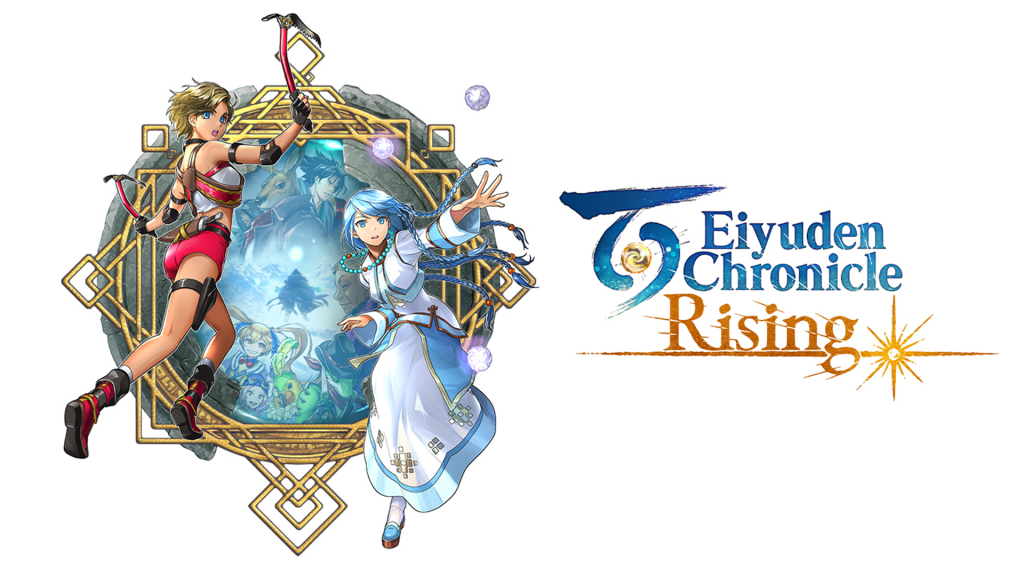 Okay Suikoden fans, calm yourself. This isn’t the Suikoden spiritual successor, Eiyuden Chronicle: Hundred Heroes, which is currently being developed by some of the top talents behind the beloved JRPG series. Instead, what we have here is Eiyuden Chronicle: Rising, a prequel that became possible due to the wildly successful Kickstarter campaign for Hundred Heroes, developed by Natsume Atari.

Worth noting also is that from a gameplay perspective, Rising shares almost no gameplay similarities with Suikoden. Whereas Hundred Heroes will very much tap into the JRPG roots of its creators, Rising instead presents itself as a fast-paced 2D action RPG, the type that will be familiar to fans of titles like Dragon’s Crown or Odin Sphere. Whilst this might not be the main course that Suikoden die-hards will still have to wait for, Rising is a fantastic game in its own right and serves as a wonderful entry point to the world and characters of Eiyuden Chronicle. 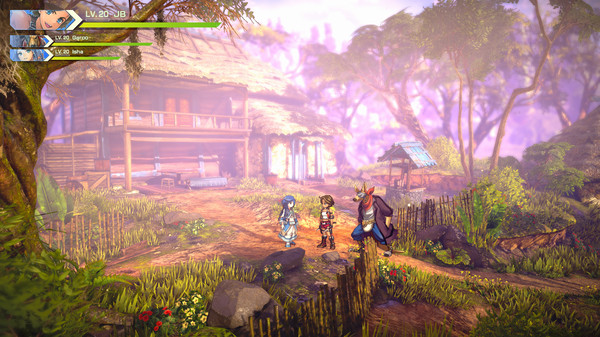 Though the gameplay may not follow traditional JRPG tropes, the set-up for Rising will feel welcoming and familiar to fans of classic role-playing games. You’ll step into the shoes of CJ, a scavenger and adventurer, as she makes her way to New Nevaeh. New Nevaeh, a mining town, has become something of a hub for adventurers due to the discovery of “Runebarrows,” which are mines that are capable of providing immense wealth and were found following a recent earthquake. Complicating matters, however, is the state in which the quake left the town, and the monsters released by the disaster. So it falls on CJ to start assisting the townsfolk to help restore the town whilst obtaining herself an adventurer license so she can begin exploring the barrows in full.

If that all sounds rather mundane, don’t worry, this does all start to feed into a larger conspiracy involving the disappearance of the acting town mayor’s father, the reason for the sudden appearance of monsters, and ultimately, the big evil that will no doubt heavily feature in Hundred Heroes when it drops next year.

It does take a while to get there, though. Much like the JRPG inspiration of Hundred Heroes, Rising‘s opening a couple of hours is a slow burn that takes time to world-build as it introduces you to the wonderful cast of characters. I was fine with this, and as with any new franchise, I always appreciate it when developers take the time to ground you in their world. It does mean that you can expect to spend your first while in Rising performing plenty of busywork, such as helping a kid find her cat and restoring buildings following the devastating earthquake.

There’s Work To Do 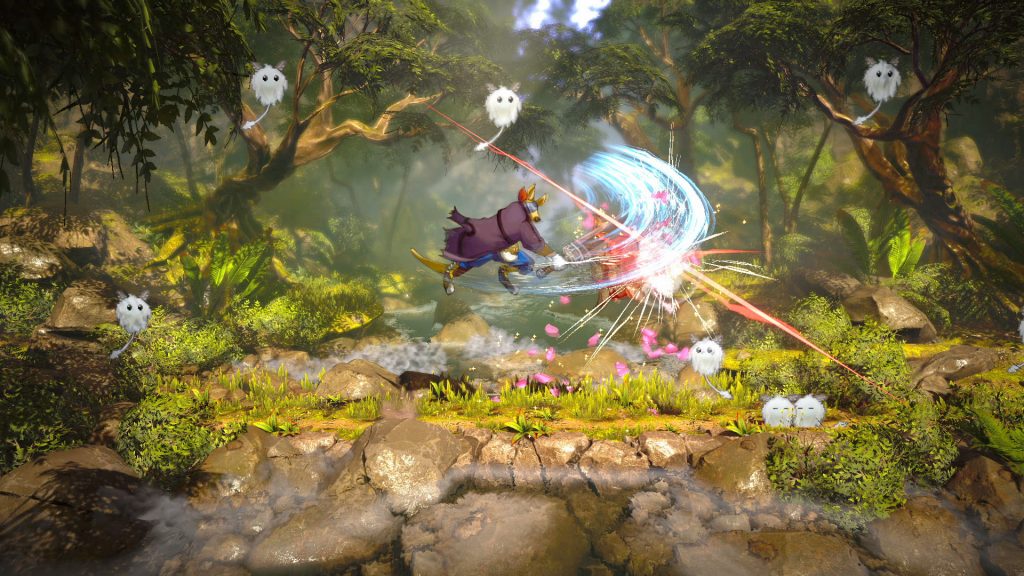 In fact, building restoration is something that you should get used to if you intend to spend a lot of time with Rising. In a move I found somewhat surprising, it places quite a heavy focus on town-building, which ultimately makes sense given the backdrop of a town that has recently been ripped apart by an earthquake. It’s worth pointing out that a lot of this content is pretty much mandatory as well if you truly want to be able to get the best out of your time with Rising, as upgrading the town gives access to critical features such as inns that provide passive buffs, and other means by which you can upgrade your gear and tools to allow you to take on tougher enemies and access hard to reach areas.

This heavy focus on town building isn’t something that I was particularly keen on in the early hours, where it results in a lot of fetch quests that have you traversing the same areas over and over again in search of materials. Thankfully, actually gathering resources is as simple as pressing the attack button over resource nodes – provided that you have the correct tool in your inventory, you don’t need to switch between the equipment and the basic attack button; instead, it just knows that you have the correct equipment. It makes resource gathering pretty seamless, and before long, I had settled into a pattern of passively gathering resources without even realizing it, removing a lot of the effort and backtracking that would have otherwise been required. 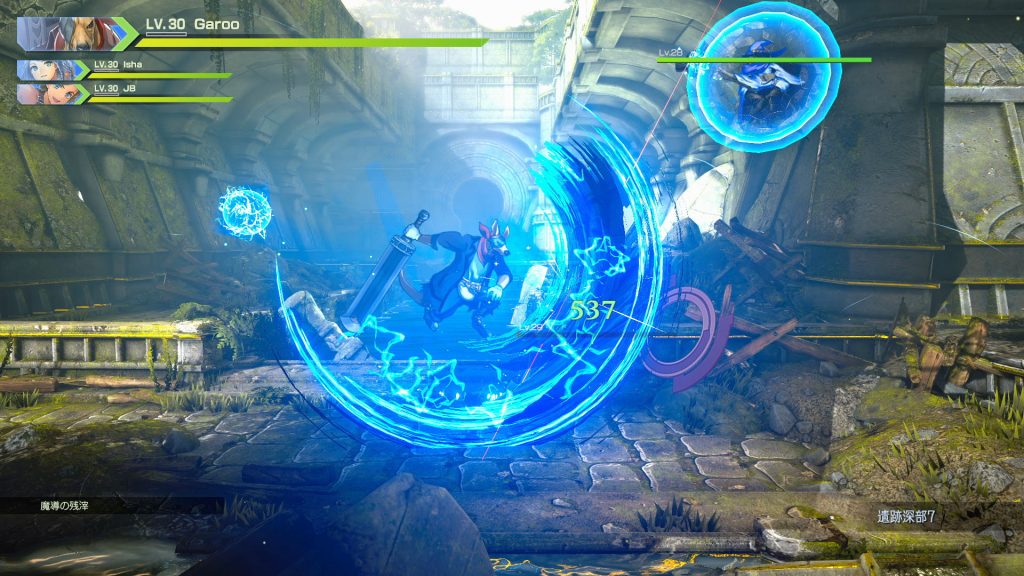 When you aren’t gathering resources, the vast majority of your time will be spent engaging in Rising’s combat, which is where the inevitable comparisons with titles like Odin Sphere will come in. Thankfully, much like the exhilarating combat in Vanillaware’s classic, Rising provides accessible yet flashy battles that make the moment-to-moment gameplay an absolute treat.

Admittedly, much like the rest of Rising, things start off at a slow pace. With only CJ in your party at the outset, combat capabilities across the first couple of hours are extremely limited, to the extent that the combat system doesn’t make the greatest of first impressions. With only a simple two-hit combo and a special ability that enables dashing, enemy encounters in the early stages amount to nothing more than hammering the attack button, whilst dodging out of the path of enemy attacks.

Give it some time, though, and things get better. A lot better, in fact. Additional party members add further functionality that you can swap to on the fly and each with their own special moves. Upgrading the town lets you access new armors that provide additional moves, like launching attacks to facilitate juggles, or mid-air side steps that enable you to get up close and personal with flying enemies. Link attacks soon become critical, allowing you to do devastating damage whilst timing your attacks as you swap between party members mid-combat, as do the elemental magic attacks you’ll have at your disposal a few hours in.

A lot is going on then, and that’s before you even take into consideration the ancillary mechanics that can also augment the combat experience, such as the ability to craft meals and potions that all provide passive buffs to certain stats depending on how you like to play. Thankfully, it never feels overwhelming, with the quests that unlock various mechanics structured smartly so that you always have a chance to get to grips with one mechanic before another is introduced.

Also, the various avenues of progression all feedback nicely into the town building aspect. As you build more facilities and subsequently upgrade them, they’ll reward you with further ways in which you can expand upon your combat prowess. It becomes incredibly addictive and turns the town building from something that drags at the outset, into a hugely satisfying part of Rising’s gameplay loop. 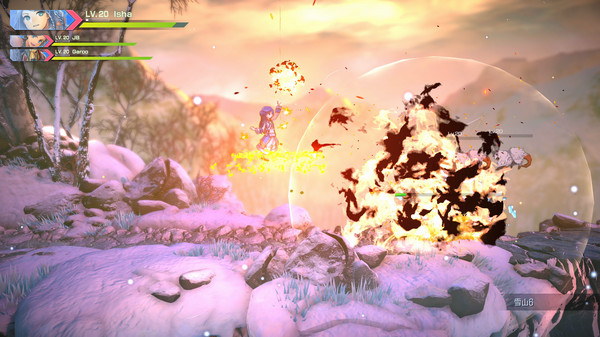 It all looks amazing in action as well. Thankfully the 2.5D look that Hundred Heroes is adopting has made its way to Rising also. Whilst the action takes place entirely on a 2D plane, and across fairly simple levels, the art direction itself is a feast for the eyes. Using a mix of fully 3D assets, watercolor-esque backgrounds, and lovingly designed pixel art for the characters and enemies, Rising employs a mix of visual techniques that sound like they shouldn’t work on paper, but in fact, come together perfectly.

The adorable art direction also helps keep the constant stream of combat feeling fresh and exciting. Whether you’re taking on basic trash mobs (which also have a ton of variety to them), or fighting against the odds against one of the screen-filling bosses, combat looks slick and stylish. Honestly, I’d be very surprised if any other game this year tops Rising in terms of how damn gorgeous it is to look at.

The soundtrack, on the other hand, didn’t make anywhere near as much of an impression on me as the visuals did. There’s nothing wrong with it, but very little of the music stuck in my mind. Bear in mind that this is a prequel to a game that is pitched as a love letter to Suikoden and JRPGs, and if Hundred Heroes wants to live up to the greats it’s inspired by, the soundtrack will, of course, play a huge part in that. Here’s hoping then that Hundred Heroes improves on this. 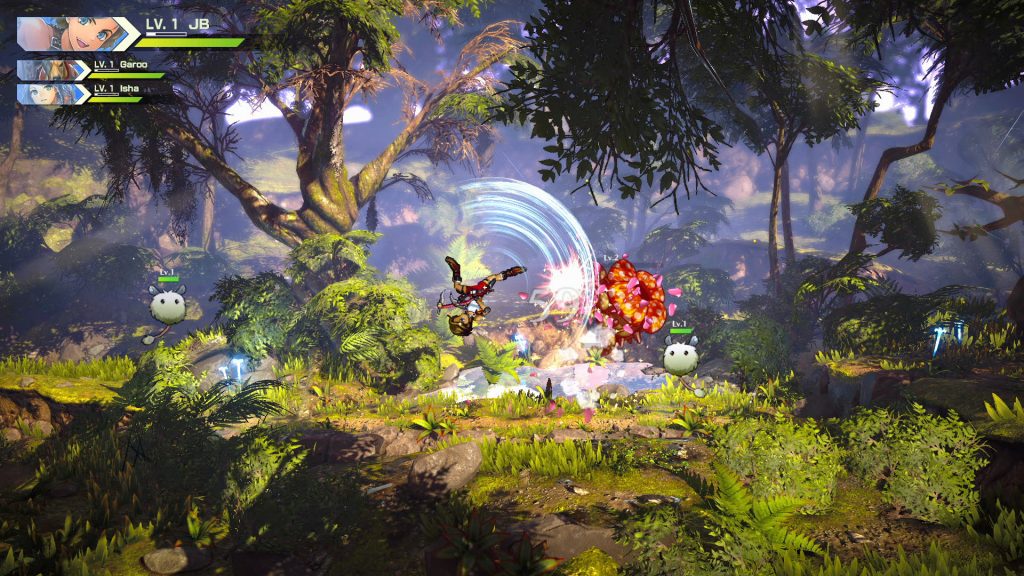 Perhaps the most pleasant surprise I took from my playthrough is just how substantial a package Rising proved to be. If you just took the main quest on its own along with the mandatory town-building quests, you’d probably be looking at close to twenty hours to beat the game. There’s so much more than that here, though, and I always had a plethora of side quests available to me, as well as optional town restoration activities that got me totally hooked. I’m confident that if you took your time to fully complete everything Rising has to offer, you’d be looking at thirty hours, easily.

What’s more, this is a $14.99 release. I’ve spent full price on AAA games that offer way less than what’s on offer here, and I cannot overstate the value proposition of Rising enough. It makes me truly excited to get my hands on Hundred Heroes when it releases because I suspect we may be looking at a monster of a JRPG if what’s on offer here is anything to go by.