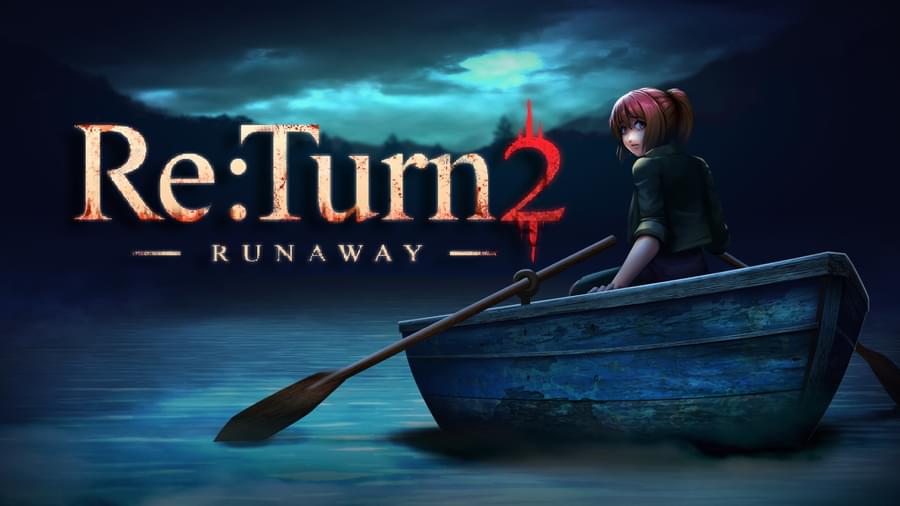 Back in 2020, Red Ego games released a horror title called Re:Turn – One Way Trip. It was a short little game about a girl named and her friends who, while camping, come across and subsequently decide to explore a creepy derelict train—this was not a good idea. Normally, abandoned locations are already pretty dangerous on their own. Not only do you not know who or what is currently living there, but, like, you’re totally running the risk of catching tetanus when you look into places like that. Hard pass on that one. The train Saki & co. decided to explore has something scarier (or at least as scary) as tetanus, though—ghosts. Mainly, a ghost by the name of Ayumi who’s hellbent on killing and/or trapping everyone who steps foot onto the train forever. And, between you and me, she was pretty good at it.

All-in-all, I liked Re:Turn. But I also thought that it had its fair share of problems. Despite its interesting premise, captivating atmosphere, and promising setup, a lot of the game felt like little more than a horror-themed walking simulator—and I really found myself wishing that they would address a lot of the issues in the sequel (which they very heavily inferred was coming out at the end of the game). And, would you know it, the time has finally arrived. It’s 2022, and I’ve been able to spend some time with Re:Turn 2 – Runaway. The good news? It did actually address some of my concerns! But I still don’t think that it’s done enough.

A quick warning before reading any further: This review contains major spoilers for the original Re:Turn – One Way Trip!

Just You and Me, my Dear Saki 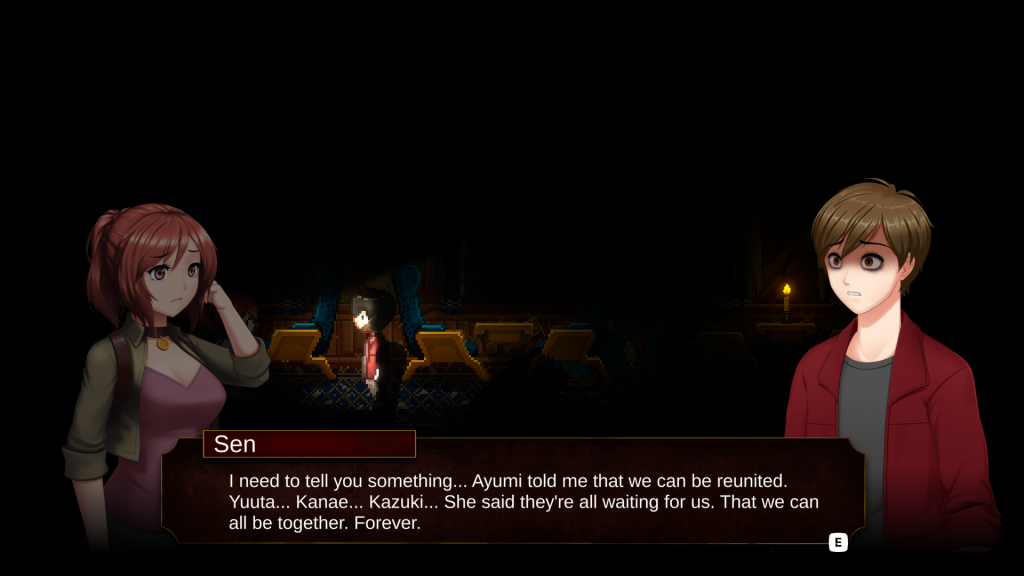 Re:Turn 2, as far as I can tell, ends right around where the original Re:Turn ended (it feels like a little bit of retconning went on, though). Saki and her fiancé Sen, the only two survivors, have made their escape from Ayumi and have finally reached the exit—they’re actually going to make it! At least they would have if they were both in their right minds. You see, while both of them did escape physical harm at the end of the last game, Saki’s mind was the only one to remain untouched. Sen, on the other hand, seems to have gotten himself possessed—and possessed in a really bad way. While this initially manifests as little more than Sen (very poorly) attempting to convince Saki to live on the train with him, things eventually get violent—violent enough that Ayumi herself shows up and sends her giant shadow monster pal to chase our poor protagonist down. Amazingly, Saki does get away. …But she could never live with herself if she just left her friends on that train, so she doesn’t stay away for very long.

As far as sequels go, Re:Turn 2 does nicely in the storytelling department. Part of this comes from the enjoyment that I got watching Saki grow as a protagonist. While still (understandably) scared out of her wits for just about all of the game, her experiences from the previous Re:Turn let her bypass the initial “figuring things out” stage that most protags have to go through and let her jump straight into the thick of the plot (although this game 100% assumes that you’ve played the first game, so be warned!). Another thing that I really liked about this game was how much it focused on the antagonist, Ayumi. Rather than throwing another seemingly unrelated character at the player control during the “time travel” chapters, Re:Turn 2 lets players take control of Miss Misery herself (pre-ghost, of course) in order to find out just what exactly to cause her to become what she is today. Take those enticing narrative morsels and add the fact that the game is entirely voice acted, and I’d say that you definitely have a recipe for improvement in this department. 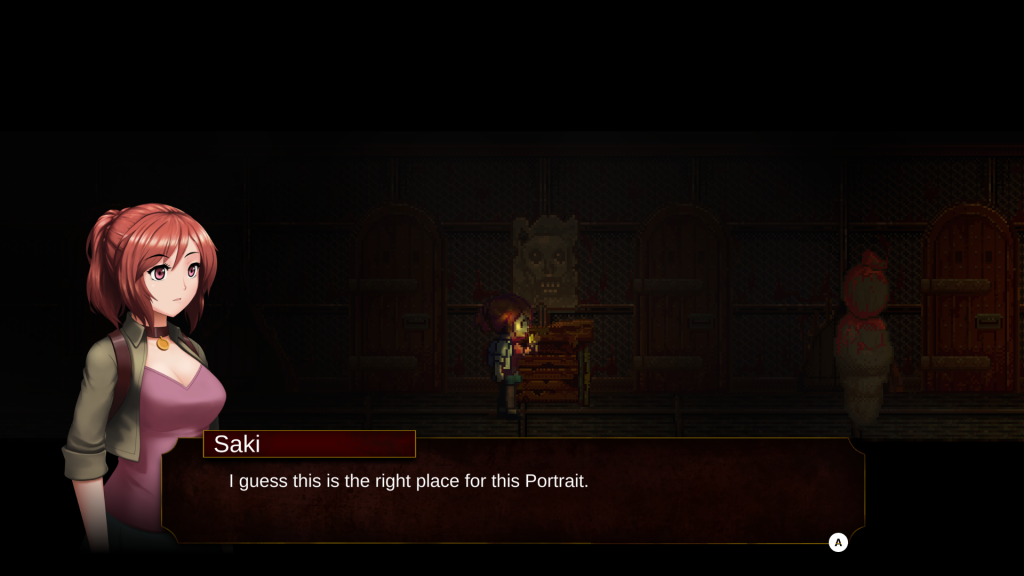 To be fair, a poster with a giant skull would look fine just about anywhere in this place.

If you’ve played the original Re:Turn, I can guarantee that you should already know what to expect from its sequel. Not wanting to rock the boat (heh, get it?), Re:Turn 2 matches the same style of atmospheric, 2D side-scrolling gameplay as its original, with players once again needing to carefully explore their surroundings in order to uncover clues and find items that may solve whatever puzzle they may be presently wrestling with—because puzzles, once again, are very much at the center of this game. They do feel somewhat different this time around, however, and I’ve had some difficulty deciding why exactly that is. And, no, it’s not just the fact that they added an additional lens to the flashlight (although that was a pretty cool idea).

Re:Turn 2‘s puzzles feel a little different from the first. And, after a little bit of thought, I think I’ve figured out why—they’re not as detailed. The original Re:Turn was extremely puzzle-heavy, with each of the game’s short chapters basically revolving around some kind of overarching puzzle that needed to be solved in order for the player to progress to the next area. However, while puzzles are still featured very prominently in this game, it doesn’t feel as though Re:Turn makes the player go through as much to solve them. Truthfully I was a little disappointed. I liked the first game’s puzzles. I get that puzzle-solving probably shouldn’t be featured as heavily as it was in the first game, though, so I probably shouldn’t raise too much of a fuss about that.

By the Skin of Your Teeth 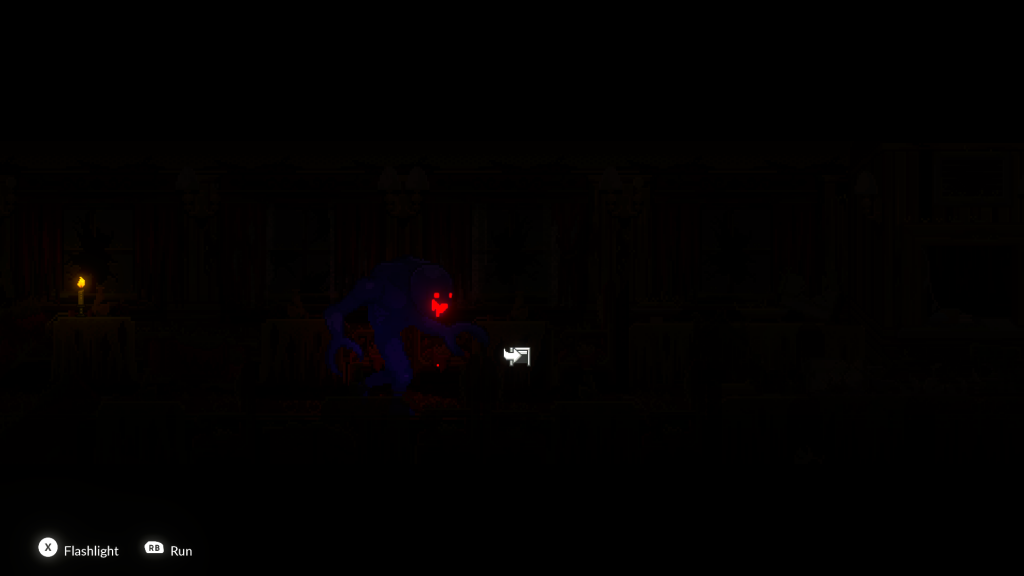 That’s right… nothing to see, here.

So, I know that I already went over why I thought puzzles weren’t quite as difficult in Re:Turn 2, but it turns out there’s one more thing that I forgot to mention. I have a feeling that this game doesn’t go all-out with the puzzle-solving aspects this time around because, unlike with Re:Turn, this game actually places the player in danger. One thing that I found myself particularly at-odds with when it came to the first Re:Turn was its lack of credible threat to the player. Aside from a single chase scene and, like… maybe one or two QTEs, the entirety of Re:Turn was surprisingly safe—and it didn’t try that hard to make you feel otherwise. Re:Turn 2, however, actually has monsters! And they’re programmed pretty well, too! To be fair, this game is still far from being a monster fest, but that’s totally fine. It doesn’t need to be. All I wanted was the occasional bout with danger to keep me on my toes, and the fact that Re:Turn 2 delivers on that front makes me plenty happy.

Keep On Keepin’ On

Re:Turn 2 – Runaway may not be perfect, but it ironed out enough of the bumps present within the original Re:Turn to keep me hopeful. Shortcomings aside I still really enjoy the series that Red Ego has been building for us, and I’m hoping that they’ll continue to improve with yet another return to the series in the future. If they do, I’m sure that it’ll be even better than what we’ve got, now!

Full disclosure: This review is based on a copy of Re:Turn 2 – Runaway given to Hey Poor Player by the publisher.