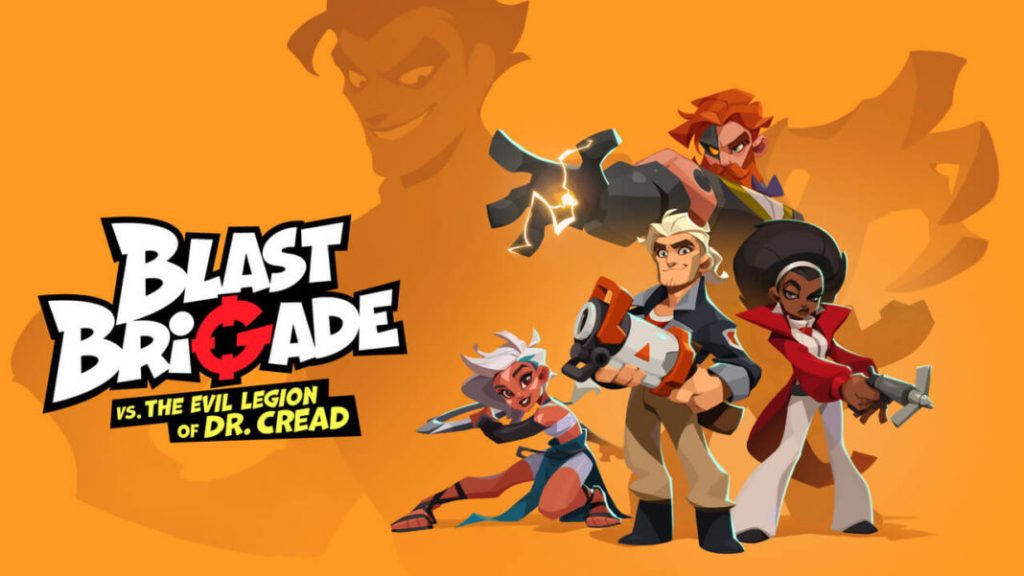 There are a few core pillars that any Metroidvania needs to nail to provide a compelling experience. Those can usually be narrowed down to rewarding exploration, compelling progression, and satisfying combat. Thankfully, Blast Brigade vs. the Evil Legion of Dr. Cread, developed by Allods Team Arcade, succeeds in not only getting these fundamentals absolutely on point, but also manages to do so with a level of style that has resulted in one of the best indie contributions to the genre in recent memory. 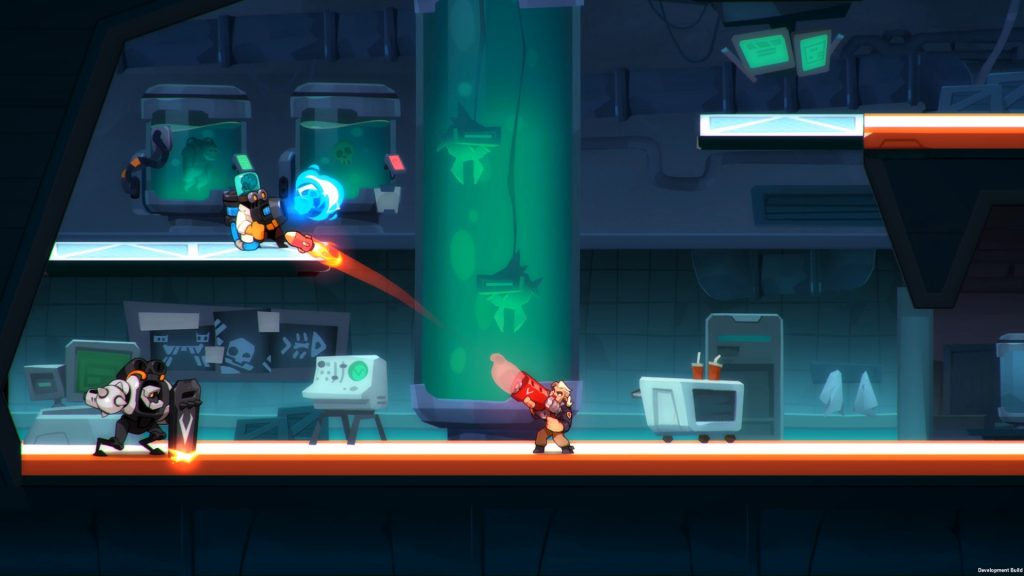 Before diving into the gameplay, I have to touch on Blast Brigade’s premise and presentation, because outside of Hollow Knight, this is easily my favorite Metroidvania in years. At least as far as the world and art direction are concerned.

If you’re a fan of cheesy 80’s action films, the type that is light on plot and heavy on body counts, then Blast Brigade’s simple set-up is all but sure to resonate with you. Initially taking control of Jeff Jefferson, players are let loose on an island that has been invaded by the nefarious Dr. Cread who intends to enslave the island’s natives to help him build his destructive doomsday robot.

Along with Jefferson, and other playable characters that eventually join up for the ride, it’s up to the player to bring an end to the evil scheming of Dr. Cread and his cohorts in a quest to restore peace to the island. And that’s about as complex as the story gets. There are a few twists and turns along the way, but things are kept refreshingly simple in a way that lets the exemplary writing and presentation take center stage.

See, Blast Brigade leans heavily into the simplicity of 80’s action flicks, but it does this whilst also pulling from the presentation and levity of Saturday morning cartoons from the same era. The entire package looks and sounds like something straight from the screens I spent hours in front of as a kid. The cartoon aesthetic is bright, colorful, and full of depth and detail. Coupled with writing and a cast that is frequently laugh-out-loud hilarious, I frequently ended play sessions thinking to myself, “damn, I would love someone to adapt this world and universe into an animated series”. 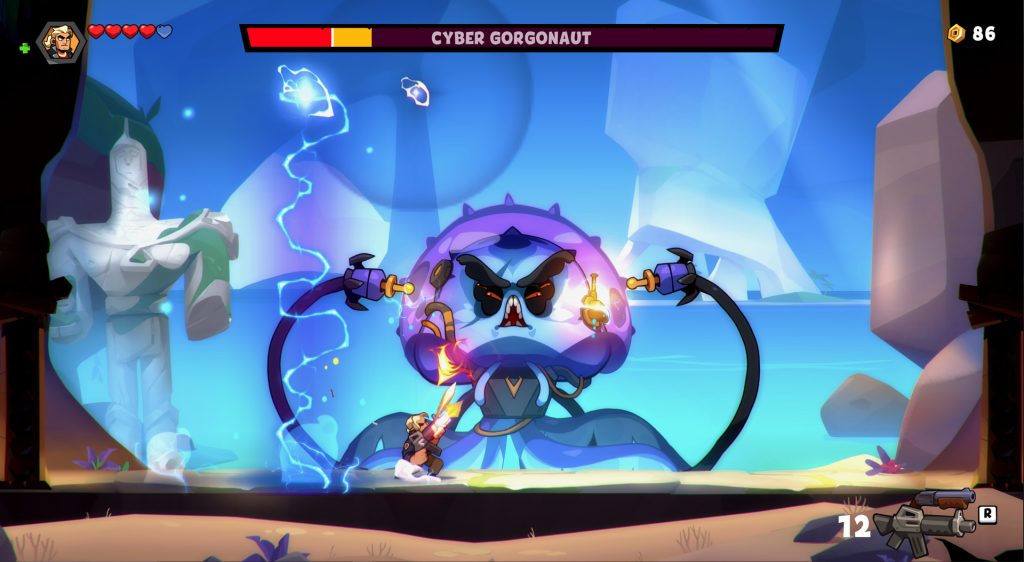 Slick presentation will only get you so far though, so it’s fortunate that Blast Brigade has an incredibly fun gameplay loop that compliments the rest of the package.

Given the love for 80’s action on display, it’s perhaps not surprising to learn that the majority of your time in-game is spent mowing down wave after wave of enemies with an absurd amount of firepower. As players explore the various biomes, which are wonderfully varied and range from luscious jungles and golden beaches to dank sewers and hi-tech villain lairs, there is an almost constant stream of enemies being funneled towards you.

With combat being the focal point, I’m glad to report that irrespective of whether you are using the standard assault rifle, or some of the heavier hitting weaponry such as the shotgun, sniper rifle, or grenade launcher, combat feels snappy and responsive. Enemy variety is also well thought out; throughout the twenty or so hour runtime, you naturally run into a lot of repeated enemies, but between Dr. Cread’s well-equipped army and the bloodthirsty native wildlife, the game almost always managed to insert a new enemy type into the equation any time I began to feel overly comfortable with the foes I was encountering.

The combat really comes into its own during the excellent boss battles. In a genre stuffed to the gills with memorable boss battles, it’s to Blast Brigade’s credit that it’s able to stand shoulder to shoulder with the competition in this regard. You’ll take on everything from slimy sewer-dwelling abominations, cybernetically enhanced jellyfish, crack-shot snipers, and a whole host of other memorable opponents. These encounters will really test your reflexes as you work out the combat patterns and windows for doing damage, and it’s during these moments that you realize just how wonderful and responsive the combat in Blast Brigade is.

A Small Army At Your Fingertips 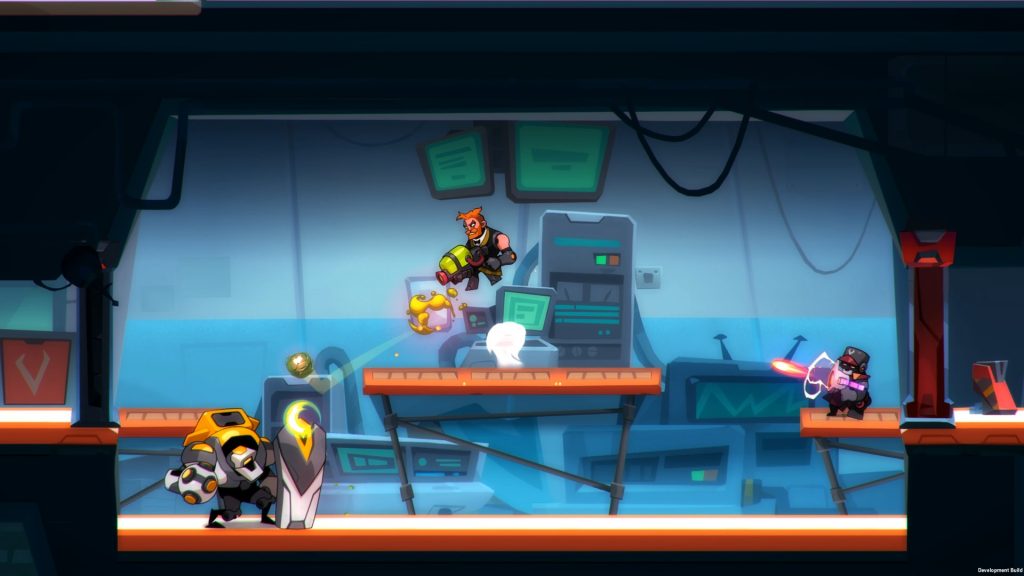 When you’re not laying waste to Dr. Cread’s army, you’ll be off exploring the wonderfully designed world. Each area is full to the brim with secrets and upgrades that are all essential if you want to roll credits. Not only are there the standard health and ammo capacity type upgrades, but there are also more unique upgrades that can dramatically alter the way you play.

After becoming very dependent on the starter assault rifle, which seemed to pale in comparison to even more advanced weaponry that gets doled out, I soon unlocked an upgrade that enabled my sniper rifle to potentially fire two shots at once on occasion, completely turning the way I had played until that stage on its head. While you are limited to how many upgrades you can have equipped, you’re free to swap upgrades on the fly, which thankfully means you’re never locked into a playstyle and are free to experiment freely with different load-outs and builds.

Beyond the general upgrades, perhaps the most important element of progression is the additional characters added to your party as you progress the story. Jeff Jefferson starts off as a solo agent but eventually is joined by Shura, Vortex, and Galahad who all bring their own unique abilities, such as Shura’s grappling hook or Vortex’s warp capabilities. With a full party, Blast Brigade really opens up as previously unsolvable puzzles and platforming sections suddenly fall into place.

You’re also free to swap between each character at any time once they are added to your party, and I lost count of the hours I would spend combing the environment with a fresh perspective each time I acquired a new comrade. It keeps the already varied biomes feeling constantly new and exciting, as areas you traversed a hundred times prior suddenly become enthralling new playgrounds each time your roster expands. 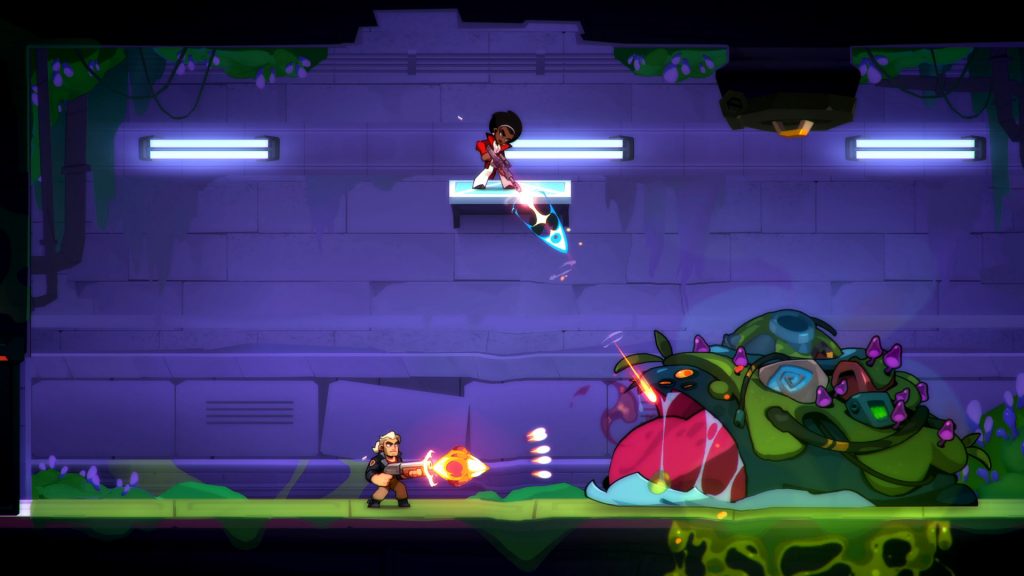 Unfortunately, discussing Blast Brigade’s varied roster brings me neatly to the frustrations I had with the game. Whilst there is no denying that adding new team members and their abilities is hugely satisfying, the pace at which you get access to these characters is a total slog. I was 5 hours in before I had obtained the first new addition to my team, and well into double digits before I had a complete party of four. It leaves the pacing feeling uneven, and the early game exploration incredibly frustrating. While I get that gradual progression is a theme of Metroidvania games, when your unique selling point is an interchangeable party of four combatants, it would have helped alleviate the drag which the early game can become had they not taken so long to unlock.

The addition of new personalities also brings with it an increased focus on platforming. Whilst you are constantly platforming to some degree as you engage in combat, from the moment you get your second teammate, prepare to be subject to some truly torturous moments that feel somewhat unbalanced and cheap. Thankfully checkpoints in the form of save rooms are usually close by when you do fail these (and you will fail). However, when I just want to get back to the incredible combat, having to redo a section for the twentieth time that requires me to navigate a deadly laser trap, where nothing but pinpoint accuracy will suffice, things can become a bit of a drag.

Despite my gripes with pacing and some insane difficulty spikes when it comes to platforming, Blast Brigade is a true gem and a fantastic addition to the genre. The stellar presentation is a delightful send-up to 80’s action and Saturday morning cartoons, creating a Metroidvania that truly manages to feel unique despite being part of perhaps one of the most saturated genres in gaming. If like me, you’re a fan of tight gunplay, rewarding exploration, and things stuffed with 80’s charm, then you’ll likely consider Blast Brigade to be twenty hours of your time well spent.

Full Disclosure: A review code was provided by the publisher