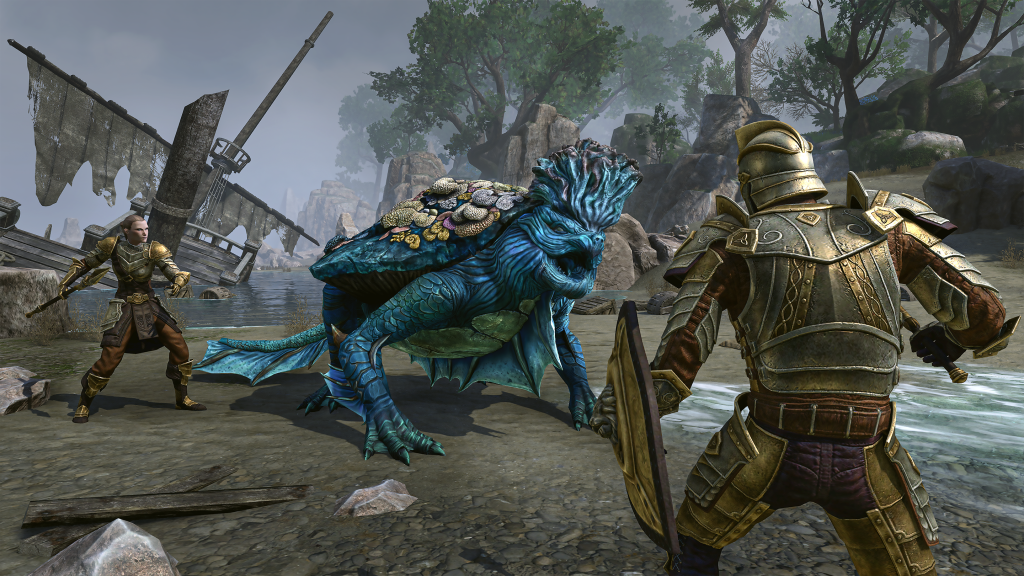 The Elder Scrolls Online has been going strong for a little over eight years now thanks to its unique take on the MMORPG genre which, quite impressively, combines typical MMO mechanics and fanfare with the first-person, single-player, dungeon-crawling action that you’ve come to expect from modern Elder Scrolls entries. Good game or not, though, people are eventually going to get bored with an MMO if it’s stagnant—which ESO has been anything but. While players were already able to explore a pretty sizable chunk of Tamriel when the game first dropped, the 20+ pieces of DLC that the devs have released over the years have at least doubled the amount of land that players can explore. And, while exploring most of the continent is cool, I’m sure that the eventual goal is to let players explore all of the continent—something which ESO‘s latest major update, High Isle, greatly contributes to. 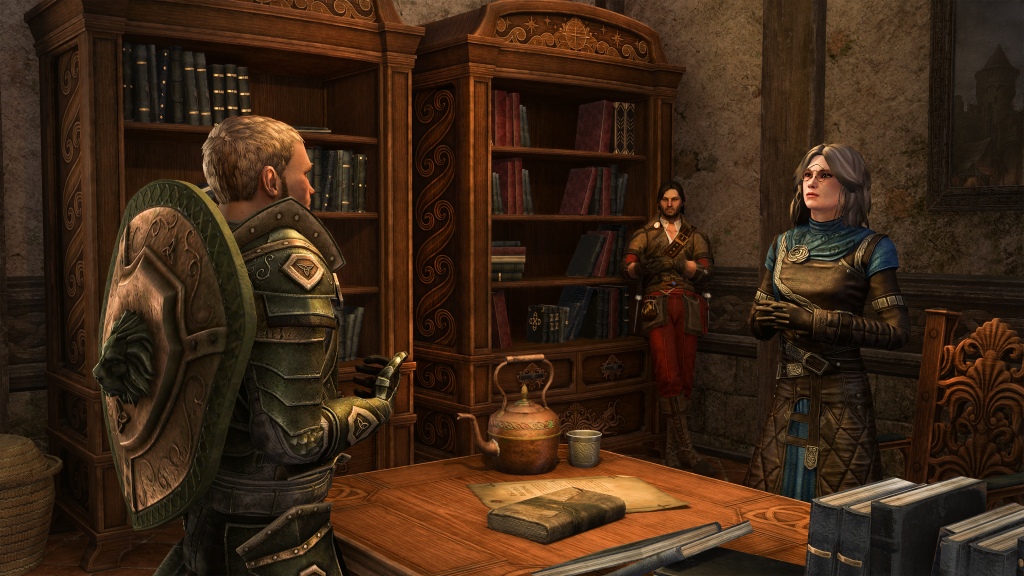 Just in case you’re brand-new to The Elder Scrolls Online, let’s briefly go over the intro. The begins with the player waking up in the middle of a jail cell, not knowing exactly where they are or how they got there. It’s not what you think, though! Rather than being thrown in jail for a crime that you may or may not have committed, you were actually magically translocated into a jail cell this time around by a mysterious woman named Norianwe. After realizing that you’ve awoken Norianwe explains that you are now on the Isle of Balfiera and have been called here to help Tamriel in its time of need, but that, while she was pretty sure you were good, she needed to make 100% certain you weren’t going to immediately try to kill her upon arrival. The good news? You didn’t! The bad news? She also accidentally summoned a Daedric beast by the name of Shyazzel alongside you—and that thing absolutely wants her (and probably everyone, really) dead. Fortunately, it doesn’t really prove to be a problem and you eventually make your way to a place known as the Keywrite’s Gallery which can basically transport you anywhere you’d like. But, for the sake of this preview, you can bet that we’re headed straight for High Isle!

So far, we’ve mostly talked about a plot revolving around saving the world (or, at the very least, Tamriel), and demonic creatures from realms beyond our own that want to destroy everything that we hold dear. And, truly, that’s what most of ESO‘s storylines are about—sweeping “save the land” plots that involve you going up against the big bad. Honestly, that’s fine—stories like that are always a good time in my opinion, and I don’t ever really get tired of knocking the Daedra down a peg or two. Still, I can’t deny that a change of pace is nice every now and then. And a change of pace is exactly what High Isle‘s plot is all about (metaphorically speaking, of course). 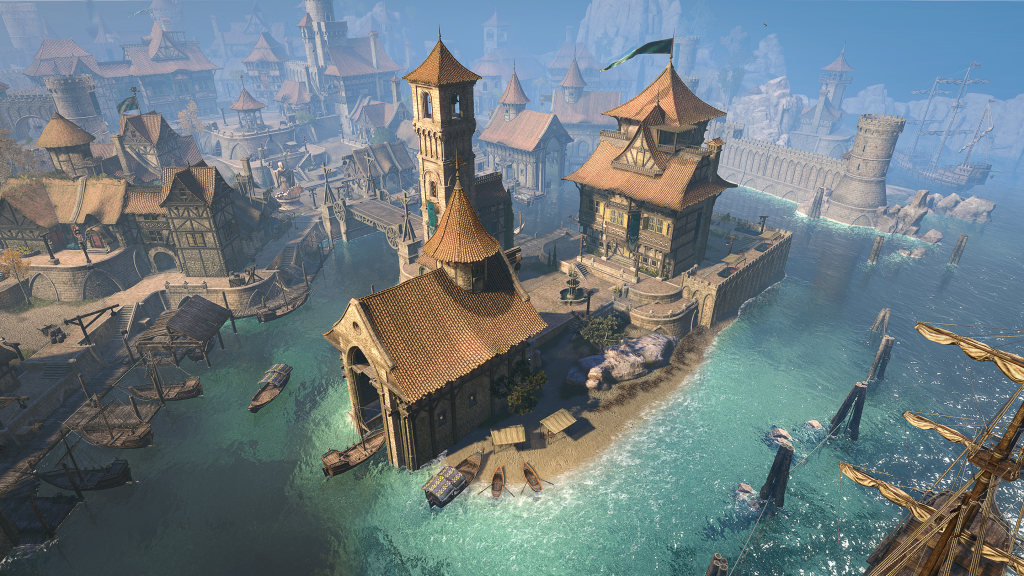 Rather than once again stepping into Oblivion, High Isle‘s overarching questline is much more grounded in reality, choosing instead to focus on the pivotal Three Banners War—or, more importantly, a potential end to the Three Banners War. Of course, things aren’t going to be as easy as saying “okay, we’re done fighting.” Even if those involved in the war wish to lay down their arms, there are other forces which seek to keep all three sides in conflict—and it’s up to little ‘ol you to find out what’s going on! At first, that might not sound quite as exciting as some of the other questlines that ESO has come out with over the years. I totally get that. But, in all honesty, I think that the devs have done a great job with making something as mundane (comparatively speaking) as political intrigue just as exciting as everything else that’s been put into the game. There’s just as much risk and excitement with this new questline as any other—it just doesn’t come in a form that can make you explode by looking at you (there’s a Daedra that can do that, right?). 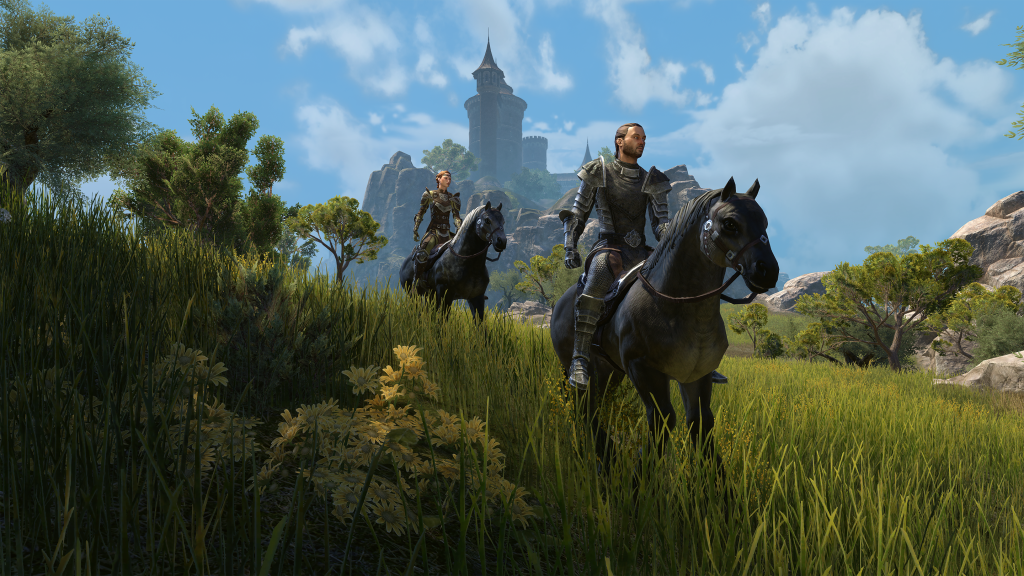 High Isle may not look particularly big when you look at it on a map, but it’s quite a different story once you set foot on the island itself—which is especially exciting considering that we’ve never really had the chance to explore this area before in, like, any Elder Scrolls game ever. In essence, the entirety of High Isle itself is kind of this Elder Scrolls-y take on something that you’d find in the Arthurian era. Everything is very feudal. And, I get it—this series naturally leans toward feeling like that, anyway. But there’s something a little more lighthearted and magical about the way that certain parts of High isle is created. It doesn’t feel like it’s rehashing old territory (which is probably because it literally isn’t)—it’s a brand-new land for a brand new journey.

But, uh, not everything is sunshine and rainbows over in King Arthur’s court. Remember how I said that this was a politically charged campaign? Well, it’s so politically charged that the High Isle DLC even comes with a prison island called Amenos where people store, *ahem*, unwanted political guests. As expected, Amenos is basically everything that High Isle isn’t—it’s a dense, swampy, jungle-y hell on earth teeming with so many natural dangers that people don’t even bother to guard the prisoners on the island once they’ve been dropped off. Of course, it makes for a really exciting time for adventurers like you and I, but, yeah, if I were a political prisoner I’d probably hate it there. 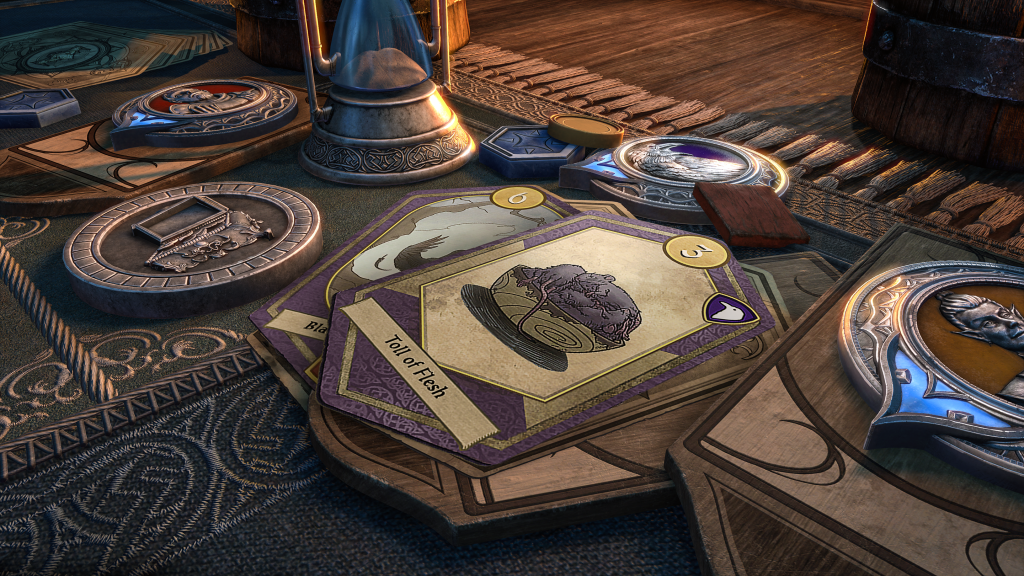 Last, but not least, we have a… *checks notes* trading card game? Okay, okay, I kid! What, no, I’m kidding about being confused. There actually is a TCG in the new expansion! Titled Tales of Tribute, this card game is essentially the answer to the long-standing question “what do adventurers do when they aren’t killing things or trying to ride a horse up an impossibly steep mountain?” Surprisingly (or perhaps not), Tales of Tribute is quite complex, and I could probably write an entire preview covering this single piece of content alone. In lieu of that, however, I’ll just save you the trouble and give you the TL;DR—it’s a little tricky at first, but once you start to understand the intricacies a bit it gets really addicting really fast.

High Isle may be small in size, but it has a lot of content to offer—and I won’t even begin to pretend that I was able to do every last thing during my short time with the demo. However, what I can tell you is that The Elder Scrolls Online: High Isle absolutely has plenty for players to look forward to. Its official release may still be a little way off, but I know that I’ll eagerly be awaiting my return to the land of the Bretons so that I can finally put an end to the political tyranny once and for all! …Or, um, you know, just sit around in a bar and play card games. Whichever sounds more fun at the time.

I hunger! I’m usually not one for games that heavily emphasize online PvP. League of Legends, Starcraft, Call of Duty… those games are all great, and I totally respect…