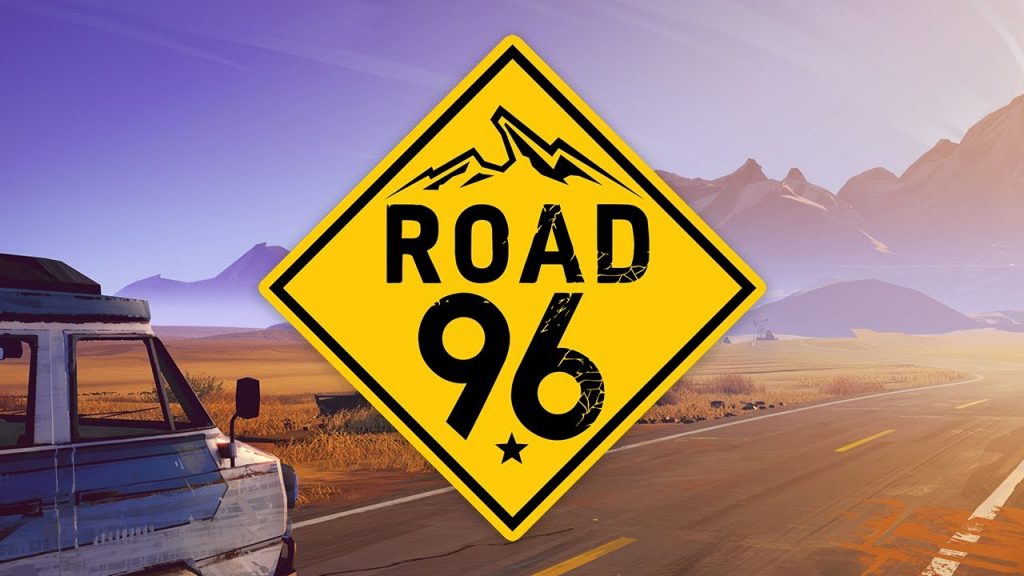 Few games have the courage to be as overtly political as Road 96. Even games that clearly have a message often make sure everyone hears that they aren’t actually political, that we’re all just imagining those obvious themes and ideas behind them. There’s none of that hiding in Road 96. Despite being set in the fictional nation of Petria in the 90s, it has clear ties to our world today, which are hard to escape from. It also asks some interesting questions about power and the ways we can respond to it, while offering an interesting gameplay experience that combines elements of roguelikes and visual novels.

You start each run of Road 96 by choosing a runaway teenager. They don’t have a name or much in the way of character, but you’ll see how long they’ve been on the run, their health, and the money they have on them, as well as how far they are from the border. All of the teenagers you’ll be playing as are trying to get to the border and escape the country, though you’ll have more than a few things standing in your way. 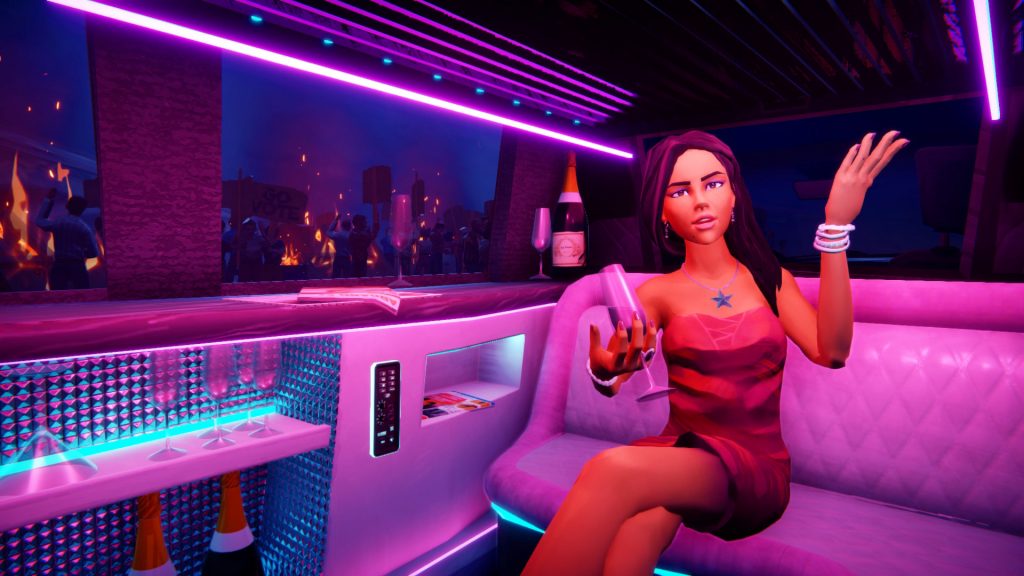 That’s because Petria is ruled with an iron fist by President Tyrak. He’s been in power more than a decade, and while there’s another election coming up, all the questionable polls show him way in the lead. Things have gotten so bad that teenagers are fleeing in droves, though it’s never really explained why teenagers are the ones running. There are some brief mentions of them being sent to work camps, but that seems to only be those caught trying to escape, so it doesn’t make a lot of sense as a reason for this group, in particular, to try to escape.

As your teenagers make their way to Road 96, which sits at the border, you’ll have to make a variety of stops. Diners, bars, random spots on the side of the road, here you’ll interact with the game’s actual characters. A group of eight individuals will pop up repeatedly as you make more runs. These include a member of a resistance group hiding a hidden transmitter in his big rig, the cop he’s in love with, her teenage son who is on the road himself for different reasons, the anchor of a mostly state-run television network, the twin robbers who are obsessed with protecting her, a taxi driver with dark vibes, and another teen on the road herself.

Friends On The Road 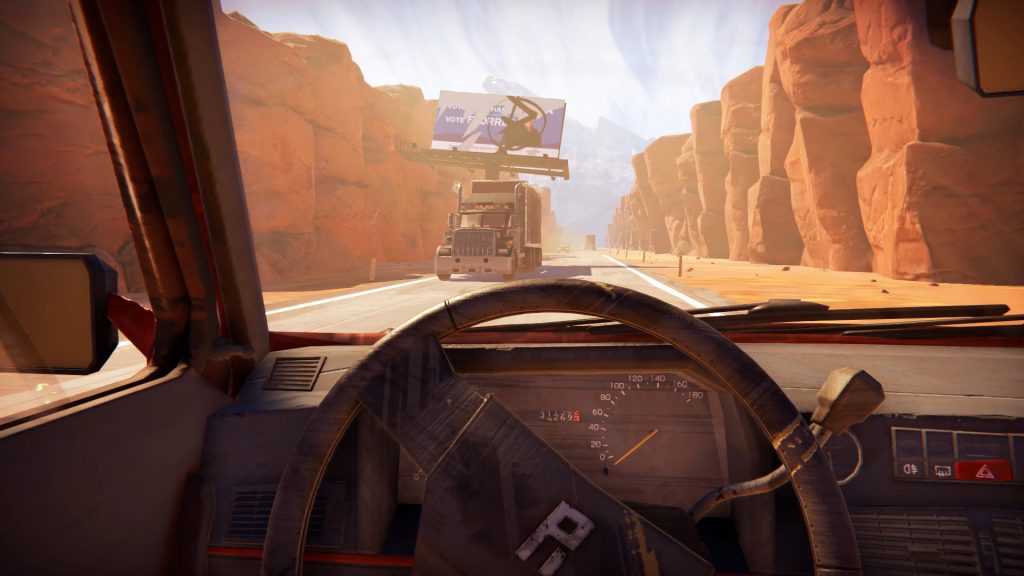 While your playable characters don’t have a lot of personality, these eight characters do. Each time you make a run through the game, you’ll run into a few of them, advancing their stories and seeing echoes of the runs you’ve made before. In addition, characters make mention of their interactions with your past teens, and sometimes your actions can have larger implications that get the whole country talking. Road 96 tells the stories of both these eight characters and the country as a whole as it rushes toward election day.

Your interactions with these characters often turn into minigames, some of which can be a lot of fun. For example, you may have to dodge traffic during a high-speed chase, shoot a nail gun at a car chasing after you, or throw money at a car chasing after you; a lot of things chase after you. There are other fun minigames, too, such as working at a bar or as a gas station attendant, many of which give you the option to make money. 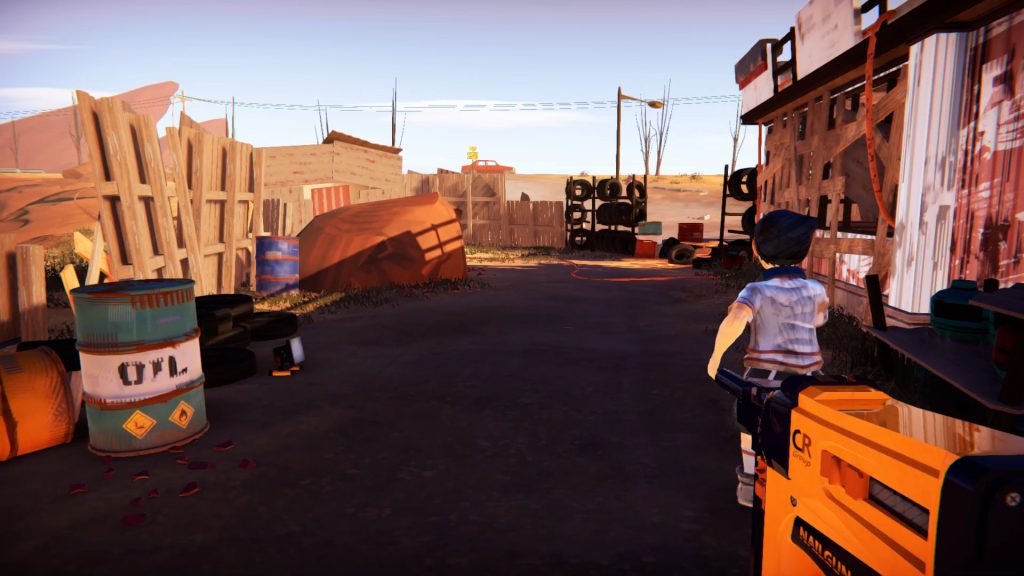 You’ll need all the money you can get too, because the road is no easy place to be. Over time, your characters will lose stamina, which you can only refill by either eating, drinking, or sleeping. You’ll find some ways to do all three for free, but the most consistent way to do so is to spend some money. If you can’t earn it, you can also steal from various characters and businesses, though the game promises this will have consequences. Running out of stamina ends your run, with your character dying. There are other ways to die on the road, too, and you can also get yourself arrested, stopping your trip to Road 96. While your individual characters may not have any real personality, I still felt a sense of loss any time I failed them, and they didn’t make it across the border.

Hopefully, you’ll have some money left when you reach the border, too, because while there are a variety of ways to sneak across, from hiring a smuggler, hiding out in a semi truck, climbing a mountain, or sneaking through underground tunnels, the best ones require some funds. As you get more and more teens across, you’ll also see the game adapt, closing off past routes and requiring you to keep getting creative. I appreciated how the world evolves over time.

I just wish that evolution had a bit more impact on your individual runs. While many of your actions are said to have an impact on the game, in practice, that impact is fairly minimal. It all comes together in an ending that also feels far too convenient, not seriously reckoning with much of the themes the Road 96 brings up. In the end, it feels like Road 96 doesn’t have nearly as much to say about these topics as it thinks it does. It sticks the landing when it comes to its individual characters, but much less so regarding the overarching plot. Still, those character stories are engaging, the mini-games you’re thrown into are consistently fun, and Road 96 looks and sounds great. It all makes for a trip that’s worth taking, as long as you know what to expect.

Full disclosure: This review is based on a copy of Road 96 provided by the publisher.

A furry feline pounces in from last decade!   Cutesy platformers with rebellious anthropomorphic lead characters haven’t exactly been in fashion for some time. Even way back in 2005,…