Into the Basement One More Time 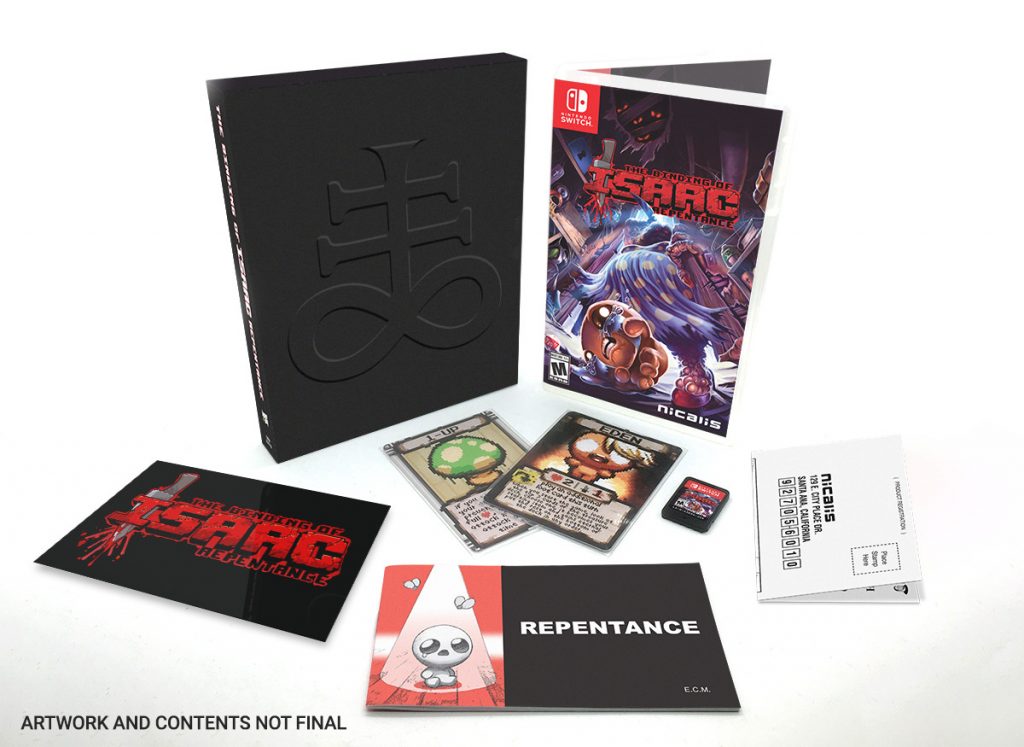 What’s that, you have money burning a hole in your pocket and want to know more? You’re in luck. The Leviathan Box will cost 79.99, as opposed to the regular physical edition of Repentance which goes for 59.99. It also has some sexy bonus items, including two promotional cards from The Binding of Isaac: Four Souls board game, a retro Eden card and a retro 1-Up treasure card. Keep in mind the contents are not yet finalized, and may still be subject to change.

If you’re a fan of The Binding of Isaac and can’t live without physical editions, this is probably the best of the best. So if you want to preorder the Leviathan Box, you can do so starting today. And stay tuned to HPP for more exciting news from the folks at Nicalis.