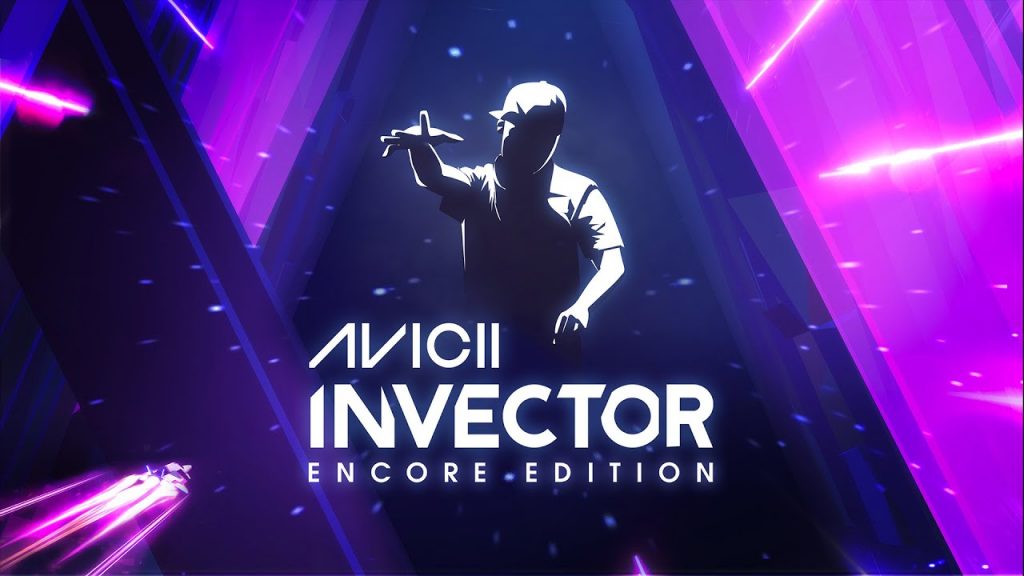 Avicii Invector Encore Edition is another rhythm-based game that’s come to the Meta Quest. It’s fully revamped, reoptimized, and reissued from its base version – a title that was a non-VR release on last-gen consoles. The game is a compelling and mesmerizing tribute to the late great Swedish DJ Avicii, who tragically committed suicide in 2018.

While I appreciate that Avicii Invector Encore Edition is a passion project from developer Hello There Games, the game, unfortunately, doesn’t bring anything new in an increasingly crowded genre.

Mashing Buttons To Grab A Score 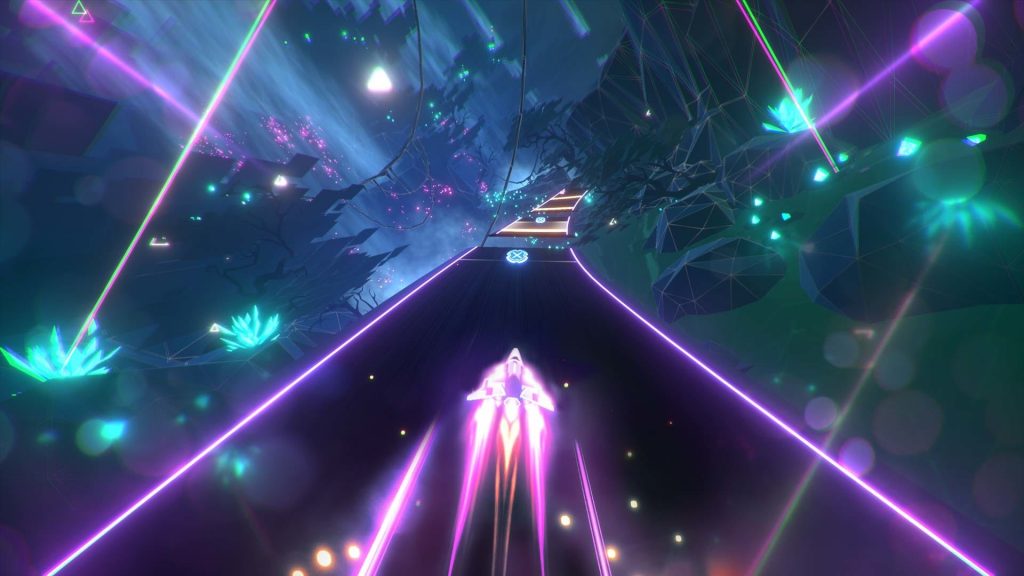 In Avicii Invector Encore Edition, you pilot an intergalactic spaceship, in the third person, through an assault course of neon lights, ethereal landscapes, and otherworldly vistas. To conquer a level, you’ve gotta press the right button at the right time to chain together a streak to the beat of Avicii’s banging back catalog. Notes are superimposed on a Guitar Hero-styled highway, and as you’d expect, timing is crucial to maintain your scorestreak. Fail to hit the correct sequence or miss the timing, and you’ll break your streak.

At the end of each run, you’ll be given a score, with a ranking at the end, depending on the difficulty you’ve just played at. It’s all standard stuff; similar to Beat Saber, Synth Riders, and Unplugged VR.

There are 35 levels in total, and some are locked at the start. To unlock them, you’ve got to play through a series of tracks for each zone. Once you’ve been through each track, you’ll unveil the next batch of tunes to play through, which is a bit of a shame. 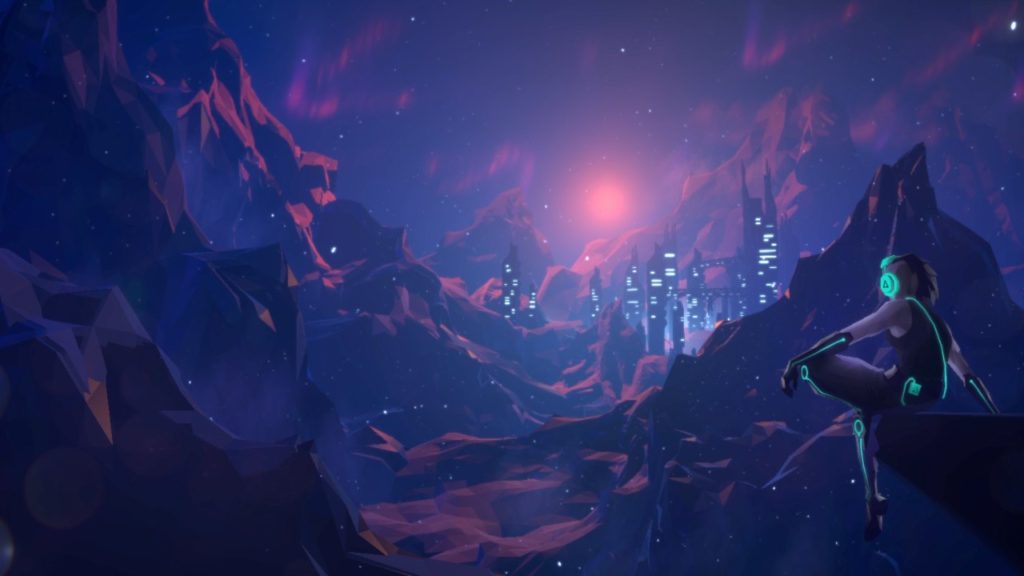 The most frustrating thing about Avicii Invector Encore Edition is its failure to properly harness the capabilities offered by VR. For instance, in Beat Saber, slicing and ducking past red and blue blocks is an exhilarating experience, using your whole body for the game. It’s the same with Synth Riders, and Unplugged VR goes that one step further, by having you hold, strum, and play an air guitar. Unfortunately, with Avicii Invector Encore Edition, you still rely on button pressing to match the beat of Avicii’s tunes, and that’s a dreadful shame.

It’s a shame because it shows a lack of imagination from Hello There Games. Cornerstone VR game Superhot, completely reinvented itself for its VR adaptation, resulting in probably one of the best early examples of the medium’s capabilities.

But instead, Avicii Invector Encore Edition continues to rely on you pressing buttons, the triggers, and thumbsticks to play. Imagine if Hello There Games had implemented gesture-based controls to pilot your starship? A flick of the wrist would turn the note highway, perhaps, or hitting a note requires swinging your arm in a specific direction, or even ducking to avoid bigger obstacles, perhaps?

Another thing worth mentioning is that game lacks any sort of comfort options. For those that struggle with the fast-paced nature of these sorts of games, battling with dizziness and sickness, I can envisage issues. And again, that’s a shame. 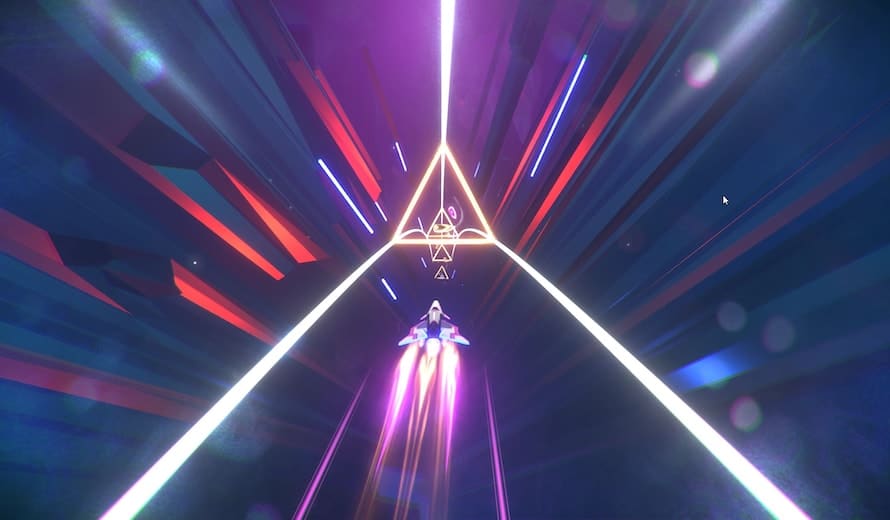 Of course, the star of the show is Avicii, and his stellar back catalog, but credit must be given to the stunning vistas Hello There Games has created as a worthy accompaniment. Bright neon permeates throughout, with an otherworldly, ethereal space vista that matches the beat of the tune you’re playing through.

For instance, Can’t Catch Me is one of the first tunes you’ll play, and it’s a relatively mellow, slow-paced track. In terms of the visuals, you’ll soar through a dark, neon tunnel, with a wider rocky landscape in your peripheral vision. Then, just before the beat drops, the screen opens up, allowing you to take in the wider skybox and weave your ship through enormous neon rings.

But with later levels, like Levels (absolute tune, by the way), it felt like I was navigating a bright neon pink Unimatrix Zero of Star Trek: Voyager fame. As you’re hitting notes in the main section of the song, you generally shut out of the periphery of the screen, basking in a fusillade of notes, bright lights, and neon. But then, as the beat builds and gets ready for the drop, you’re free to survey the futuristic pink mega-city, wondering whether resistance is really futile.

A Fitting Testament To A Legend: But There’s Better Games Out There

The bottom line is that there are superior rhythm game experiences out there at this price point. Avicii Invector Encore Edition hasn’t revolutionized the genre and doesn’t offer anything new. Unlike its contemporaries, it’s clearly a game with a lot of heart, supported by a stellar soundtrack, created by an artist at the peak of his prowess. But to be critical, there’s more value and replayability to be had from Beat Saber, Synth Riders, and other similar titles.

However, for Avicii mega-fans:  this is the ultimate tribute to an extraordinary individual, taken from us far, far too soon.

Full disclosure: This review is based on a copy of Avicii Invector Encore Edition provided by the publisher.