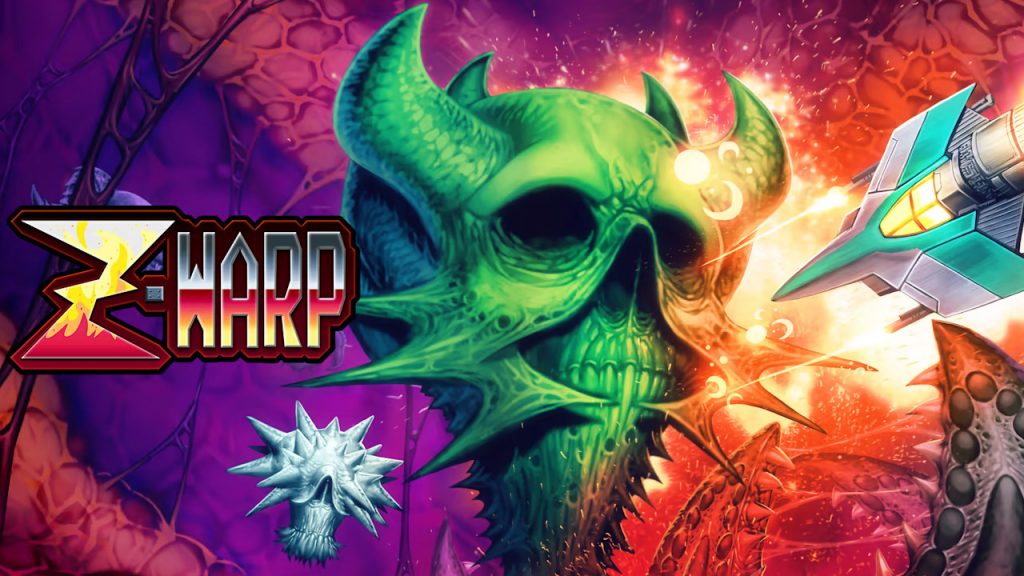 Z-Warp joins a long line of games releasing with a retro vibe, looking like the most impressive NES game you never played. Like most of these games, it doesn’t stick to graphics that a game of that era could actually have released with, but it does an excellent job capturing the vibe and feel of that time.

A lot of the games going for that style lean on it heavily, not doing anything particularly interesting from a gameplay perspective. Thankfully, Z-Warp has some exciting ideas that come together beautifully, creating a SHMUP that fans of the genre will find well worth the few dollars it costs. 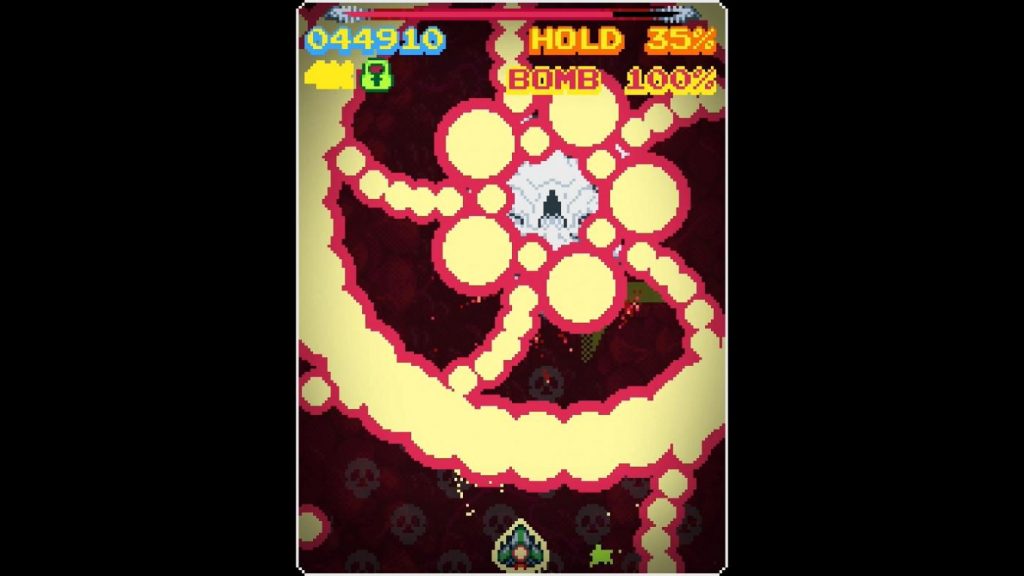 Initially, it’s easy to look at Z-Warp and see a generic shooter. It controls well, with tight movement being essential as this is a full-on bullet hell title, but the enemies and levels aren’t that unique. Look a bit deeper, though, and you’ll find a set of mechanics that are just different enough to be interesting.

You have two ways to fire your weapon in Z-Warp. Tapping the fire button will send out a steady flow of shots, which can certainly do damage to regular foes and bosses alike. You’ll almost always want to keep firing at something. As an alternative, though, you can hold down the fire button to fire a nonstop stream of energy that is far more powerful, ripping through your foes. This is definitely what you want to be firing as often as possible, but there’s a downside to going all out. Your ship moves much slower when firing your more powerful attack. As more and more bullets come at you, you’ll have to rapidly switch between the two to keep the most damage going while also maneuvering through your enemy’s attacks. 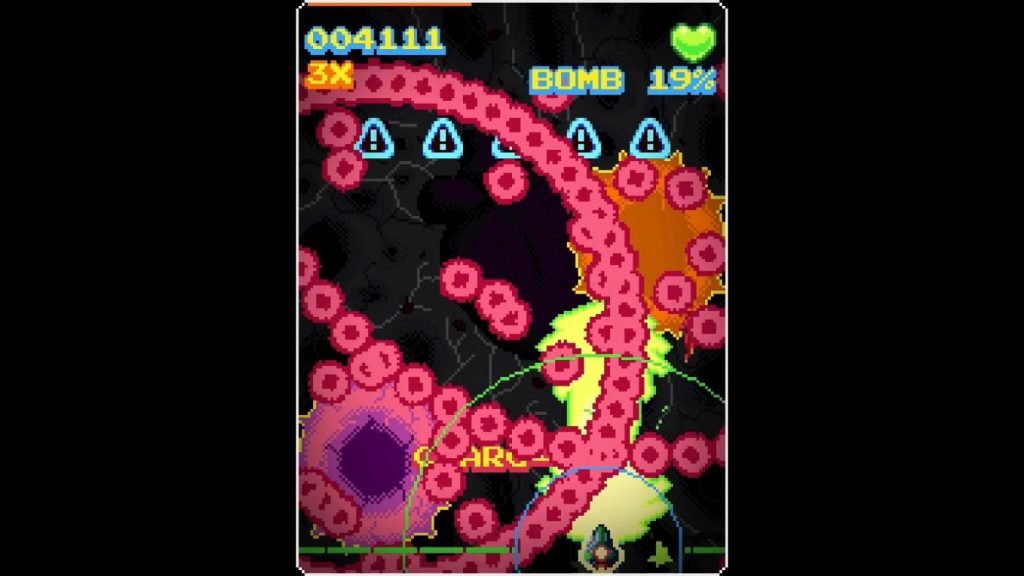 There will be times, however, when you simply can’t maneuver through all of the bullets coming your way. Bosses, in particular, often include attack patterns that your ship isn’t fast enough to avoid even without firing. Steady streams of energy that block the entire path are common too. Thankfully, you have an answer. Your ship has a bomb attack which recharges rather quickly. A circle around your ship shows its range, and you can set it off at any time, destroying all bullets within it. That means you’ll have to carefully get relatively close to this energy and time your bomb to create a path, but it lets you slip through tight areas. If the bomb has been able to fully recharge, it can take out foes in that area as well, making it a helpful attack too.

Power-ups that make your ship more powerful or allow you to take additional hits can be gathered in the levels, too, with your bomb picking them up. This doesn’t make a lot of sense, but it works and gives you one more reason to nail the timing of this move. I do wish Z-Warp highlighted this a bit more, as well as explaining its credit system. Initially, when you die, you won’t have any ability to continue, instead having to restart the entire game. After each level, you beat, you’ll gain an additional credit for future runs, though notably not for your current one. This is a bit frustrating as having it available immediately would let you keep moving forward instead of forcing you to start from scratch. It creates replay value, but a pretty artificial sort of it. Still, gaining these continues will help you dive deeper and deeper into the game. 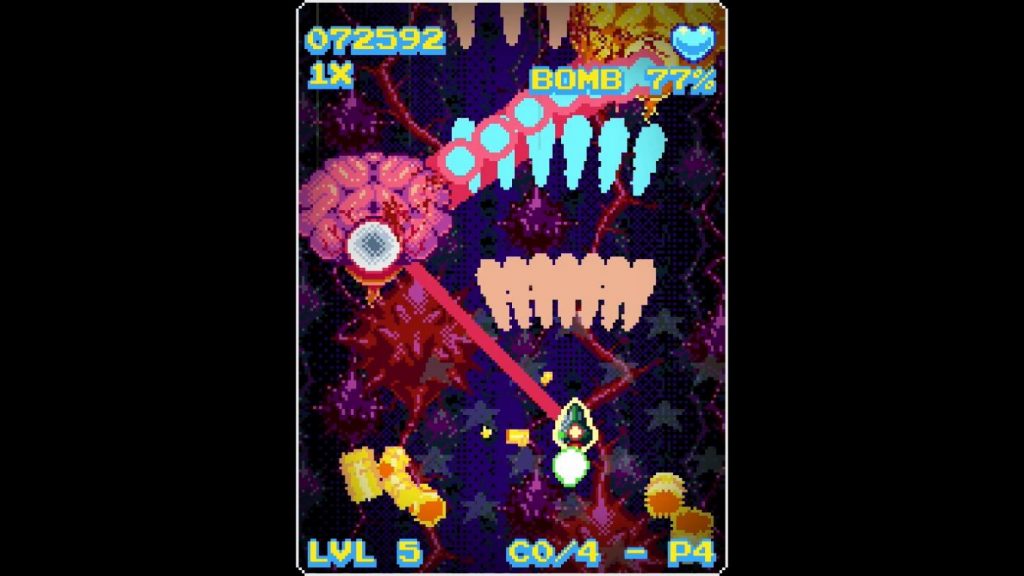 There is a range of difficulty options, with the higher ones being enormously challenging while the lower ones will let most players willing to put a bit of time into learning Z-Warp’s mechanics see it through. The additional credits you’ll get over time help with that. If you’re tired of just playing through the main game, there’s also an endless mode, though, that just has you go through the same levels, just over and over until you die. This mode does feature an interesting dynamic difficulty option, though, letting your success or failure impact the level of difficulty. Leaderboards will let you face your best scores off against the rest of the world.

If you’re looking for a game to tell you a great tale, keep on looking. There’s a bit of story here, but it isn’t anything really worth remembering. A time ship went missing, and now you have to recover the black box. Of course, there’s an expectation that games will offer some sort of story, so I don’t begrudge the inclusion of this, but it really wasn’t necessary. Z-Warp stands fine without it.

Z-Warp isn’t exactly breaking new ground, but it offers enough of a unique feel to pull in SHMUP fans looking for something new. Once you figure out how its mechanics work, they’re a lot of fun and kept my attention much longer than I initially expected. It’s the sort of game that makes you say “one more run” so often that you’ll think you’ve traveled through time.

Full disclosure: This review is based on a copy of Z-Warp provided by the publisher. 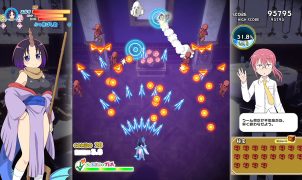