It’s All Been A Bit Of A Struggle For You 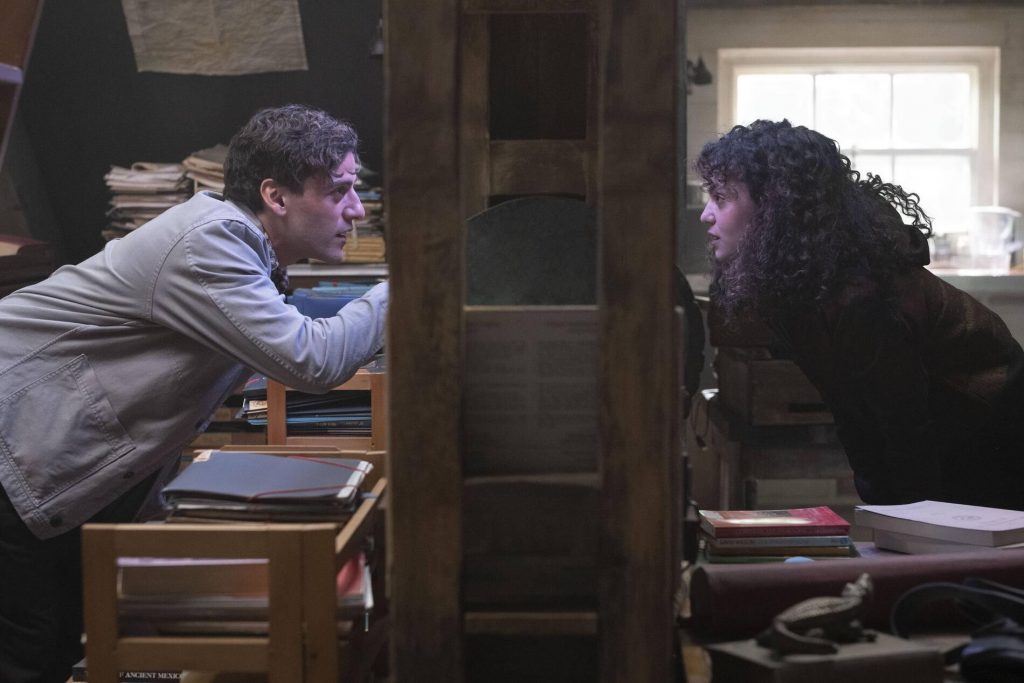 Moon Knight’s second episode starts right where most things seem to begin for Steven Grant—waking up in bed with a chain around his ankle. It’s enough to make him almost hope that the ending of the first episode, where he was chased through his place of work by a jackal intent on tearing him apart, was just another wild dream. That hope is ripped away from him the moment he walks into the museum, though, and finds it in terrible shape with the bathroom destroyed.

Or is it? Watching the video footage with the security guy, we see Steven running around like a hound from hell is at his heels, but there’s no sign of anything after him. All signs point to Steven losing his mind, which wouldn’t seem out of place considering his actions last week.

While the museum doesn’t want to press charges due to the incident, the result is that he is Steven Grant of the gift shop no more. Now he’s Steven Grant, unemployed. With nowhere else to turn, he uses what he found in his apartment to track down a previously unknown to him storage locker, where he finds all kinds of foreign currency, Marc Spector’s passport, and the golden scarab he previously stole. 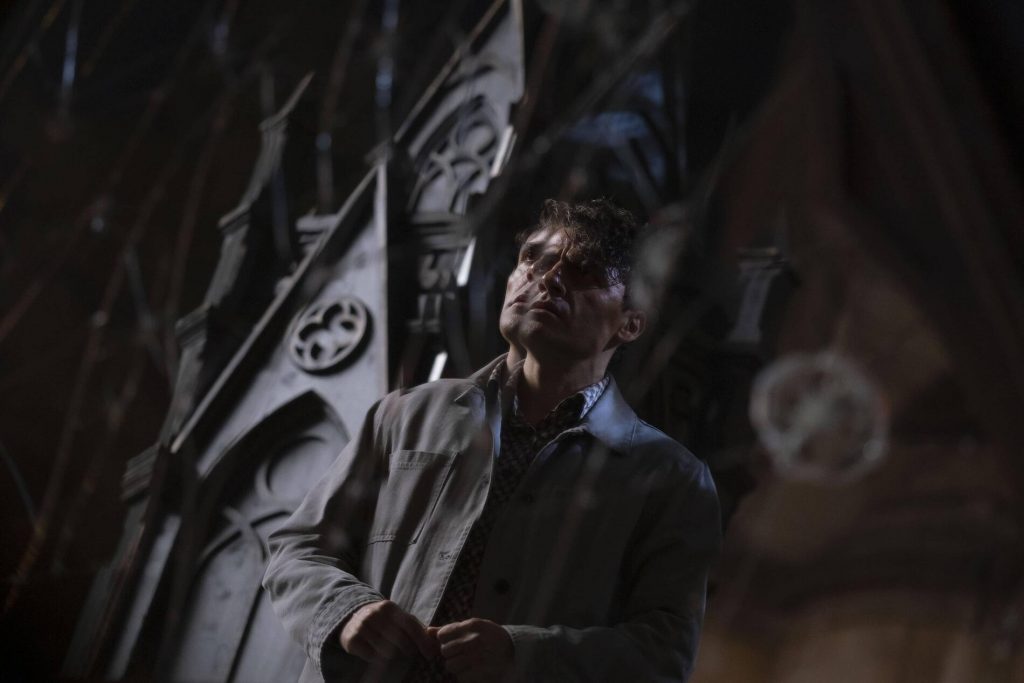 This leads to a series of questions, with even Steven not seeming to know what is going on. Just like the ending of last week’s episode, our answers come from Marc himself, speaking to Steven from the reflection on the storage room wall. The two men, seeming to share a body, finally talk things out, and Marc reveals a few things.

While none of this is a surprise to fans of the character, Marc Spector is the avatar of Khonsu, the Egyptian God of the Moon. He made a deal and now has to carry out Khonsu’s orders, supposedly to protect the innocent and carry out Khonsu’s justice, though Steven isn’t quite ready to believe that part.

Threats to go to the authorities bring Khonsu himself out, set to put Steven in his place. His escape almost gets him run over by the motorcycle of Layla, the woman from Marc’s phone last week. It turns out she’s kind of important. She’s not only Marc’s former partner, she’s also his wife.

Did You Say Wife? 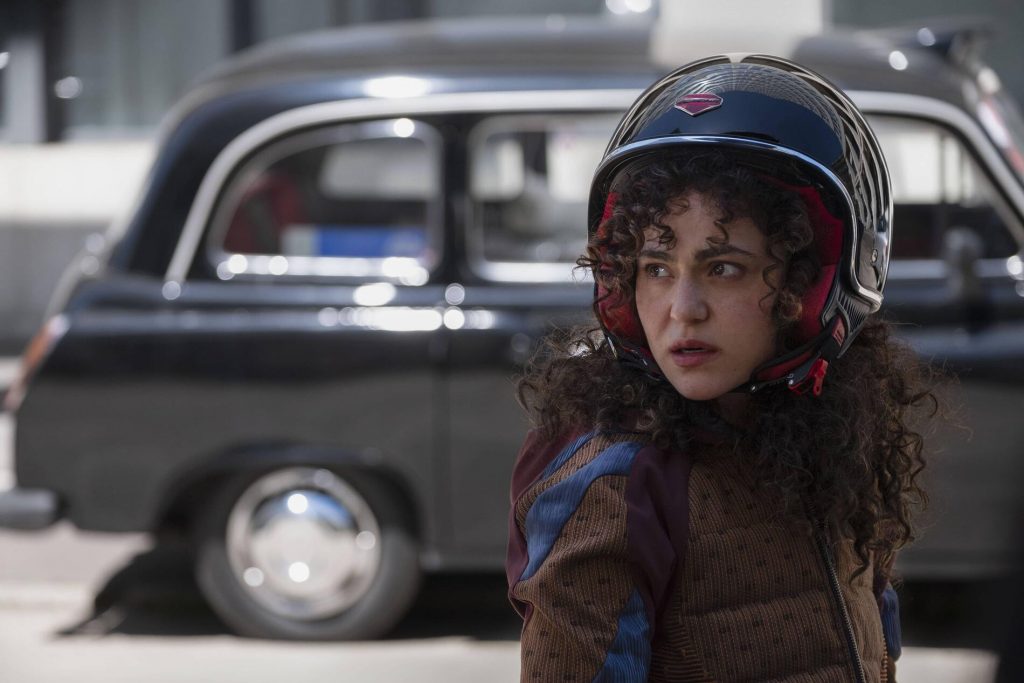 Initially, the two are talking past each other, with Steven trying to explain that he’s not Marc and her not believing him. Looking at her husband and hearing someone else speaking to her feels wrong. Discovering his haul from the storage locker, which immediately means far more to her than to Steven, that starts to shift.

Their reunion and attempt to get on the same page are interrupted when people working for Arthur show up and abduct Steven. Initially, though, Arthur doesn’t come to Steven with power or fury but rather with kindness. He understands more of what Steven is going through than you might think, and he knows very well how Khonsu thinks and acts. He offers a hand of friendship to the man, but only if he turns over the scarab. By the end of this episode, we see what offers of friendship from Arthur can end.

I Am Real Justice 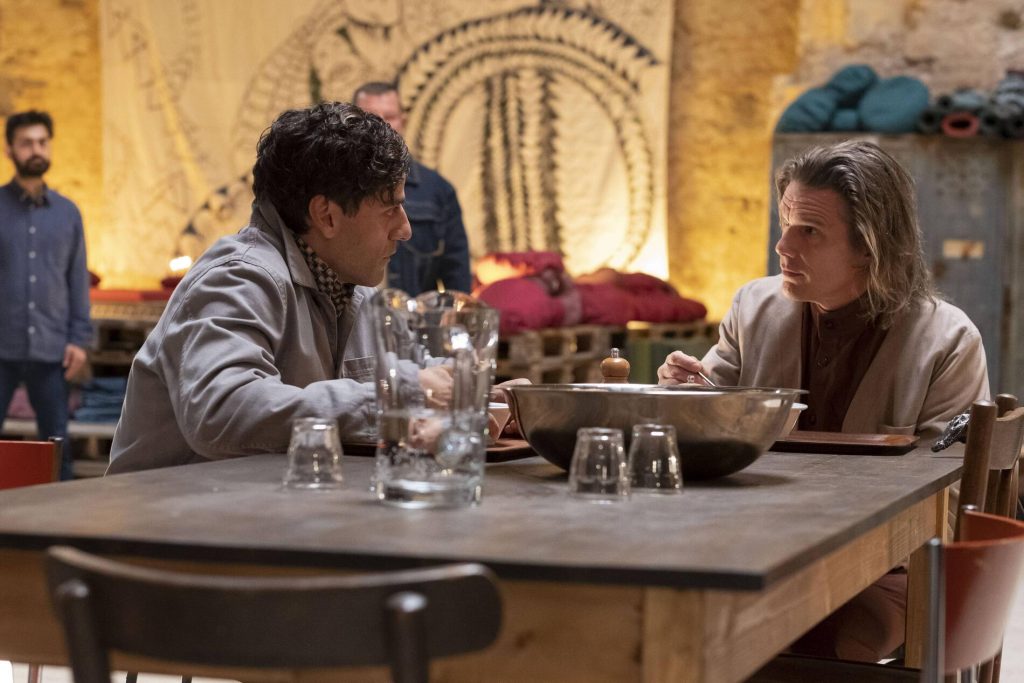 Things end with an action scene which is a real mixed bag. Leila arrives to try to save the day and shows what a badass she is, even without being able to see what Marc can, we can be confident she doesn’t seem like she’ll become a damsel in distress. Their escape has a great energy to it, and we soon get to meet Steven’s version of the Moon Knight suit. While not trained in combat the way Marc is, the suit gives him a degree of protection and strength that makes even him formidable.

The show sidesteps some of the CGI issues of the first episode by presenting the fight as those around Steven see it, as him punching air. It’s cute, but gets old pretty quick. Those issues definitely show themselves again when Marc finally shows up to fight. His escape across the city’s rooftops looks a bit too much like a cutscene out of a video game. The Moon Knight costume doesn’t quite escape the uncanny valley, unfortunately. The show tries to avoid some of the issues that are most present when he moves by using slow motion, but if anything, it just makes them stand out more.

While there are definitely some fun moments in Summon the Suit, it is slow to move the plot forward outside of introducing us to Layla. Still, by the end of it, we have a much better feeling for the dynamics of what is going on and the players involved. Even Marc seems ready to make himself known, so hopefully, next week, things can really get moving.