As a fan of cyberpunk literature and pixel art, Vengeful Heart, a cyberpunk visual novel from developers Salmon Snake, is certainly something that ticks all the right boxes for me, at least on paper. Whilst the story does suffer from some uneven writing at times, I’m happy to say that the concept has translated pretty well in providing a compelling narrative-driven experience that should keep fans of the genre invested right through to the end credits. 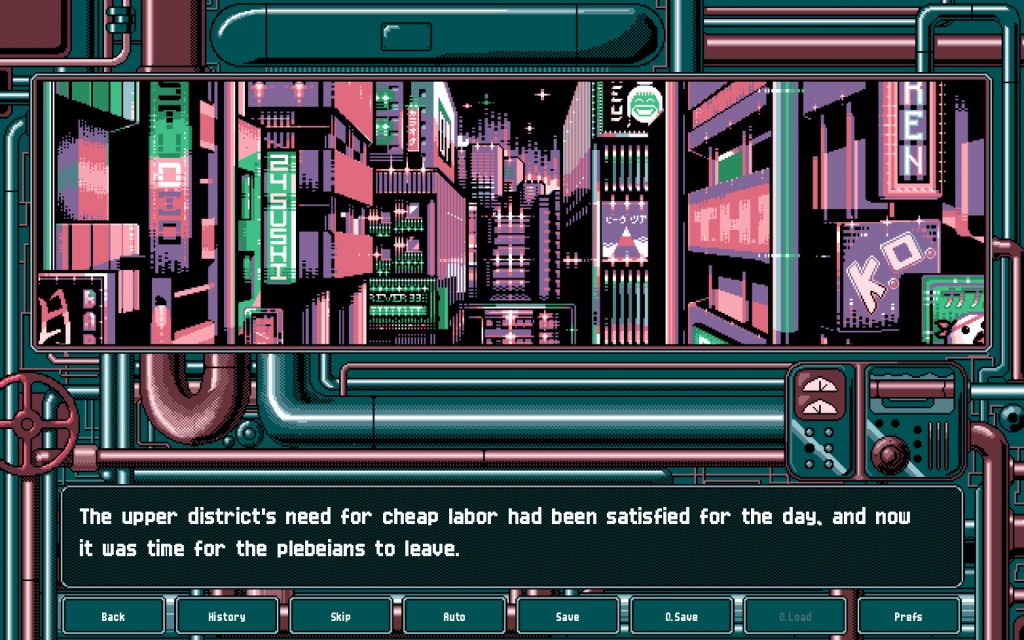 Set in an unnamed city in an undefined period in the future, Vengeful Heart’s story picks up with the main protagonist, Josephine, heading out to work on what initially seems like just another day at the office. Josephine is a hydraulic engineer for an enormous corporation named Nepthys, which just so happens to control the water supply to the entirety of the city.

In this world, water supplies are low, and so water is at an absolute premium; effectively, you could say that whoever controls the water also maintains a monopoly over people’s lives given that this precious life source is something that can be denied to the masses at the flick of a switch. As part of a shake-up in how water is distributed across the city, Nepthys intend to tap into a couple of as yet unused water resources that have been discovered underneath the city, and use those to distribute water that is of high quality to the less wealthy districts on the city’s lower levels.

Josephine is the lead engineer on this project and it soon transpires that Nepthys’ intentions aren’t as pure as they initially seem, something Josephine very quickly realizes when the water supply to her apartment complex is cut off. It just so happens that the apartment complex sits on the land that Nepthys need to drill into to access these new supplies, and so they decide to resort to water deprivation in an attempt to get the residents to sell up their property and move on. Josephine rallies with her neighbors in rebellion against this attempt at displacement, a move that soon results in tragedy and sets the events in motion that will carry players through the next dozen hours or so. 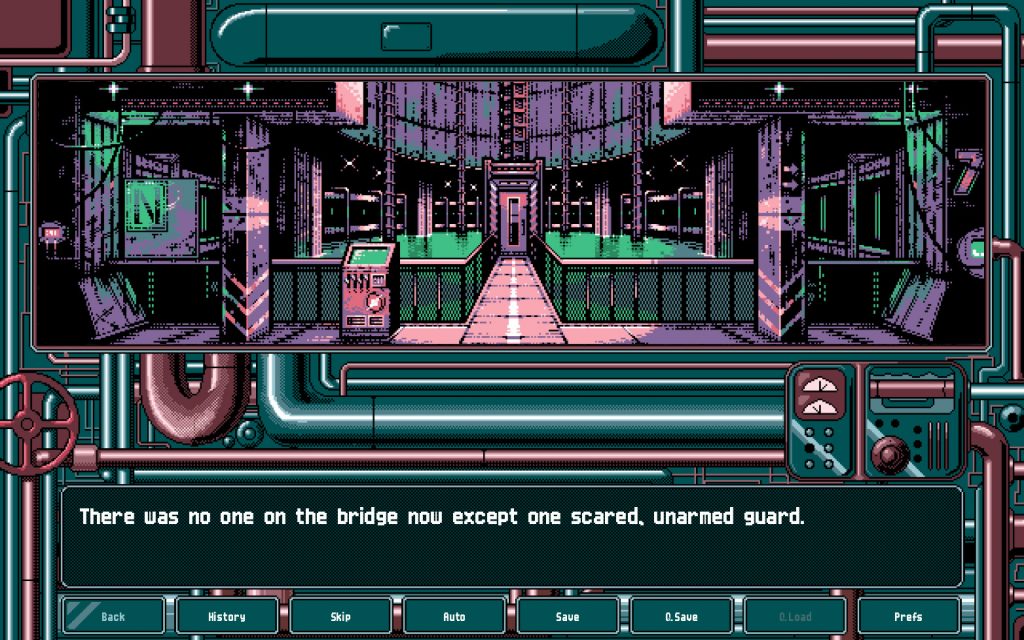 I’ll not go into the narrative any further out of fear of spoiling the primary reason to play a visual novel; that being the story of course. What I will say though is that by the end of chapter two and going into chapter three, the story morphs from what initially seems like a pretty bog-standard tale of a group of rebels wanting to stick it to the man, into a heart-breaking tale of revenge and loss that ended up keeping me captivated until the bitter end.

Pacing is pretty on point and whilst I am sure that some will claim that the first two chapters move too slowly, the pacing in those opening hours is absolutely necessary to set up the shocking twist at the end of chapter two. If Vengeful Heart didn’t take those opening hours as slowly as it does, building up certain characters and fleshing them out, then the gripping scenes that take the narrative in the enthralling direction it goes wouldn’t have proven to be the gut punch that they are. Even if you do find your interest waning towards the end of chapter two, my advice would be to power through, because, from chapter three onwards, things start to move at a breakneck pace with action and twists aplenty.

Whilst it’s hard to find fault with the pacing, the actual quality of the writing itself is something I found to be somewhat more uneven. Certain plot points can be seen coming a mile off which does lessen their impact when they do arrive, and character motives change on a dime. The latter issue I raise is most notable with regards to Josephine and her early development. Josephine initially seems pretty pro Nepthys, but the moment it becomes clear that Nepthys has ulterior motives, she instantly becomes the face of the rebellion with little hesitation. Ultimately, it is the right direction for her character arc to move in, but the speed at which that particular piece of character development occurs felt particularly jarring. I wouldn’t say it’s bad writing as such, but a more nuanced take on Josephine’s internal struggle, between wanting to better her own life with Nepthys, and, doing the right thing would have fleshed her out a lot more as a character.

A Visual And Aural Treat 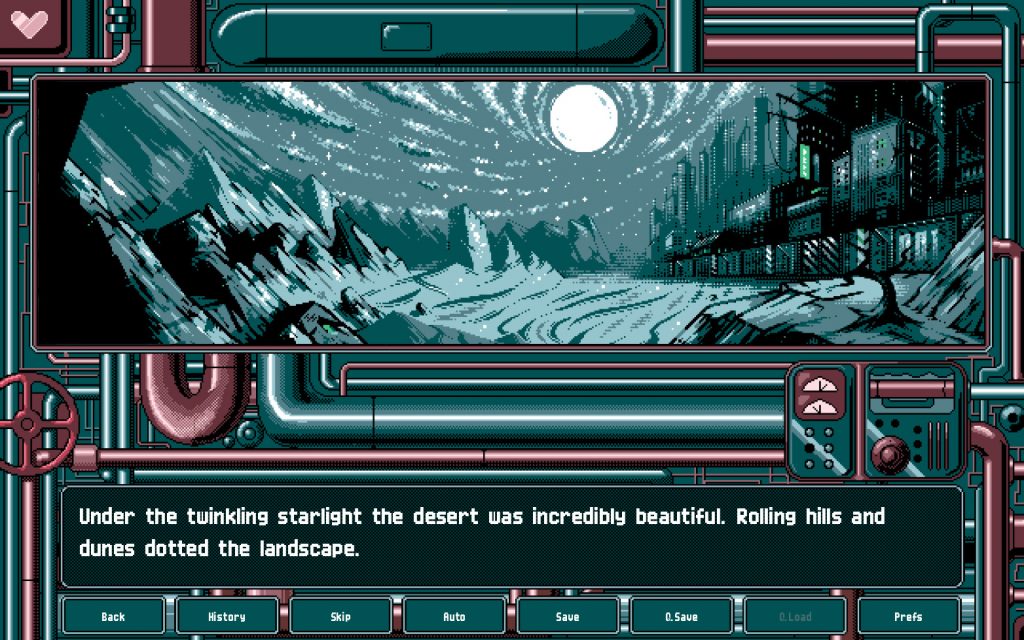 Of course, being a visual novel, the writing isn’t the only thing that matters, and you could argue that the visuals and soundtrack are just as important when trying to world build. Visually, I found Vengeful Heart to be an absolute treat, with the developers opting for an anime-infused pixel art style that really popped when played on the PS5 whilst hooked up to my OLED TV. Neon greens and pinks are used in force, really helping to emphasize the brightly lit cyberpunk landscapes that form the backdrop for much of the narrative.

Despite the simplistic pixel art aesthetic, the images on screen also do a splendid job of breathing life into the writing. Scenes change depending on the environment and the location of the characters to help the player visualize their surroundings, and nicely detailed character portraits will appear on screen, largely during scenes with a lot of dialogue.

Things are kept similarly simple from a sound perspective. Sound effects are almost non-existent but rarely does that matter due to how much heavy lifting the soundtrack does in bringing this world to life. I’m a sucker for synthwave soundtracks, and Vengeful Heart easily has my favorite tracks in recent memory. Not only does the synthwave perfectly suit the cyberpunk aesthetic, but it also changes in tone to match the narrative theme at any given point. Capable of changing from sinister, to euphoric and then to melancholic in a heartbeat, the emotions I felt at times when playing Vengeful Heart were immense and were often attributed as much to what I was hearing as to the writing or the visuals. 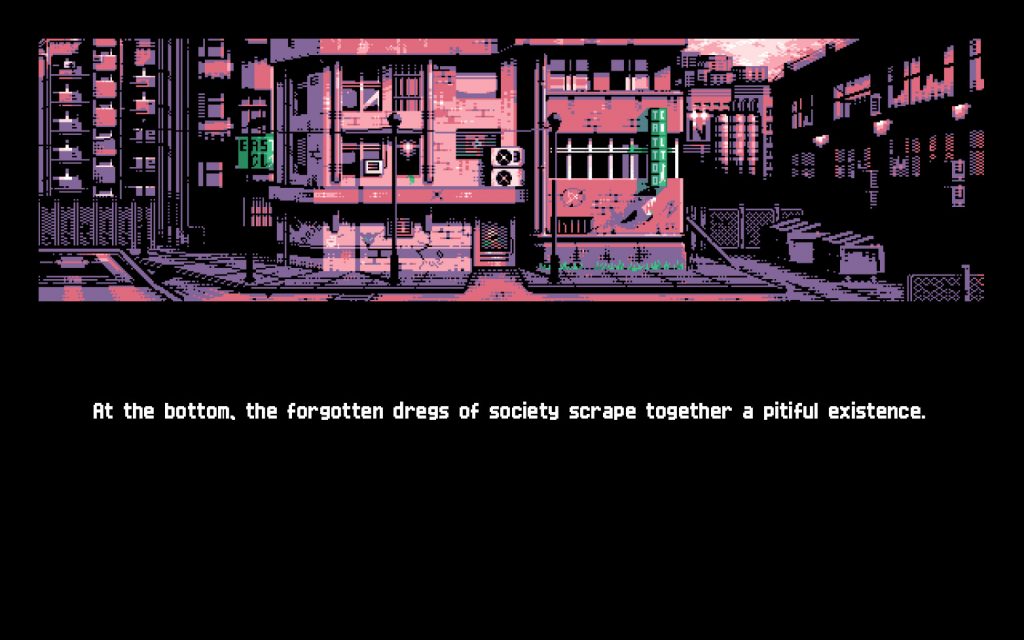 If there is one area where I think some players may feel slightly let down, it’s in the lack of player agency. This is an incredibly linear experience, even by visual novel standards. There is absolutely zero player-driven choice or branching narratives in sight until the game reaches its conclusion. At that point, players can make choices that will take them toward one of two endings, and whilst those choices are impactful, it is worth highlighting that you will be entirely on rails up until that point in terms of where the narrative goes. This personally didn’t bother me in the slightest given how much I was enjoying the story and the overall experience, but your mileage may vary depending on whether you are someone who places a lot of weight on being able to impact how a story plays out.

Vengeful Heart is worthy of your time if you are at all interested in visual novels. The overall narrative is gripping, and it’s no overstatement to say that at times, I found the visuals and soundtrack mesmerizing. The early stages undoubtedly contain some uneven writing, but it’s a small issue when contrasted with everything the game gets right. If you can look past this, and the linearity of the narrative, then Vengeful Heart is an absolute gem of a visual novel that I would encourage you to support and try out.

Full Disclosure: A code was provided by the publisher for this review. 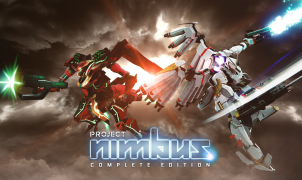 Mecha, Missiles, and Mayhem     Mecha have been a quintessential part of my upbringing. From renting Robotech (Yes, yes, I know.  I’m not exactly a fan of Harmony…