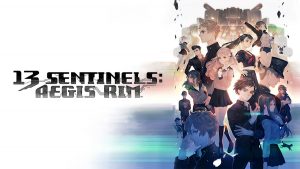 13 Sentinels: Aegis Rim simply shouldn’t work. It’s one of the most audacious games I’ve played in recent years, featuring 13 playable characters, told in a nonlinear fashion, drawing influence stories as wide-ranging as War of the Worlds and the movie Source Code. To make it even crazier, it throws a real-time strategy game into the mix, on a console. There’s just no way this should come together to be more than an interesting failure. Yet it does. Somehow, 13 Sentinels: Aegis Rim is a must-play masterpiece that Nintendo Switch owners will finally get to enjoy.

What is this wild game? Most of it is a fairly natural mixture of an adventure title with a visual novel. You’ll jump into the story of one of the 13 protagonists and need to move forward. Some sections are really simple. You’ll just need to talk to the obvious people in front of you and move the story forward. Others require a fair bit of trial and error. Talk to people, manipulate them in certain ways, find who you’re looking for, and choose the right words from your bank of them to get them to tell you what you want or do what you need them to. It rarely rises to the level of difficult, though there are some sequences later in the game which make you really apply all the knowledge you’ve gained and even a few which get a bit complex, though there are always people around to at least point you in the right direction.

13 Heroes To Save The World 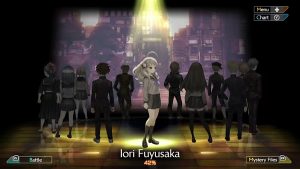 You’ll meet the protagonists of 13 Sentinels in a wide variety of ways. During the game’s prologue, you’ll unlock a good chunk of them, though not the whole cast. Others will only open up when reaching certain points in another character’s story. Once the game gets going properly, you can progress the various stories here in any order you choose. Everyone’s experience of how the story reveals itself will be different based on that. You can jump back and forth between characters after each section, keeping them all moving in step. Or you can stick with one character if their story really has its hooks in you. Most characters will periodically lock you out of progressing, however, only allowing you to continue when you’ve moved other stories forward. This allows you to have freedom to progress in the way that works for you while not allowing you to spoil things that would make other parts of the story less impactful.

It also means the story can be confusing at times, but that’s intentional. You’ll see characters acting in ways that seem to be totally out of character in each other’s stories. You’ll realize fairly quickly, though, that these aren’t taking place in order. While they’re all part of the same overall story, and while the bulk of each story takes place at least relatively close to the others, you’ll over time start to realize that some of these stories are at least a few days or weeks before others and a lot can change in this game in a short time.

RTS, On A Controller? 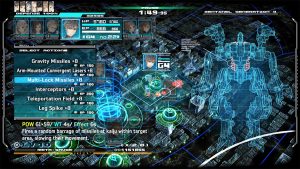 When you’re not jumping between the visual novel style stories, you’re fighting in a real-time strategy-inspired mode where all of your protagonists are available from the start. While a bit jarring from a story perspective, as many of these characters hate each other at the point when you’ll first see them together, it all eventually makes sense. So do the battles, for that matter.

How does 13 Sentinels make real-time strategy work on a controller when developers have struggled with that for decades? Mostly by designing it around a controller and keeping things simple. You’ll never have more than six units in battle at a time. Each has a maximum of six moves, and there are really only four types of unit, even if there are minor differences between the units within each group.

These missions start pretty simple, but over time they definitely get more complex. You’re challenged most of the time to either destroy all of your enemies or survive for two minutes. There are exceptions, where you need to destroy a single powerful foe, for example, but most missions are fairly similar, mainly getting more complex thanks to new enemy units and the rate or timing of how they come at you.

You Overestimate Your Borger, My Friend! 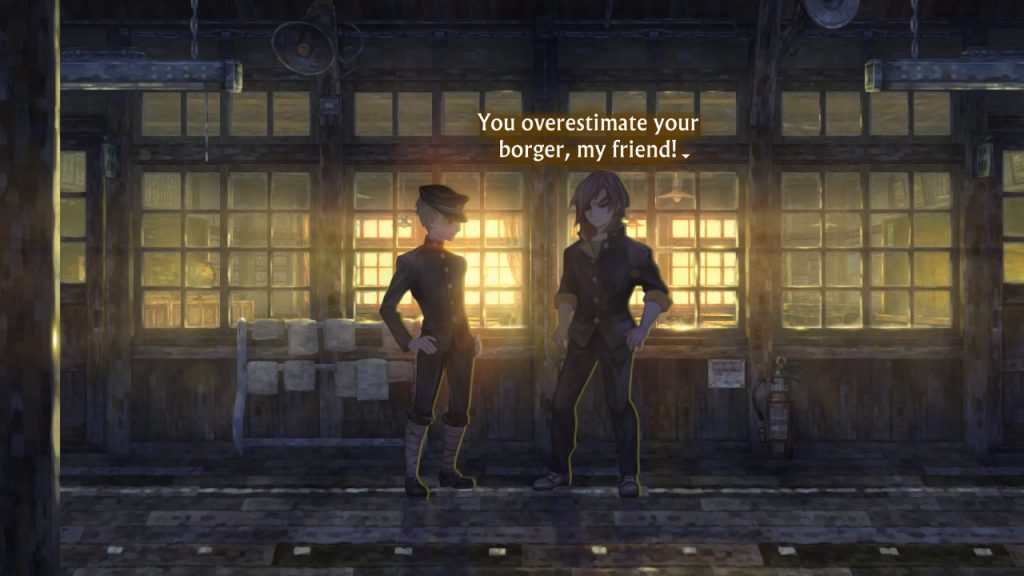 Perhaps the most impressive part for me is how many of these characters hit. While a few annoyed me in the early going, by the time the game ended, I had come to love pretty much every one of them. Okay, there’s maybe one exception, but they’re still a great character. While initially the main plot revolves around time travel, smart twists consistently take the player in unexpected directions as even this wild plot isn’t necessarily what it seems. The developers consistently remember to keep things light as well. Who doesn’t want to smile as the world ends?

Still, time travel allows the game to put you in environments ranging from 1944 up to 2105. Each era has a very different style, and it’s a blast seeing these characters from throughout history interacting, with their very different ways of life challenging each other. Excellent voice acting helps, as does the game’s beautiful animation and style, which shouldn’t be surprising for a Vanillaware title. Everything from the locations to the characters to the food is beautifully rendered. 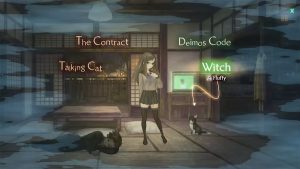 Players concerned that the Switch might struggle to keep up with this one don’t have to worry either. 13 Sentinels has made the jump to Nintendo’s console without issue. Animation is still wonderful, and combat still runs as smoothly as ever. If anything, I think this is a game that really feels like a fantastic fit in handheld mode, and this may be my preferred way to play it going forward.

The only negative I can think of is how 13 Sentinels wraps up a few of the character’s stories. While many end on a satisfying note, the developers seemed unwilling to fully commit to one in particular. They don’t back off entirely or anything like that, but the conclusion to it stands out from the rest as feeling less definitive, leaving more room for the player to feel how they want about it. Sometimes that can be a good thing, but in this case, when contrasted against how the others end, it really isn’t. Within the context of Japanese development though, even that story offers much stronger representation than we might be used to, so I don’t want to be too harsh.

There was so much room for 13 Sentinels: Aegis Rim to just not work. So many threads are weaved together in a way where, by far, the most likely outcome of the whole thing should have been an interesting failure. That it instead sticks the landing, weaving together a plot that has no business being this moving and satisfying, is astonishing. If you’re at all interested in visual novels, or adventure games, or science fiction, and you don’t play 13 Sentinels: Aegis Rim, you must be suffering from brain overload.

Full disclosure: This review is based on a copy of  13 Sentinels: Aegis Rim provided by the publisher.