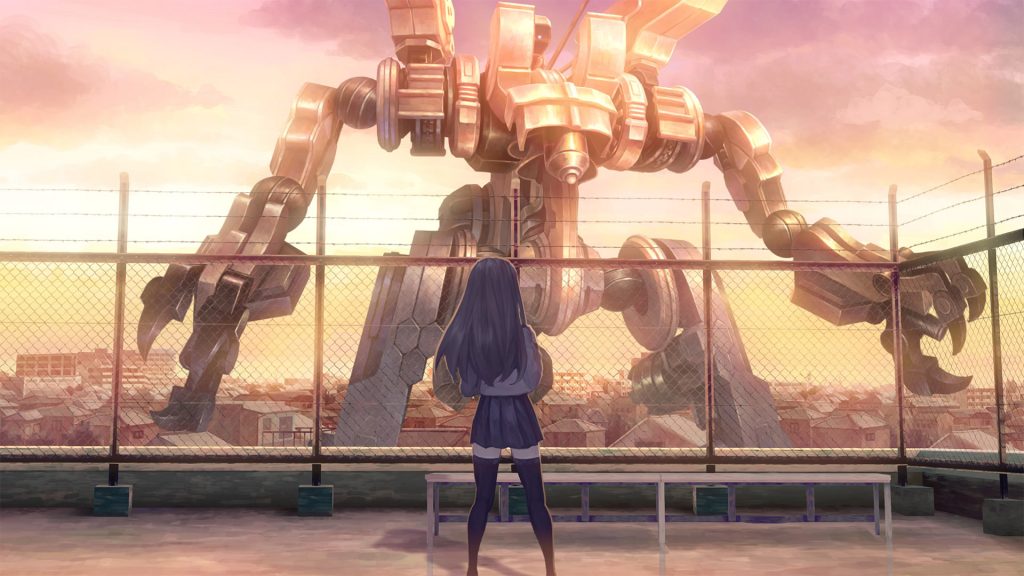 13 Sentinels: Aegis Rim was one of my favorite games released back in 2020 when I put dozens of hours into it on PS4. A strange combination of a visual novel, an adventure title, and real-time strategy gameplay made it unlike anything I’d played, but its fascinating characters, twisting story, sense of style, and excellent pacing kept me hooked to my controller. When the Switch version was first announced, I was concerned about how the game would run on Nintendo’s handheld, but after a few hours with it, those have mostly been put to rest. 13 Sentinels: Aegis Rim feels right at home on the Switch. 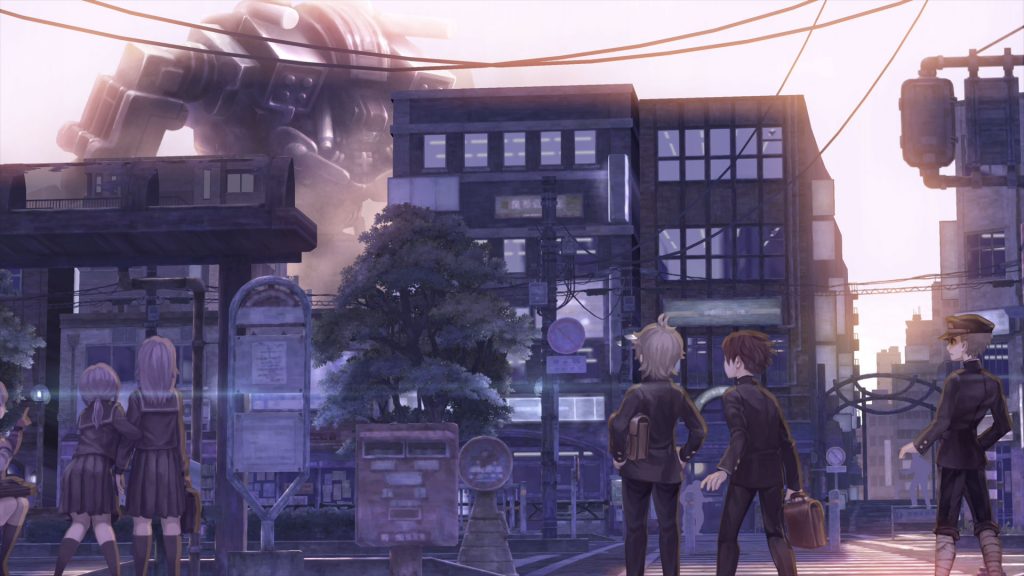 Right from the start, you’re thrown introduced to a variety of protagonists. The adventure/visual novel side of 13 Sentinels has you jumping back and forth between various characters, each of whom has a role to play in the larger story. There’s Shu Amiguchi, a rich young man getting mysterious messages through his TV. Iori Fuyusaka is a girl having nightmares of destruction that seem a bit too real for comfort. Megumi Yakushiji is a girl from the future desperate to save her lover who meets a talking cat who promises he can save him. Takatoshi Hijiyama follows someone important to him forty years into the future. There are plenty of other characters to meet as well, each with a style all their own. At the center of most of this is Juro Kurabe, the closest thing 13 Sentinels has to a true protagonist, a young student who loves monster movies and hanging out with his friends. 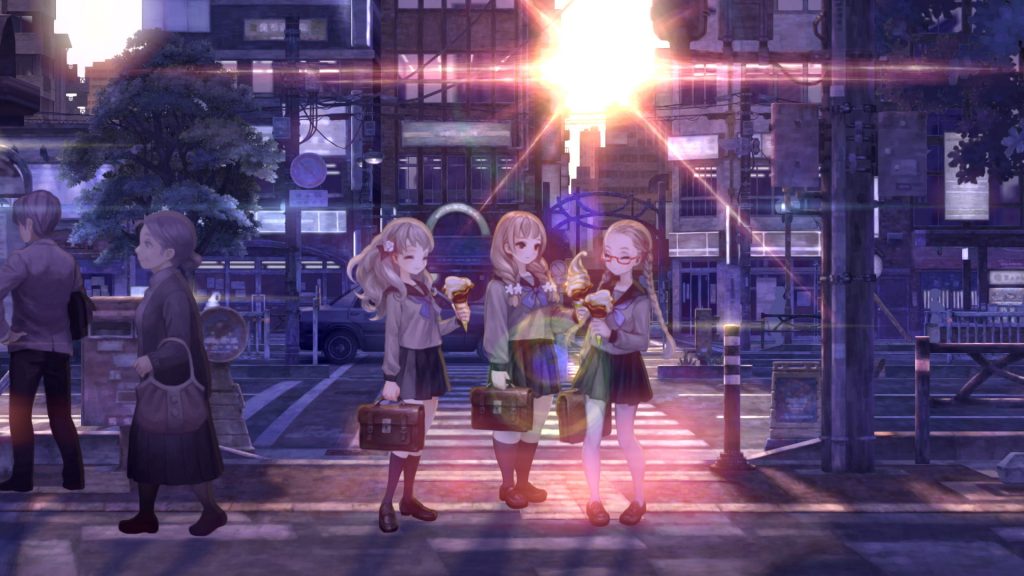 As you jump between characters, you’ll find that while many of them appear in each other’s stories, what you’re seeing doesn’t entirely seem to fit together. Different stories are happening at different points in the overarching plot. The main part of the story takes place in 1985, but you’ll also spend time in 1945, 2065, and more. 13 Sentinels, more than anything else, is a love letter to classic science fiction, with even the prologue section of the game making obvious references to everything from War of the Worlds, to ET, to the Men in Black.

Science fiction fans will find themselves in love as they recognize a smorgasbord of references but don’t worry if that’s not your thing. While these references are thematic and definitely play into the overall story, they’re always used in interesting ways that go way beyond mere “I recognize that” moments. Often the creators find a way to put a creative twist on these influences as well. 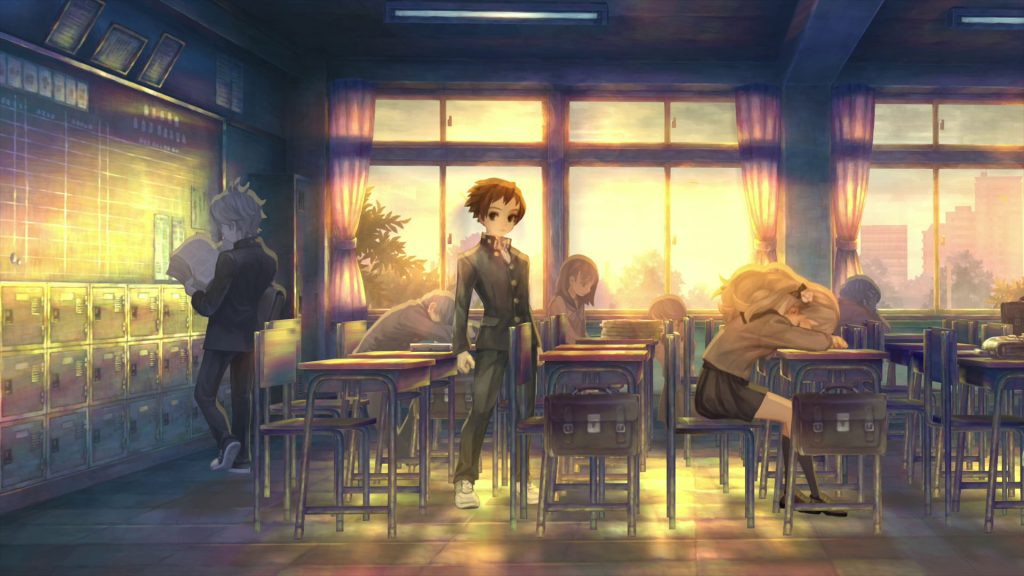 When you’re not spending time with the various visual novel sections, you’ll find yourself dropped into a series of real-time strategy battles. While initially seeming like an odd fit, they’re kind of perfect as they give you a chance to take the game’s giant mechs into wars to save the world from invaders. Anyone familiar with the history of real-time strategy games on console may find themselves a bit nervous about these sections. While everything from Command and Conquer, to Starcraft, and more have tried console releases over the years, few genres normally depend more on access to a mouse and keyboard. Attempts to wield their gameplay onto controllers have rarely managed to reach a level beyond serviceable.

Luckily, 13 Sentinels: Aegis Rim isn’t a PC port trying to find a way for a new audience to access it. It’s been designed from the ground up to be played on consoles, and while it can get a bit harrowing at times, it works great on a controller. This is mostly achieved by keeping things simple. You’ll at most be controlling six units in battle, with each having limited attack options in the early going.

What stands out most in your early battles is how all of the game’s Sentinels come together, standing as a group against their foes. This is definitely in contrast to the story you’re seeing early on in the other side of the game, another example of the game telling its story in a nonlinear fashion. You’ll have to keep playing to find out how that comes together.

13 Sentinels: Aegis Rim is set to hit Nintendo Switch on April 12th. We’ll have more for you, including a full review, before the game’s launch.