Genesis Noir Astronomy Update: This time and space continues on

“From the joyous beginnings to the urgently depressing ending and even the loneliness, hope, and determination that came after, Genesis Noir is a celebration of humanity, the universe, and of life itself. Genesis Noir is a church for the religious and non-religious alike, and a spiritual experience worth undertaking at any price. Will you traverse time and space for the one you love? Or will you find love among the cosmos along the way? Genesis Noir knows the answer — find out by pursuing this mesmerizing journey on console or PC.”

When I first played Genesis Noir last year, I was blown away by its visually arresting storytelling and the emotional journey it took me on. So when Genesis Noir The Astronomy Update released, it was a given that I would have to traverse this gilded cosmos once more. Featuring three new levels that are meant to enhance an already incredible experience, The Astronomy Update beckons players to dive back into a sprawling saga, beginning at the Big Bang and ending with the heat death of the universe… and everything that comes after. Did it add more clarity to the time-spanning tale, or was it worth the trip? Only one way to find out! 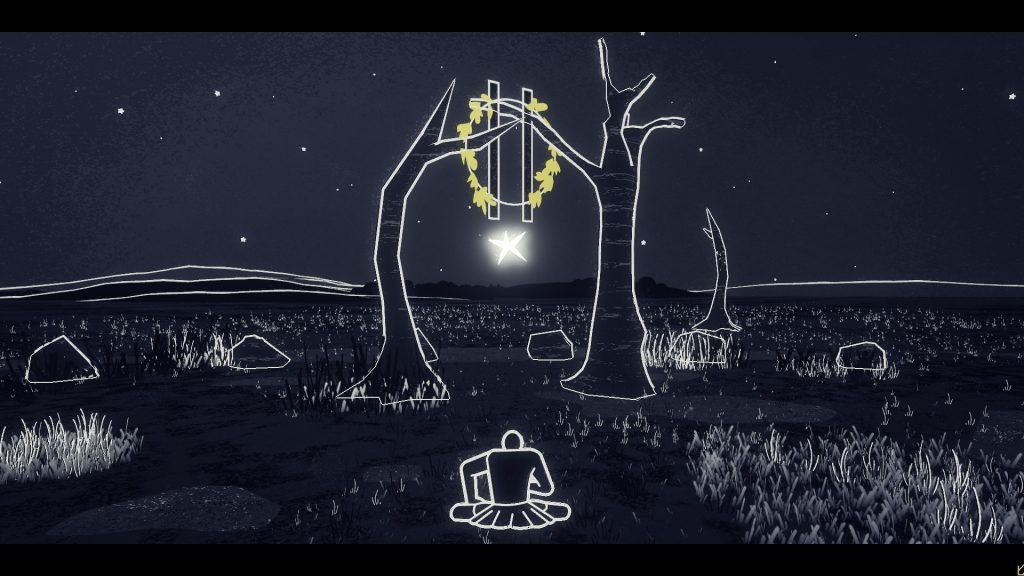 Genesis Noir is, at face value, a love triangle between shady watch salesman No Man, the voluptuous jazz vocalist Miss Mass, and saxophone master Golden Boy. A few batted eyelashes between No Man and Miss Mass was all it took for the former to try his luck with the lovely lady, only to walk into a literal crime scene with jilted lover Golden Boy shooting the songstress. It was in this moment that time itself not only stopped for No Man, but expanded before his eyes — the Big Bang created by the very act of Golden Boy pulling the trigger. Compelled by forces greater than himself, No Man explored space, time, and everything else before, after, and beyond, becoming one with the constant that anchors us all.

When it comes to the update, Genesis Noir The Astronomy Update adds three new levels that are easily identifiable by their color palette. When choosing to play by chapter, the new levels stand out in gold instead of white like the previous chapters, making it simple to just click and play them individually. Of course, doing it this way after not playing for a year might not be the best idea, especially if you don’t remember the game’s finer details, so it might be worth it to just play from the beginning and let the new levels come as part of the complete experience. 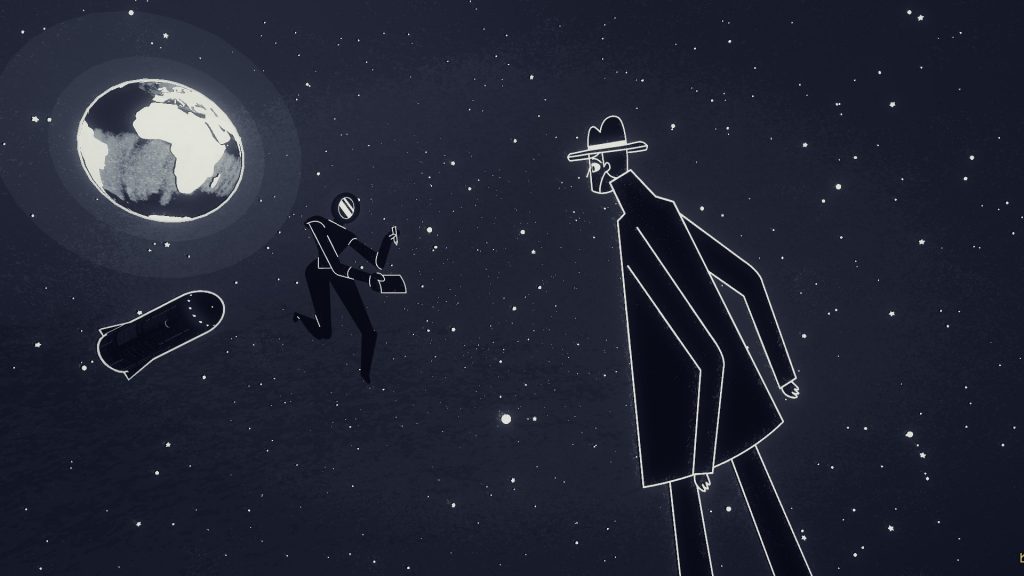 Although Genesis Noir The Astronomy Update isn’t going to be the reason one buys the game per se, I walked away from the experience with a better understanding of Golden Boy and how he fits in with the narrative outside of merely shooting a gun. I also really enjoyed some of the mechanics introduced, like the star-gazing level set in Stonehenge. The new levels fit seamlessly into the existing story in every imaginable way and make the game feel more whole. Simply put, Genesis Noir The Astronomy Update absolutely belongs in the game, and if you haven’t enjoyed this jazzy odyssey through space and time already… what are you waiting for?

Be sure to check out Genesis Noir The Astronomy Update on PC, Nintendo, and XBox today!