.hack//G.U. Last Recode Review: How come I must know where obsession needs to go? 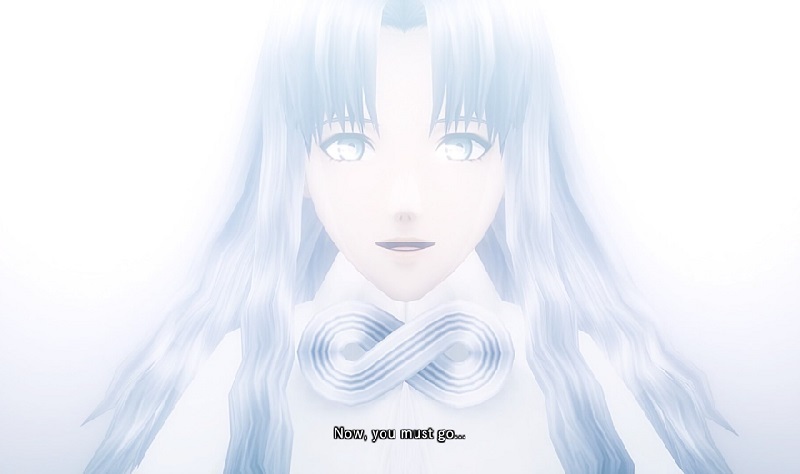 Writer’s note: Now that .hack//G.U. Last Recode has been released on PS4/5, PC, and Switch, I’d just like to take the time to formally request Bandai Namco remake or remaster the original four games: .hack//infection, .hack//mutation, .hack//outbreak, and .hack//quarantine. Should there be any question re: demand, please check eBay prices on the four titles, where they are being sold together for $500 USD (.hack//quarantine alone sells for $300 USD at least). And for any interested readers, please take this official Bandai Namco survey to let them know how much we would love to see these games updated. Thank you for your time.

When .hack// first dropped in the early 2000s in multiple entertainment formats, there was something about it that was just so perfectly timed for teenagers just starting to gather in online worlds. The manga was certainly interesting and the anime packed a different kind of punch — especially with the god-tier soundtrack from the genius brain of Yuki Kajiura (listen to Grandpa’s Violin without crying, I dare you). A sprawling epic spanning four games (with bonus anime discs!), the original series absolutely consumed me, and to this day remains one of my favorite series of all time. To me, .hack//G.U. is good in the same way that FFX-2 is good — it brings players back to a familiar home filled with beloved characters, and while it isn’t the original, it’s still better than a massive amount of games out there.

I purchased .hack//G.U. Last Recode on both PS4 and PC upon release to show Bandai Namco that this was fan-supported franchise in hopes of seeing the originals remastered some day, and the Switch version was no different (managed to snag the collector’s edition!). How does the Switch version of .hack//G.U. Last Recode stack up against the more powerful ports on PC and PS4? Let’s delve back into The World and find out! 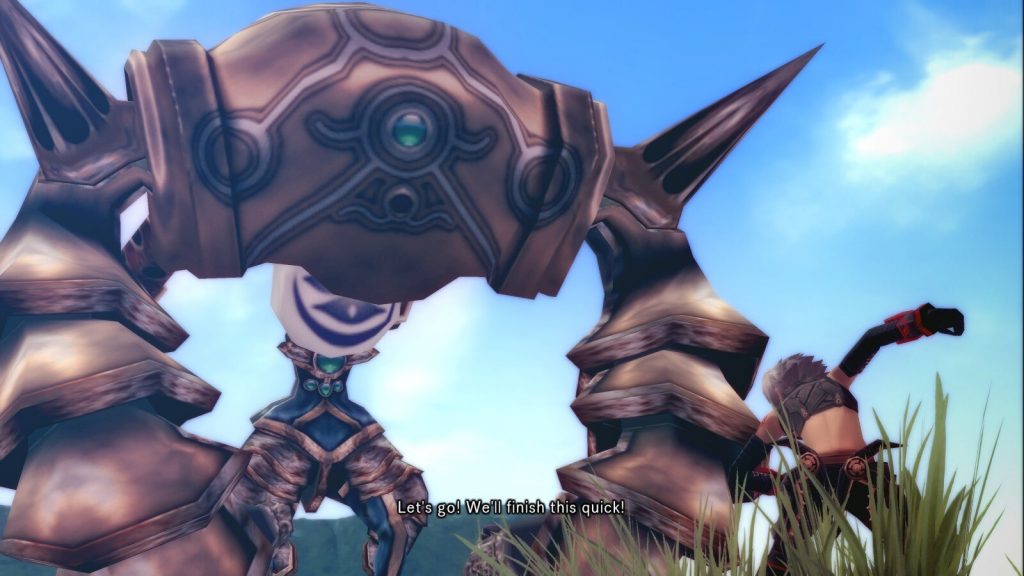 For the uninitiated, .hack//G.U. Last Recode is a remaster of the PS2 trilogy .hack//G.U., containing the three games (Rebirth, Reminisce, and Redemption) with an additional new volume that ties up some loose ends left over from the third installment (Reconnection). There’s also the Terminal Disc, which provides hours of bonus content to explain the lore that leads up to the events of the series, and the Parody Mode, which is a collection of movies with silly improvised lines from the voice actors. In total, players are looking at 100+ hours of gameplay and content to get lost in, so to say .hack//G.U. Last Recode has some bang for your buck is clearly a bit of an understatement.

It’s hard to say much about .hack//G.U. Last Recode’s story without tiptoeing into spoiler territory, so I’ll make it as brief as possible. The year is 2017, and The World R:2 has replaced the original version of The World, which was nearly completely destroyed in a server fire in 2015. This massively popular MMORPG has filled the void left by the destruction of the first one, but a menace plagues the game: PKs, or player killers — players who kill other players simply for fun. One player, Haseo, has taken it upon himself to combat this scourge, earning him the nickname “Terror of Death” and title “PKK” (player killer killer). For 8 long months, Haseo takes down PK after PK, seeking the one named “Tri-Edge” to exact his revenge; you see, it was Tri-Edge who killed his friend Shino in-game, mysteriously sending the real-life version of herself into a deep coma. Finally, Haseo finds the PK he was looking for, although what he finds is far stronger — and scarier — than he could have ever expected… 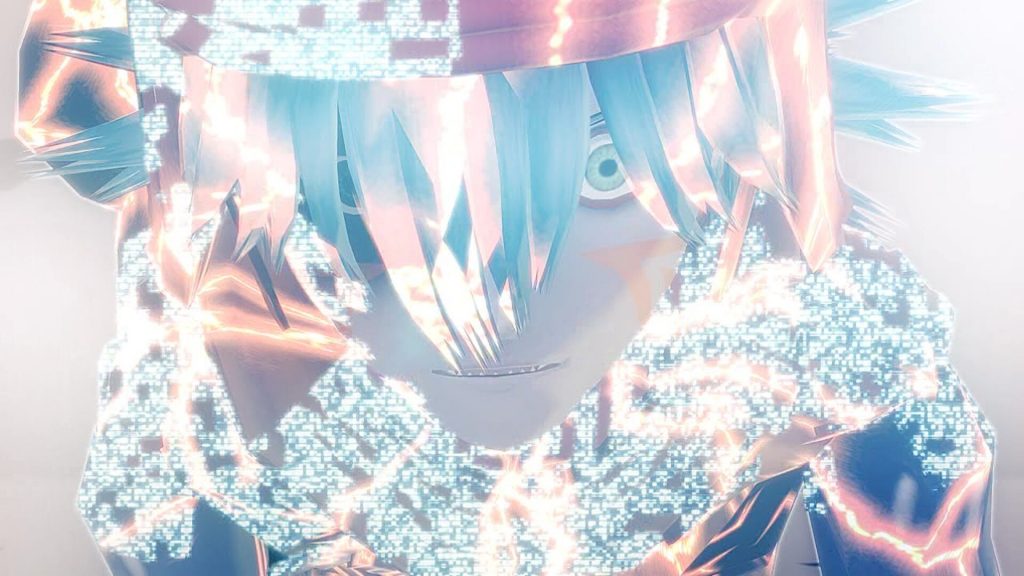 It’s worth repeating that the Switch version of .hack//G.U. Last Recode is a port of a PS4/PC remaster of a PS2 series (with me so far?). This means that the game actually looks pretty good, all things considered, but definitely feels its age. I don’t mean this negatively — in fact, I find this to be part of the charm — but there are things that might be endearing to some while jarring to others. For example, you’re going to need to remember to manually save, places are broken up into smaller maps with defined walls instead of one true open world, and gameplay feels more on the simpler side considering the decades of advancement that’s happened between then and now.

But I was surprised by just how much I missed from this glorious era of gaming that I didn’t realize weren’t really around much anymore. The overly animated, repetitive body movements to convey that someone was speaking or emoting make a comeback, the exaggerated laughter and exasperation being two of my favorites. I also really loved seeing the hub again, and spending hours in a pretend OS reading articles, perusing forums, and checking my emails brought back some fond gaming memories. More fantastic aspects include being able to switch the voice acting from the English cast to the Japanese OVA and the utterly incredible and perhaps unparalleled soundtrack. (No disrespect meant to the English voice over cast by the way — it’s stellar, but being able to opt into the Japanese voice cast on the PS2 felt pretty ground-breaking back in the day and old traditions die hard.) 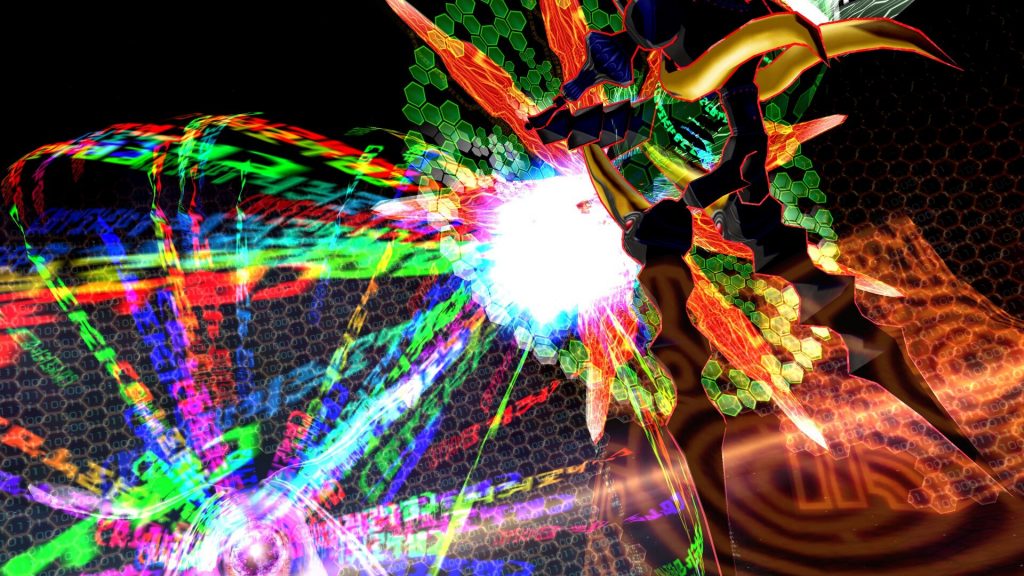 As for those who have played the PS2 releases (or even the PS4 and/or PC remasters), it’s safe to say that what you expect from a PS4/PC game to Switch port is par for the course here. Now, granted, it’s still easier on the eyes than popping your decades old discs into your PS2 again, but if graphics and framerates are of the utmost importance to you… I honestly don’t even know why you’re reading this article, because you pretty much know by now what to expect when it comes to Switch graphics. But if you’ve yet to experience the remaster at all and love what the Nintendo console has to offer, then the Switch version does the trick just fine.

With that being said, the Switch version of .hack//G.U. Last Recode is a little tricky to rate; consider that the games must first be rated on their own (i.e., were the games even good in the first place?), followed by what the remaster offers and how the port was handled. Although the original .hack//  ̶q̶u̶a̶d̶r̶i̶l̶o̶g̶y̶ tetralogy is by far my favorite of the two series, it’s not up for debate that .hack//G.U. fixed a lot of the glaring issues the first four presented. On the remaster front, the inclusion of the fourth game provided some much desired closure, even if it was only a 2 – 5 hour romp and not a full game (not to mention the enhanced graphics and all that). As for the Switch port, it does its job well enough — those with a clear preference for the platform won’t have much to complain about. In sum: “yep, it’s .hack//G.U. Last Recode for the Switch, alright.”

It feels a little funny to review .hack//G.U. Last Recode for the Switch. Diehard .hack// fans like myself just needed to be told when and where to buy it with no questions asked, and those who have never dipped their toes into the title (or franchise as a whole) have three current platforms to choose from with a basic understanding of what one can reasonably expect from any of them. To that end, I’d like to close the review on this note: .hack//G.U. Last Recode is worth the money no matter which platform you buy it on, but if you want to support some of the most creative and dedicated developers out there, pick up .hack//G.U. Last Recode on the Switch — don’t let CyberConnect2’s blood, sweat, and tears go to waste.

Editor’s note: This review is based on a digital copy of .hack//G.U. Last Recode provided by the publisher; the reviewer also purchased a physical copy. 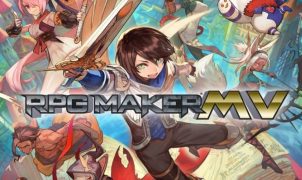 So easy to use, a (VERY patient) child could do it! To The Moon. Finding Paradise. Rakuen. OneShot. Corpse Party. The Witches House. These incredibly important indie games and…