Following in the footsteps of the recently released Sifu, Trek to Yomi is a cinematic action game heavily inspired by East Asian cinema. However, while French indie studio Sloclap’s hit martial arts brawler takes its cues from classic kung fu movies, Trek to Yomi instead aims to emulate the samurai films of the 1950s and 60s. Co-developed by Leonard Menchiari and Shadow Warrior 3 studio Flying Wild Hog, it combines razor-sharp swordplay and striking art direction to deliver what could very well be one of the most exciting action games to release this year.

Publisher Devolver Digital recently allowed me to go hands-on with the game’s first two chapters. Clocking in at just shy of an hour, this early portion was enough for me to get a good feel for Trek To Yomi‘s deadly duels while soaking up its movielike atmosphere. After leaving a mountain of bloodied bandits in my wake, I’m already dying to get back to the fight.

Set during Japan’s Edo period, Trek To Yomi puts players in control of a samurai named Hiroki. The preview build begins with the young swordsman learning the way of the blade under the tutelage of his sensei Sanjuro. However,  Hiroki’s training session is cut short when a gang of unruly bandits storm the town and begin massacring anyone unlucky enough to get in their way. While Sanjuro rushes to investigate the commotion, Hiroki, along with Sanjuro’s young daughter Aiko, sets off through the village to assist in the town’s defense.

This opening segment does a spectacular job of setting the stage for Trek To Yomi’s cinematic adventure. From the dramatic camera angles to the way the townsfolk, unaware of the commotion at the village gates, go about their day in the bustling streets and marketplaces, each scene is teeming with little details that help bring the world to life. At first glance, you’d be hard-pressed to tell the game wasn’t some long-lost samurai flick from decades past; A testament not just to developers Leonard Menchiari and Flying Wild Hog’s striking black and white aesthetic, but also the game’s spectacular presentation, seems to fill every last inch of the screen with something interesting to look at.

Of course, it doesn’t take long before Hiroki comes face to face with the town’s unwanted guests and must introduce them to the business end of his katana. While exploration gives you full freedom to explore the game’s 3D environments, combat takes place on a 2D plane. All told, it feels pretty good. You can execute light and heavy attacks. Additionally, pressing the analog stick in different directions gives you access to quick vertical slices or a piercing thrust that’s slow but great for taking down armored foes. Finally, by timing your block just before an enemy’s attack lands, you can stun them and follow up with a counterattack.

If there’s one word I’d use to describe Trek To Yomi‘s deadly duels, it’s stylish. You’ll often be facing off with groups of bandits on either side of you, and it’s very satisfying to pick them off one by one with Ginsu-sharp efficiency. If you manage to stagger an enemy, you can press the right shoulder button to perform a flashy finisher that usually sends your unlucky opponent’s head sailing through the air, restoring a bit of health in the process.

One thing about the demo that really impressed me is just how much freedom you have to explore each locale. For example, if you see a door ajar in your travels, chances are you can go inside. You’ll often encounter citizens in need of your assistance in these optional areas. Manage to rescue them, and you’ll receive even flashier sword combos, bo-shuriken that you can throw to strike your enemies from a distance, and even items to boost your maximum health and stamina permanently.

Keeping an eye out for alternate routes isn’t just suitable for sourcing items and upgrades; it can also help you get a strategic advantage over your enemies. For example, during the game’s second chapter, which puts you in the shoes of a much older Hiroki on a mission to defend the neighboring town of Kamikawamura from a warlord’s rampaging army, I came across a cave nestled into the side of a rugged cliff. By climbing a ladder slightly off the beaten path, I positioned myself above a gang of soldiers milling about below a makeshift crane loaded with rocks. By chopping the rope, I sent the entire load crashing down, killing all three of them instantly.

Overall, Trek to Yomi makes a strong first impression. However, there is one thing that has me a bit concerned about the final release. Simply put, the game just feels a bit too easy, at least in its current state. On the easiest difficulty, Kabuki, most enemies can be cut down with a single slash, and they’re typically more than happy to run headlong into your extended blade, like lambs to the slaughter. Even the two bosses — a heavily tattooed bandit and a warlord’s Yari-wielding lapdog — can be dispatched in short order if you simply keep your guard up.

Dialing up the difficulty to Bushido or Ronin addresses this a bit by giving the enemies a bit more health while upping the damage they dish out. But this doesn’t make too much of a difference when health and stamina-restoring save points seem to be just around every corner.

Difficulty issues aside, Trek To Yomi seems to have plenty of potential. And with a little bit of balancing, I’m confident developers Leonard Menchiari and Flying Wild Hog can get the game where it needs to be. So if you’re a fan of classic samurai cinema or just want to feel like an Edo-era badass as you cut down hordes of bloodthirsty bandits, Trek to Yomi is a stylish tale of revenge you’ll want to keep an eye on when it slashes its way onto consoles and PC later this year.

So, what do you think of the look of Trek To Yomi? Are you excited to experience this bloody tale of revenge for yourself? As always, we love to hear what you think. Be sure to sound off in the comments below and let us know. 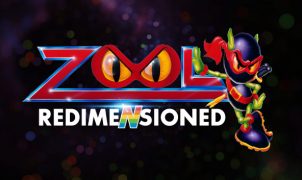