Learn when, where, and how to woo the lovely ladies of Rigbarth in our Rune Factory 5 Bachelorette Marriage Candidate Guide! 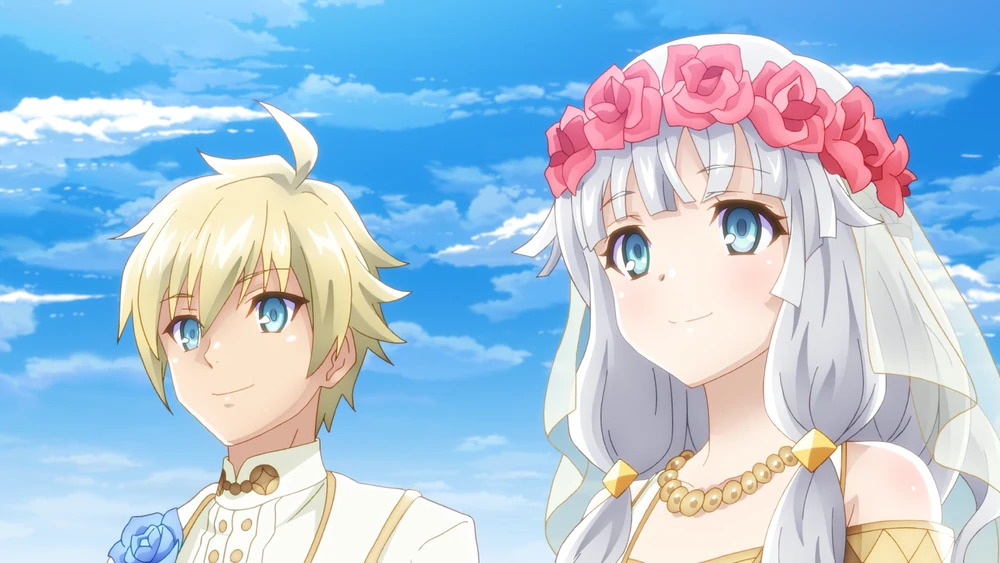 Life in Rigbarth is always exciting, thanks to the plethora of content that Rune Factory 5 presents to its players, but I think that most of us out there can admit that life within the game would be at least a little bit sweeter with a special someone at your side. A special someone, like, say, a lovely, young lady who also so happens to be living in Rigbarth? Well, you’re in luck, dear reader, because Rune Factory 5 doesn’t just have one available bachelorette, but six for players to choose from—lucky you! Of course, love isn’t always an easy thing—and, in this game, there’s not even a guarantee when the spark of romance is finally going to ignite. That’s exactly why we’re here, though—to pass on what we know about the ins and outs of romance within the world of Rune Factory 5 and, hopefully, make things go at least a little more smoothly for you in the process. So, without further ado, let’s begin our dive into the hearts and minds of Rigbarth’s wonderful (and single) women!

Also, please be warned before reading any further that this guide does contain certain spoilers related to the main story!

Soft-spoken, sweet, well-intentioned, and a little on the clumsy side, Priscilla is about as close to being the embodiment of the “small-town girl next door” archetype as you can get—she’s also one of the first characters you meet in the entire game, alongside her best friend and fellow bachelorette Lucy! Initially, you can find her hanging around the SEED Outpost, but, after a certain point, she’ll either begin working for Randolf and Yuki at Sweet Hearth (the bakery) or Misagi at Serendipity (the general store). Which one will she end up working at? Well, I’ll leave that up to you to figure out…

Priscilla’s so nice that she’ll act like she loves just about anything that you give her (and she probably does). If you really want to get on her good side, though, consider giving sweets to a sweet—food like Cake, Flan, and Apple Pie will get you plenty of bonus points if your goal is to win over Priscilla’s heart. You know what isn’t a sweet, though? Squid—so don’t try winning her over with any (alive or otherwise)!

Lucy is Priscilla’s best friend, and if our first bachelorette was sweet, then you can bet that this one airs on the side of spicy. An athletic and outspoken tomboy, Lucy divides her time evenly between looking after her brother, Julian, trying to prove that she’s better than the protagonist through various friendly competitions, and working at either Sweet Hearth or Serendipity, depending upon… well, like I said, I’ll let you find that out for yourself, dear reader. Regardless, if you’re looking to wife up a spitfire, Lucy’s absolutely your gal.

Lucy’s fairly easy to please when it comes to giving her gifts she likes—all it takes is a live fish! Yes, for real, she’ll be happy as a clam if you give her a… well, I don’t think that you can actually catch those, but other aquatic life suits her just fine! Her favorite fish seems to be the Glitter Snapper, but those are kind of rare so I’m not sure that I’d necessarily advise giving them away unless you’re chomping at the bit to rack up those affection points ASAP. It’s your call in the end, though! (P.S. — I don’t know why you’d ever try to give Lucy Devil Blood, but don’t. She hates it.) 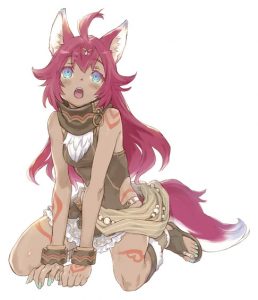 Next up on our list is Fuuka! A rather unique and eclectic were-animal who’s still in the process of learning human speech (albeit with an incredible ability to get her message across without even needing to speak the same language as her conversation partner), Fuuka lived a lonely and nomadic life out in the wilderness without a place to truly call home… fortunately all of that changed when she stumbled across Rigbarth, and now she considers herself just another one of its many happy residents as she works every day to pick up Elsje’s slack in the Lackadaisy. When she’s not working, Fuuka can also be found wandering around the beaches surrounding Rigbarth.

Fuuka may claim to be a were-animal, but I’m starting to believe that she’s secretly a crow because Fuuka adores shiny things. If you’ve ever got some spare Gold or Platinum Ore (which is actually not as rare as it sounds, I promise), or even a Diamond, consider tossing it her way. Oh, and if you really want to make her day, Fuuka seems to love Emeralds above almost everything else. Hard pass on Pickled Turnips, though, as Fuuka kinda hates those.

There are about as many different things that you can be attracted to as there are different people in this world. And if things like a solid work ethic, a strict moral code, and a strong sense of justice are what get your heart pumping, then I’ve got the perfect lady for you—Scarlett! A SEED ranger living directly under the player with plenty of seniority on the protagonist, Scarlett is a no-nonsense workaholic who’s commitment to seeing a job through is, in all honesty, almost as concerning as it is admirable (I started to worry when I learned about her approach to solving literal puzzles). Still, beneath her hardened exterior lies the heart of a person, er, half-elf, that just wants to be loved—and she’d be pleased as punch if it were you!

As a woman who doesn’t necessarily want a lot of frills, it probably won’t surprise you to hear that her tastes are rather simple—rice dishes are the way to her heart. Be it Bamboo Rice or any kind of Onigiri, a simple rice dish will be enough to turn Scarlett’s face the same shade as her namesake. Union Stew, on the other hand, is something that should be kept away from her. Unless you’re actively looking to decrease her affection points, I guess…?

A Princess from the kingdom of Norad, Beatrice, has come to Rigbarth on a secret mission with only a single knight—a man by the name of Reinhard—by her side. While in Rigbarth, Beatrice has chosen to cast aside her identity as a princess, instead acting as a noblewoman, and decides to take up residence within the town’s decrepit Belpha Ruins. Though seemingly undercover, Beatrice’s life as a princess has sheltered her from many normal things, leading to some strange and unexpectedly comedic situations. Will the people of Rigbarth eventually uncover her secret? Only time will tell…

It’s up to Beatrice to keep her secret safe, but it’s up to you to win her heart if you so choose! To that end, Strawberry Milk, or any other strawberry themed dish is the best way to go—the princess is pretty obvious about her love of strawberries, after all. If you don’t have any of those handy, try whipping up something like Flan. Keep any kind of Gratin away from her, though! 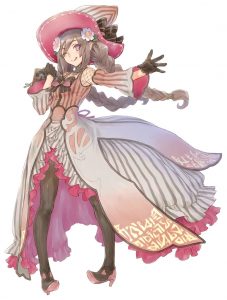 If you thought any of the previous bachelorettes were strange, just wait until you meet Ludmila. Although you aren’t introduced until about halfway through the game, this succubus’ larger-than-life personality, combined with the fact that she immediately falls in love with the protagonist upon meeting them, makes every minute with her unpredictable. Despite seeming a tad bit unhinged, however, Ludmilia fits into Rigbarth perfectly fine, even running her own flower shop, Flowerstruck, every day.

Being the flower shop owner, it shouldn’t come as a surprise that Ludmila likes certain kinds of flowers, such as the Charm Blue. What really gets her going, though—and I honestly can’t figure out why this is—is Salted Rainbow Trout. She seriously goes bonkers over it. Heck, if you don’t want to cook, you can just give her a live Rainbow Trout. She won’t like it quite as much, but it’ll still make her happy. What doesn’t make her happy, however, is a random high-level monster drop called Fine Green Fur. Maybe she’s an animal lover? Your guess is as good as mine on this one.

Before saying goodbye and wishing you good luck, I’d like to present you with a few more (hopefully helpful) tips for you to keep in mind while you take your chance at love:

Time to Go Land You a Lady!

That’s a wrap on Hey Poor Player’s Rune Factory 5 Bachelorette Marriage Candidate Guide! Hopefully, you found something helpful in there! Do you have any helpful hints that we didn’t mention? Which bachelor do you like the most? Let us know your thoughts in the comments below!