The Company Man Review: In Spite of my Wage, I’m Still Just a Rat in a Cage 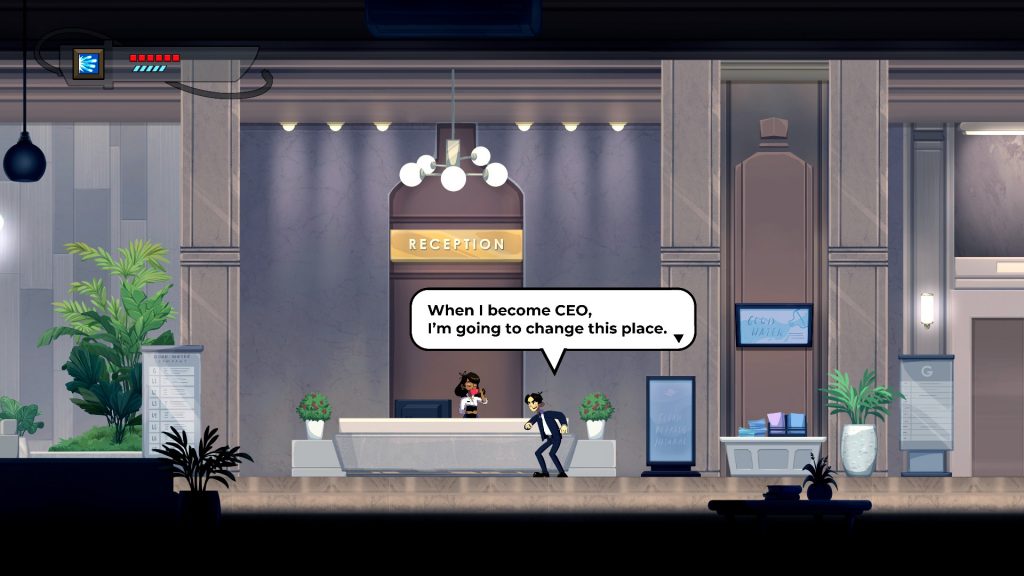 The first day on at a new job can sure be stressful — new faces, new names, new protocols, new hierarchies, new everything! Jim’s really feeling it on his first day, already pushing pencils and plowing through paperwork like crazy without even taking an office tour. Another coworker takes notice of the newbie and leads him around the place… right into a trap. It seems office camaraderie isn’t what it used to be, and Jim finds himself in the pits of corporate hell. Swearing to take his revenge, Jim arms up with his trusty keyboard and tackles the entire organization, one department at a time.

So opens The Company Man, a satirical action platformer poking fun at the 9 – 5. Developed and self-published by Leoful, The Company Man allows players to rage against the machine on Steam or Nintendo Switch, promising “classic side-scrolling action, beautifully painted environments, and unique enemies including real-life inspired farting co-workers.” And while it doesn’t reinvent the wheel, The Company Man competently utilizes beloved elements from the genre in a setting that fans of The Office and Office Space will get a kick out of. 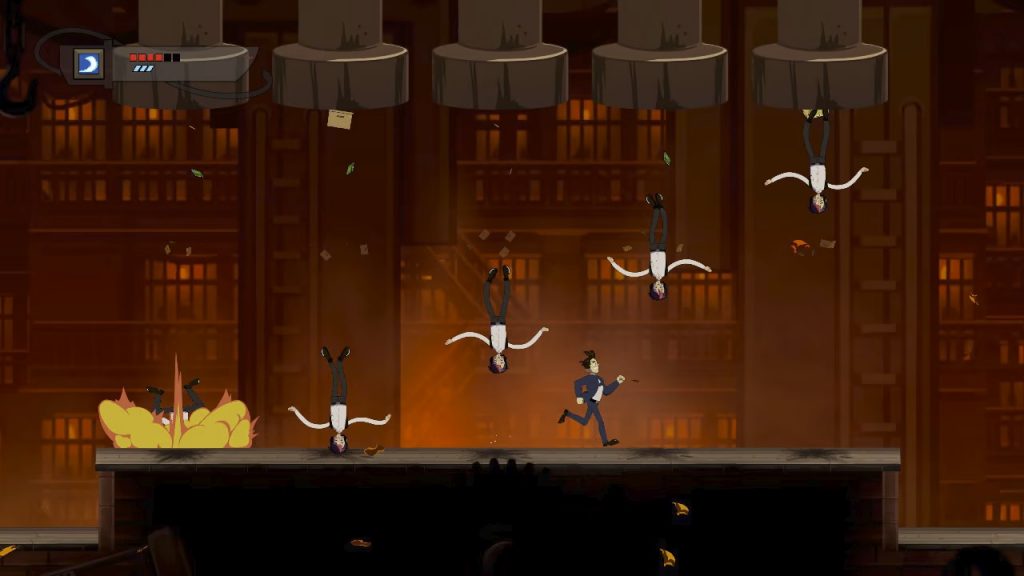 As previously mentioned, The Company Man has players taking on the role of Jim, a standard salaryman seeking sweet, sweet vengeance on his back-stabbing higher-ups. With keyboard-gun in hand, Jim jumps, dashes, slams, and shoots his way through the varying departments in his office, from customer service to IT and beyond. And if the sabotaging superior was any indication, it’s clear Jim is going to need to be quick on his feet and unafraid of fighting back fiery coworkers — there’s no collaboration in this open office, only pain. Apparently Jim didn’t do his homework when job-hunting, as this place is literally an employee’s worst nightmare!

While I didn’t find The Company Man to do too many new things, that in and of itself is a strength — it takes the classic aspects we’ve come to know and love about the genre and uses them to provide an anchor for its special brand of creativity. Beautifully illustrated environments are juxtaposed to the otherwise cold corporate machine, which itself is filled to the brim with unique enemies that have a wide variety of animations to dip, duck, dash, dodge, and destroy. If whacking away at a fire-breathing customer service rep isn’t doing it, hit ’em with an “as per my last email” bullet to do some serious damage. Just try to avoid getting hit yourself, as you’re definitely not immortal; however, if you do find yourself feeling a little burned out, an HP recharge is just a coffee break away. 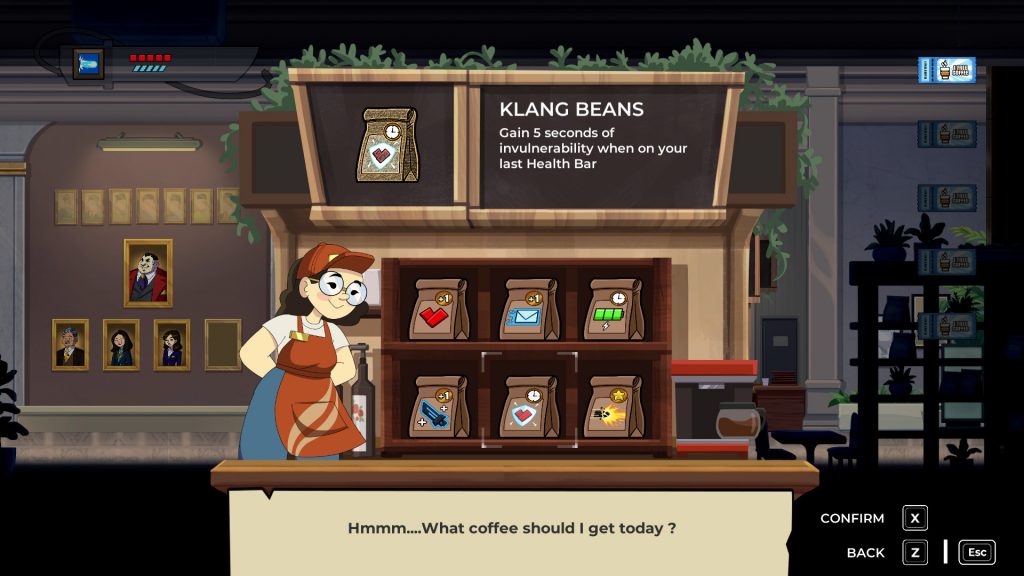 After crawling through the bowels of the company and clawing  your way to the top of the corporate ladder, you’ll encounter literal boss battles that guard the gates of progression. Some of the bosses are a really fun challenge that blend seamlessly with the entire style, while others are a bit forgettable. Regardless, memorizing their attack patterns and trying not to lose health along the way are at the forefront of these… ermm, meetings, and if side-scrollers were your bread and butter growing up, The Company Man’s boss battles will scratch that nostalgic itch.

I have but one complaint for The Company Man, and that’s that the hit boxes for things were perhaps a bit too unforgiving. Most of the time it wasn’t an issue, but there were some enemies that left plumes of impact or dust or… grit? Whatever it was, if you so much as got within a whisper of that wake, you lost a little bit of health, which, like, isn’t the end of the world of course, but boy did it hurt, especially in the beginning. Any other supposed issue could easily be spun into a positive, like only being able to upgrade your stats a few times, forcing players to employ careful strategies.

At a time when trading sweat pants for slacks in a bid to return to the office is a dreaded drag, The Company Man reminds us exactly of what we hoped to leave back in the “before times.” With that being said, it’s handled in such a clever and fun way that brawling with colleagues becomes almost cathartic. If you’re tired of being a cog in the corporate machine and want to stick it to the man, The Company Man offers that pick-up-and-platforming-play that’ll surely bring joy to your lunch hour.

Full disclosure: This review is based on a copy of The Company Man provided by the publisher.