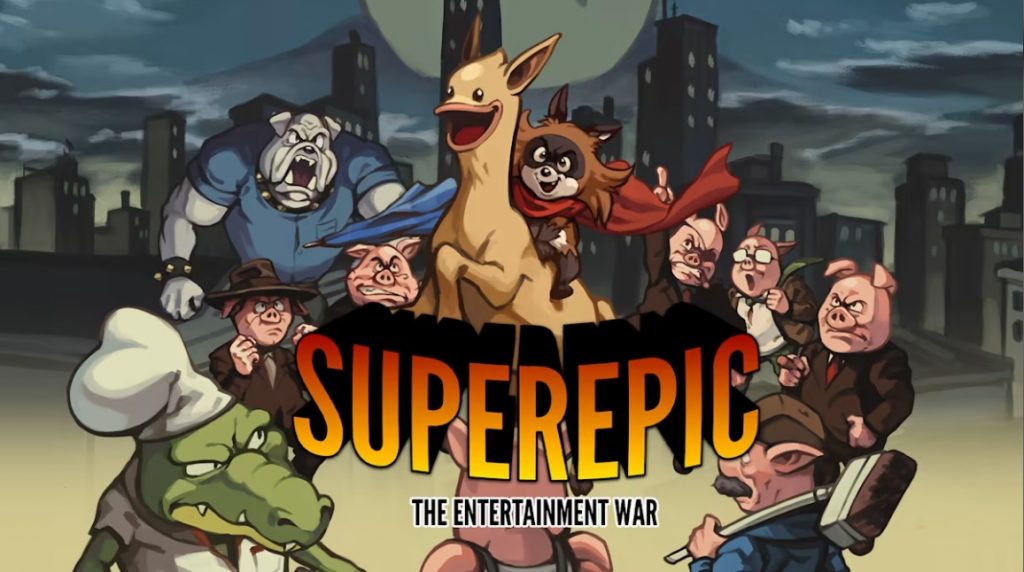 Initially released in 2019, SuperEpic: The Entertainment War is a satirical take on the Metroidvania genre. The game puts players in control of a rebellious raccoon named Tan Tan who, atop his loyal llama steed named Ola, must infiltrate the evil video game conglomerate Regnantcorp that’s manipulating the masses with mind-controlling free games.

Featuring a vibrant hand-drawn art style, SuperEpic: The Entertainment War features a sprawling interconnected world to explore, oodles of weapons to collect, and an RPG-style upgrade system tied to its in-game economy.

Available via the Strictly Limited Store, the 29.99€ standard physical edition will be available for PlayStation 4 and Nintendo Switch, limited to 300 and 500 copies respectively. Additionally, a 49.99€ Limited Edition will also be available (limited to 700 copies on Switch and 500 on PS4), which comes bundled with a special Limited Edition box, soundtrack, die-cut character sticker set, enamel pin set, and art book.

Interested in adding this to your collection? If so, you might want to set a calendar reminder for Thursday, March 10th, at 4 PM CET to pre-order your copy at the Strictly Limited Games Partner Store and their partnered fan store Gamesrocket.

For a closer look at SuperEpic: The Entertainment War, check out the trailer below:

With so many indie titles finding their way to storefronts like Strictly Limited Games, Limited Run Games, and Super Rare Games, it’s getting harder and harder to choose which ones get my precious shelf space. However, I think this one might just be quirky enough to warrant a spot in my library. Will you be making room for SuperEpic when pre-orders open up tomorrow? Let us know in the comments.