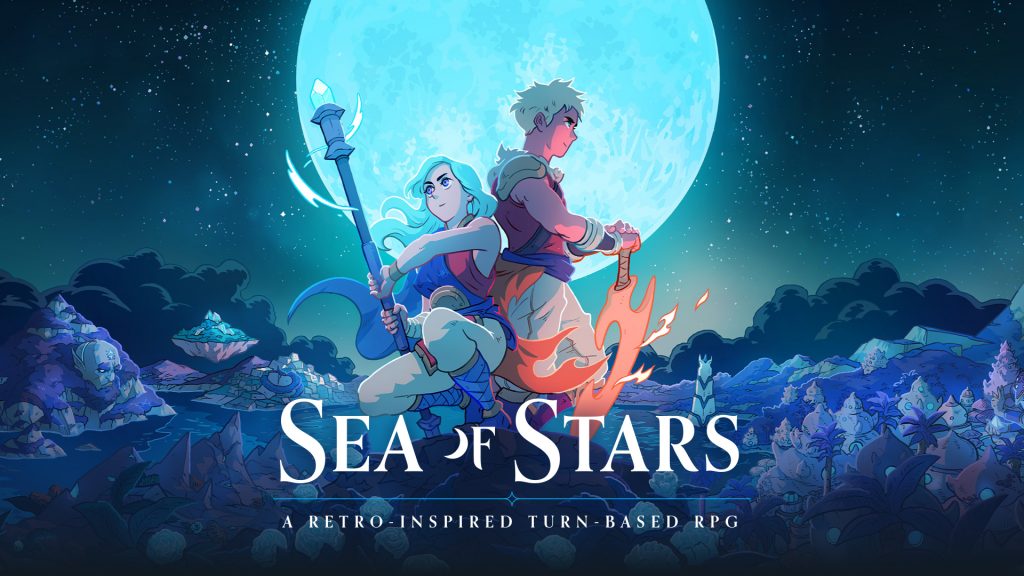 Developed by Sabotage Studio, Sea of Stars wears its inspiration proudly on its sleeve. Taking notes from some of the SNES’ finest role-playing games, including Illusion of Gaia, Super Mario RPG, and, perhaps most notably, Chrono Trigger, it’s an adventure that’s sure to excite fans of old school JRPGs. But that’s not to say it’s a game that’s entirely stuck in the past. While Sea of Stars is undoubtedly tailor-made for players who cut their teeth on some of the most notable RPGs of the 16-bit era, the Quebec-based indie outfit has polished and finessed the mechanics found in those games to create something that feels both fresh and familiar.

Hey Poor Player recently had the chance to join Thierry Boulanger, president & creative director at Sabotage Studio, for a roughly 30-minute gameplay demonstration. During that period, we got to take a good look at the game’s breathtaking retro-inspired visuals, engaging dungeon-crawling, and gripping turn-based combat. Admittedly, it was a tiny slice of what fans should expect ahead of its launch on consoles and PC later this year. However, even from the bite-sized portion of the game we got to see, it’s evident the developer is shooting for the stars with this upcoming adventure. 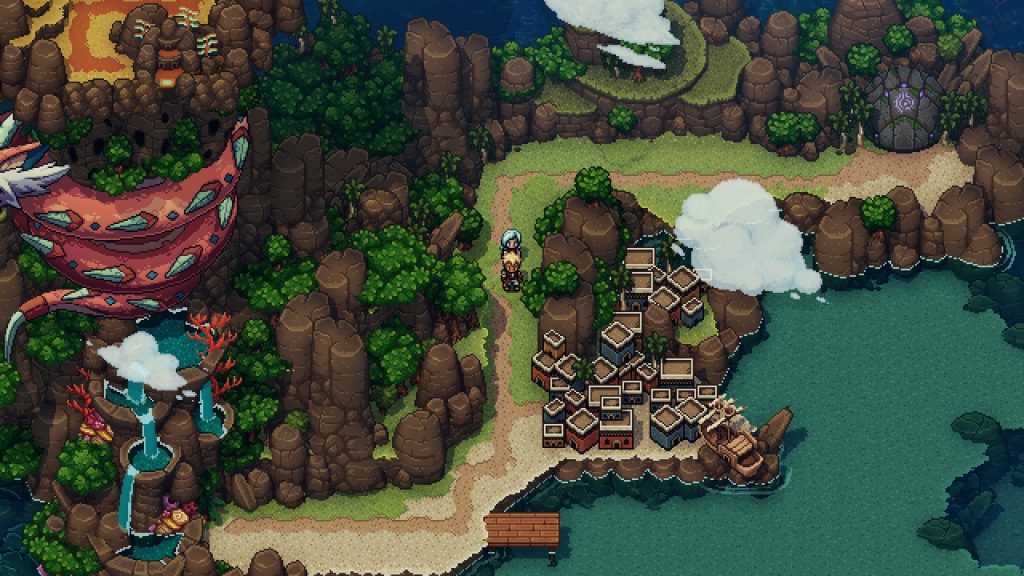 The demo began in a seaside town, with the game’s dual-protagonists, Solstice Warriors Zale and Valere, and the burly cook, Garl, looking to charter a ship to a nearby island. It was here in this scenic setting that Boulanger, who walked us through the demo, took the time to showcase Sea of Stars‘ impressive dynamic lighting system. Using Zale’s Solstice ability to change the time of day, shadows slowly began to creep across the screen, and the windows of shops and houses lit up like fireflies as the sun went down. It’s an effect we’ve seen time and time again in games over the years, of course. But Sabotage Studio’s superb artistic direction makes it feel brand new.

With the lighting showcase out of the way, it was time to focus on the juicy stuff: the dungeon crawling and combat! 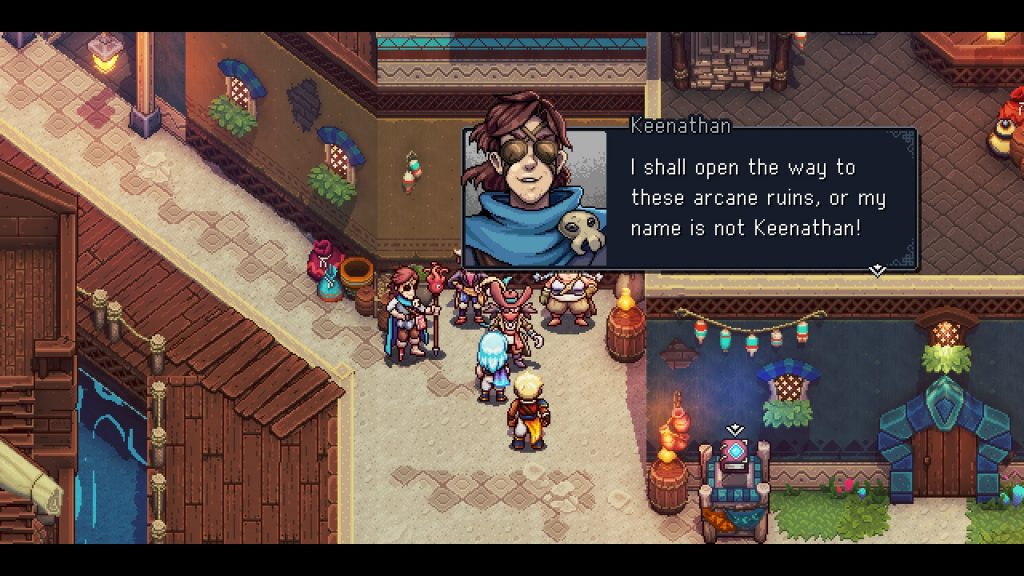 Upon leaving the village, the party encounters a gang of pirates willing to help them reach the Palace of Illusion. However, these salty dogs aren’t exactly willing to give the gang a lift for free (these are pirates, after all). To gain access to the pirate’s ship, they’ll first need to venture into the ruins of a wizard’s lab and recover a magical coin.

One of the first things that grabbed my attention was how Sea of Stars handles traversing the environment. The cavernous dungeon was full of waist-high ledges Zale could scale seamlessly and leap down from, giving the locale a delightful sense of verticality rarely seen in classic-style RPGs. As he nimbly made his way across a platform-filled chamber, Boulanger said something to the effect of wanting to do away with the grid; the rigidly-designed tile-based maps that defined 2D RPG dungeons. And overall, it seems the team is well on its way to achieving that noble goal. Sea of Stars‘ exploration looks like a blast thanks to the surprising freedom of movement it provides the player. 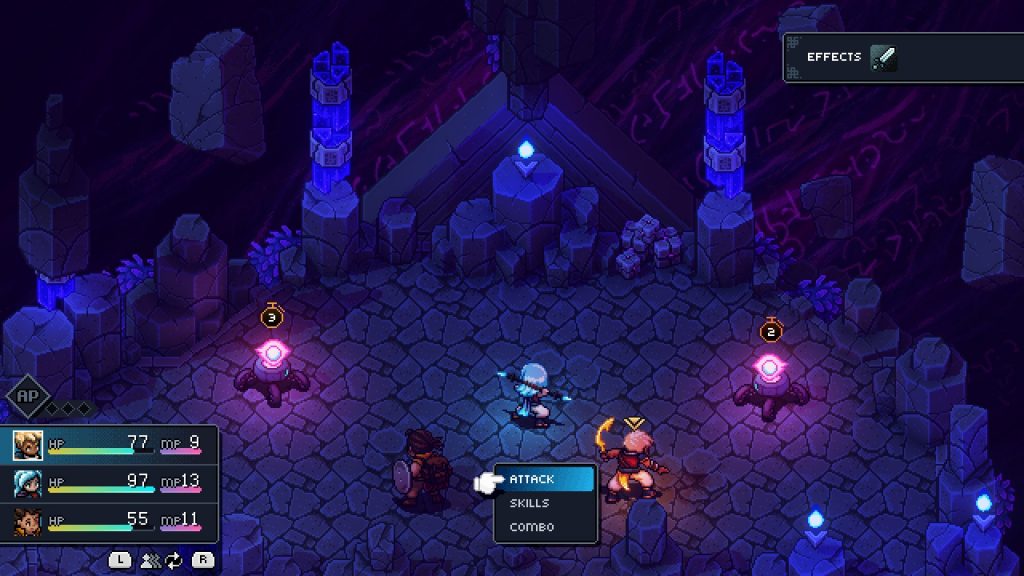 As Zale and his companions explored the ruins in search of colored crystals, which, when combined, would open gates to other areas of the dungeons, they came across a handful of strange creatures who didn’t take kindly to trespassers. Thankfully, this band of adventurers isn’t too shy about getting their hands dirty.

If you’ve ever played Chrono Trigger before, Sea of Stars combat should feel very familiar. Like Squaresoft’s 1995 classic, it features turn-based battles, and you can utilize powerful combo abilities that combine the skills of your party members to devastating effect. But Chrono Trigger isn’t the only game Sea of Stars‘ battle system pays homage to. The game also allows you to time your button presses to mitigate oncoming attacks or augment your own abilities’ powers, much like Super Mario RPG.

For example, one of my favorite skills showcased in the demo is Valere’s moon projectile. If you press that action button just as it connects with an enemy, it will pinball to the next. Keep timing your inputs right, and you’ll watch the damage output skyrocket. Not only does it add a nice visual flourish to the proceedings, but it also seems like it does an excellent job of keeping the player engaged when battling even the most low-level fodder.

Further fleshing out the battles is the “Lock” mechanic. Locks are physical and elemental weaknesses each enemy possesses. Exploiting a lock lowers the enemy’s defense stats. What’s interesting is that Locks are stackable, so if you plan accordingly and exploit each of an enemy’s various Locks, you’ll grind their defense down to nothing and, as a result, be able to deal a massive amount of punishment to your foes.

Overall, Sea of Stars’ combat seems both snappy and strategic – and that’s just from watching the devs face-off with standard grunts. I can’t wait to see just how these various systems are fleshed out further during the game’s inevitable boss encounters. 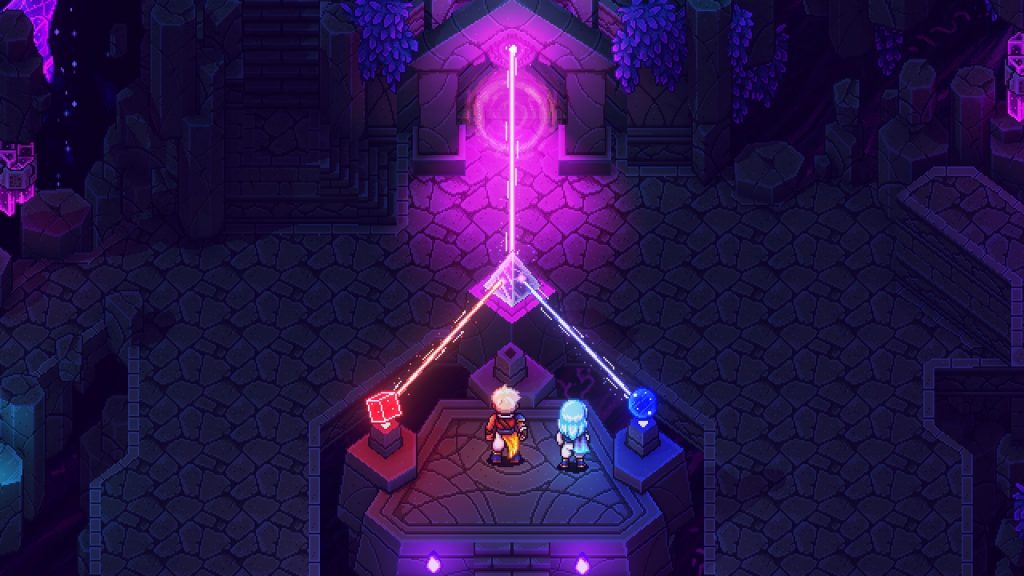 Towards the end of the demonstration, Boulanger also showcased the game’s camp system. Camps function as save points, where you can chat with your party for a refresher on where you need to go next. Or even craft new gear with the loot you collect throughout your journey. You can even use the campfire to cook up meals that grant your party temporary perks to help you along your way.

I left the preview event very impressed with what Sabotage Studio has done so far. No doubt about it, making the jump from a side-scrolling platformer like The Messenger (you can read my review of that title here) to a fully-fledged RPG like Sea of Stars seems like a tremendous undertaking. However, it’s one that the team has been waiting to tackle since founding the studio in 2016. When I asked Bolanger if switching gears from a more traditional action game to a story-focused RPG of this scope was a challenge for Sabotage Studio, he responded by saying, “Not really, as it was the goal ever since the studio was founded. We didn’t really shift from one [style of game] to the other, but have rather been constantly bonding for years over the games we plan to make, and how we would tackle them in production to bring our own twists and signature.”

One thing’s for sure: we can’t wait to see where those twists take us when Sea of Stars arrives on consoles and PC later this year.

Are you looking forward to getting your hands on this retro-inspired adventure? As always, we at Hey Poor Player love to hear what you think. Be sure to sound off in the comments and let us know. 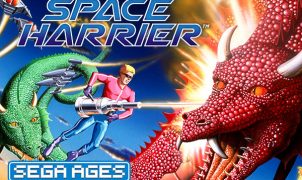