Batwoman Season 3: We Having Fun Yet? Review: An Epic and Explosive Conclusion to Season 3 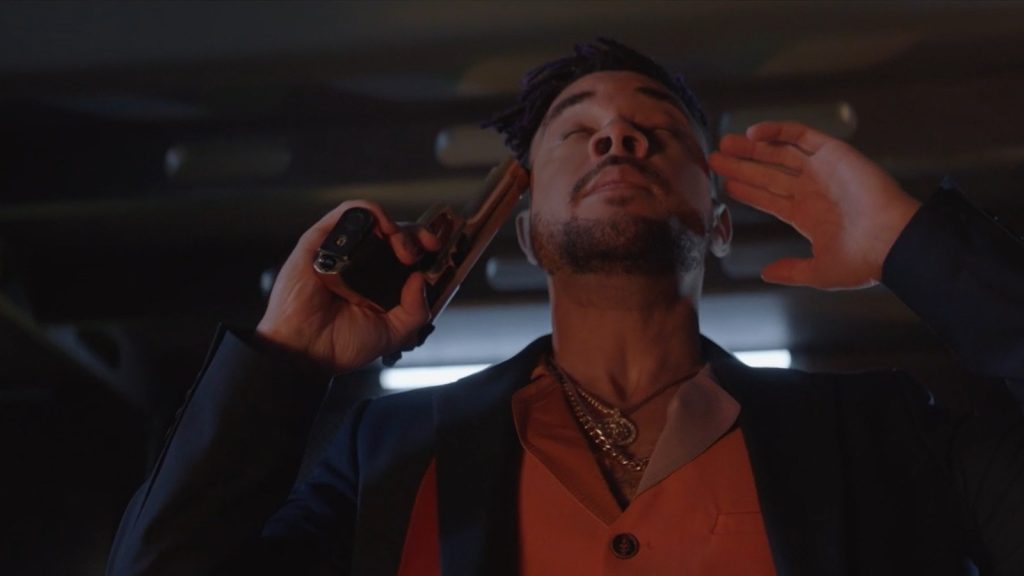 Well folks, the season finale for Batwoman S3, We Having Fun Yet?, is finally here. And it really delivered, earning my highest possible score. It brings together all the disparate threads from this season – Alice’s deterioration, Marquis’ mad quest to emulate Joker, Ryan’s longing for family, Sophie’s newfound love, Mary’s redemption and Luke’s quest to become the hero he knows he can be. It’s fast paced, dramatic and honestly gives me hope for where the series might go next. But first, we have to check on Ryan’s demented bro, Marquis.

It starts with him at a derelict carnival. As he walks towards the House of Mirrors, we’re bombarded with creepy and unsettling music. We see flashbacks to the day the Joker stole his sanity. Then Marquis starts moving heavy mechanisms in the mirrored room, and finds a hidden door right where the “funny man” said it would be. 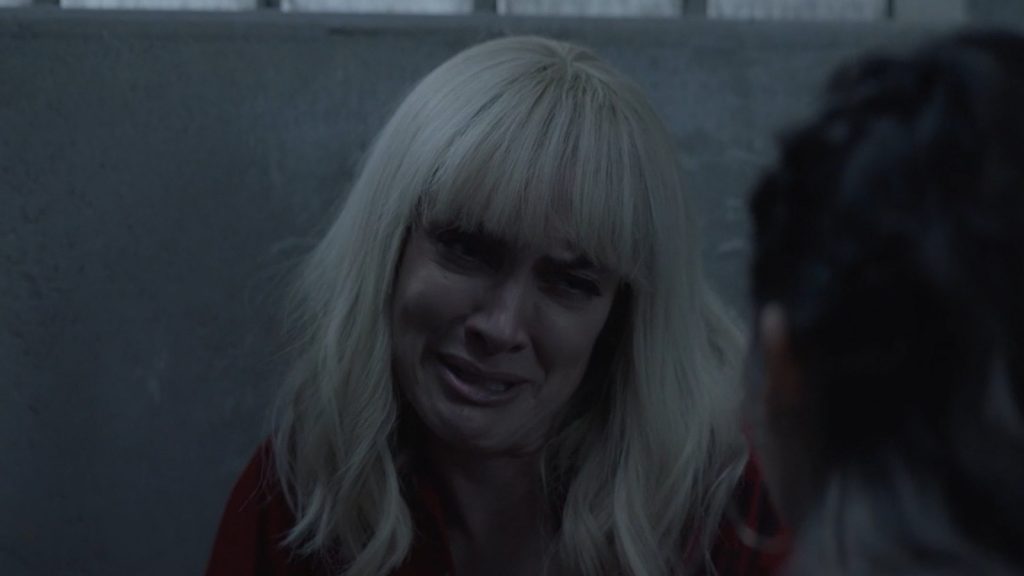 Meanwhile, Mary is walking like a boss through Arkham, only to find Alice trying to zap herself back to sanity with an improvised tool. Mary’s terrified, and wrenches the item from her grasp. Alice is losing it, and Mary tries to offer her salvation in a Swiss sanitarium she found. Sadly, the crazy woman doesn’t want more therapy with a cure in sight.

When Mary talks about the situation with the Bat Team, they argue about who deserves the buzzer’s cure, Alice or Marquis. Mary is the only one fighting for Alice, and her friends are surprised, reminding her of all the horrible things Alice has done. Mary counters, saying weeks ago she was promised her voice would matter, and she’s using it for Alice. She truly thinks she is capable of change, with just a little help. But then the argument is cut short by an emergency broadcast from the Wayne CEO, Marquis Jet. He promises to announce the identity of Batwoman in 5 hours, encouraging Gothamites to come out and hear the big reveal.

Jada actually proves helpful this episode, and offers some of the resources of Jeturian to aid the team in finding and stopping Marquis. She brings in some quantum computer for Luke that he comments “makes the Bat Cave look like dial up”. With it, they find the location of the madman, but something’s off. He’s moving incredibly slowly. They figure out he’s airborne, and Luke reasons he must have found and launched the Bat Blimp. 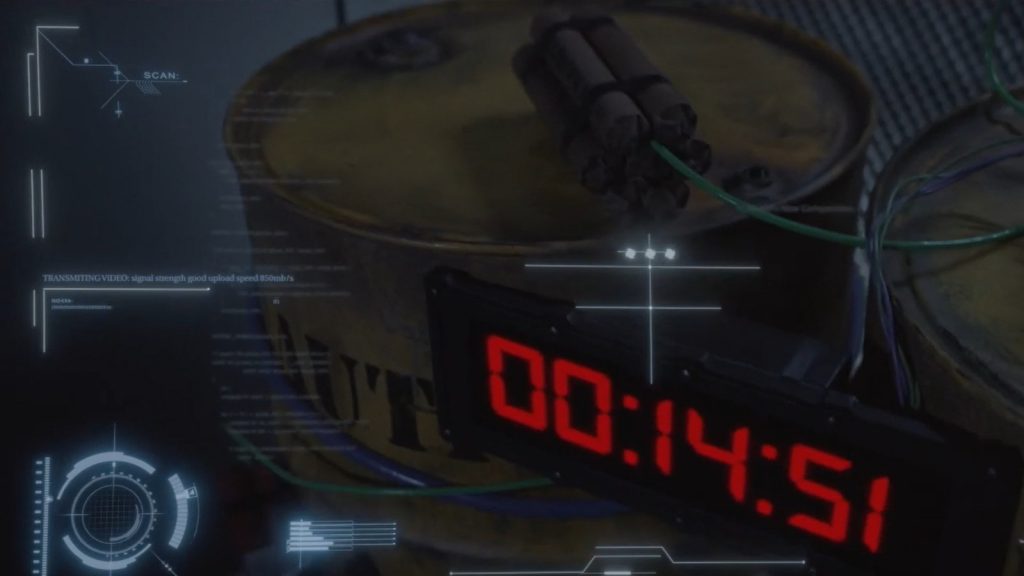 Ryan goes to visit Alice in Arkham, and they talk about the buzzer. Alice is desperate to get it, and Ryan is ready to leave her to suffer. Then Alice says she has the only information that will help Ryan survive the day. She has been doing some amateur sleuthing in confinement, talking to Arkham lifers about the Joker’s last big plan. Turns out, what Marquis found in the carnival is a bunch of acid bombs. Which he now plans on dumping on the citizens of Gotham using the Bat Blimp. With the lure of Batwoman’s identity, he’ll draw the citizens out, kill as many as possible, leaving survivors horribly disfigured, and furious that Batwoman allowed it to happen on her watch.

The Bat Team actually has a solid plan. They’re going to have Luke hack the blimp, land it on GCPD rooftop, and then use some of the trophies from the Bat Cave to move the citizens somewhere safe. Just one problem – Marquis still owns Wayne Enterprises, and is unlikely to let anybody inside the tower. So Ryan asks Jada for a Hail Mary. She apologizes for apparently giving the buzzer to Alice, and says she needs her to take the company away from Marquis. Jada says it’s not that easy, Marquis has been careful, but there might be a way. She’ll reveal the truth of his condition to the world, and have him removed from the company. Which she promptly does, much to Marquis’ annoyance.

With the plan in motion, Mary has Luke explain via coms how to hack the broadcast. Meanwhile Sophie uses a glove with Ryan’s DNA to access the trophy case (something Marquis thankfully couldn’t do) and finds just the right one. The Penguin’s hypnotic umbrella will work wonders in controlling the people of Gotham, for their own safety. So Mary hacks the Wayne satellites, and they use the umbrella to good effect. There’s just one problem. After Luke hacks the blimp and starts moving it, Marquis notices something wrong. Once the pilot reveals he lost control, Marquis shoots him to death, and then blasts the control panel, locking Luke out.

No One Dies Today 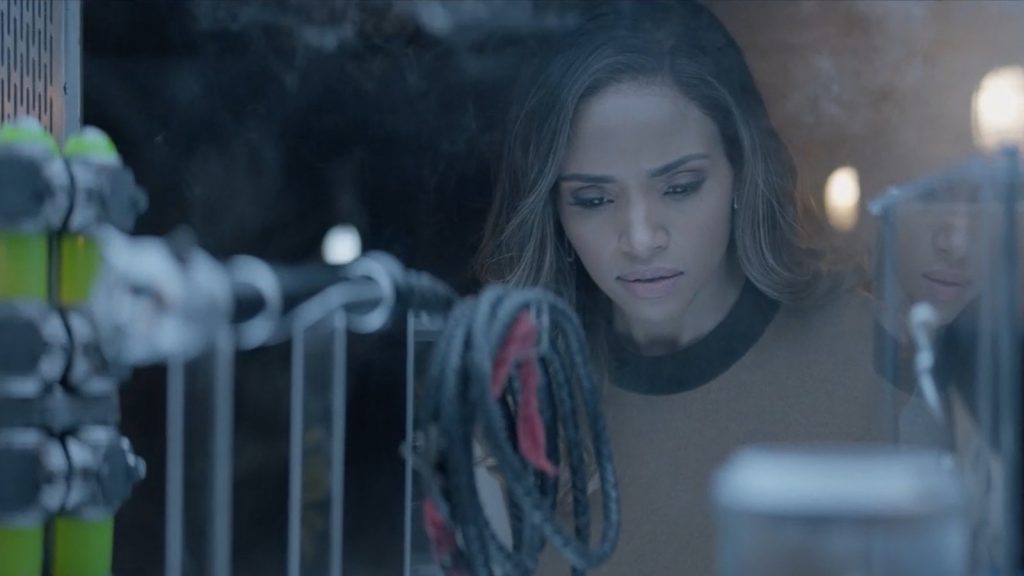 The only solution is to go old school, so Ryan grapples up to the Bat Blimp. She finds the acid bombs, but they’re full of tripwires that could prematurely detonate them. With only a few minutes on the clock, Ryan is struggling to find a way to land the blimp. Sophie reveals she loves her on coms, right before little brother shows up. There’s a brutal fight, using both words and fists, and just as Ryan seems victorious, Marquis pulls a low blow. He pretends to be in his right mind, and when Ryan hesitates, he knocks her through the glass window, freefalling to her death.

Ryan pulls off an epic aerial maneuver, and grappling hooks Marquis to her as she’s falling, and then she triggers his parachute, allowing them to safely land on a roof. Batwing flies to the blimp, and realizes he can’t fix the panel. The only way to reroute it is to use his father’s AI. He does so, realizing he’ll have to leave it, and thus lose his father again. But it’s the only option, and he’s at peace.

Give Me My Brother Back! 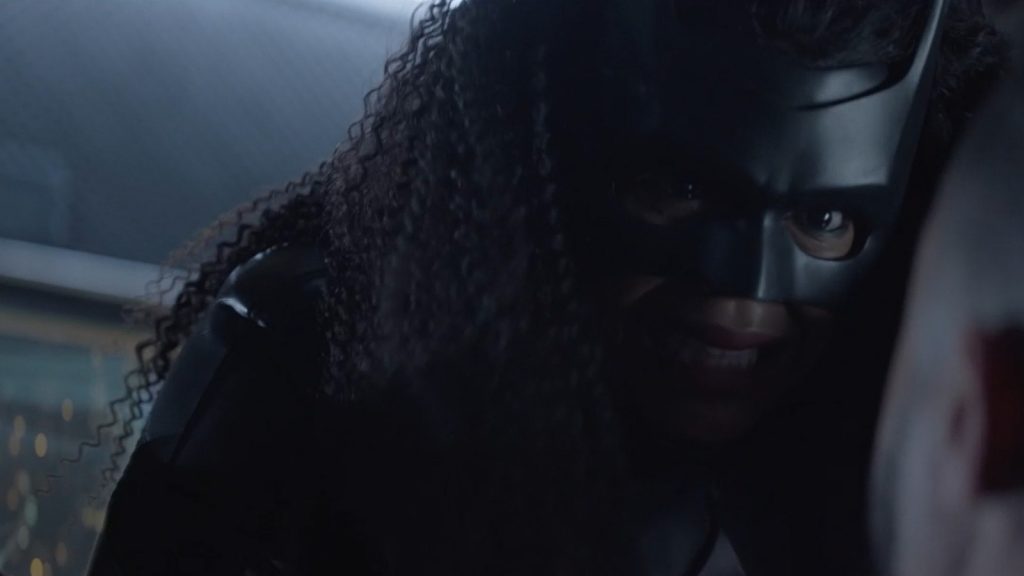 Finally, Ryan and Marquis start fighting again, and he knocks them over. Ryan grabs the roof with one hand and him with the other, and it seems likely they’re both goners. Then Alice appears and we get a flashback. Ryan told Alice she had faith that she can move past her madness, but Marquis cannot. It’s also revealed that earlier, when there was talk about Ryan giving the buzzer to Alice, it was really a fake out. The real plan was to get Marquis when he least expected it. So as he runs towards his sister, she palms the hidden buzzer, and zaps him upside the head.

Jada thanks Ryan for keeping her word, and Marquis wakes up. He seems sane again, meaning there’s hope for their family. Then Mary finds a message from Alice about her going to find herself. We see her sporting brunette hair and leaving the subway. Ryan and Sophie are smooching when Luke and Mary finally arrive. The Bat Team seems to have found renewed purpose and determination in protecting the city together. It’s all going great until the very end. There’s a news report from where they dropped the acid bombs, which appears to be the carnival they were found in. As the reporter is praising the heroics of Batwoman, something inhuman appears and kills her and her cameraman. It’s unclear what it was, but I’m sure it’ll be important next season.

Now I have one last thing to say. This is my last Batwoman writeup. I’ve really enjoyed covering it the last couple years, and feel Javicia Leslie has really grown into the role. Hell, I’d say she’s even better than Ruby Rose was. So I’m not stopping because I don’t like the show. I’m stopping because my coverage of this one show has been more demanding than anything else I do for HPP. So I just can’t juggle it along with everything else. But if you’ve read my coverage, I really appreciate it. And I encourage you to keep watching Batwoman in the seasons to come. I know I will!