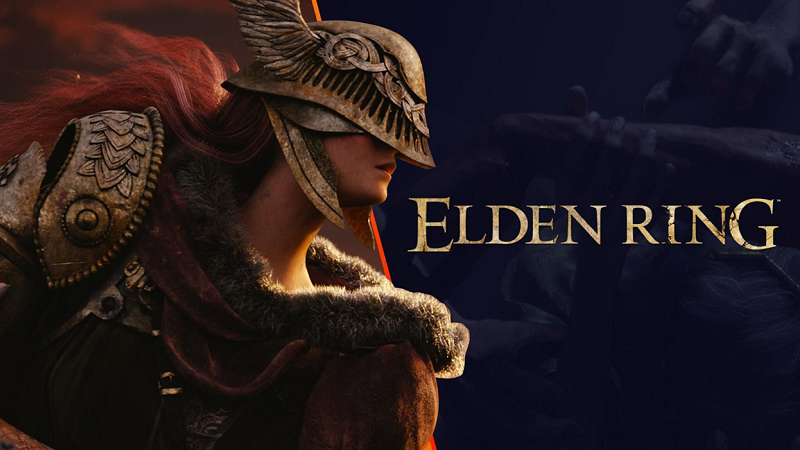 It’s hard not to admire the view as you take your first steps in the Lands Between, Elden Ring’s massive, sprawling open world. A huge, imposing, golden tree dominates the skybox, peppered with the ruins of an ancient civilization, covered in moss and long forgotten. With this vast unending expanse of land unfurling before you, you realize the mad lads at FromSoftware have finally done it; an open-world Souls game.

And what does that mean? In an era of waypoints, Ubisoft towers, collectibles, and endless XP notifications, Elden Ring offers a definitive open-world experience, rewarding exploration, experimentation, and endurance. It represents the culmination of over a decades’ worth of work in one coherent package.

An Open-world in the truest sense 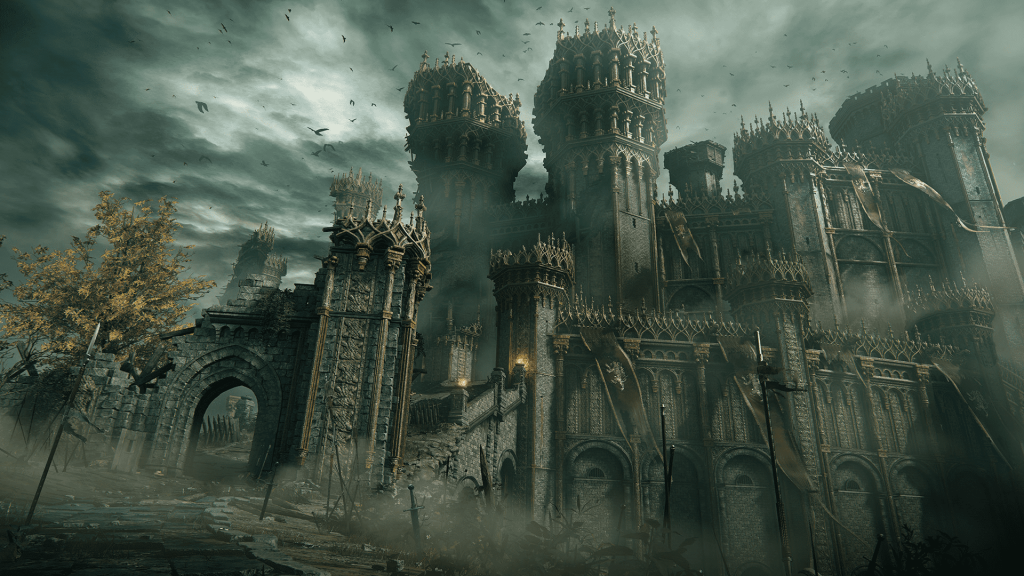 Like every game, Elden Ring has a critical path. You’re gently nudged to pursue it by following a faint golden trail. But Elden Ring doesn’t want you to follow its critical path blindly – instead, it wants you to explore and uncover its secrets. For instance, Limgrave, the first open-world part of the game, is packed full of caves, dungeons, mini-bosses, bosses, gear, chance encounters with NPCs, as well as some surprises you won’t anticipate.

It’s clear game director Hidetaka Miyazaki and his team have been taking notes from The Legend of Zelda: Breath of The Wild when it comes to open-world design. For instance, Tree Sentinel isn’t supposed to be defeated when you first start the game (unless you’re one of those unbelievably skilled speedrunners). Instead, by visiting a few dungeons, collecting runes (the games leveling up currency), and getting more combat experience, you’ll have everything you need to beat the oversized knight several hours into your playthrough. It’s similar to Hinox from The Legend of Zelda: Breath of The Wild; they serve as gatekeepers to tougher content.

One of the things I like most about The Legend of Zelda: Breath of The Wild is that you can literally go anywhere at any time. From the minute you leave the Great Plateau, you can go straight to Calamity Ganon and complete the game. While Elden Ring does bottleneck advancing through its open-world with legacy dungeons – meaty Souls-styled levels that contain mandatory bosses and the usual hidden enemies, shortcuts, and items – you are free to go whether you want, whenever you please; and this is a wonderful feeling.

It’s wonderful because I spent a good chunk of my 40-hours or so with the game simply galloping around on Torrent, my spectral steed, trying to unearth all the secrets FromSoftware has packed into the game. Instead of being pop-up messaged, waypointed, or cajoled into going to a certain place to progress, I felt free to explore and discover the world, and it felt all the more gratifying for it when I found something cool. 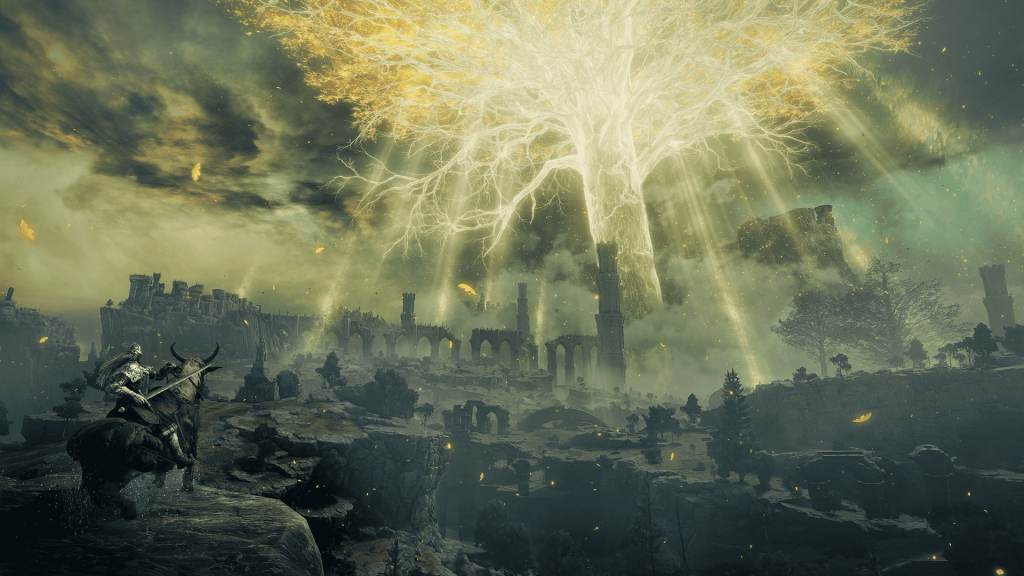 Much has been made of the collaboration between Game of Thrones writer George R.R. Martin and Hidetaka Miyazaki. The bottom line is this: George R.R. Martin created rich lore and story for Elden Ring, and FromSoftware has done what they usually do with games they produce; twisted his contribution beyond recognition.

Take the game’s visuals: while Souls games have always been amongst my favorite in terms of art design, the Japanese studio has outdone itself this time. Gone are the Lovecraftian creatures from Bloodborne, as well as the architecture from feudal Japan in Sekiro: Shadows Die Twice, and instead, they’ve been replaced by a high fantasy setting that’s been warped by a grotesque nightmare. Enemies are hideously disfigured, with body parts grafted into places where they shouldn’t. Some are even chimeras of animals, dogs with oversized t-rex heads and arms, and then there’s the bizarre-looking siege machinery; that’ll haunt your nightmares.

But it’s the Lands Between that steals the show; a huge unending expanse of land that’s steeped in decay. Yet, somehow, FromSoftware has made this dreadful, awful place seem so beautiful, teeming with a rich history and culture, occupied by denizens desperate to reclaim their humanity. And then, of course, there’s the Erdtree: the gigantic golden tree that dominates the skybox and is always visible no matter where you are.

I’m not at liberty to say too much about the plot. But what I will say, is that George R.R. Martin’s influence can be felt throughout, especially when considering the weight of the some of characters in the game. You’ll discover much of his original writing, as well as background about the world of Elden Ring, on almost every item in the game. 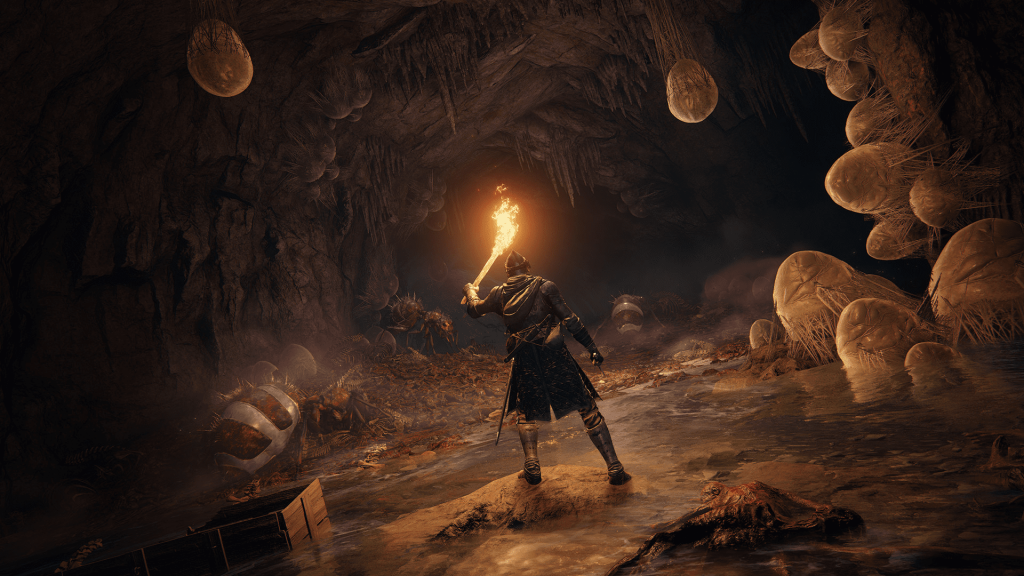 Experimentation is at the heart of Elden Ring’s build-crafting philosophy. I’ve played almost all the Souls games in the last decade and never really deviated from playing a strength/dexterity-based character. This is because, as celebrated as the Souls games are, they’re pretty inflexible in terms of building your character once you’ve committed to a certain path.

With Elden Ring, FromSoftware is out to remedy this shortcoming in the form of Ashes of War. These 100-ish items allow you to imbue weapons with a specific skill you’d normally find on specific weapons, opening up tremendous build opportunities. Imagine Twin Swords with a fire spin, or being able to summon thunderbolts with caestus at unsuspecting foes. And get this: if you don’t like the way the Ash of War plays, head to a checkpoint and take it out of your gear without any sort of penalty.

Next up is Spirit Summons, which caused a bit of stir during the Closed Network Test. I thought they’d cheapen the overall combat experience and make bosses a bit of a joke, due to them taking aggro and doing damage.

And for the most part, yes, they do make tackling bosses that little bit easier. I used a particular summon, Ancestral Warrior, on a boss early on in the game, it made killing her so much easier than without it. The summon took a lot of aggro and made it possible for me to run up behind the boss and whale on her with my claw hands.

It really cheapened the whole experience for me. But here’s the thing: you don’t need to use them. Really, at the heart of everything that Elden Ring has brought to the table, in terms of player experience, really boils down to giving players more options and choice. And in a franchise that’s been accused of being inaccessible, this is a good thing.

A quick word on magic: I’ve never really been a magic user, but with the variety of spells on offer, as well as their potency, I’d probably consider doing a sorcery playthrough when I play the game again.

As Always, Bosses Are The Best Thing 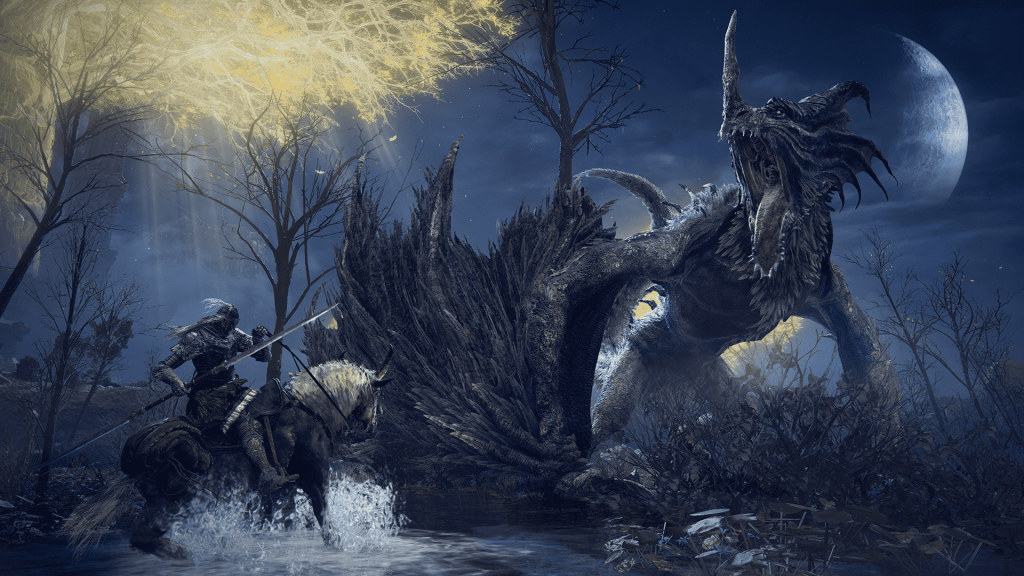 Enduring and triumphing over punishing boss encounters is the best bit about FromSoftware’s games. And if you like bosses, you’re in for a treat because Elden Ring has loads of them. Because of the size of the game, Miyazaki and his team have had to deploy bosses in a different way to ensure the best represent a challenge to veteran players, but also bring in smaller bosses to deliver a steady stream of challenges.

The result is the field boss, greater foe, and demigod system; designations for bosses that correspond to how hard they’re going to wreck you. Field bosses can usually be found wandering the open world, you simply walk up to them and kick things off. Greater foes are usually found at the end of a small cave or dungeon, usually guarding an item or skill. And finally, demigods and lords usually mean instant death, usually reserved for the legacy dungeons, or tough optional areas.

I’ve fought a reasonable chunk of the bosses Elden Ring has to offer, and while I can’t say much about specifics, I’ve really enjoyed the boss variety the game has to offer; especially the demigod bosses. They each require different tactics and strategies, and I’ve seen myself switching from close-range melee weapons to greatswords to vanquish foes. One nice touch is that once you dispatch a greater foe, there’s a good chance you’ll see that enemy show up, again, in the open world.

Something worth mentioning is that It’s true that FromSoftware has borrowed a lot from its earlier works (i.e., the giant crabs and the dragon boss), and if I’m honest, the further on I went into the game, the more noticeable it became. It’s the same with buildings, especially churches. To save time, it’s clear the team at FromSoftware reused assets to build out Elden Ring’s open world.

I think the worst thing about it is how noticeable it is. In GTA V, for instance, because of how much you drive around, and how quickly you travel, all the duplicated assets just blur into one. With Elden Ring, you spend a chunk of time in the open world on foot, slowly taking in your surroundings. It isn’t by any means a deal-breaker, but yes, it can be quite jarring.

If FromSoftware was The Fellowship of The Ring, then Elden Ring is Mt Doom; the terminus of an epic journey spanning over a decade. It consolidates all the acclaimed Japanese studio’s ideas into one cohesive and brilliant package. Its art design, lore, and world design are arguably the studio’s most inspired work to date. And considering these are the folks that created Dark Souls, Bloodborne, and Sekiro: Shadows Die Twice, this is high praise indeed. Elden Ring’s open-world design is almost puritan in its purpose, reflecting the single-mindedness behind all the previous Souls games.

Naysayers will point to reused assets, a lowering of the difficulty in Spirit Summons, but these people miss the point. Elden Ring is the definitive Souls experience, introducing a class-leading open-world design and mechanics that will draw more people to the franchise. And that’s nothing but a good thing.

The question, though, is where do Miyazaki and FromSoftware go next?

I’m dying to find out.