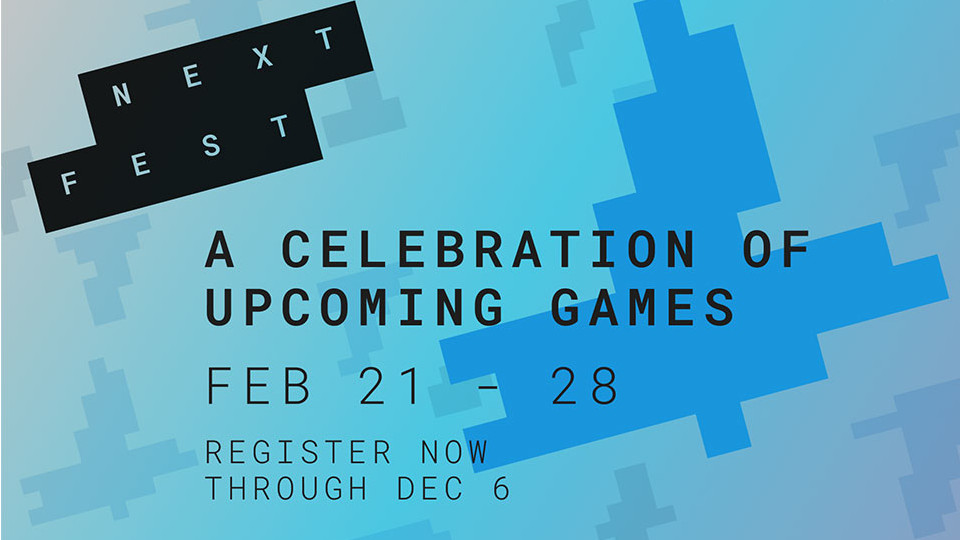 Well folks, another Steam Next Fest is underway, and you know what that means – time for another one of my lists! I always enjoy scouring the site for any promising looking demos, and sharing them with you all. And though I try and limit myself, the absolute smallest number I seem capable of covering is a dozen. So below are the games I recommend you check out during the 2022 Steam Next Fest, listed conveniently in alphabetical order. 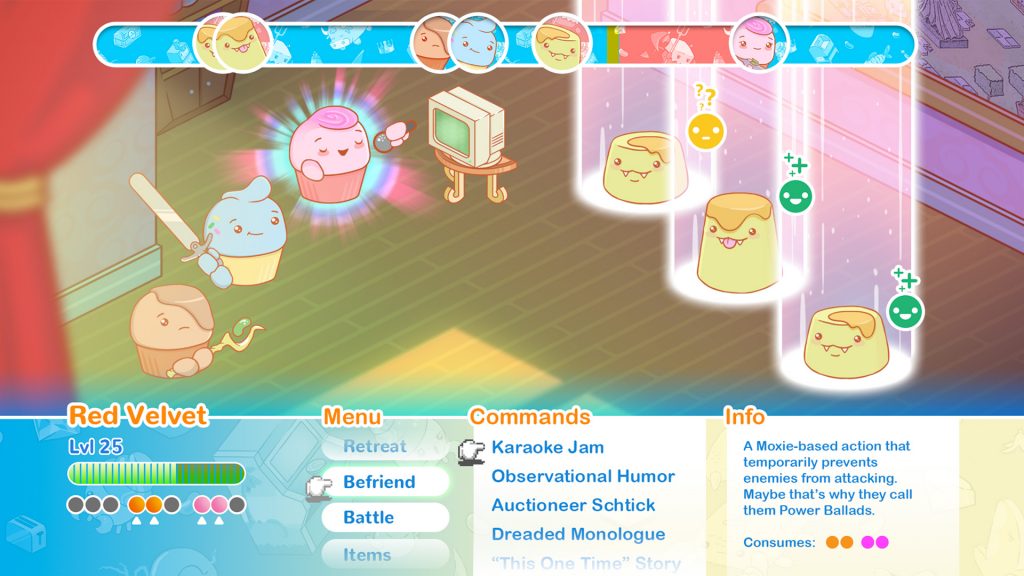 The last time I mentioned BattleCakes was during the Wholesome Direct, back in 2021. And while I honestly thought it might have released before today, I’m happy to share it’s now playable during the Steam Next Fest! Developed and published by Volcano Bean, it’s a charming little turn-based RPG where you play as, well, cupcakes. It’s dripping with style and color, and I strongly suspect it’s worth your time. But don’t just take my word for it. Give it a try while you can! 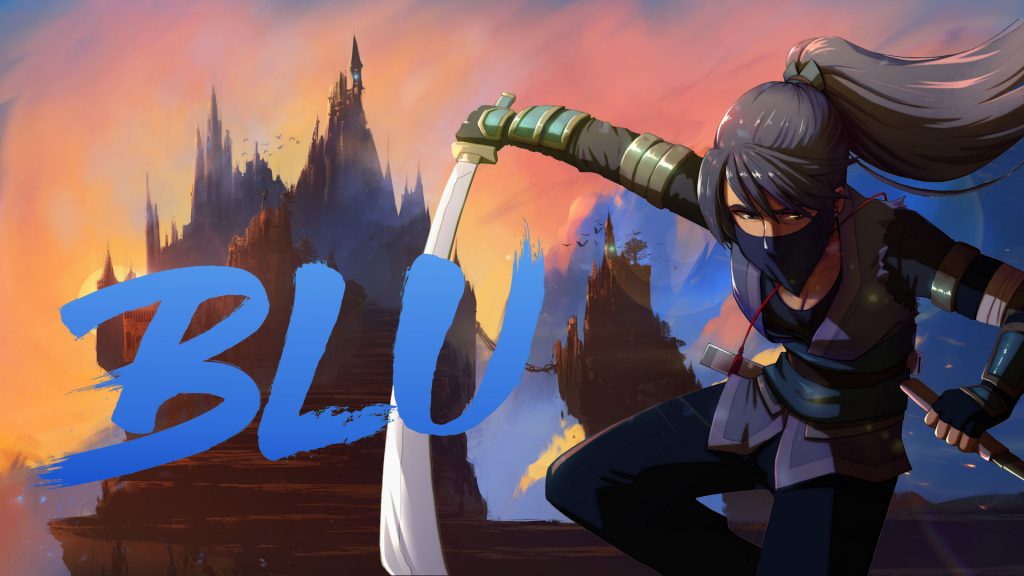 I think it’s well established by now that I’m a sucker for Metroidvanias. So when you throw in some asian-flavored style and action-packed gameplay, you have my attention. And hopefully now Blu: Chronicles of Talpa has yours. It’s inspired by the likes of Dead Cells. You play Blu, a young Guardian fighting against supernatural Corruption. Much like Okami, you’ll strive to return balance to the world as you proceed. If you’re at all a fan of the genre, I’d check this one out.

Crimson Tactics: The Rise of the White Banner 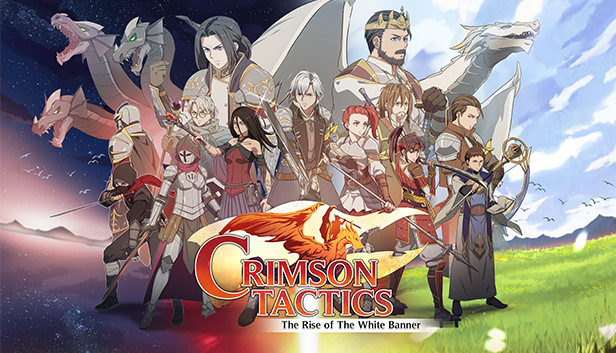 Another genre I can’t seem to get enough of are tactical RPGs. Crimson Tactics: The Rise of The White Banner shares that it’s inspired by games like Final Fantasy Tactics and Tactics Ogre, and it shows. But this title by Black March Studios looks to set itself apart. It features a medieval tale about betrayal and fanatic empires on the march. You can play with over 25 classes, unique mix and match-able weapons and all sorts of fun grid-based maps. Hell, you can even mount and ride dragons. So if that’s your sort of jam, this one is for you!

Knight VS Giant: The Broken Excalibur 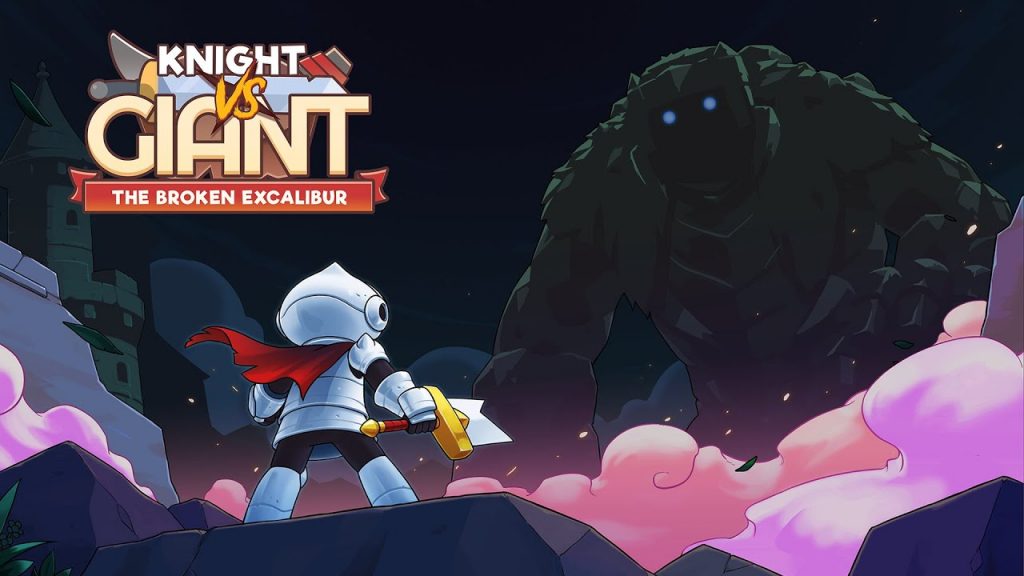 Knight VS Giant is a tale of a Camelot that was devastated by giants. You play a unnamed knight revived by Merlin, and tasked with not only fending the beasts off, but also restoring the kingdom as well. It’s also a rogue-like, meaning there’s a lot of variety in how you play the game. And though it goes without saying, the whole ‘giant’ infestation means EVERY boss is a massive threat to your safety. Armed only with a once mighty, now broken sword, can you still save the day?

Lord Ambermaze is another fascinating game from the folks who brought us Potata: Fairy Flower. While that one was a puzzle platformer, Lord Ambermaze is a game where everything only moves when you do. Much like the challenging Evertried. You’ll need to keep your wits sharp and play carefully to beat the eternal tyrant, Lord Ambermaze. Otherwise he’ll keep the world in perpetual stasis, other than our young hero Zeyn. It also features really beautiful pixel art, for those that love retro.

the machine that BREATHES 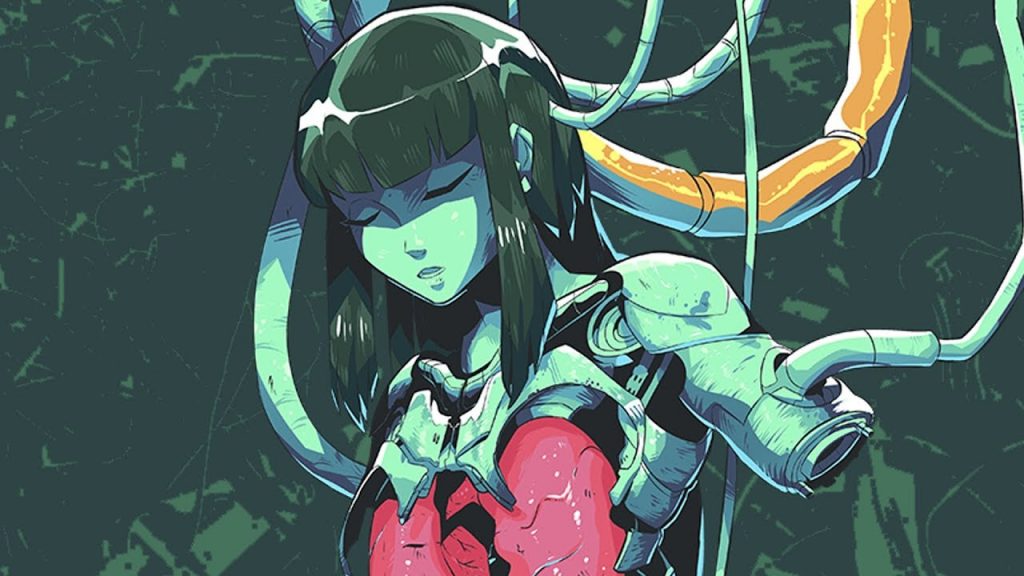 While I’ll readily admit odd punctuation and capitalization drive me crazy in game titles, the machine that BREATHES nevertheless looks absolutely stunning. Better yet, it’s a really new take on the horror genre. You wake up in a cyborg body, and have to find your way safely through a post apocalyptic world. Scavenge, hide and fight powerful enemies to survive. If you like series like Resident Evil but prefer your graphics pixelated, this one is definitely worth a look. 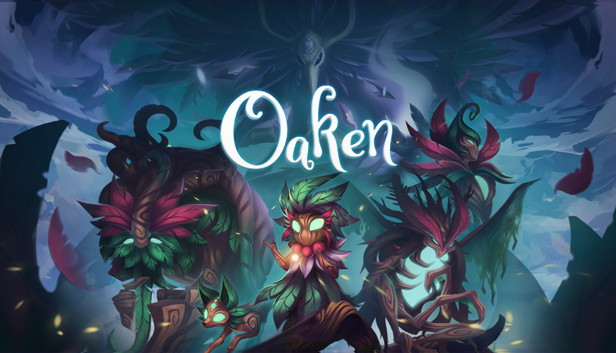 Ready for another tactical, turn based game? Oaken fits the bill, though it’s also pretty different from the other ones on this list. For one thing, the grid is hexagonal. For another, it features card based mechanics, and positioning is very key. Oh and just for good measure, it’s also a rogue-lite. So if you don’t mind a challenge, head to the Great Oak, gather some allies, and help save the day. 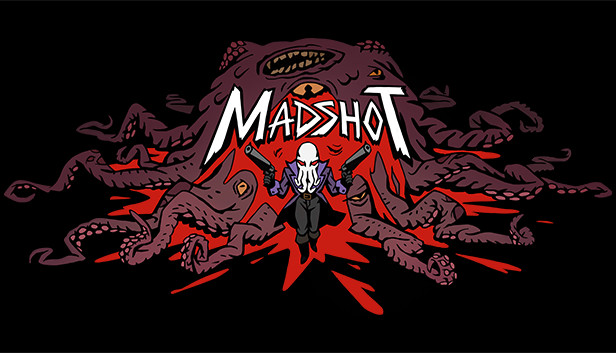 One of life’s simple truths is that Cthulhu makes everything better. Or maybe that’s just something crazy I say. Regardless, Madshot looks like a completely fascinating game. It takes Eldritch horror and mixes it with procedural, action-packed run and gun mayhem. You accidentally brought the big tentacled monstrosity to your plane of existence, and now for atonement you have to deal with him. And yes, you apparently play an albino squid-faced hero. If you’re not intrigued, then keep on reading. 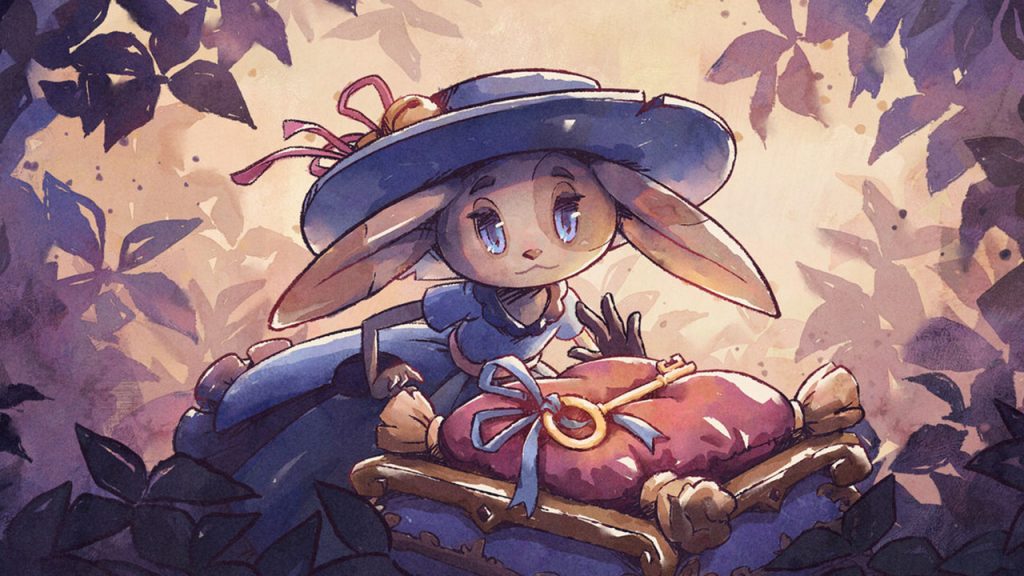 It’s only fair that after Eldritch horror we have something wholesome and charming. Puzzles For Clef has you explore a flying island in the sky. It’s also a puzzle platformer with gorgeous artwork. Developed by Weasel Token, the game has you play an adorable bunny protagonist searching for your missing sister. Make your way across 9 expansive biomes and solve tricky, but not irritating, puzzles. The only downside for this game is it’s slated to come out in 2023 instead of 2022. But that shouldn’t stop you from demoing it this week. 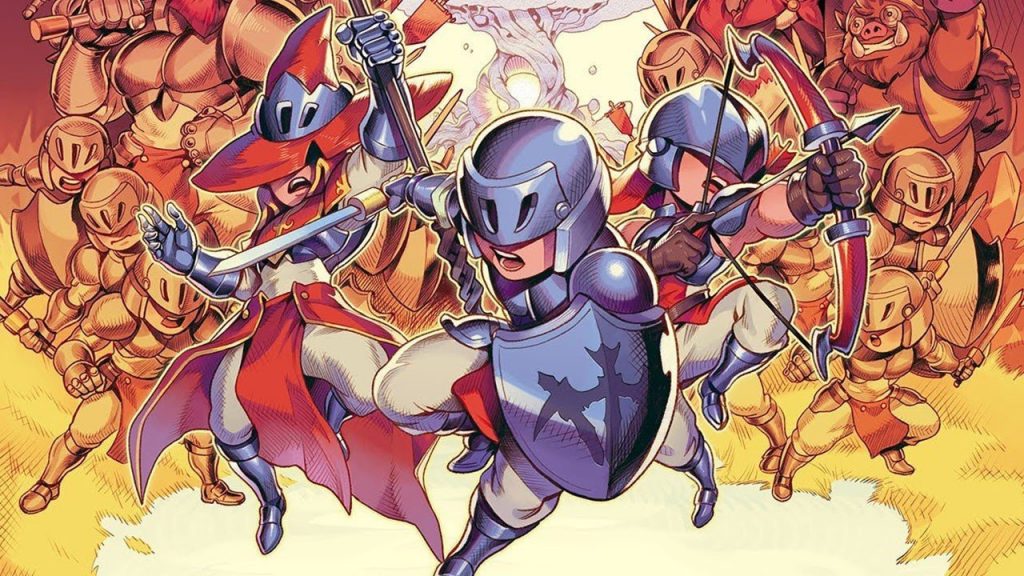 This next title is one of the few here that was already on my radar. So I’m extra excited for the chance to demo it now. It’s called Souldiers, and it’s a vibrant Metroidvania with multiple playable characters. You were whisked to Terragaya, a land on the fringes of the afterlife. You now have to hunt for mystical Guardians to move on. Combined with challenging gameplay and precise platforming, and you have a game that should make Metroidvania fans quite happy. 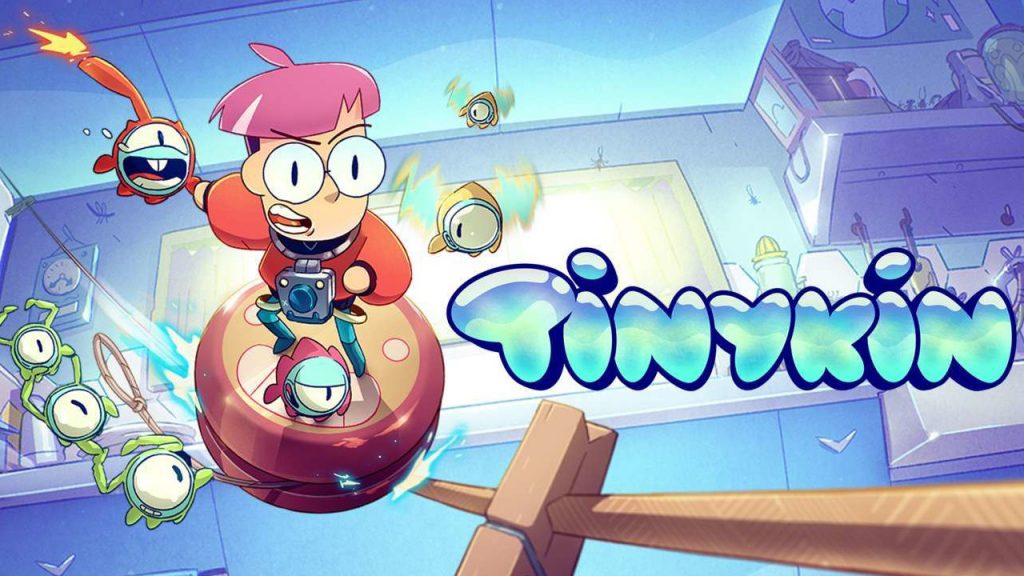 Tinykin is another game I’ve been following, and it reminds me a lot of Pikmin. Published by tinyBuild, it’s a game where you’re shrunk down and have to explore a vast world. At your disposal are scientific doodads and the titular creatures, the Tinykin themselves. Not for nothing, but the game looks like a live action cartoon, and has a ton of personality. If you want to explore and get lost in a strange adventure, check Tinykin out. 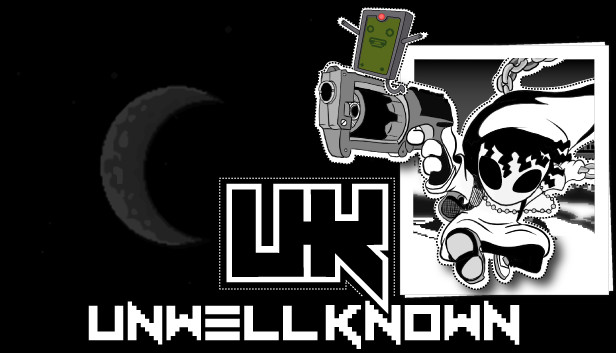 Let’s close things out with something strange and wonderful. It’s a fast paced platformer with a dark 8-bit style. Your only guide through it is a talking mobile phone. Your main way of getting around is a grappling hook. Sure, it’s a weird premise, but Unwell Known’s visuals have my attention. If you like what you’ve heard, the game is slated to release sometime in Q2 2022.

There you have it. My top picks for the 2022 Steam Next Fest. Be sure and check them out if you can, or just play something during the weeklong event. And stay tuned to HPP for more crazy lists! 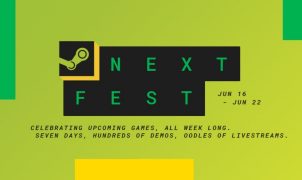 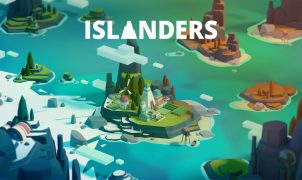