Far: Changing Tides Review: Just You And The Sea 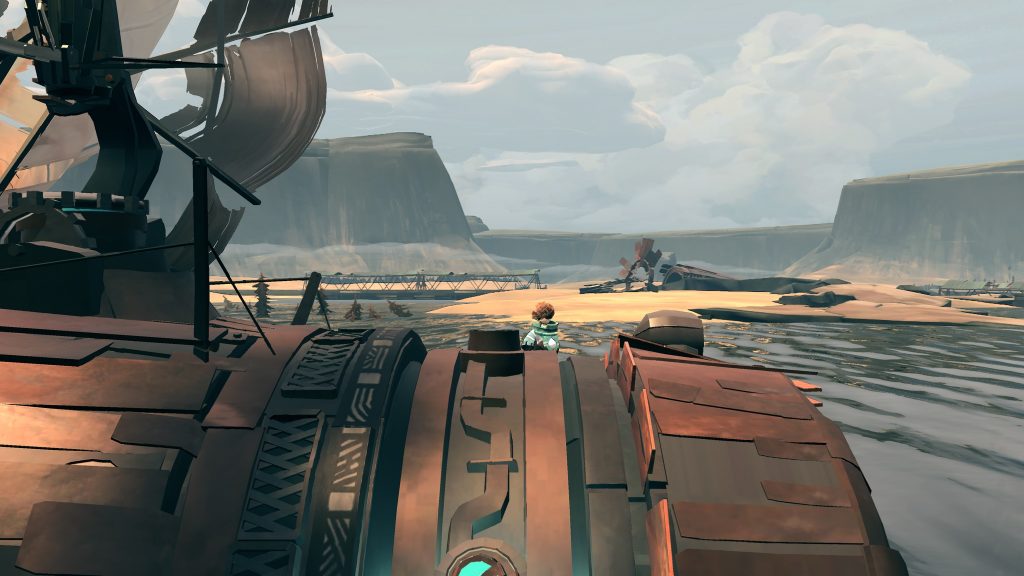 You wake up alone in an abandoned, flooded city. Picking your way through what remains, there’s a sense of isolation, like you’ve somehow survived the end of the world. After a bit you stumble on a ship, capable of getting you out of this place, to see what’s beyond the horizon.

This may not sound too different to those who played Far: Lone Sails a few years ago but Far: Changing Tides makes smart decisions that allow it to feel very much like its own game. Over the course of four or five hours you’ll take on a dialogue-free, yet still memorable journey as you just try to keep moving forward. 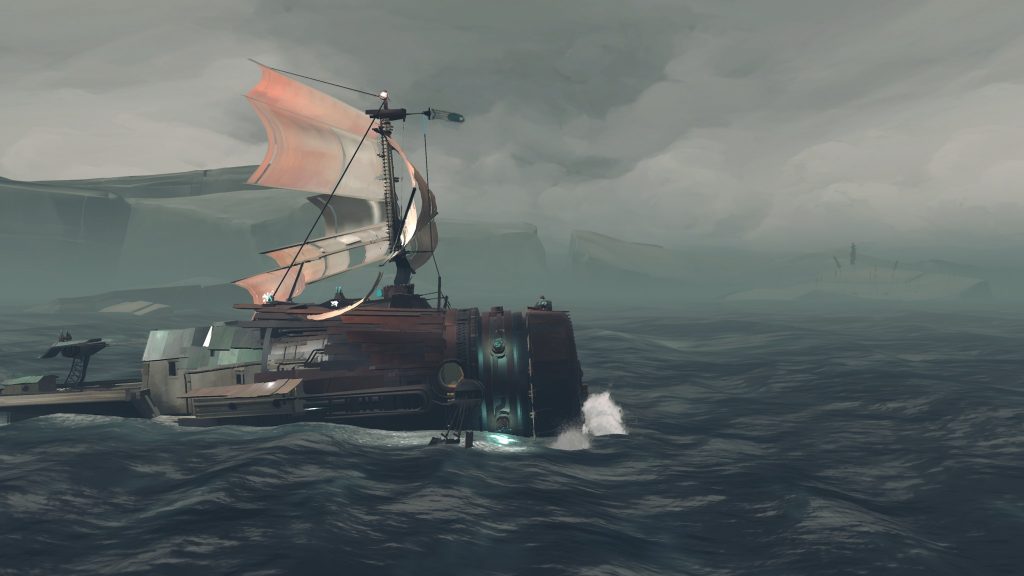 Although it starts with a few button prompts to teach you the very basic controls, Far: Changing Tides does little to introduce you to anything that comes after. As you explore this abandoned world, you’ll need to figure out how you can use your few abilities to keep moving. That’s really the point, there are no enemies or anything of that nature. It’s all about figuring out how to keep moving forward.

Soon enough you’ll be doing that in a ship, which like in Lone Sails has a sail on it. Other than that, though, this is a different beast altogether. While the first game in the series had you sailing across a desert, this time you’re in the ocean, a place even more commonly associated with sailing. This ship has more than a few tricks up its sleeve.

Learning to control your ship is left to you. It’s filled with buttons and wires you can push, pull, and adjust, and you’ll have to figure out how they go together to do a wide variety of things. This is a game all about atmosphere and mechanics, which do a great job of growing more complex over time. At first you just need to lift your sail, get it positioned to catch the wind, and start moving to the right. Soon though, you’ll encounter areas where there is no wind, or where a giant metal pole blocks your way. So how do you keep going? 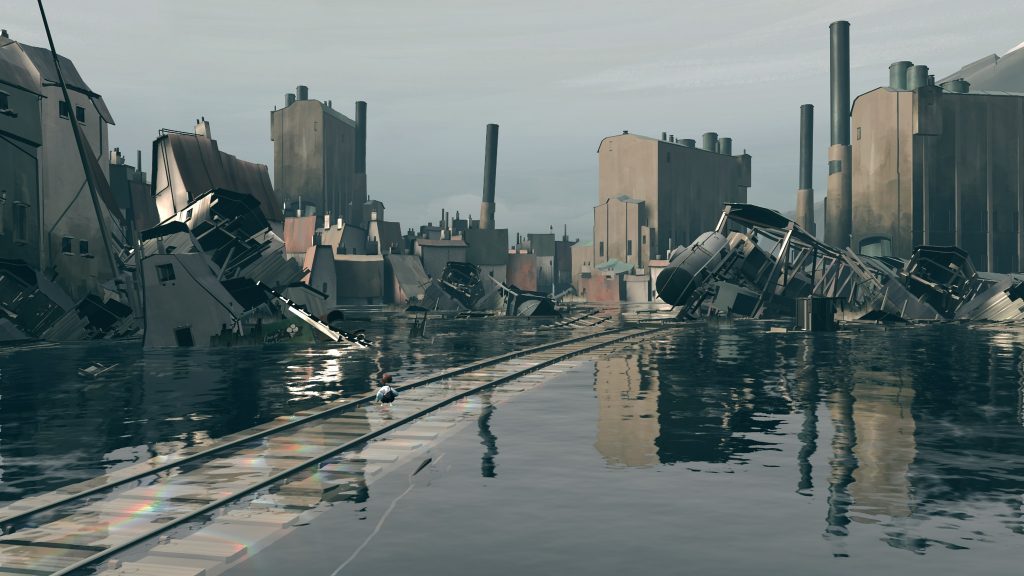 It turns out, that will vary a great deal throughout Changing Tides. In the early going you’ll learn to get the ship’s engine going so mechanical oars can move you through still waters. This requires fuel however, so soon you’re on the hunt for items you can throw into the ship’s furnace. Gathering items is mostly well done, but you do have to plan for it and make sure to watch for items you can throw aboard. Otherwise, you’ll find yourself stranded at the wrong moment, forced to go swimming deep underwater in search of anything that might burn.

Getting out of the ship, you’ll find a variety of platforms and areas where you must manipulate the environment in order to clear a path. These puzzles are really the heart of the game, and each puzzle section does an excellent job of forcing you to really think through the game’s mechanics. Once you understand them, you’ll be able to figure out each section without significant difficulty. Still, they really challenge you to consider how these mechanics can go together—often thinking about how your ship works can help you clear them because many of them use similar skills.

Alone With The Waves 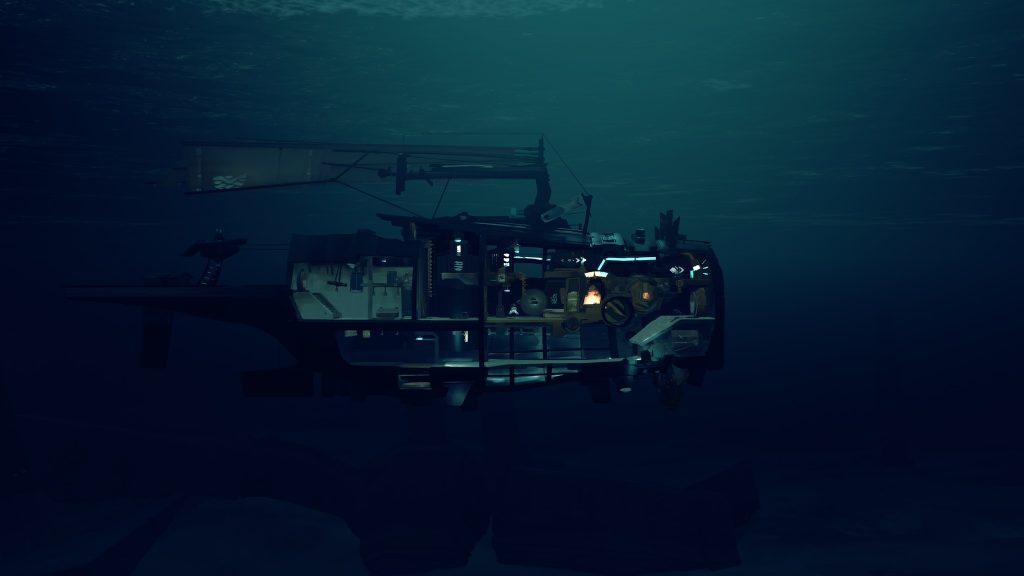 Atmosphere positively drips from this flooded world, and my ship soon became a faithful companion. A fantastic soundtrack helps to set the mood and the team at Okomotive have a wonderful sense of pacing. New abilities, such as the option to turn your ship into a submarine and dive underwater, are dished out at a steady pace to keep things fresh. You of course then have a new set of controls to learn for your ship, both brand new additions and others that come with what you were already using in all-new ways. There are stretches where you almost feel like the water will go on forever, like you’ve been sailing for long enough that there must be something you missed, which is of course the point. It drives home the game’s sense of isolation and makes it even more thrilling when something new does appear before you.

What sequences they are too. There are some genuinely bravura moments as you expand your ship’s abilities and figure out ways to move forward that once would have seemed impossible. I don’t want to spoil anything, because seeing these moments are a bit part of what’s so special about the journey through Changing Tides, but there were several that took my breath away and caught me completely off guard. During one sequence late in the game I caught myself holding my breath and had to remind myself to breathe I was so moved. That the game can tell a story that makes me feel that way without saying a word is a testament to the developer’s skill. 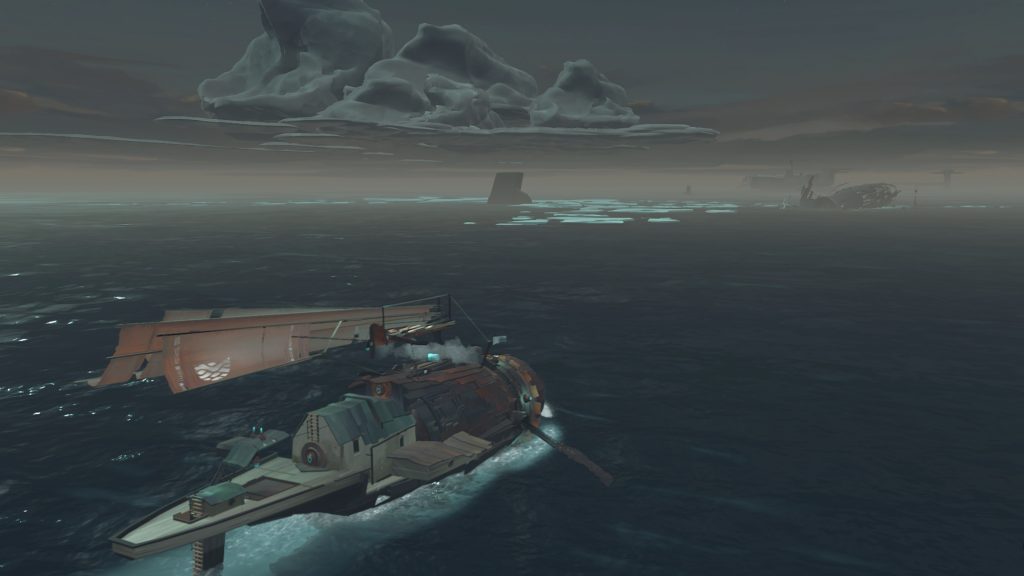 Do I have issues with Far: Changing Tides? Little ones perhaps. A few minor bugs caught me up. One time I got caught behind a ladder I clearly wasn’t supposed to be behind and lost a couple minutes of progress, while another time a puzzle sequence didn’t seem to work in the way that made sense, leaving me confused at what I was doing wrong. A quick load of my last save cleared it up, with one of the mechanics simply not working correctly the first time. Minor bugs that lost me only tiny chunks of play, but in a game trying to provide an immersive journey, they were annoying.

I’d also have liked to see fuel for your ship be a little more common, especially in areas where there’s no wind and you rely on your engine. Running out during one sequence left me needing to spend forever swimming around in search of something to burn, though I did finally find something. A big momentum killer, but it did teach me to be more careful about stocking up when I could in the future. Managing your resources is an important part of Changing Tides. Speaking of the ship, I think a couple of the buttons are a little too close together, particularly the one that adds saved fuel into the engine being something I bumped by mistake too many times to count. When conserving fuel is so important, losing some when my engine was already full or nearly full never felt good.

These are nitpicks though. Far: Changing Tides manages to take players on an emotionally engaging journey without a word, with a ship and the seas as your only companions. From beautiful isolation comes an unforgettable experience. If this sounds remotely like something that’s for you, definitely check it out.

Full disclosure: This review is based on a copy of Far: Changing Tides provided by the publisher.