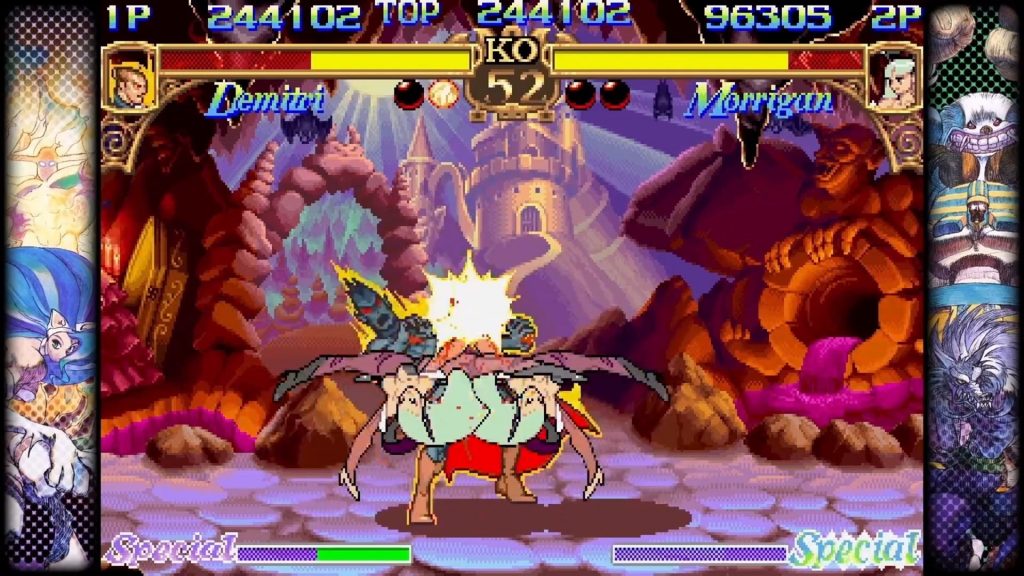 While you can’t accuse Capcom of being creative in naming their latest collection of fighting games, Capcom Fighting Collection, it does get the point across of what this game is. Coming June 24th to PS4, Xbox One, Nintendo Switch, and PC, this collection features ten games including a few games we’ve never gotten in the west before, and even one which has never seen any sort of console release.

The bulk of this collection is made up of the Darkstalkers series. The three main games in the series, Darkstalkers: The Night Warriors, Night Warriors: Darkstalkers’ Revenge, and Vampire Savior: The Lord of Vampire are all included as one would expect. Sadly they’re the arcade versions and not the excellent console versions which include some bonus modes or a combination of the arcade and console versions with the best of both worlds, but that’s become standard in collections like this. Two expansions for Vampire Savior, Vampire Hunter 2: Darkstalkers’ Revenge and Vampire Savior 2: The Lord of Vampire are also here. These are slightly adapted versions from a time when Capcom couldn’t resist putting out a million minor updates for every title, but it is the first time those versions have seen a North American release so big fans of the series will want to check them out. 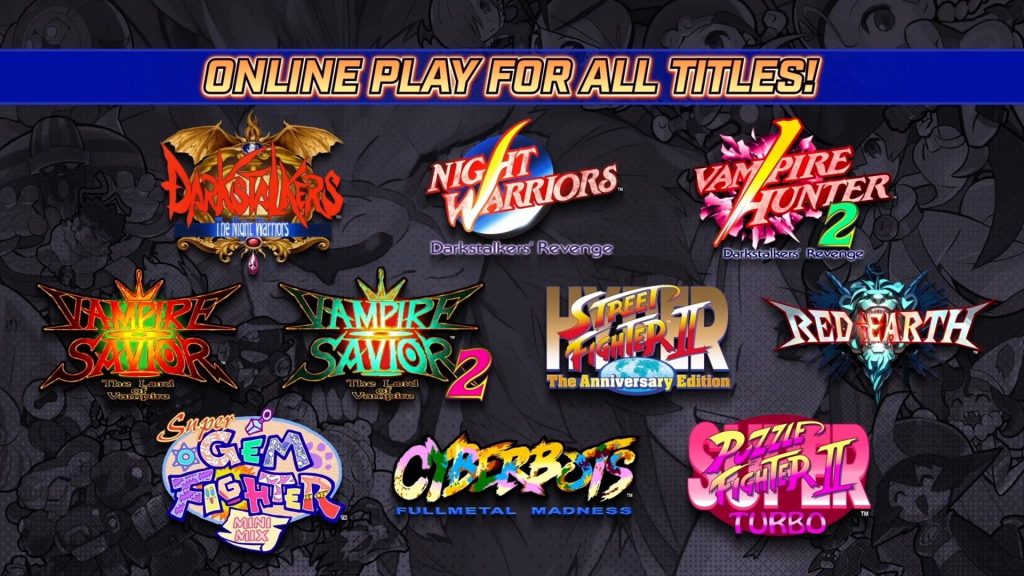 If you needed another way to play Street Fighter II, despite several rereleases in the last couple of years, you’re in luck. Hyper Street Fighter II is included. This is actually one of the later major updates to the game, released as a fifteenth anniversary celebration of the title. Puzzle spin-off Super Puzzle Fighter II Turbo has me excited, as I put way too much time into it back in the day. Super Gem Fighter Mini Mix took the chibi versions of the characters from Puzzle Fighter and put them in a fighting game. North American fans will be more familiar with it under the name Pocket Fighter.

Cyberbots: Fullmetal Madness is here but it was included in Capcom Arcade Stadium just last year so it seems a bit soon. Still, Capcom loves to rerelease games even today. The final game may be the most interesting of all, at least if you’re not a Darkstalkers fan. Red Earth is a more single player focused fighting game, with actual RPG like progression between levels and the ability to save your character for future runs using a password system. It’s never seen a console release despite calls for it for years. Those calls have finally been answered. 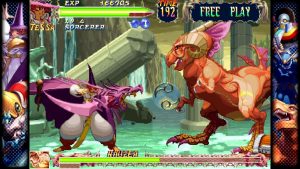 Capcom seem to be putting more effort into the collection than they did into the name. Capcom Fighting Collection will be getting physical releases on all three consoles and all ten games included will feature rollback netcode for online play. Every game but Puzzle Fighter features a training mode as well. At $39.99 this is a lot of value for fighting game fans. Check out a trailer for the game below.