No Need To Dust Off Those Staffs Yet 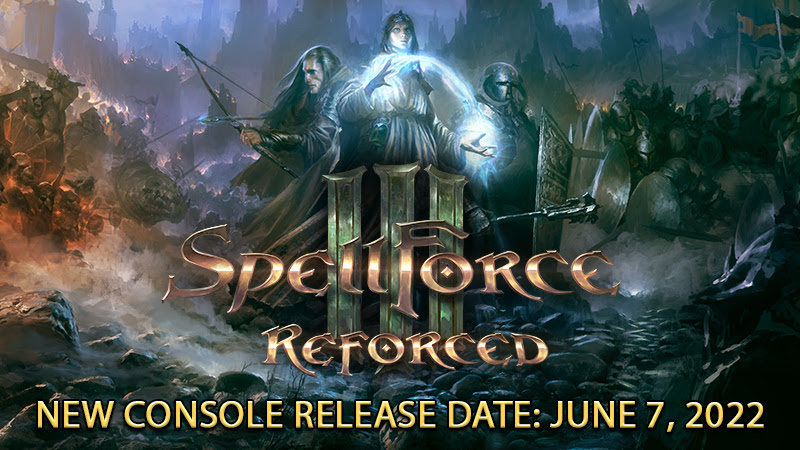 Xbox and PlayStation owners who were eager to show off their mighty spellcasting abilities with the console release of SpellForce III Reforced are going to have a little longer to wait.

Originally penciled in for a December 2021 release date that was subsequently pushed out until March of this year, SpellForce III Reforced is now slated for June 7, 2022. Whilst it’s only natural for those who were eagerly anticipating the March release to be disappointed at this news, an update from THQ Nordic confirms that the extra time is going to be spent ensuring that the developers, Grimlore Games, have the time needed to ensure the game is in the “best possible shape before it gets released.” In a climate where it’s all too common to see titles rushed out the door with a ton of optimisation still required, it’s nice to see both the developer and the publisher banding together to ensure SpellForce III Reforced releases in a state worthy of its audience.

For those who have perhaps had limited exposure to the SpellForce series, THQ Nordic also provided a little refresher on what players can expect from the finished product come June 7 when they jump into this unique cocktail of RPG and RTS action:

If that all sounds appealing to you, pre-orders are already live for PlayStation 4/5, Xbox One, and Xbox Series S/X. And if you’re already sold on SpellForce III Reforced, you might be glad to know that THQ Nordic has also confirmed that both the “Soul Harvest” and “Fallen God” expansions will launch simultaneously alongside the base game on June 7. These optional add-ons can be bought separately, or can be snapped up as part of the SpellFocre III Reforced Complete Edition, also available now for pre-order.

Will you be jumping into SpellForce III Reforced? Are you bummed out by the delay? Feel free to chime in below in the comments section!