Kingdom of the Dead Review (PC)

Kingdom of the Dead Review: A Bloody Good Time, But This Retro FPS Is In Need Of Some Polish 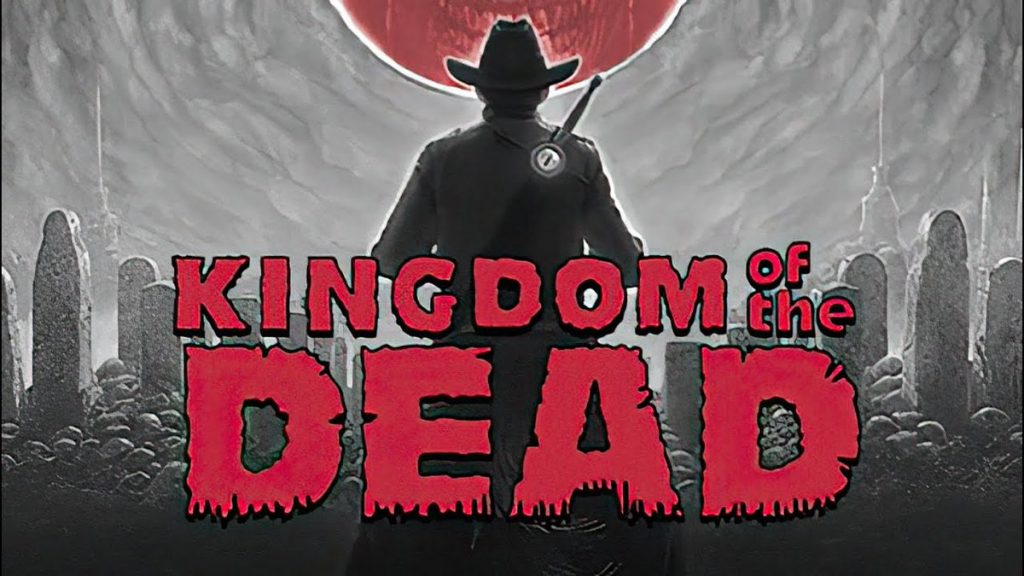 Developed by indie outfit Dirigo Games, Kingdom of the Dead wears its inspiration proudly on its sleeves. Like New Blood Interactive’s gloriously gory Dusk, it pays tribute to the classic PC shooters of the late 90s with its minimalist presentation, straightforward level designs, and brutal gunplay that sees severed limbs and heads soaring through the air like grisly confetti. While the game’s campaign is a quick burn, it’s a retro-inspired riot while it lasts – so long as you can overlook the occasional jank that pops up like a flesh-hungry ghoul to spoil the fun. 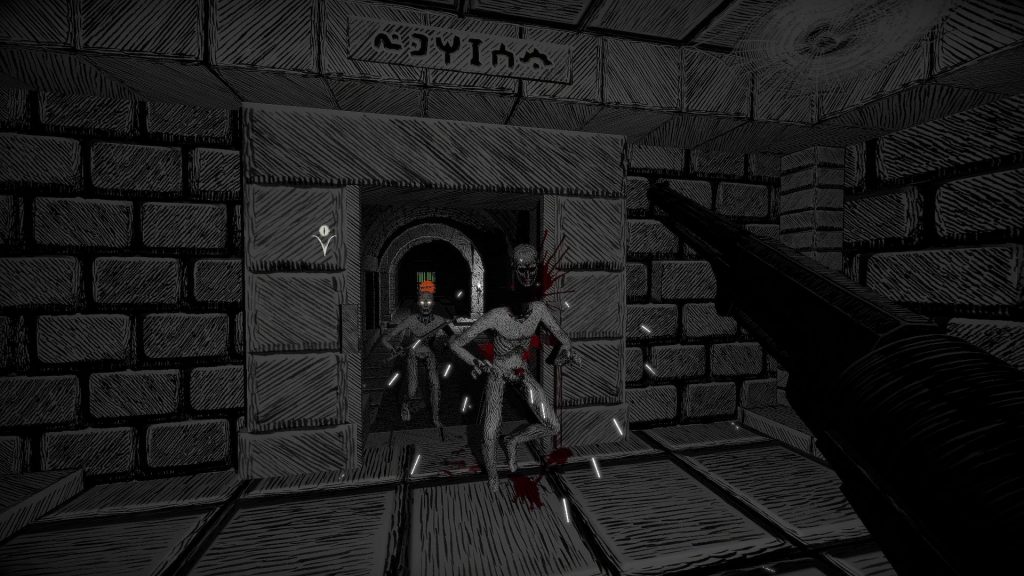 Your six-gun isn’t especially powerful, but a clean headshot is enough to send most ghouls back to the grave.

In Kingdom of the Dead, players assume the role of Agent Chamberlain, an operative for the shadowy organization known as GATEKEEPER that’s the last line of defense between humanity and the putrid forces of Death. Assisted by his talking sword and his trusty horse, he must visit a varied assortment of creepy locales, massacre a bestiary of flesh-hungry hellspawn, and shatter crystal skulls to seal the gates and halt the undead invasion.

It’s a paper-thin premise, and the in-game narrative doesn’t do much to flesh out the story, but that’s just fine. Kingdom of the Dead may not deliver a gripping narrative to push the action forward, but it succeeds at just what it sets out to do: soothe the itchy trigger fingers of anyone who cut their teeth on classic shooters such as DOOM, Quake, and Blood.

The firefights in Kingdom of the Dead aren’t exactly cerebral. It’s clear developer Dirigo Games wants players to shoot first and think later. Enemies aren’t interested in taking cover or flanking you. Every ghoul or crazed cultist you meet is more than happy to run headlong into the meat grinder as they attempt to overwhelm you with their sheer numbers. To survive, you’ll need to have a steady aim to quickly dispatch your attackers with careful headshots and master the ancient art of circle-strafing to keep away from nasties nipping at your heels.

You’ll amass an arsenal of 8 weapons throughout the game. None of them are wildly over-the-top—with the exception of your aforementioned talking sword—but they get the job done and fit the game’s presumably 19th century setting well. You start with a revolver. It’s not especially powerful, but it’s precise and can pop the heads of most Lovecraftian horrors with ease. You’ll also get your hands on a shotgun that peppers a wide area with buckshot, a lever-action rifle that can deal death from a distance, a Gatling gun to chew through swarms of enemies, and even a bazooka to bring down the nastiest of the things that go bump in the night.

Again, nothing fancy. You won’t be using voodoo dolls or flare guns to vanquish your foes like a certain game from which this title clearly takes its inspiration. Still, you can’t argue with these time-tested tools of the trade. They look nice, sound even better, and pack a satisfying punch that helps keep Kingdom of the Dead‘s action satisfying from start to finish. 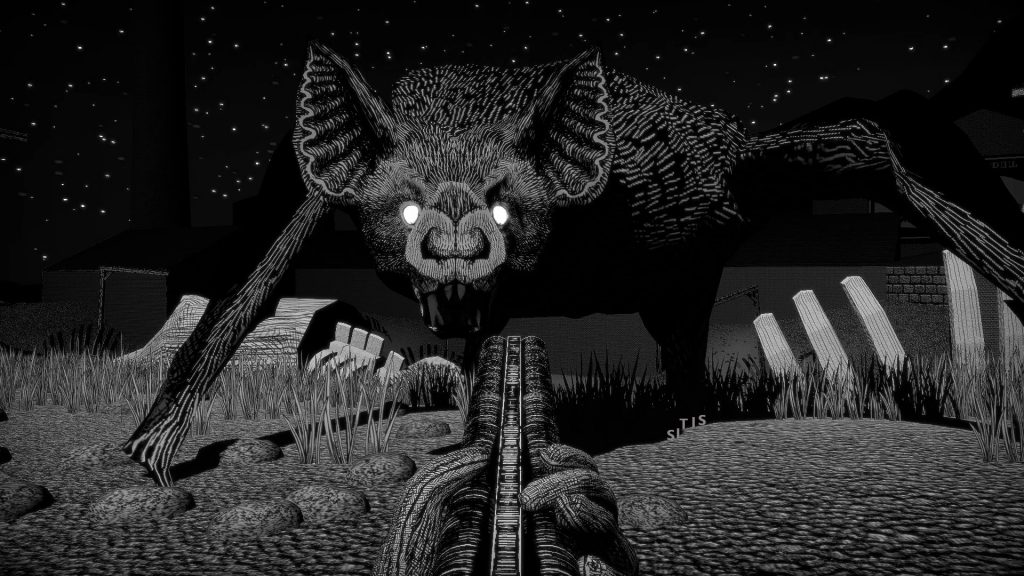 The bosses in Kingdom of the Dead look pretty cool, but I wish they put up more of a fight.

Speaking of satisfying, Kingdom of the Dead also offers a welcome variety of environments to paint red with your old-timey arsenal. Sure, you’ll blast your way through the requisite haunted mansions and creepy crypts on your way to murder death. However, things start to open up midway through the campaign. You’ll stalk through an eerie forest teeming with chittering spiders, a cityscape that ups the ante with a fresh dose of verticality as harpies swoop in for the kill from above, and even a speeding locomotive. As someone who’s been a sucker for train stages since Goldeneye 007 and the aforementioned Blood, that sure got my engine burning.

These stages offer a solid mix of claustrophobic corridors leading to carefully choreographed kill rooms to wide-open areas that put your sniper skills to the test. They all feature a boss, too, and often you’ll have to fight this enemy a couple of times before you finally finish it off. Unfortunately, these boss fights are pushovers. I found most of them can be brought down just by circle-strafing around them and unloading with your Gatling gun or explosives. There are a few exceptions, of course. For example, there’s a towering deer with maces for antlers that you have to sidestep so that he crashes into trees or boulders so that you can riddle him with bullets while he’s stunned. But that’s about as involved as the boss battles tend to get in Kingdom of the Dead.

The Glitching Hour Is Upon Us 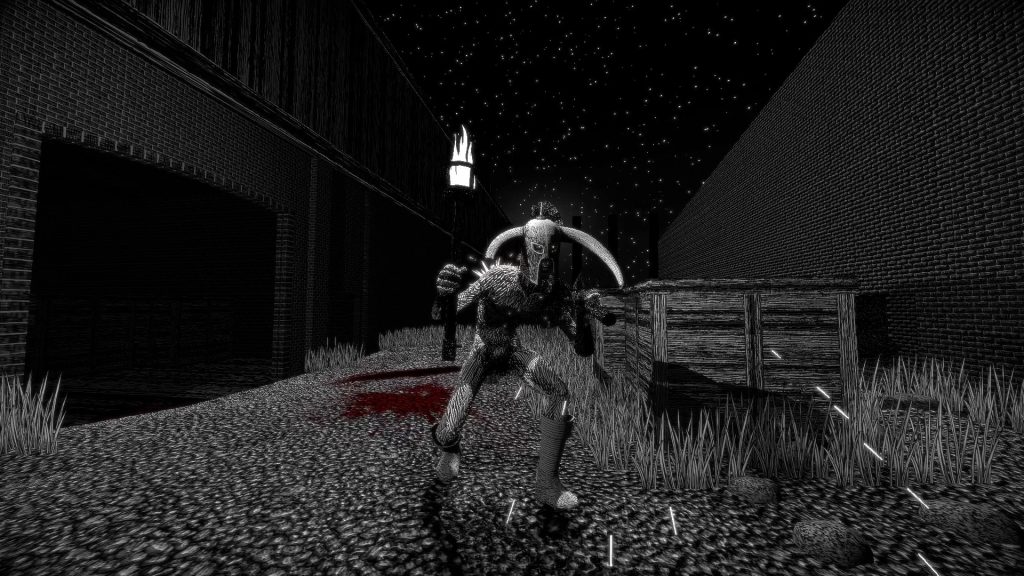 These armored foes look intimidating but don’t fret. A couple of rifle shots to their exposed legs will bring these big guys to their knees.

Unfortunately, the boss creatures probably won’t be the most fearsome creatures you’ll encounter during your time with the game. Kingdom of the Dead has some considerable jank that needs addressing at the time of this writing.

There were numerous occasions throughout my review playthrough where I became stuck in the stage geometry. My only hope was for some straggling zombie to shamble over and put me out of my misery. Otherwise,  I’d have to exit the game and lose my progress. Unfortunately, enemies aren’t immune to suffering this fate, either, and you’ll sometimes have to deal with their disembodied hands poking through walls as they rain lead upon you. Another issue I experienced a few times was that despite my ammo counter saying I had some ammo left, my gun wouldn’t fire. Additionally, if you scroll to your dynamite when you’re out of ammunition, it will still display a bundle of the explosives in your hands, but you can’t use it. It’s a silly oversight, sure. But it can create some issues when you’re in the heat of a fight and wondering why nothing’s happening as you mash the fire button.

One glitch that I witnessed was especially entertaining. While playing through the train stage, I encountered a flock of harpies. Two of them went down with a single shot from my long-barreled rifle. The third, on the other hand, was a little more stubborn. I dumped about a hundred rounds of Gatling gun and all of my pistol ammo into it, but it refused to die. Instead, the winged weirdo followed me around the stage, no longer interested in fighting, and would gently bump into me from behind when I wasn’t paying attention. What a feathery flirt!

If Looks Could Kill 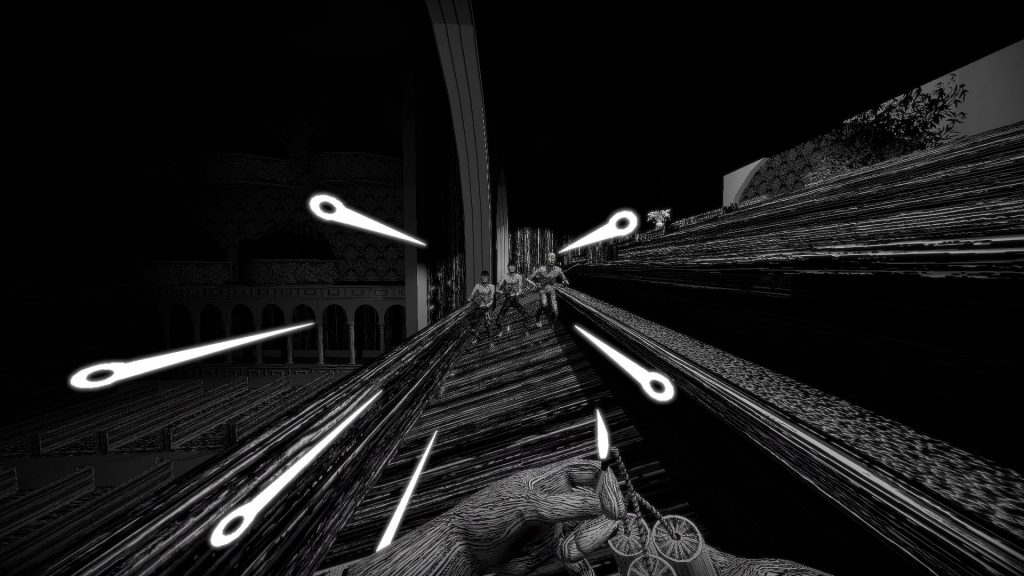 Be careful: you don’t want to find yourself on the business end of a ghoul’s scattergun, pardner.

There is no doubt about it, Kingdom of the Dead could have used some added polish before getting a full release on Steam. Still, as annoying as these issues can be, they didn’t keep me from enjoying my time in its gruesome, monochromatic world.

A big part of what kept me coming back for more was the game’s excellent presentation. Kingdom of the Dead features a distinctive pen and ink art style that’s hard to ignore. It’s a killer aesthetic that really adds to the atmosphere of dread. If you imagine a weird fusion of the artistic vision behind PlatinumGames’ Mad World and those pulpy horror comics of the 1950s, you’ll have a pretty good idea of what to expect in terms of the visuals.

The sound direction is also worth noting. Just like in DOOM, each of the game’s 20+ enemy types make their own unique sound when you’re nearby. Not only does this add to the tension, but it also helps you get an idea of what you’re about to face. These audio cues are especially helpful, as the game’s monochromatic visuals can sometimes make it challenging to spot your enemies. Kingdom of the Dead also features some superb music. It’s a mix of quirky chiptunes and droning Darksynth tracks that sound like they’re straight from some undiscovered slasher flick from the 80s. If that sounds up your alley, then you’re bound to love the haunting soundscapes the game offers.

Kingdom of the Dead is a quick burn. Most players should be able to get through the game’s easiest difficulty in just a couple of hours. However, there are two additional difficulties available that pad the experience out a bit more by increasing the number of undead while forcing you to seek out hidden items and refrain from killing civilians. However, these items aren’t exactly well-hidden and are typically found just off the beaten path, which makes them feel more like an added chore than a worthwhile bonus.

While its technical shortcomings are hard to ignore, there’s an undeniably solid shooter buried beneath Kingdom of the Dead‘s bumps and bruises. With fantastic presentation and a satisfying arsenal of weapons to wield, it’s a worthwhile throwback to a simpler time when monster closets were plentiful, and stopping to reload your guns was unheard of. If you’re a fan of DOS-era shooters and don’t mind a bit of jank, there are far worse ways to spend a weekend.

Full disclosure: This review is based on a copy of Kingdom of the Dead provided by the publisher. 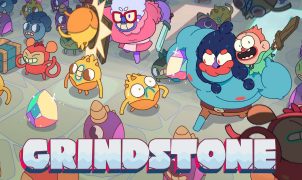