Rise of the Third Power: An Ode to the Classics

Any time I hear the phrase “retro-themed RPG” the 90’s kid in me all but squeals with excitement. Somehow, my love for them hasn’t diminished in the slightest over the last few decades. The market is fairly flooded with attempts at recreating the magic and nostalgia of the 16-bit era, with varying degrees of success. These days, it takes something special to stand out in such a crowded field. And then along comes Stegosoft Games’ Rise of the Third Power, an homage to what made the classics, well, classics. 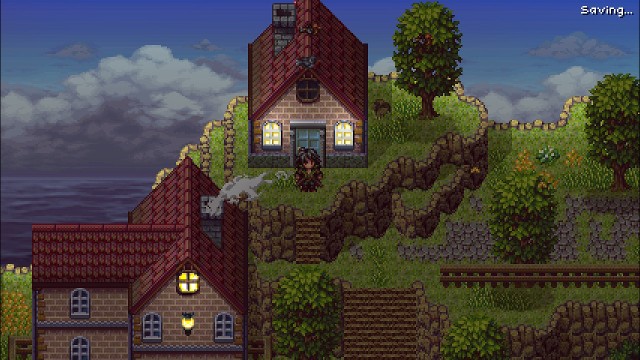 Rise of the Third Power’s story draws inspiration from Europe’s political climate during the 1930s. The world is reeling from the Great War, and recovery is painstaking and slow. And while each nation publicly appears to be trying to reconcile their differences and move forward towards peace, behind the scenes, dastardly schemes abound. Filled with backstabbing and betrayals, the plot is really quite impressive and engaging. While perhaps not ground-breaking, and definitely a bit of a slow burn, the story is nonetheless plenty intriguing enough to keep you coming back for more, and is only enhanced by the thorough character development.

Over the course of the game, you’ll cobble together a crew of 8 people from wildly different backgrounds – such as a princess, a pirate, and a priestess, just to name a few. Brought together by fate and circumstance, each character has their own ambition and drive, their own schemes and plots. The character writing is definitely one of the highlights of the game, allowing each character to shine in their own right. Every one of them feels like a fully fleshed-out person, with complex histories, feelings, desires, and goals. Sure, they can be a bit caricature-y at times, but it fits in with the retro theme and doesn’t detract from the game in the slightest.

A Perfect Mix of Old School and New School 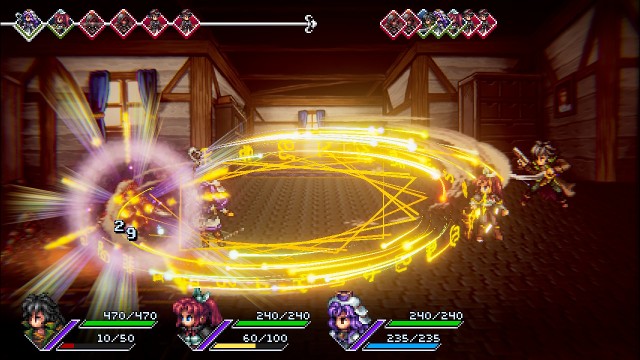 Of course, a game can’t be carried by the strength of its writing alone. Gameplay itself has to be at least as engaging and interesting – if not even moreso. Thankfully, Rise of the Third Power doesn’t disappoint in this regard, either. You’ve got your standard/core RPG mechanics – you’ll wander through dungeons, solve puzzles, and get into turn-based battles. The dungeons are fairly sizable, though they never felt very stale to me. The puzzles aren’t particularly hard or complex, but they’re plenty enjoyable. I suppose if I had to complain about the dungeons, it’s that there are repeating themes: hit the switch to open a door or move a platform, and find keys to open doors. You’ll encounter this plenty, which can feel a little bit stale, but overall, it’s still entertaining.

Enemies are visible on the screen, which is always a welcome addition. Some enemies will largely ignore you and only fight if you initiate contact, but some will be on the lookout for you, and it’s to your advantage if you can sneak up on them before they spot you. Battles are a turn-based affair, but it works well, as combat is yet another area where Rise of the Third Power shines. At the start of every enemy encounter, you’ll be given the option of which three party members you’d like to take into battle. Each party member has their own distinctive fighting style. For example, Rowan’s main attack causes enemies to bleed, which whittles away at enemy HP slowly over time, and as he attacks, he builds fury, which allows him to unleash stronger attacks. His main drawback is that he’s quite slow. Conversely, you have Corrina, who starts off with plenty of MP to attack enemies, and her high speed and attack mean she can hit hard and fast – the downside being that she has low HP and defense. There’s also Princess Arielle, who uses a detached ship’s cannon to fight, but it’s more fun to let you experience that one on your own.

Grinding is a Group Affair 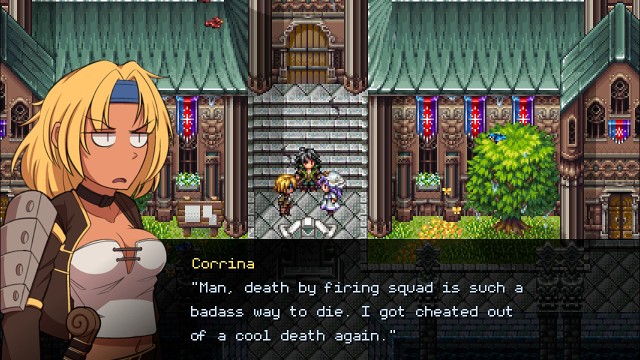 As is the case with most RPGs, you earn experience points by defeating enemies, thus allowing you to level up. The same holds true in Rise of the Third Power, but with a unique twist. Instead of individual characters leveling up, the party levels up as a whole. This means that new characters joining your party don’t end up underleveled, which is honestly quite refreshing. When your team levels up, you’ll be given a handful of skill points that can be used on individual skill trees. You’ll have to spread them out across your characters as you see fit, unlocking additional attack skills, innate abilities, and increased stats. Thankfully, if you feel you’ve done a bad job allocating your skill points, you can find the occasional item that lets you reset a character’s skills and redistribute the points.

In addition to the branching skill tree each character has, there’s also a rudimentary crafting system. With the right items, you can craft new items for each character. The difference here being that these items are permanently equipped. It’s quite refreshing not having to constantly upgrade equipment at every shop in every town on your journey. Instead, you’ll naturally accrue the materials necessary throughout the course of the game and upgrade your characters as you can. It’s integrated seamlessly into the game, and removes the chore of grinding for money and equipment. Though, if you really do love the grind of an old-fashioned RPG, you can crank the difficulty up, as Rise of the Third Power has an adjustable difficulty scale.

Pixelicious and a Stunning Score 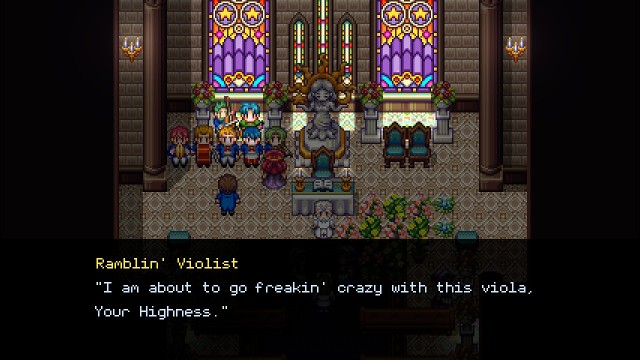 Rise of the Third Power’s aesthetic is a delight. Beautiful pixel art abounds, with lovingly rendered environments and a distinctly, delightfully blocky overworld. Enemies are rendered wonderfully, though I do wish that their attack animations were a bit more developed. Of course, if the enemies don’t feel as alive as I wish they did, the opposite is true for your party members. They are absolutely alive and animated, with downright stunning, occasionally even gorgeous, attack effects. The character portraits felt maybe a little amateur-ish and and webtoon-y at first, but they really grow on you and are quite charming. And the soundtrack! Not a single tune in the game felt out of place or boring, the scoring was definitely impressive.

A Charming Love Letter to the 16-Bit Era

It’s actually really hard to find things wrong with Rise of the Third Power. If I had to really nitpick here, I’d say the enemies could use some more lively animations for their attacks, and the dungeons could do without the repeating elements of “find switches and find the bronze/silver/gold keys.” But these are honestly minor in the grand scheme of the game. Rise of the Third Power is a love letter to the games of my youth, and it plucks at those heartstrings with skilled fingers. With a fantastic story, fully-developed, well-written characters, gorgeously pixelated visuals, and a stellar soundtrack, this game is a must-have for fans of old-school RPGs.