KungFu Kickball Review: Can You Kick It? 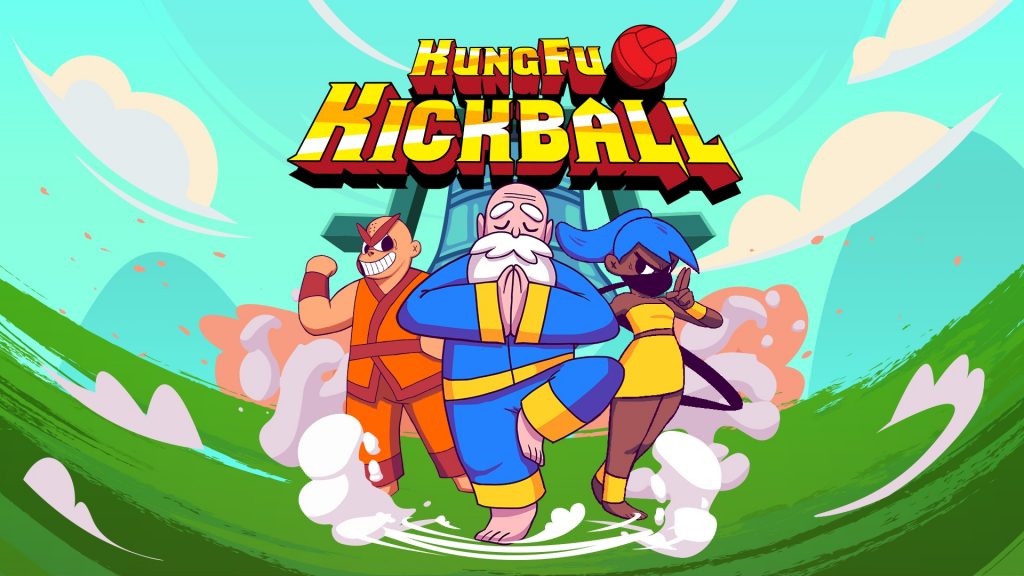 I love when video games have unique takes on obscure sports. Last year seemed to be the year of dodgeball with interesting titles like Knockout City and Dodgeball Academia. The idea of a kickball game definitely sounds interesting on paper. Can KungFu Kickball help 2022 be kickball’s year?

Sadly, no. I admire a lot of what KungFu Kickball wants to do in creating an easy to pick up and play multiplayer title, but too little of what it tries to achieve works. It ends up a game I’m not sure has an audience. 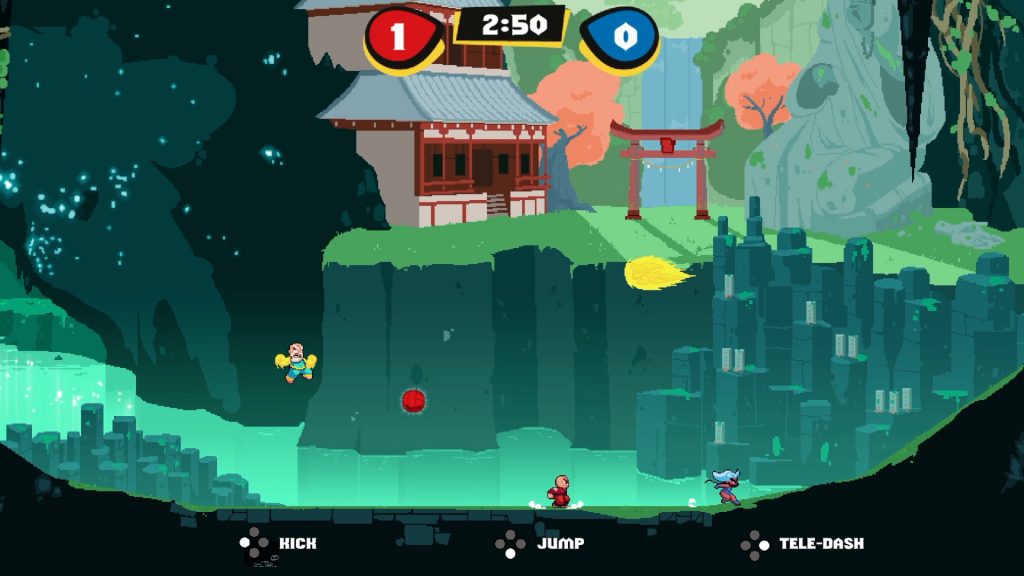 Set on a series of 2D fields, KungFu Kickball is a simple enough game. You and your opponent face each other with a jump ball in the middle of the field. On either end is a giant bell. You’ll each kick the ball toward the other side of the field with the goal of hitting the bell. Whoever manages to hit their opponent’s bell more wins.

There’s a little more to it. Different stages are set up differently. One has a ledge in front of the bell, for example, so you have to kick under the bell and hit it up from below. The level design is one of the biggest strengths of KungFu Kickball, providing interesting opportunities to approach scoring from different angles. For example, you can do a dash-style move that has you blinking across the stage to catch up if the ball gets ahead of you. You can even kick your opponents, stunning them and giving you a chance to kick the ball again. 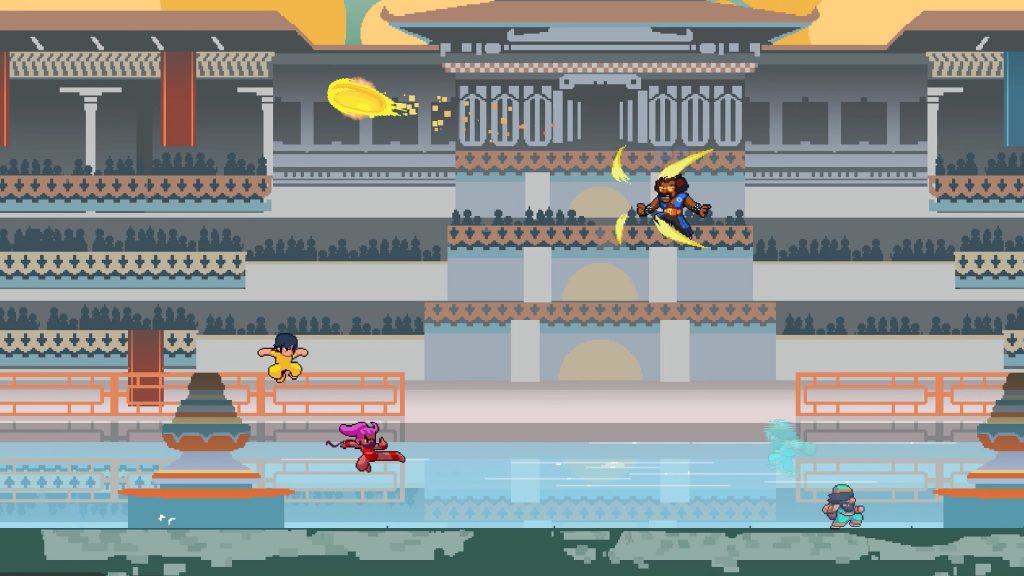 It’s actually striking how little KungFu Kickball takes from the game of kickball. There’s a ball, and you kick it, but outside of that, it has more in common with a super casual version of Super Smash Bros. You can pick from a wide variety of characters with more able to be unlocked. They feel different enough that picking your character matters.

In practice, the game has a series of issues. The most important is that everything feels just a little too floaty. Even after quite a bit of time playing, I had a hard time with the timing when going after a jump ball. Some games could get away with this, but it’s a major issue for a game that seems designed around being a pick up and play title. I need to be able to introduce new players to the game and have them feel like they can be competitive. That really isn’t the case with KungFu Kickball.

A Kick In The… 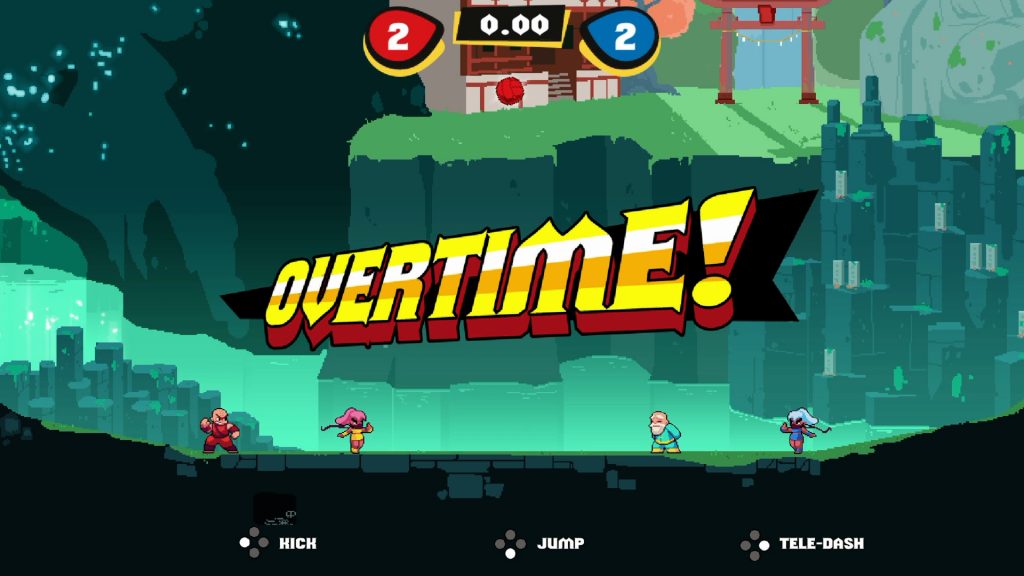 If you’re hoping to play in single-player, there’s just so little here to entice you. The standard arcade mode is a flop, with only the game’s more boring one-on-one mode available. I’d much rather the two-on-two multiplayer options be represented. There are three difficulties, but none of them seem well balanced. The two easier difficulties are complete pushovers which most players will push through with ease. The hardest, meanwhile, turns the computer into near gods, good enough that they aren’t actively good for training against. It makes it hard to improve.

Other modes like tournament offer even less interesting. You can certainly jump into a custom match however you want, but that isn’t interesting. Give me something to do when I’m not ready to face off against players online. Facing off against friends in local multiplayer or in online matches is the best fit for what this game does but for such a simple game, your opponents will need more time than normal to get a feel for it.

Conclusion (Or Should It Be Kickclusion?)

KungFu Kickball has some strong ideas. They don’t really work, though, and the game never quite manages to live up to its namesake. There’s just so little here, and so much of what is here doesn’t quite feel right. I wish I’d been able to have more fun with it, but as is, I would have a hard time recommending it even if you’re in the target audience.

Full disclosure: This review is based on a copy of KungFu Kickball provided by the publisher. 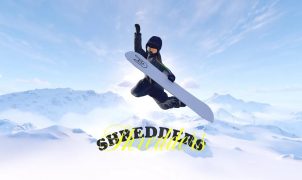 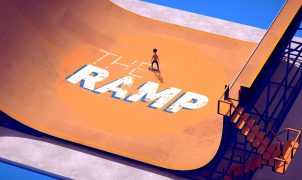