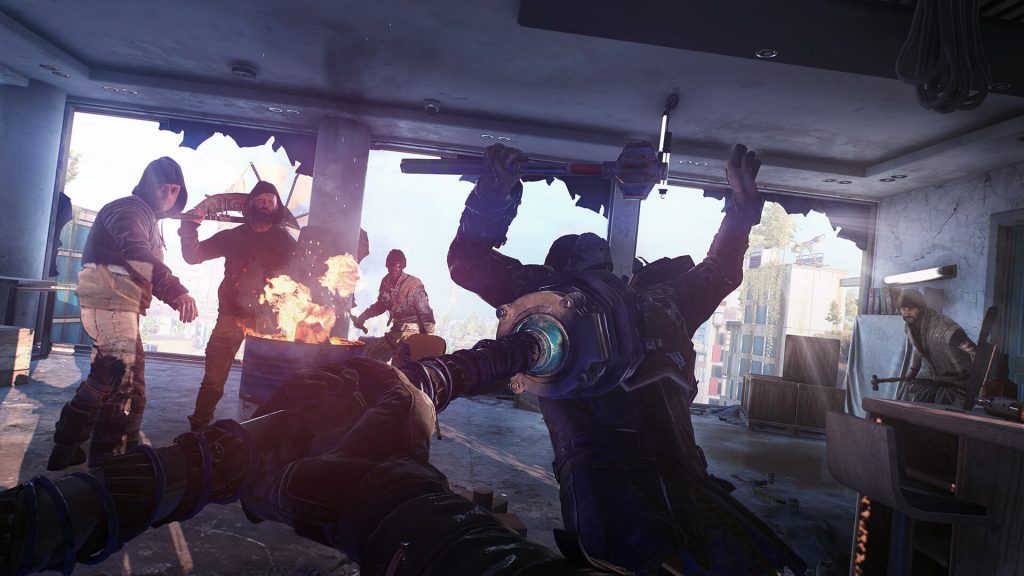 Dying Light 2’s setting of Vielledor is a dangerous place where threats lurk around every corner. Upon taking your first steps in this ruined city, it’s easy to become overwhelmed by all the viral monsters and murderous bandits just itching to get a piece of the game’s protagonist Aiden Caldwell. But don’t you worry: once you start completing quests and leveling up, you’ll unlock an assortment of powerful combat abilities that can really level the playing field.

We at Hey Poor Player are here to help you get the upper hand with five of the best combat abilities in Dying Light 2. Be sure to unlock these skills as soon as you can, and you’ll have a much easier time clearing outposts, keeping the Volatiles at bay in Dark Zones, and more. 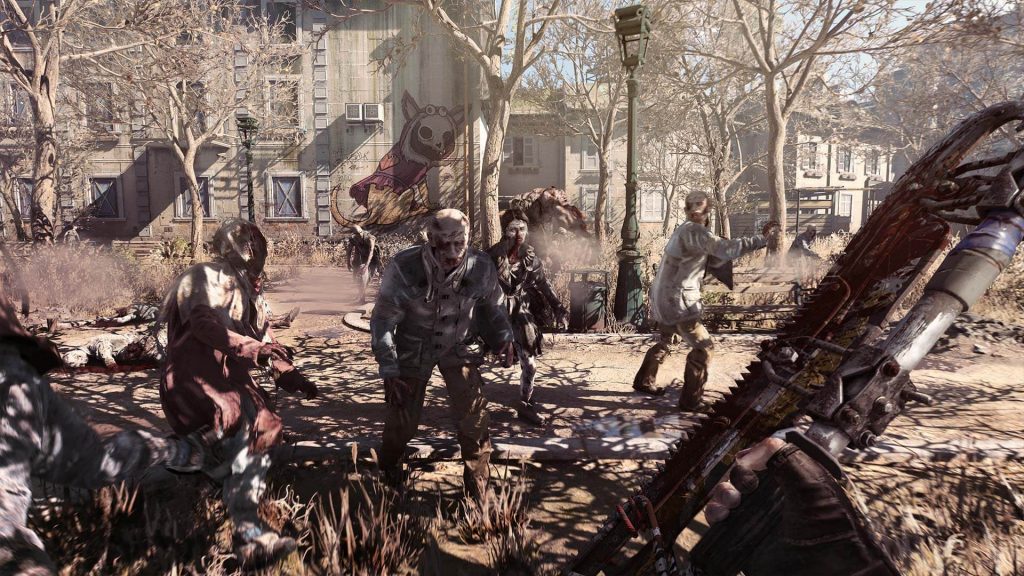 Perfect Dodge: One of the first combat skills you’re able to unlock in Dying Light 2, the Perfect Dodge is one of the most effective tools in Aiden’s arsenal. If you dodge an enemy’s attack just before it would have connected, time will slow down for a second, and your enemy will be staggered. While they’re regaining their balance, you can use this brief moment of vulnerability to unleash a devastating heavy attack or a few rapid slashes before they recover. Once you master this ability, you’ll pretty much be able to control the flow of even the most frantic encounters as you systematically whittle away at your enemies’ health bars. 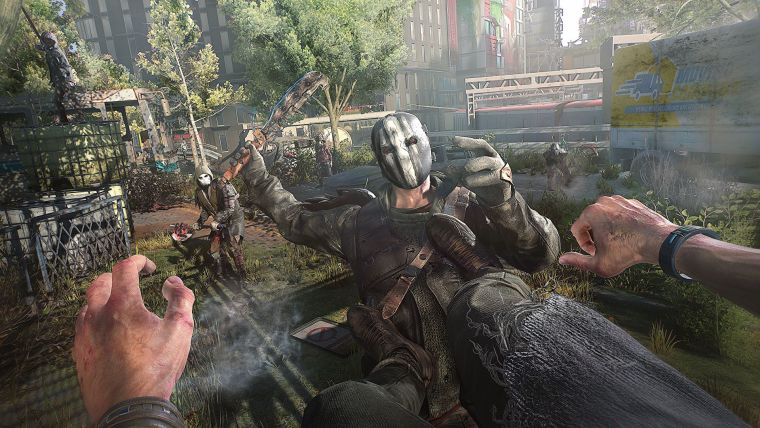 Dropkick: Ever feel like channeling your inner Rick Rude against hordes of undead? If so, then the Dropkick skill should be at the top of your list of abilities to unlock in Dying Light 2. This is another ability found near the top of the combat skill tree. By jumping at your enemy, you’ll unload a powerful double-booted kick your opponents, sending them hurtling through the air. Dropkicks are incredibly effective when used around spike traps that can reduce your enemies to shish kebabs or near ledges so you can send them hurtling to their demise. Just be careful not to get too carried away – you might find yourself tumbling off the edge of a building along with them!

Smash: Look out below! If you like going the stealth route and picking off your enemies one by one, then this skill will have you feeling like Villedor’s apex predator. By pressing the action button when above your enemies, you’ll pounce on your prey, crushing their head into the ground in the process for a quick and easy one-hit kill. I found this ability to be especially handy for clearing out Outposts, which usually feature plenty of perches that you can utilize when working your way to the flag.

While Smash is a formidable skill on its own, unlocking the subsequent Smash Jump skill allows you to launch yourself back into the air so that you can deliver a follow-up skull-crushing attack on a nearby enemy. Sure, pulling this combo off can be difficult, but when you manage to nail it, it’s easily one of the most rewarding moments in Dying Light 2. 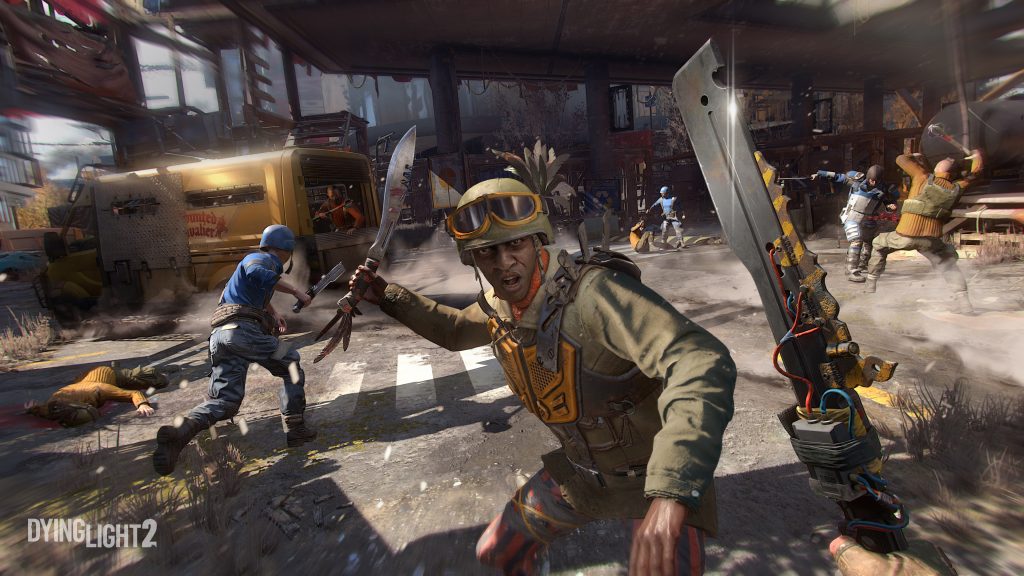 Power Attack: Nothing’s more annoying than an enemy who seems to block every attack you throw at them – especially in games like Dying Light 2, where you have a limited stamina gauge. Thankfully, the mighty Power Attack has no concern for your enemies’ puny defenses. By holding the attack button down, you’ll ready a massive blow. Press the button again, and you’ll unleash a monstrous strike that will break their guard and put them in a world of hurt. Combine this ability with a beefy weapon like a great axe and watch the heads roll! Just keep in mind that this move takes a fair amount of stamina out of you, so try to make the most of it, especially if you’re dealing with a group of bandits or ghouls.

Grapple Throw: Much like Perfect Dodge, the Grapple Throw is an ability that uses your enemy’s momentum against them. By pressing the action button and a direction on the analog stick just as your enemy is about to hit you, you’ll toss them to the ground with the finesse of a judo master. Not only is the Grapple Throw perfect for crowd control, but it can also be used in tandem with the Head Stomp to make short work of your average grunts as you pop their noggins like overly ripe melons.

Dying Light 2 is an immense game and an absolute ton of abilities to master. These five skills will certainly make your days as a Pilgrim more manageable in Dying Light 2, but you’ll probably find other combinations of abilities that work great for your preferred playstyle too.

For more on the game, check out our Dying Light 2 review, and be sure to stay tuned for more guides to help you get the most out of your tour of Villedor. 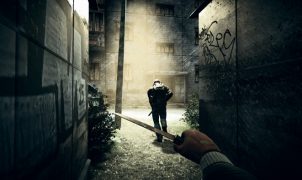