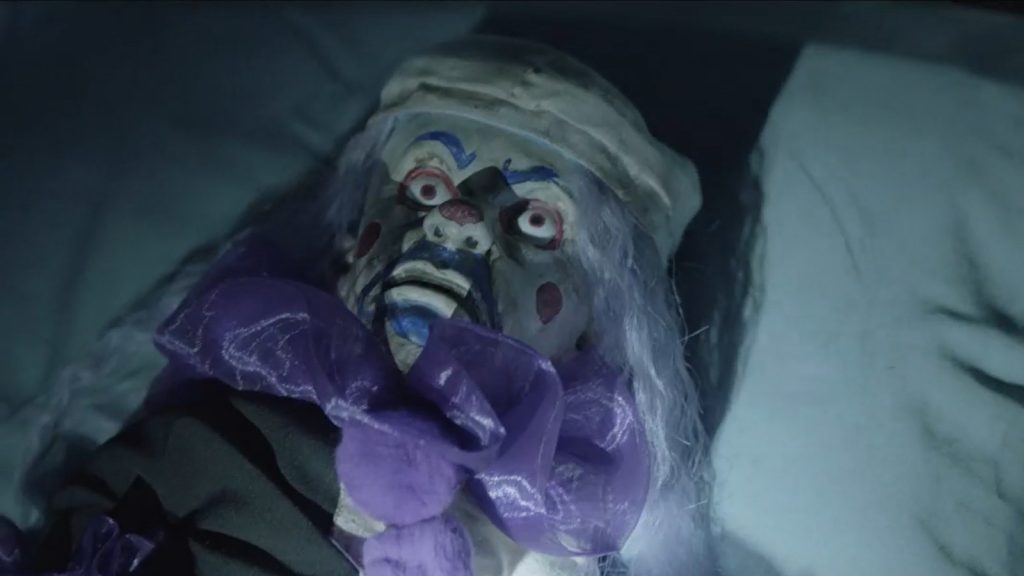 This is weird to say as a fan of the Batman and Batwoman comics. But I didn’t really enjoy Poison Ivy’s cameo all that much. I mean, we’ve only had a handful of OG Batman villains show up in Batwoman, and of those, only one or two are what I’d call heavy hitters. Regardless, I felt the jumbled Ivy storyline just didn’t do it for me. Thankfully, with the return of the deranged Marquis Jett AKA Dark Joker, I realized something. I really enjoy his take on the Joker. Sure, it’s a bit unusual. But so is Ryan Wilder as Batwoman, and I am really growing to appreciate Javicia Leslie in that role. So it stands to reason I’d have similar appreciation for the actor that plays her bro.

I will say, though Broken Toys is a very different episode from last week’s, they did a whole lot right. It starts with Vesper Fairchild’s dulcet tones over the radio. Lamenting how Jada Jett revealed that Batwoman is responsible for the recent rash of superpowered villains. That’s not great, but what follows is even worse news for Batwoman and company. Luke warns her as she’s racing in the Batmobile that last week they didn’t factor in the horrible Gotham infrastructure, and now a ton of clogged water is heading towards Mary’s clinic, where last they saw Marquis comatose in a dried up state. So Batwoman and Mary get there, but too late. Instead of Marquis, they find the world’s creepiest little doll. It plays a prerecorded message from Marquis, saying how now that he knows Batwoman’s identity, he can take out the people she loves one by one. And it all ends with a bone chilling laugh.

It’s All My Fault 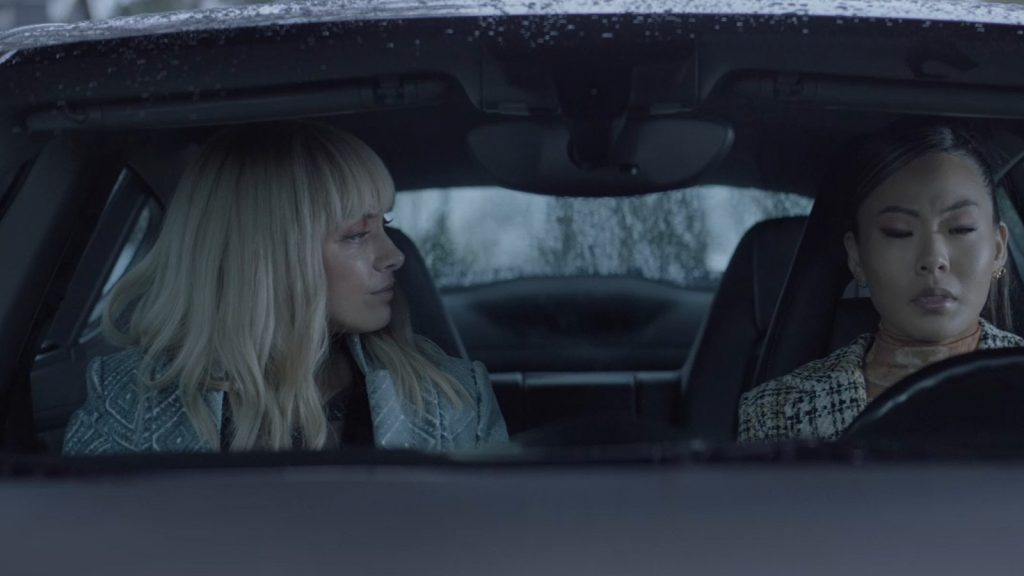 Mary is on a new arc as of this episode. After the sugar high of being a superpowered diva, now she’s sorting all the regret and guilt for her actions. She feels she put her entire team in danger, and rightfully so. Ryan responds saying she’s saved many more lives as a doctor, and that it wasn’t her fault the Ivy vine infected her. Then Luke talks about how they need to fix the joy buzzer, but thinks he needs his father’s AI to do so. Mary sheepishly reveals she gave it to Marquis when she was Poison Mary. But luckily, Alice has a surprisingly helpful suggestion. She suggests they talk to the person that made all of the Joker’s toys, and have her fix the buzzer. The inventor’s name is Kiki Roulette. Which is one of the most fantastic names I’ve heard in some time. And though she’s been off the grid for several years, Luke narrows the search down to a halfway house, thanks to the extreme glasses Kiki wears.

Mary volunteers to go find Kiki, saying they’ll need a doctor to make sure the buzzer works properly. Alice is sent with her, since last Marquis saw, both women were against Batwoman. Meanwhile Sophie tries to get Ryan to talk about where their relationship stands, but Ryan keeps avoiding it. And then we get a new TV appearance from crazy brother Marquis, and he makes everything worse, like usual. At first it seems he’s going to reveal Batwoman’s identity to the entire audience, but he relents. Instead he pivots and says he’s working to give Arkham Asylum the funding it needs so crazy people like Batwoman get the help they need. He’s also sporting fantastic Joker-inspired threads that put a smile on my face. What Marquis really wants is to do a “work release program” for inmates to do his bidding. And his first choice is none other than one of my favorite Batman villains – Victor Szasz!

Somebody Has to Restore the Sanity to Gotham 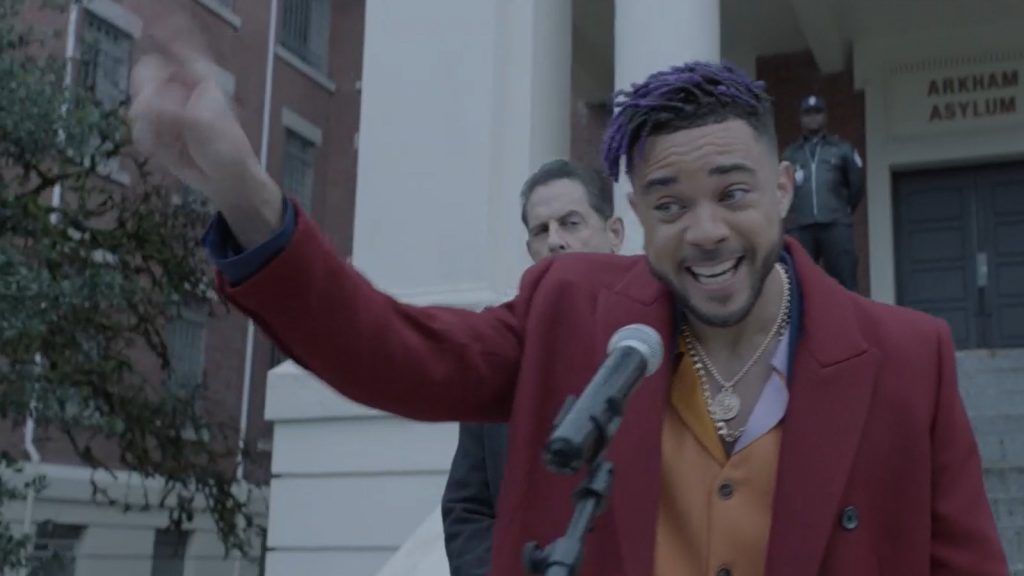 When Mary and Alice reach the halfway home, Mary asks Alice how she can cope with what she’s done. Alice gives her typical honest but unhelpful advice, and Mary counters by saying she’s not a sociopath like her. Alice seems perturbed, but rallies and they knock on the door. The woman there says Kiki was kicked out of the halfway house years ago, but Alice’s crazy sense is tingling. She draws a knife against the woman’s throat, and reveals that she is in fact Kiki, now going by Kathleen. She’s been trying to come to terms with her years of villainy, and agrees to help fix the joy buzzer. But the catch is, they’ll have to go to the Joker’s last hideout to get her tools.

Ryan meets up with Jada to fish for information about her leverage against Marquis. She figures that can be used to show how demented he is, and force him to face justice. But unfortunately, her little brother is one step ahead of them. As Ryan is telling Jada her home videos of Marquis won’t work against someone that crazy, Szasz shoots down a guard and levels his gun at Jada Jett. He wants her leverage on Marquis. Once she fishes it out, he crushes it. Instead of then murdering Jada, he puts an hour on the clock. Apparently he has orders to let Batwoman watch him murder Jada. He just wants another chance to beat the hero that stopped him. And unfortunately, Batwoman is already there, but Ryan isn’t in her suit, and is trying to avoid revealing her identity.

It turns out the Joker’s joy buzzer was specifically designed to shut off the neural pathways for empathy. Which explains how Marquis was so quickly turned from a normal boy into a deranged maniac. It could thus be used to fix Marquis, if Kiki can repair it first. I will say, though we only get a narrow view of the Joker’s former hideout, I love all the little trinkets and easter eggs strewn about. Of course crazy pants Alice gravitates towards a teddie bear that explodes, but thankfully she doesn’t set anything off. Kiki talks about how there’s no redemption for her actions, just living with the guilt and working to make amends. In her words Mary sees a path forward for her own crimes. Meanwhile Kiki talks about how she previously suffered hallucinations, and Alice sees maybe there’s something to be said for therapy. 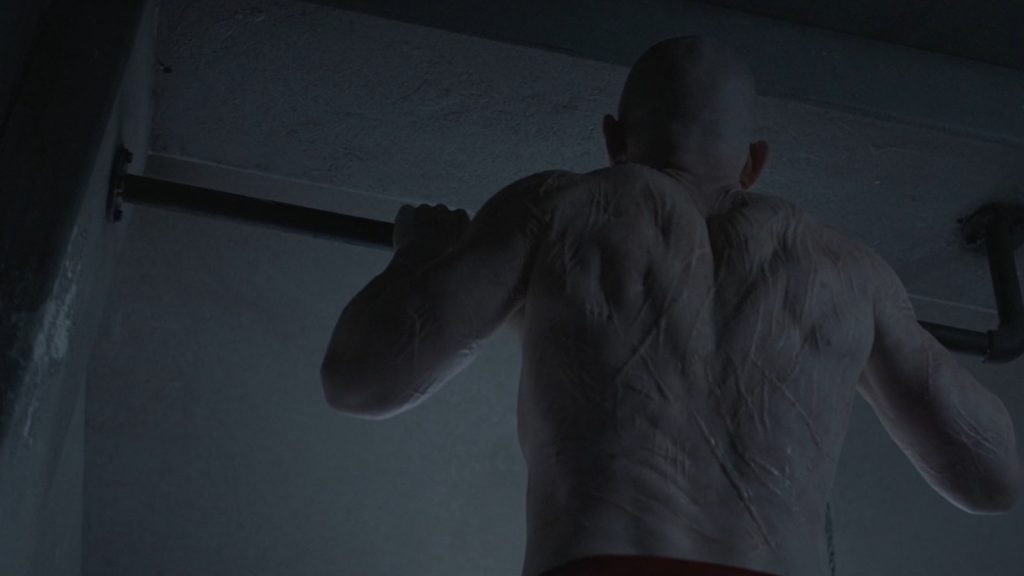 I know I’m not supposed to, but I really find the actor that plays Szasz strangely entertaining. He has a crazy charm, and he loves talking trash. He mocks Jada and Ryan as they start hashing out their past. It turns out, Jada wasn’t trying to abandon Ryan as a child, not exactly. She gave a doctor two million to provide for a family that wanted to take her. Instead, the doctor palmed the money and dropped a baby Ryan off at a fire station. Just as the women are sharing a moment, the timer runs out. Ryan can’t wait any longer, and uses an improvised weapon to stab Szasz, and then beat the living crap out of him. And suddenly, Jada realizes the reason Batwoman didn’t show up is she was there the entire time.

Luke and Sophie team up to break into Wayne Tower. He’s determined to get his father’s AI back, and since Marquis is distracted, he figures what better time. He and Sophie spend a lot of time talking about Ryan’s relationship. She reveals she was into Ryan before she became Batwoman. They find the AI and plug it into the Batwing helmet. Then Luke and the AI hack Marquis’ laptop, and find something unsettling. Marquis wasn’t just working with Szasz. He also was in contact with Kiki Roulette. Which means Alice and Mary are in danger. 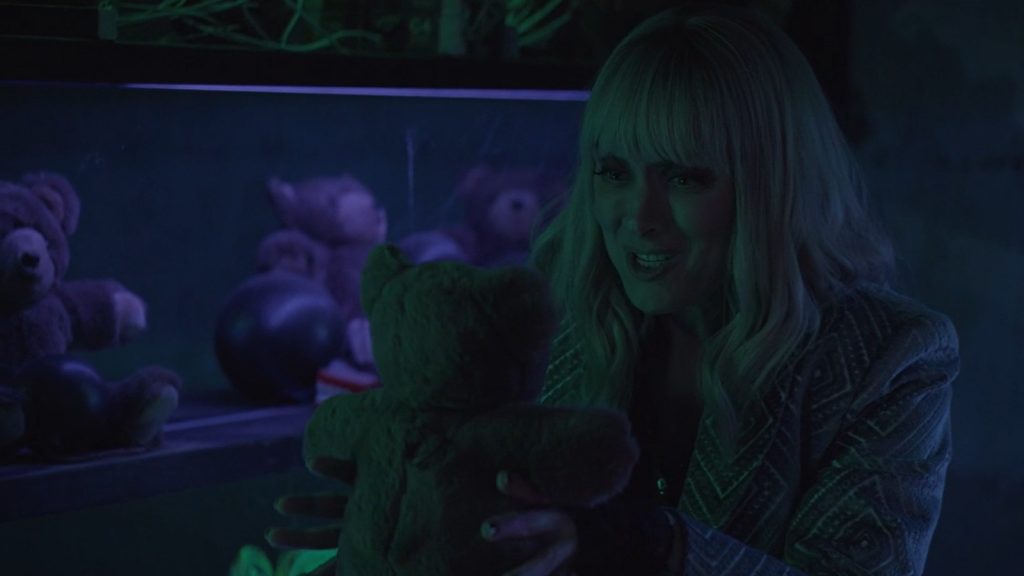 Armed men break into the Joker’s hideout, and it’s revealed Kiki has been playing sane the whole time. When Mary calls her out for lying about her story, Kiki reveals it was all true. She was given great advice to cope with her past, she just didn’t want to do the work. Fun side note, her therapist was none other than my favorite clown girl, Harleen Quinzel.

Marquis arrives and detains Sophie and Luke, and everything is looking bleak for the Bat Team. Luckily, Sophie is a badass, and her and Luke manage to take out Szasz and Marquis’ goons. Likewise, Batwoman and Alice take on a bunch of goons, and there’s a fantastic fight sequence. Unfortunately, Kiki and Marquis still escape with the joy buzzer. Worse, the repaired buzzer only has one charge, and now Marquis wants to use it for some sinister purpose.

It ends with a bunch of vignettes. Jada and Ryan are finally connecting. Jada reveals she’s always loved Ryan, and even named her after her own father. Jada says she couldn’t face her emotions, and walled them off. And Ryan realizes she’s been doing the same with Sophie. Luke bonds with his father’s AI. And Marquis and Kiki talk future mischief. As for Alice, Mary finds her in her subway lair. She offers her crazy sister an escape bag and money, but Alice isn’t ready to leave Gotham. Instead, she wants to use the joy buzzer to fix her own sociopathy, no doubt inflicted on her by years of psychological abuse. Finally, Ryan and Sophie finally make a long awaited love connection in an extended bedroom scene.

All in all, I thought Broken Toys was another great episode of Batwoman Season 3. There’s only a couple left, but the show is on a couple weeks hiatus until the next one. So tune back to HPP on the week of February 23rd for our coverage of the penultimate episode. And let’s hope Season 3 of Batwoman ends on a great note! 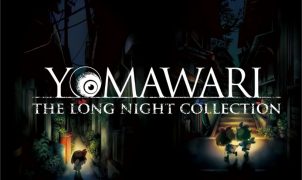