Parting is such sweet sorrow… 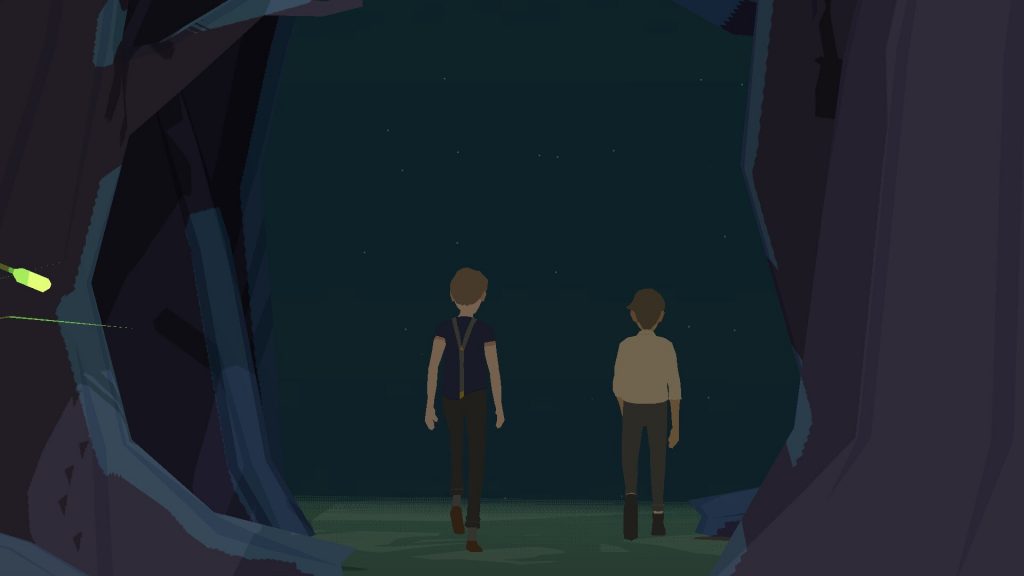 When No Longer Home first released on PC in June of 2021 and on Nintendo Switch that same October, the lucky reviewers (myself included in that category) were definitely in their feelings about it. A short and bittersweet story about closing a chapter in life, I believed it perfectly captured that ” pain of parting while taking solace in the fact that home is truly where the heart is,” while my colleague Daymon Trapold described it as “a tiny window into the human experience that leaves you feeling, well, all the feels.”

And while the game was very, very good at getting its emotions out in the open, I found myself itching to ask Ao and Bo’s real life counterparts, Humble Grove’s Hana and Cel, more about their experiences developing No Longer Home. Instead of belaboring the point, I’ll let the developers speak for themselves about their uni days, developing the game, and what comes after.

How did you two meet? Was it the same as Ao and Bo’s meeting? 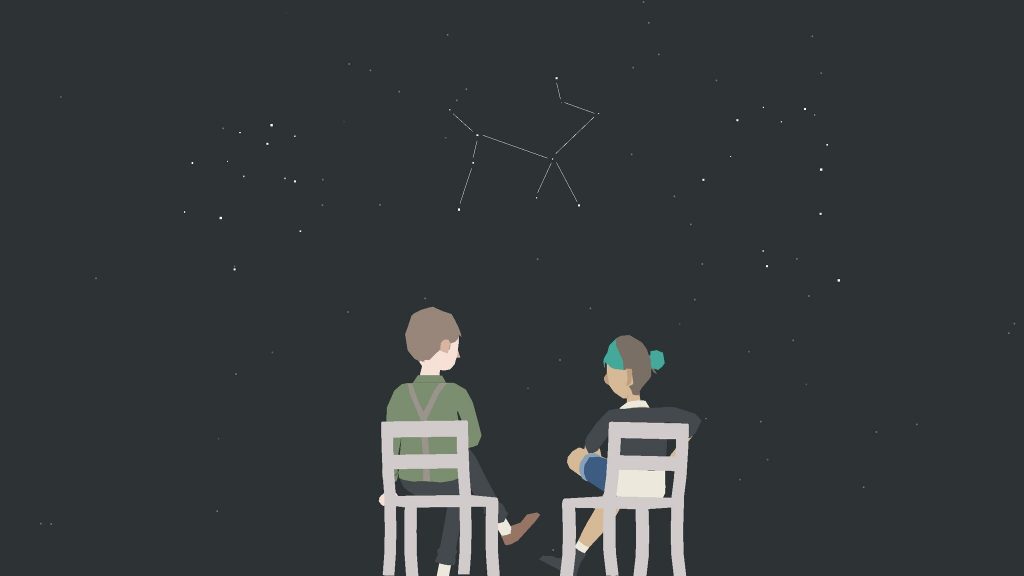 Hana: There’s a tiny bit that the game missed out on, but it’s more or less the same as Ao and Bo’s meeting. We met during foundation year of university (equivalent to first year) so we knew each other vaguely, but we never talked properly until the end of second year. I did talk to Cel before that but in an extremely drunk state, so I don’t really think that counts.

Cel: Yeah, I’d say our first time properly chatting was at that BBQ at Friary Road that Hana invited me to. I don’t really count course crits either.

Players get a good sense for your uni years through the game, but wondering if there were any moments that you wanted to add but didn’t make the cut? 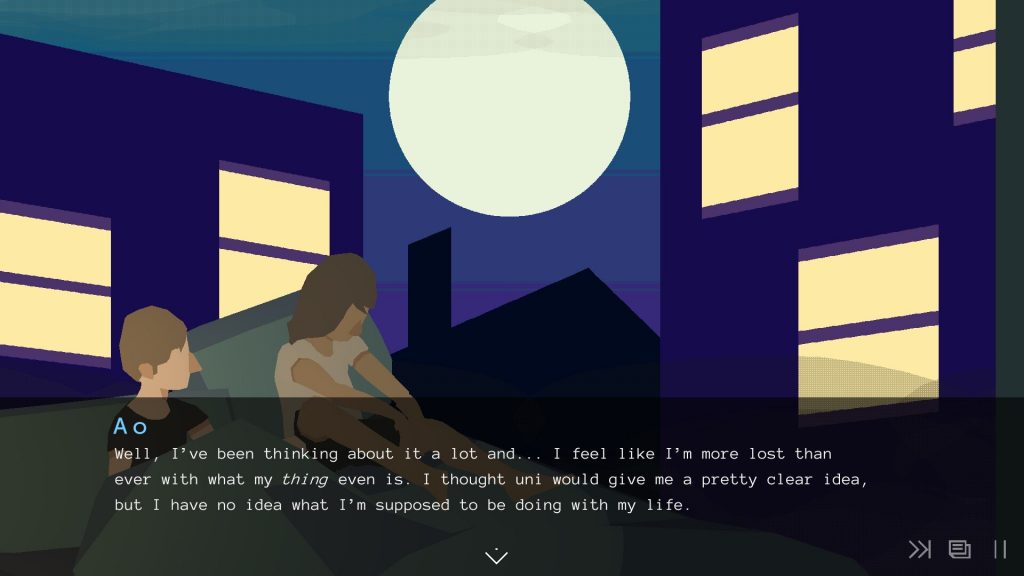 Hana: There was some dialogue regarding my family, but I didn’t feel comfortable talking about it in detail, especially since they got a little too personal. I think it would’ve gotten a bit too tangential anyway so it was worth cutting in the end.

Cel: I think there’s a lot of joy and exploration in university, which due to the game being about the end of it all we weren’t really able to work in. I think however players can maybe fill in some of those gaps with their own experiences. I do think there’s a clear sense that that’s what Bo and Ao are mourning.

What was the meaning of Among the Leaves? 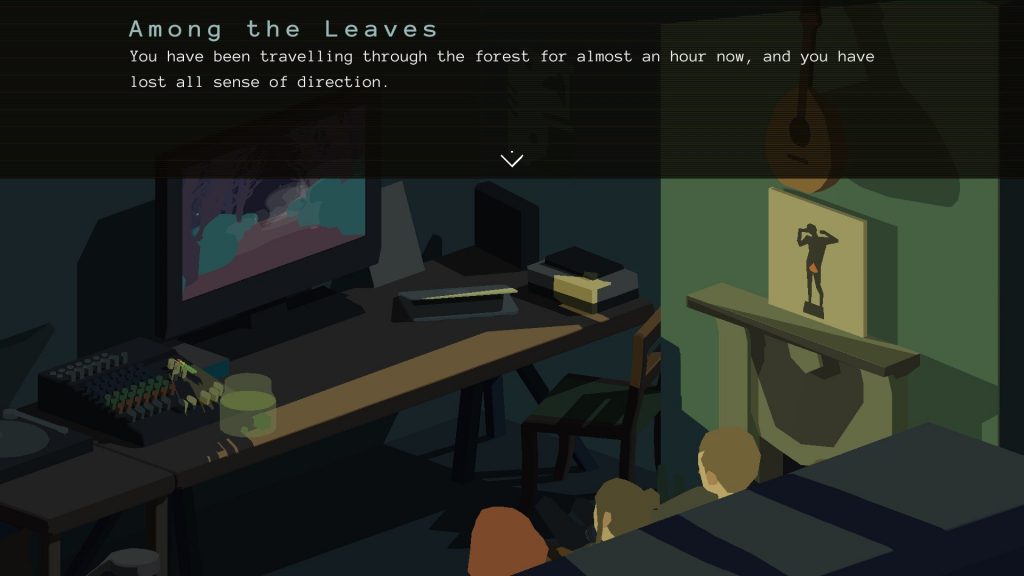 Hana: We really just wanted to convey that feeling of playing video games with your friends and shouting “do this! Do that!” at the screen at whatnot. We also wanted to communicate how difficult it is to find a reasonable living space in the UK (London especially), even if the location isn’t exactly specified in the meta-game. Some of us actually have to resort to living in houses and flats that don’t really operate as proper accommodation, like how Sofi ends up living in a small room in a church depending on dialogue choices.

Cel: House/flat hunting is an absolute nightmare in London, especially if you’re a student. Among the Leaves (the meta-game) also reflects what Bo talks about after waking up. They feel lost and unsure what paths to follow. I think taking these steps into adulthood is incredibly disorienting, for some their paths are a bit clearer, but for me I had no idea where I’d end up.

What inspired you to make No Longer Home start on such a low note that people normally dread and end on a slightly higher one? 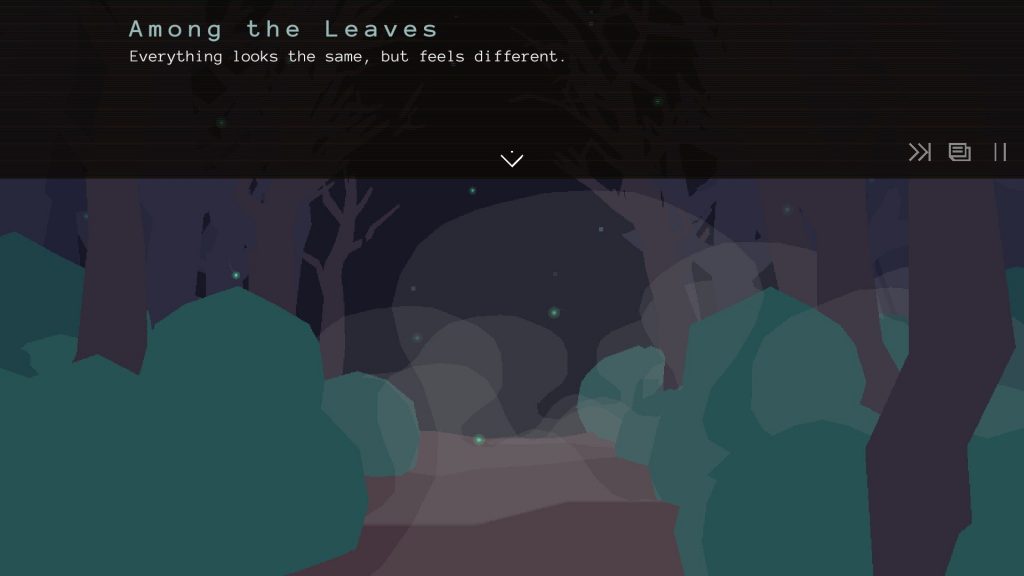 Hana: I think the whole notion of “graduating and not knowing what to do next” is an intense emotion that most people who went to university go through, so naturally the start of the game is full of dread and frustration. Neither of us are huge fans of happy endings where everything goes a-okay so while we could have given Ao and Bo a satisfying conclusion, we were more keen on giving them a small sense of resolve. I feel like the game’s ending is way more hopeful than what we experienced in real life.

Cel: I think No Longer Home’s ending is perhaps the hope we could have used when we were at that point in time. A central theme to the game is growth; Bo and Ao grow from incredibly self-pitying (understandably so) people to something more hopeful. Obviously this doesn’t improve their material conditions, but it lets them move on in a way.

As for why we chose to make a game about one of the saddest points in our lives, I do think we’re just a bit drawn to making art about struggle. It’s been an incredibly impactful moment in our lives, I think we needed somewhere to put all of the feelings we had.

I’ve seen No Longer Home praised very highly (The New Yorker considers No Longer Home an honorable mention for the best games of 2021, for example). How does that make you two feel? 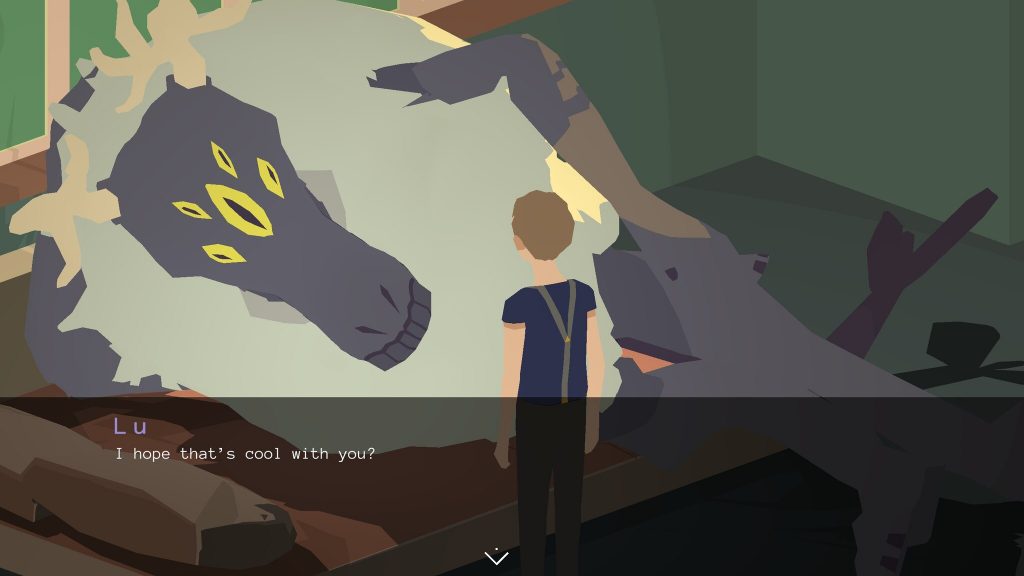 Hana: Extremely humbled but strange, quite honestly! We’re here talking about a personal experience that’s very specific to us and making people put themselves in our shoes. I’m really glad that people saw themselves in the game though – while it’s sad that this many people had similar experiences, it’s cool to have people talk about how the game helped them.

Cel: Though it is strange to share something so personal with so many people and see others really identify with it. I think even if you weren’t in our exact situation there’s plenty to relate to if you’ve struggled with university. It’s been lovely to see praise of our fairly quiet little game.

Have you visited each other since parting ways after uni? 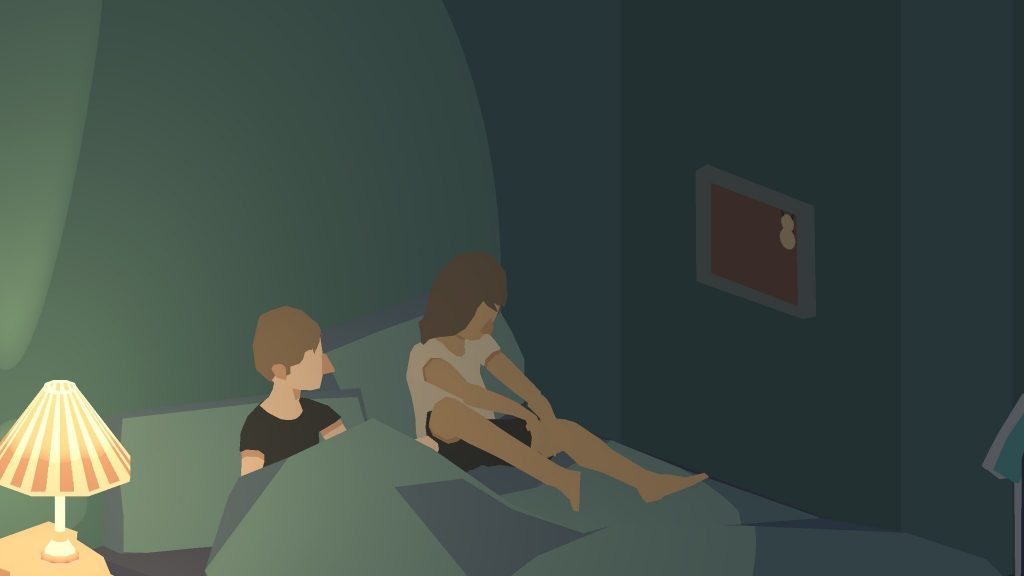 Hana: Several times, yes! We’ve not been able to see each other for quite a while now though — Covid’s not been treating us very well.

Cel: Yes, I’ve visited Japan twice… Not as much as I’d like. The pandemic has meant we’ve been apart for the longest time we ever have. It’s made starting new projects quite difficult.

What was development like being in separate countries? What were some of the challenges? 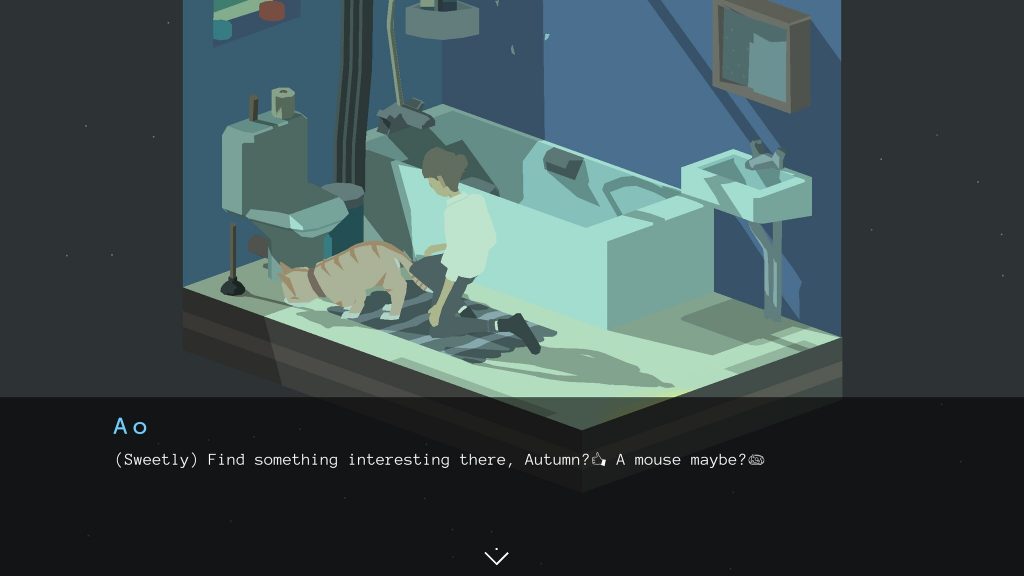 Hana: I think the biggest challenge is not being able to work in the same space and give each other immediate feedback. The time difference between Japan and the UK is 8-9 hours, so chances are one of us is asleep while the other posts something on Slack.

Cel: Hana and I are incredibly good at bouncing off each other, but it’s difficult to keep that kind of energy going online. That can make things quite challenging creatively. We have to put more effort into keeping things up. Sometimes I forget I’ve had an idea in my head for ages and haven’t talked to Hana about it, because if we were together we’d just be talking about all that stuff all the time. 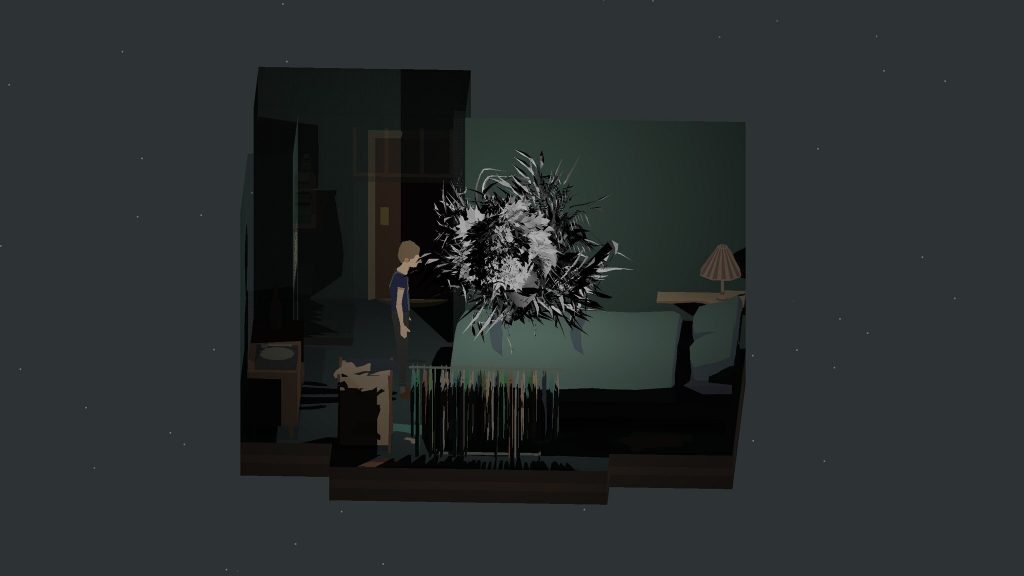 Hana: I’m not sure if this counts as funny or interesting, but I had a lot of rough times during the first year or so of development because the experience of graduating and leaving the UK was still very raw in my mind. We’d be on a call talking about how to flesh out dialogue, and a minute later I’d be crying. Time does heal things I suppose!

Cel: I often think about being on The Guardian’s list of most anticipated games for 2016. We were only 5 years late…

What was the most memorable bug? How did you resolve it? 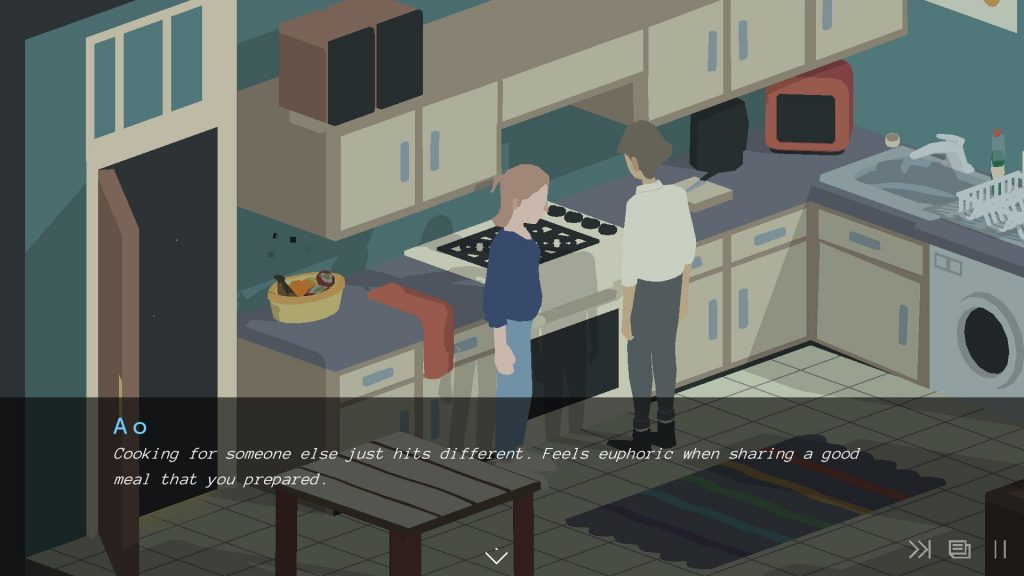 Hana: There was one bug where Ao’s toes kept sinking into the kitchen floor for reasons completely unknown. We found a very roundabout way to fix it but I don’t think 100% works…it’s very hard to notice though so as long as no one points it out it’s fine.

Cel: I think I ended up compensating by just bending their toes back up the other way. Very early on in production I was doing all the coding for the game and I can’t code. Early attempts at making the camera rotate sent it spinning madly across the scene. 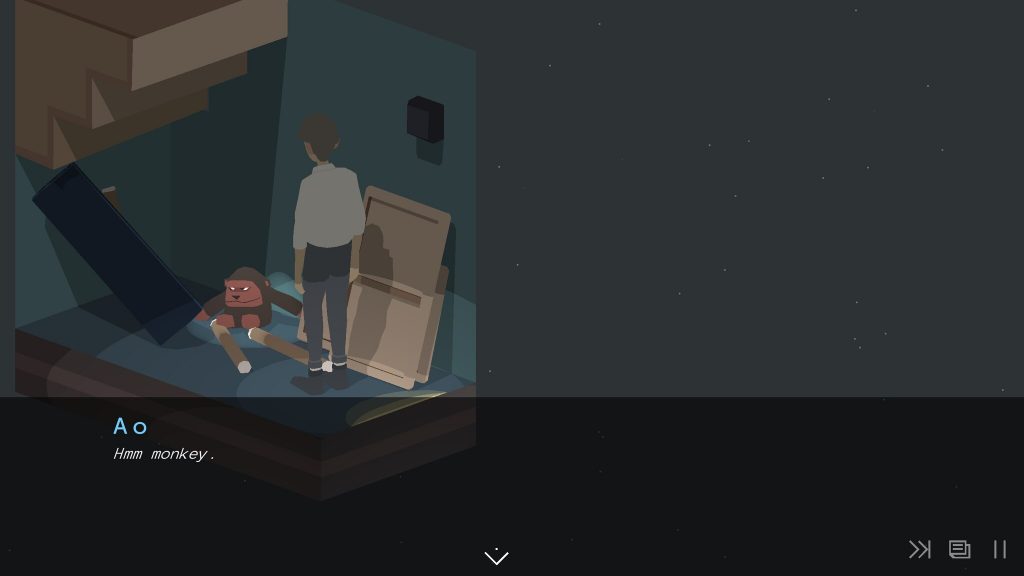 Hana: We’re currently in talks about our next game, and it’s still very vague but I think it’ll be an interesting one that’s tonally way different from No Longer Home!

Despite the specifics of their next game not totally set in stone yet, we’re happy to hear that we’ll be seeing Hana and Cel again soon!