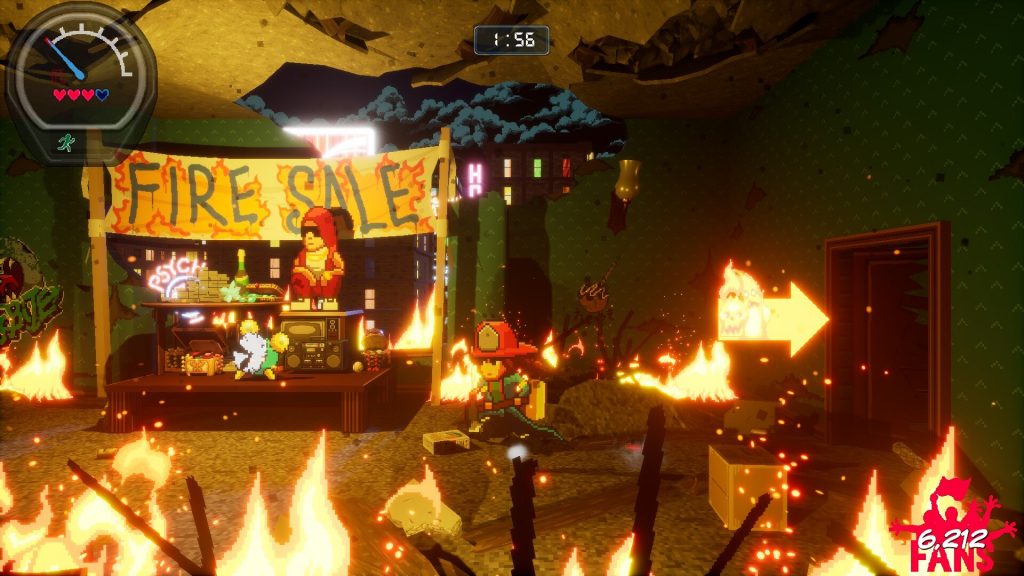 Help! Help! A building is burning down and there are civilians trapped inside! There are flames licking at the heels of anyone who dares enter, and fire monsters attack those trying to find their way through the blaze! With licked doors, cavernous layouts, broken staircases, and holes where the ceiling should be, is there anyone who could actually swoop in and save the day? Surely, none other than Firegirl will be able to put out the fires and guide civilians to safety! 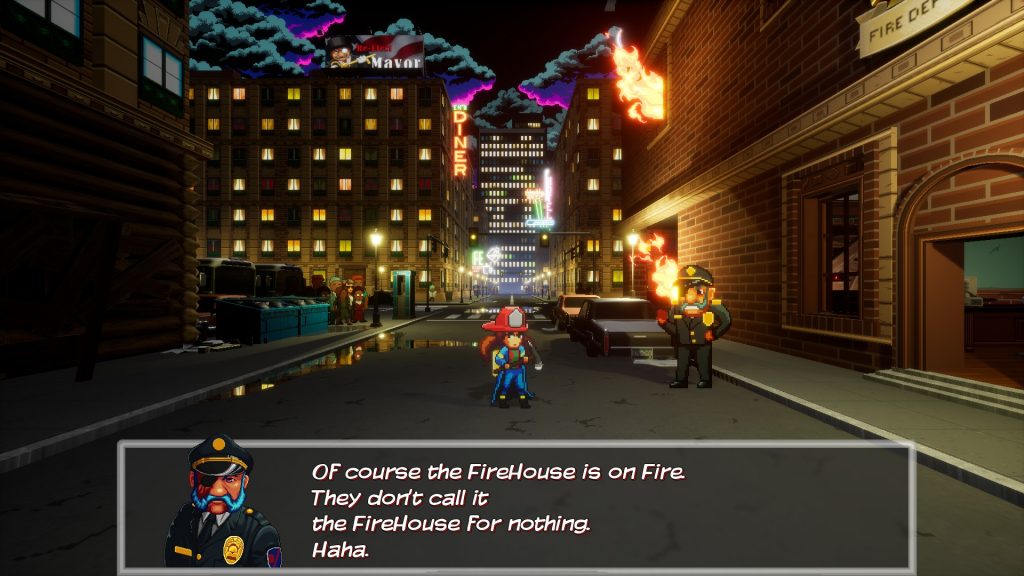 Firegirl: Hack ‘n Splash Rescue has players taking on the role of the titular Firegirl, a fresh face on the firefighting force with a fittingly fierce will and a surprisingly familiar name. You see, her father was also a firefighter, his career cut tragically short on the job one fateful day years prior. Bound and determined to follow in her father’s footsteps, Firegirl joins the same squad that her father once had all those years ago, his talent, skills, and fiery passion for saving civilians from a burning building living on in Firegirl.

When it comes to gameplay, Firegirl: Hack ‘n Splash Rescue’s concept is the exact kind of firefighting game I’ve been looking for. Players start off by rushing to a procedurally generated burning building with a timer and a randomly determined amount of obstacles to overcome and civilians to rescue. Firegirl can either use her axe to hack away at locked doors and smoldering debris or unleash her portable hose to water down deadly fire. She can even use her hose to catapult herself over blockages and scale storeys, but be careful — water is a precious resource, and must be treated as such lest her hose run dry. Can you help Firegirl fend off the flames and get civilians — and herself — to safety before the timer runs out? 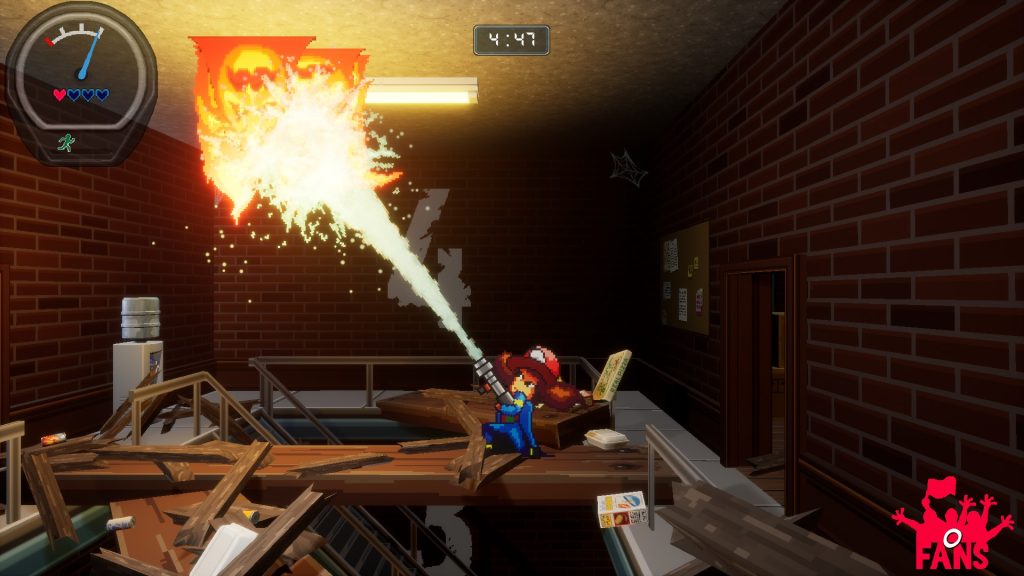 Where its concept is strong, Firegirl: Hack ‘n Splash Rescue’s execution leaves something to be desired. For one, there is something really awkward about platforming using these controls. Firegirl is a bit sluggish, especially when hacking away with her axe, and her hose jumping far too clunky for an environment that demands precision. So you could hack away at a door with your axe and it breaks almost immediately, but Firegirl is still stuck in this drawn out swinging animation; normally this wouldn’t be an issue, but the swiftly advancing flames wait for no firegirl, and any wasted second could mean a fiery death. As for the hose jumping, it’s really hard to get the hang of when the areas you’re trying to land on are basically thin slivers of broken floor or crumbled stairways with LITERAL FIRE being a few pixels away.

Additionally, these procedurally generated buildings don’t act like normal buildings, so finding an exit after dousing flames and saving people is wildly counterintuitive. You cannot go back the way you came because a wall of impenetrable fire is now blocking your exit, so you often have to explore new avenues for escape, which wastes precious time and water. For some reason, exits are often at the end of a windy and complicated path which — you guessed it — requires precision platforming and plenty of water. I know roguelikes expect you to die a lot upfront before you get the swing of things, but deaths in Firegirl: Hack ‘n Splash Rescue are less because you’re still learning the ropes and more because an architect from hell designed this apartment complex. At least you still earn $1,000 every time a mission ends, which you can use to upgrade your hose and fry, fry again.

Editor’s note: This review is based on a retail copy of Firegirl: Hack ‘n Splash Rescue provided by the developer.