Blacktail Wants You To Embrace Your Dark Side

Must Be The Season Of The Witch

Blacktail is a horror survival game rooted in Slavic folklore and tells the origin of Baba Yaga as you guide her on a path to becoming the guardian of the forest, or the fearsome witch of the East. The story of Blacktail follows 16-year-old Yaga, who has been cast out of her village following accusations of witchcraft. In order to return, she takes it upon herself to find her missing sister. Along the way, Yaga encounters creatures and characters of Slavic myth, all the while being guided by a mysterious voice in her head. I was able to spend about 90 minutes with Blacktail playing its opening chapter in its current alpha state, and to say I was impressed would be an understatement. I think there’s something truly special on the horizon. 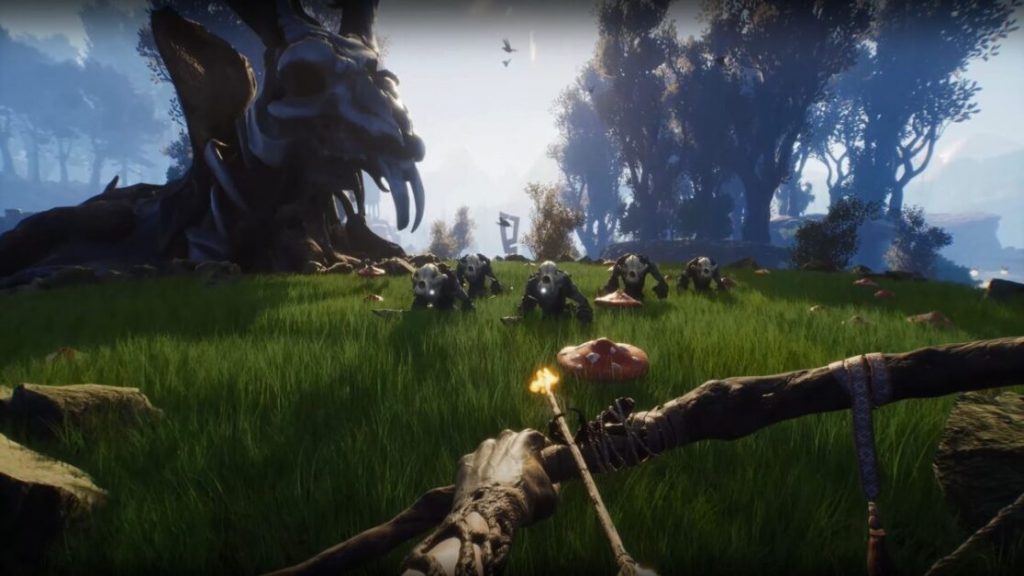 The demo opens with a brief tutorial that takes the form of a dream sequence and introduces you to the basic mechanics of the game. Blacktail has a heavy emphasis on exploration, hunting, and crafting with a world full of materials that you can put to good use. I’m a little apprehensive of survival games as I can find the genre a little daunting, however, I was pleasantly surprised with just how accessible Blacktail is to newcomers of the genre. I appreciated the simplified approach to crafting, which doesn’t break up the flow of gameplay. Crafting is done within your weapon wheel and can be completed in seconds, this is for materials that you find on the go and is mostly used for arrows, potions, and antidotes.

Yaga’s main weapon is her bow and arrow, which she can use to fire quick shots or charged-up power shots. Yaga is also able to dash through smaller enemies who often drop materials that can be used to upgrade her arrows and abilities. Over the course of the demo, Yaga is also able to unlock powers that allow her to clear barriers and literally obliterate small waves of enemies in her paths. As Yaga becomes more accustomed to her powers, there’s this sense that you have truly tapped into something dark and sinister as these powerful abilities tempt Yaga to follow a darker path, as well as the player. 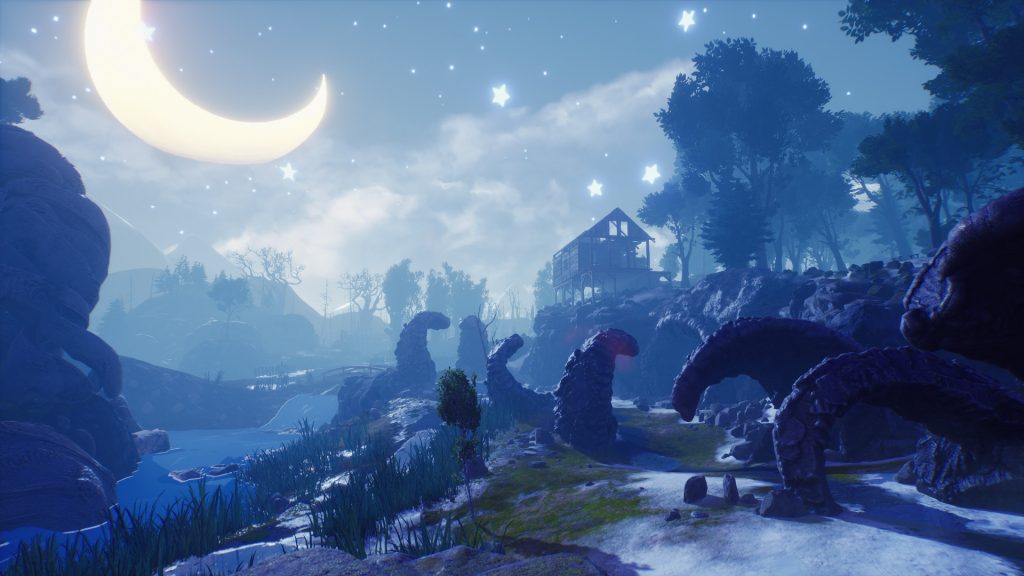 The gameplay is tied heavily to Blacktail’s four-stage morality system, the alpha doesn’t offer a chance to have a real deep dive, but the short time I spent with the game gives a pretty solid indication as to how it will play out. If Yaga performs evil actions, then she’ll become more proficient at combat and gain more powerful abilities, while more heroic actions make crafting and survival more manageable. These actions can be as simple as shooting down an apple for a hungry hedgehog, freeing animals from captivity, or killing them for materials.

Along the way, Yaga is tormented by an eerie voice in her head encouraging her to commit evil acts, there’s no indication as to who this could be as of yet, but I’m extremely intrigued to see how this storyline and dynamic plays out. Rather cleverly, this ties into Baba Yaga’s actual depiction in Slavic legend. Baba Yaga can be seen as a villainous figure that haunts children, but she can also be depicted as a more benevolent figure, or at the very least morally ambiguous. I got the sense that the game is really giving the player the chance to craft their own story for whatever depiction of Baba Yaga resonates with them the most. 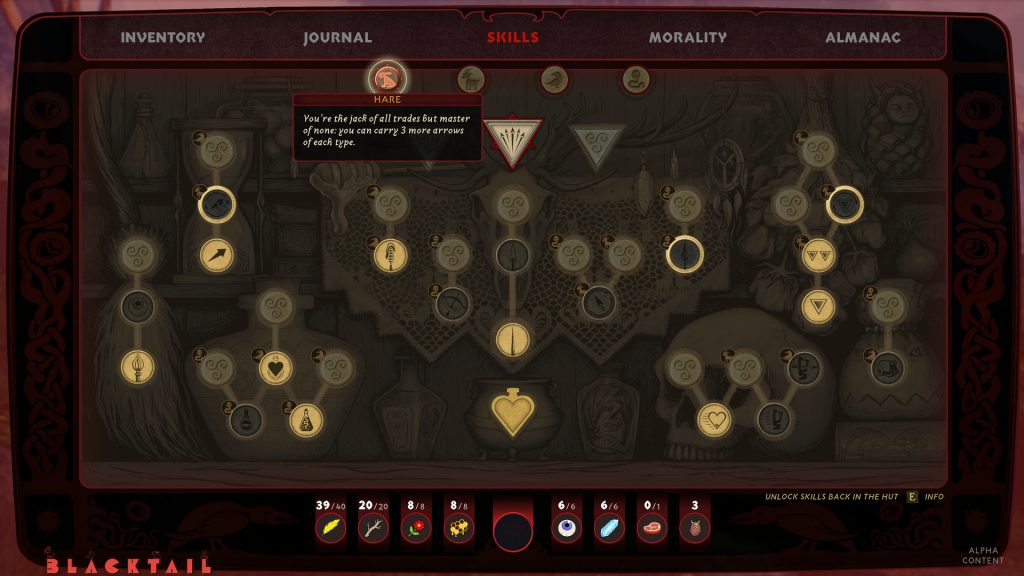 Yaga has a full skill tree that can be used to upgrade her arrows, abilities, and spells through a witch’s cauldron in an otherworldly hut. I wasn’t able to access many of these abilities due to the short time, but gathering materials truly is the foundation of the game as you’ll need an abundance of them to unlock new skills. Abilities can only be unlocked via the cauldron, which means traveling back and forth to the hut, which I can see becoming tedious. It feels like a bit of a misstep that you can’t unlock abilities from the menu and one that I hope is resolved as the game is polished over the coming months. There are mysterious shadow cats that can quickly transport you to the hut and back again, but I feel that the game is in need of a proper fast-travel mechanic for different points on the map.

There’s also a significant difficulty spike towards the end of the demo as Yaga confronts the game’s first boss, the cursed mushroom, Rebel. As Yaga explores the forest and searches for her sister, she comes into contact with two groups of talking mushrooms who are at odds with each other. In order to cross a destroyed bridge, Yaga allies herself with one of the factions, which leads into the demo’s climactic boss fight. 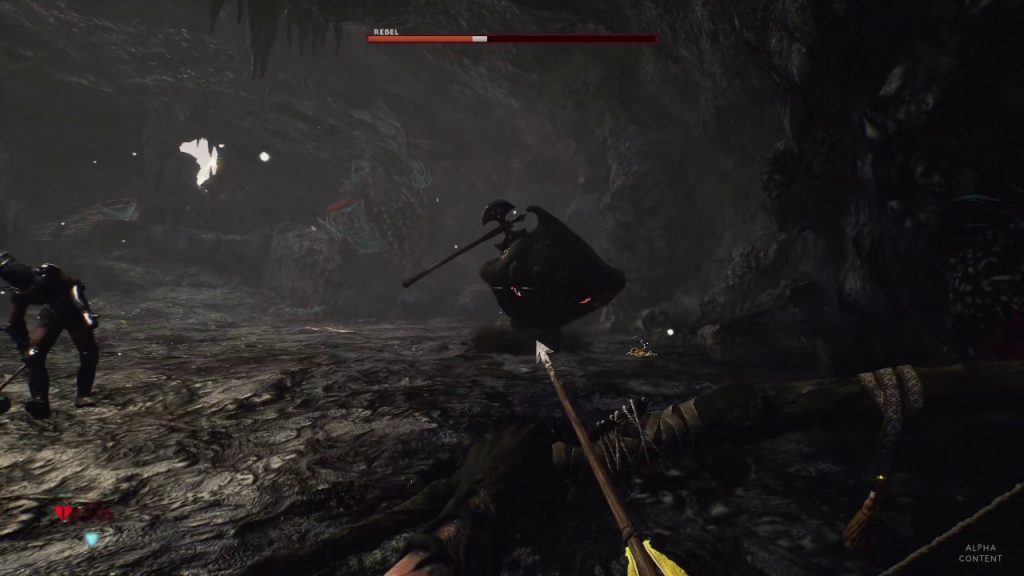 Up until this point, I had found Blacktail to be a breeze to play through, but the difficulty in the boss fight really is a night and day difference. Developers The Parasight have previously stated that they’re going for an “easy to play, hard to master” gameplay style, and the boss fight serves as a testament to this as your skills are put to the test. You can’t just shoot arrows till you win, rather this is when the survival element truly comes into play. I found it was essential that I had my arrows, materials, and potions fully stocked up to ensure that I was prepared for the fight ahead. Strategy also plays a key part in boss fights, as once you figure out attack patterns, you can exploit them to do some damage. It’ll probably take a couple of times at least to figure it out. This boss fight was really hard, jeez.

That aside, Blacktail’s biggest strength and what has me most excited is its originality, story, and tone. Slavic folklore hasn’t really been explored in gaming up to this point. It really is a breath of excitement as it provides the opportunity to take a deep dive into unexplored lore, settings, and characters. Blacktail’s colorful and vibrant aesthetic is brilliantly juxtaposed with the eerie and foreboding tone and atmosphere that at times really got under my skin. I’m also already invested in the character of Yaga and excited to see where her story goes and uncover the mysteries surrounding her past and her ominous guide. This is all bolstered by the excellent dialogue, performances, and writing. 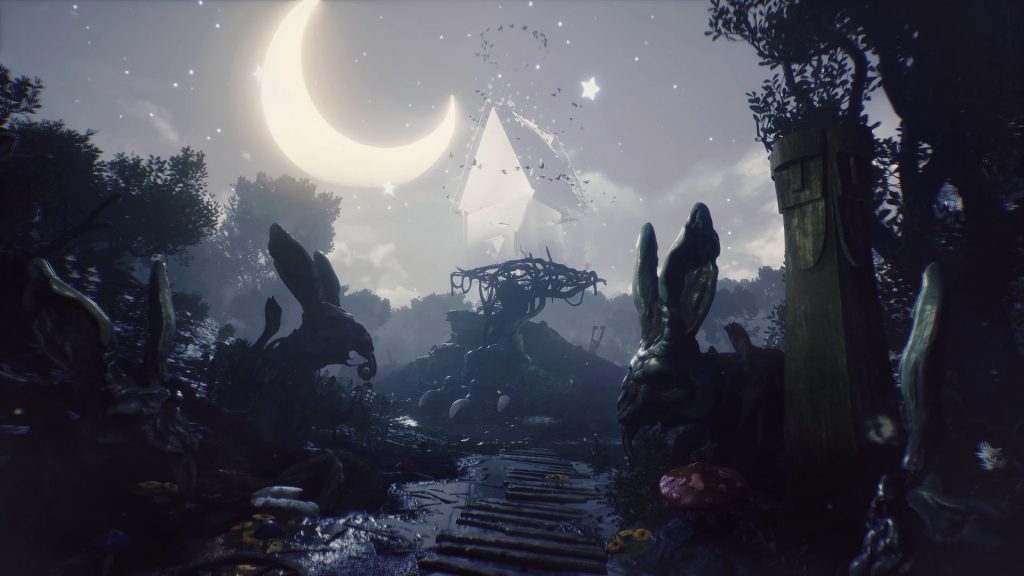 I think it’s fair to say that I really enjoyed the short time I got to spend with Blacktail, and I can’t wait to jump back in when the final product is released. The foundations of a truly great game are all present in this demo. If Parasight takes the time to build on what works here, then I truly believe that Blacktail could be a huge hit.