Yu-Gi-Oh! Master Duel Is Great for Fans Old and New

Yu-Gi-Oh! Master Duel Has the Heart of the Cards 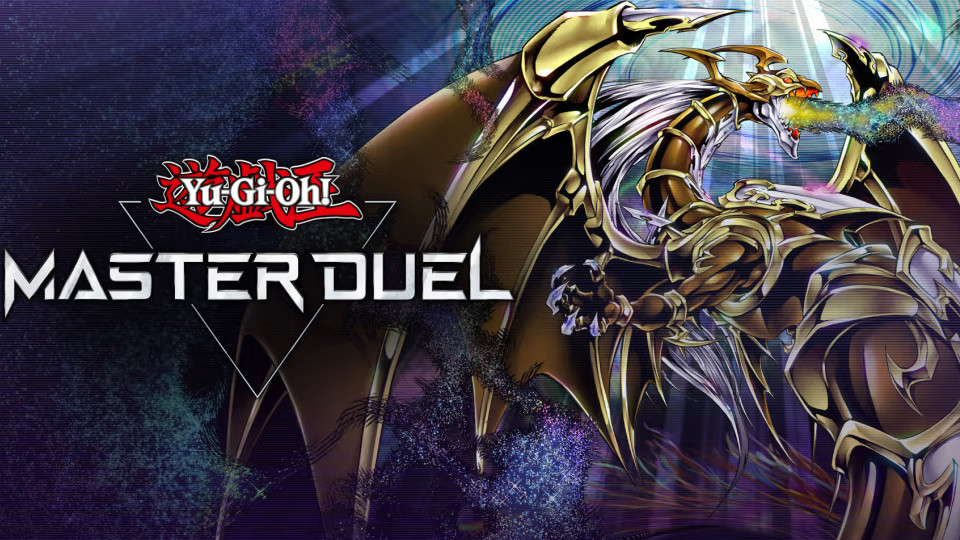 So when I’m not spending all my free time writing up video games, I play a lot of Yu-Gi-Oh! I’ve been a fan since it first came to the West two decades ago, and the game continues to evolve in fascinating new ways. But what any fan of the popular trading card game (TCG) will tell you is they just want one thing – a way to try out the most current cards without buying them first. And while the previously released Legacy of the Duelist: Link Evolution was a fantastic game, and one I spent way too much time playing, it also came out a couple years ago. Meaning that it’s far from up to date. But the digital wizards at Konami had another project secretly brewing – Yu-Gi-Oh! Master Duel. And though it’s not a perfect game, it does a lot right. 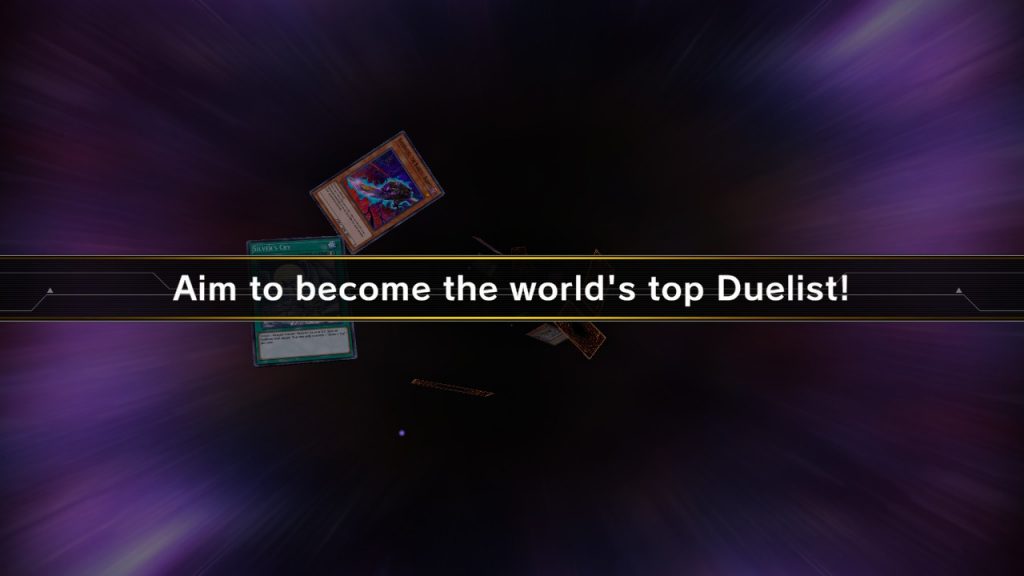 The first thing that shocked me about Master Duel was that it’s a free to play game. While it offers the option to make in-game purchases to speed things up, letting you buy packs with cash instead of just in-game Gems, that’s not strictly necessary. Honestly, the fact the game is free to download is impressive, especially considering the sheer amount of cards available. And though free to play does conjure some negative associations for many gamers, myself included, I can say that Master Duel does more right than wrong. One thing that’s really admirable is that it has a lot of extensive gameplay tutorials. They not only teach you the basics, such as Summoning monsters and activating Spells and Traps, but also give insight on how to play specific deck archetypes, such as Monarchs and Karakuri. Though far from every possible archetype is covered, there’s plenty here that are fun to play and fluent, if not altogether competitive. But that’s a topic for later. 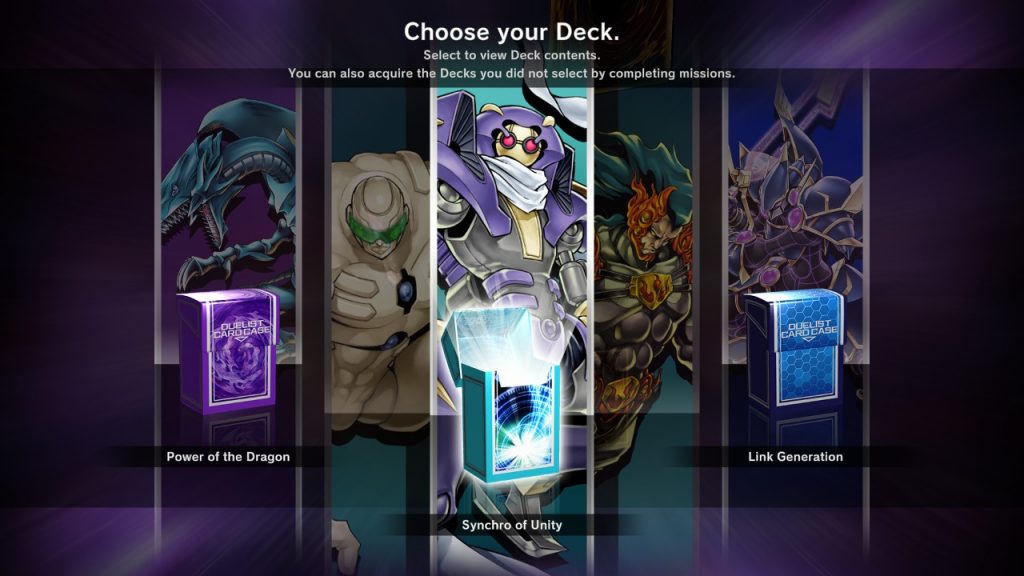 What matters most is that you could have avoided Yu-Gi-Oh! for years, and this will still catch you up pretty well. Once you get through the intro, you’ll have a choice of a starter deck, and from there it’s off to the races. The game offers daily missions, and fulfilling them gets you prizes, primarily Gems to use for buying more packs. Some of these missions are limited time, others are forever. Just keep in mind that the scope of the prizes winds down dramatically after the first couple of days. On the topic of packs, they’re split between normal and Secret varieties. The latter are unlocked randomly as you open up packs, and only stick around for a set amount of hours. 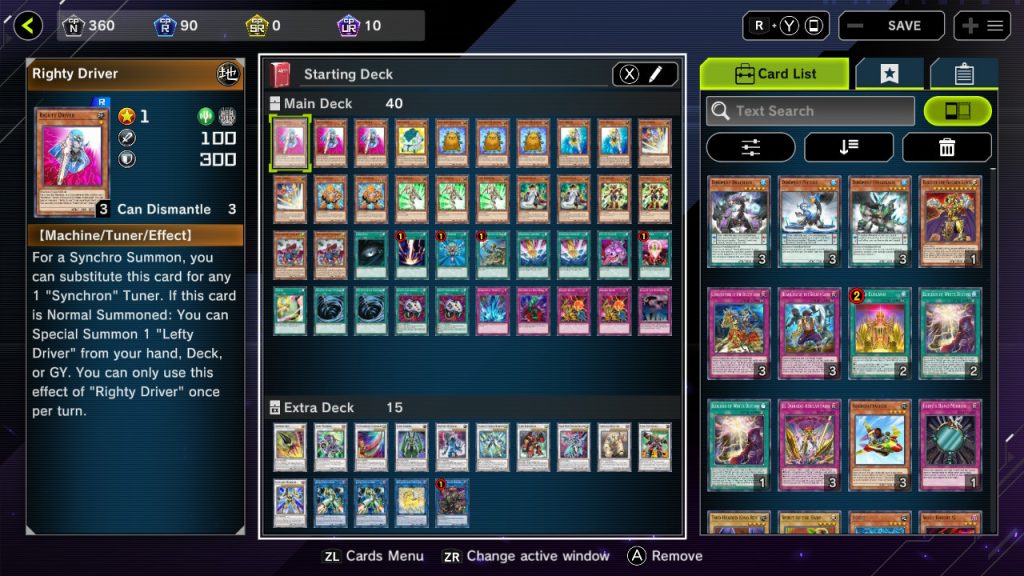 There’s also a handy system in the game that wasn’t properly explained – crafting and dismantling cards. You’re basically able to take spare copies of cards, or cards you don’t care about, and shred them for CP (Craft Points). 30 CP can be used to make ANY card in the game, so long as you have the requisite rarity of CP. There’s Normal (N), Rare (R), Super Rare (SR) and Ultra Rare (UR). As the names might suggest, each type of card rarity is increasingly more difficult to obtain. Meaning that you’ll have to choose wisely when deciding whether or not to dismantle SR and UR cards, but can be more willfully destructive with other rarities. 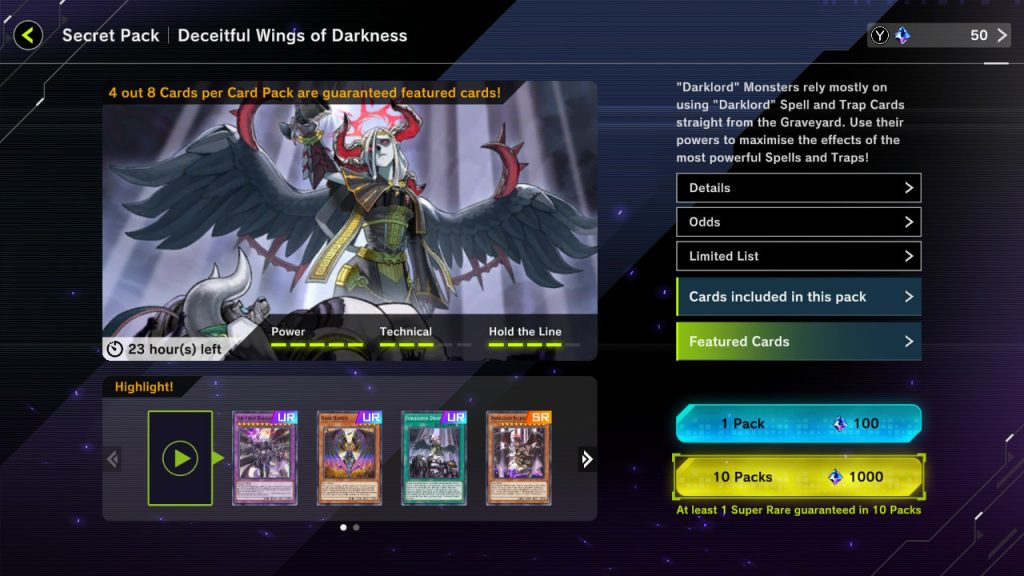 Once I finally understood the above system (especially the fact you can only craft / dismantle from the Deck Edit menu) I really was able to start making a powerful deck. Because while all the starter decks you can pick from, including those you can unlock later, are fine, they’re also a bit basic. The fact you can essentially build some of the most powerful decks in the game out of the gate is both awesome and horrifying. Because as much as I enjoy Yu-Gi-Oh!, the meta scene, comprised of the most ruthless decks, are not fun to play against. Which brings me to a contentious issue in Master Duel – online play. 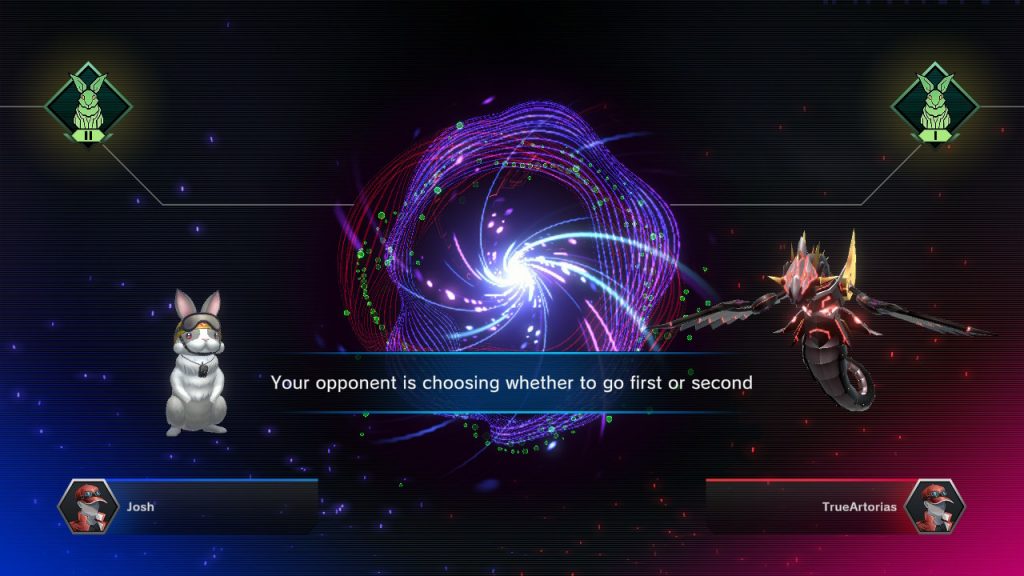 One of the things I adore about Yu-Gi-Oh! is trying out crazy new decks and finding ways to make them work better. The problem is that my personal ethos of building decks for fun isn’t a trend that’s very popular in the meta scene. By contrast, most meta decks have one goal – build an epic board of monsters, spells and traps which totally lock your opponent out of doing anything. Thus, your victory is guaranteed. And though I’m oversimplifying a bit, it’s still true that playing against one of these decks is about as fun as running headfirst into a concrete wall. 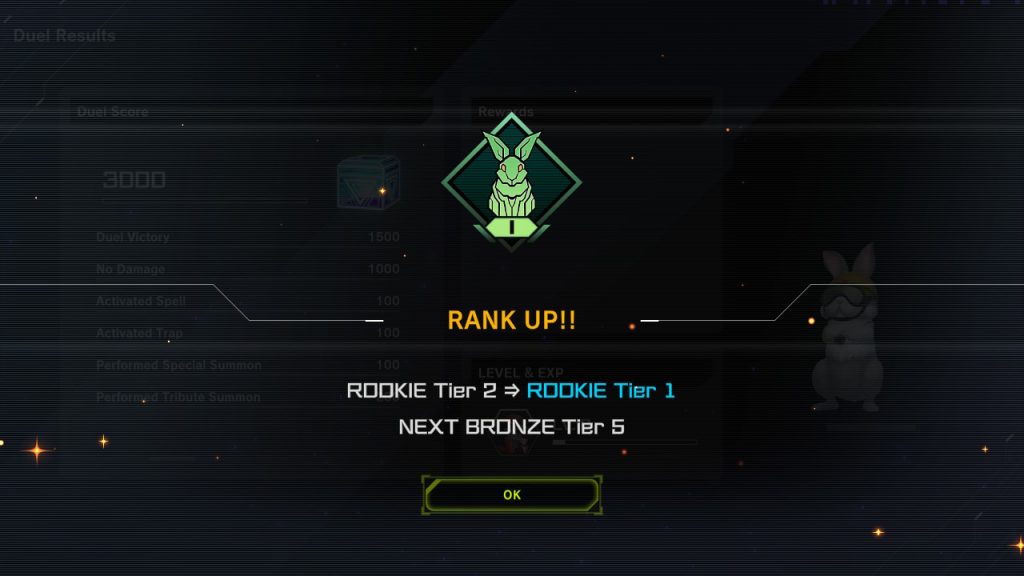 I’m all for challenging decks, but the point of any card game should be, you know, actually PLAYING it with someone else. And though the first few days of online play in ranked were fun, that quickly changed. Now, even on lower ranked battles, I found myself facing against god awful decks that destroyed anything that wasn’t sufficiently overpowered. Worse, you only earn Gems and other rewards when you win said battles. Otherwise you get absolutely nothing, other than leveling up a smidgen. 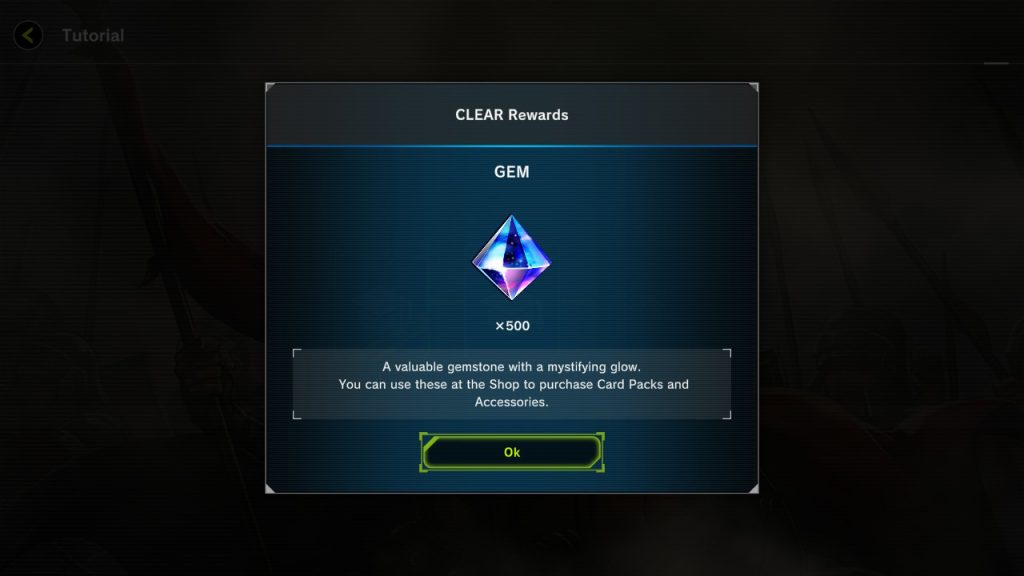 Which brings me to what needs work in Master Duel. It gets increasingly more difficult to acquire gems in-game. Now while it’s true the game is still changing and they’ll be adding features later on, I think something that needs to be fixed ASAP is increasing how many Gems you earn, both for winning and losing battles. Also, though there’s a robust Solo campaign that can earn you some rewards, those are all one-time. So I’d be happy if Konami added another Solo mode that lets you compete against AI opponents more than once to earn Gems, much like there is in Link Evolution. 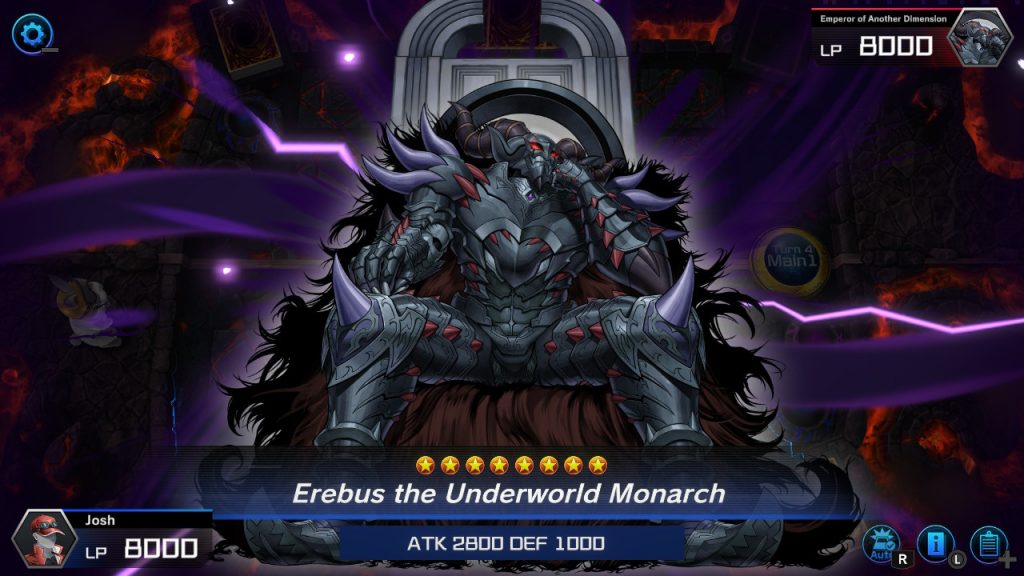 Oh and while we’re on the topic of things that need work, here’s some other issues. For whatever reason, Master Duel goes off the ban list that exists in Japan instead of the one for the US. And while that may not sound like a big deal, there’s some pretty stark differences between the two. At the very least the game needs to offer an option to choose which region’s ban list you’re playing with. And though this is more minor, it’s a little annoying that you have to have a connection to the internet just to play Master Duel. I mean, it makes sense, but the game has had issues connecting to the servers more than once. And that’s off a steady internet connection. Lastly, I think it would behoove the game to make it easier to matchmake in casual duels, since it’s very adept at doing it for ranked. With those minor complaints out of the way, here’s some big reasons to download Master Duel ASAP. 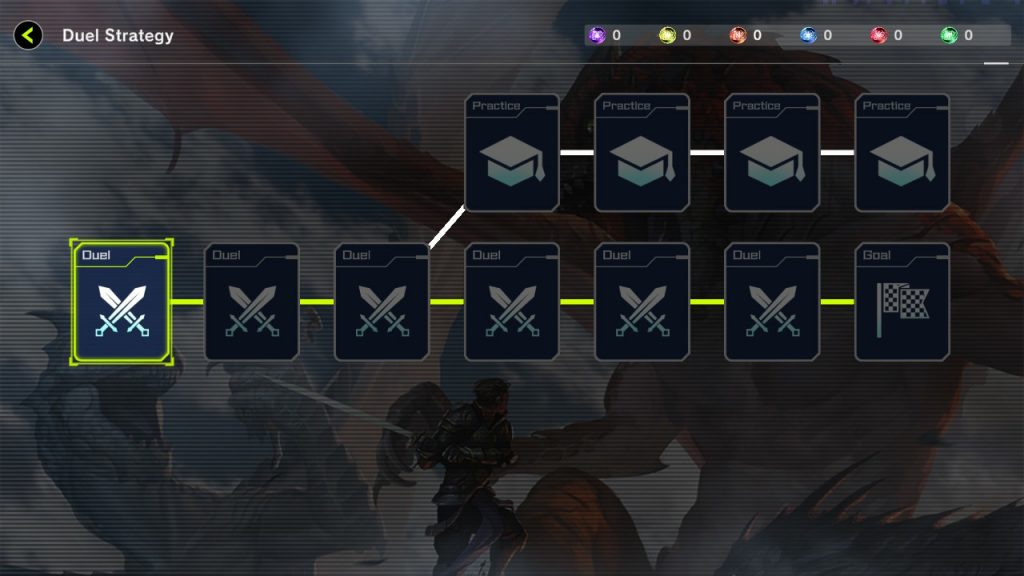 The Solo campaign in Master Duel is fantastic. It’s comprised of more than a dozen chapters that each focus on a different archetype. By competing missions in Solo, you’ll unlock elemental Orbs which are used to unlock later chapters. You’ll also get structure decks and a few measly Gems for maxing out and fully completing any of them. Not only that, but each chapter touches on the lore behind the cards, providing some great insights to the texture of the game. It almost gets to Shin Megami Tensei levels of world building, though admittedly without the depth that series is known for. As you work through each chapter, you’ll get instructions on how to play unique decks, and can even use creative loaner decks to battle. I really loved how imaginative some of these were. 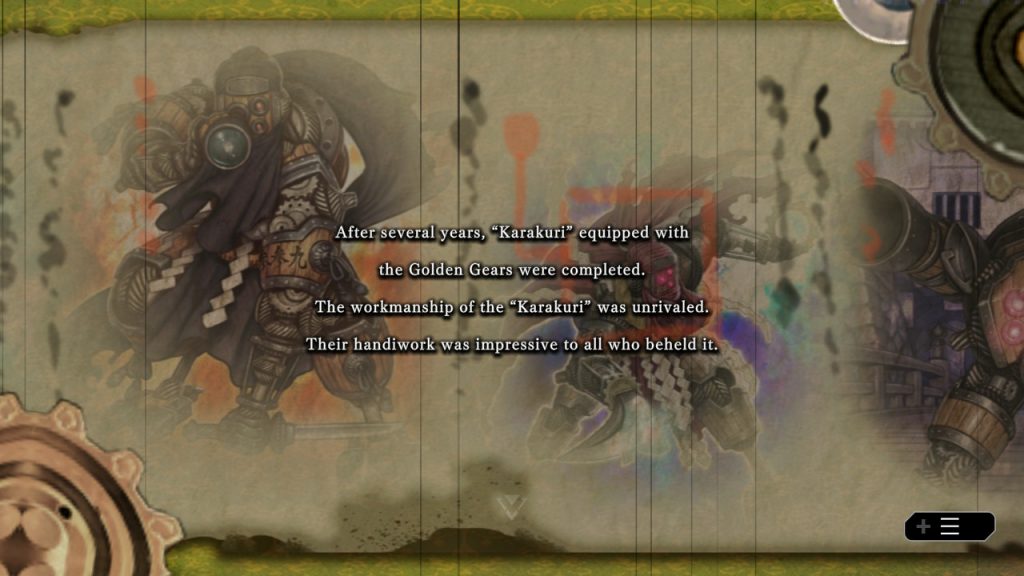 Master Duel is also easily the most attractive Yu-Gi-Oh! game ever. Animations will have monsters pop out as they’re summoned, and each type of Extra Deck monster you summon has a unique animation. It’s even fun at first watching packs open up. Better yet, the game boards you play on are varied, and you can unlock more of them to use in your own personal duels. You’ll get all sorts of other customizable loot too, such as Icons, little duel buddies, deck sleeves and more. And if you don’t mind a little shaking and quaking, the game makes good use of the rumble to help duels come to life. 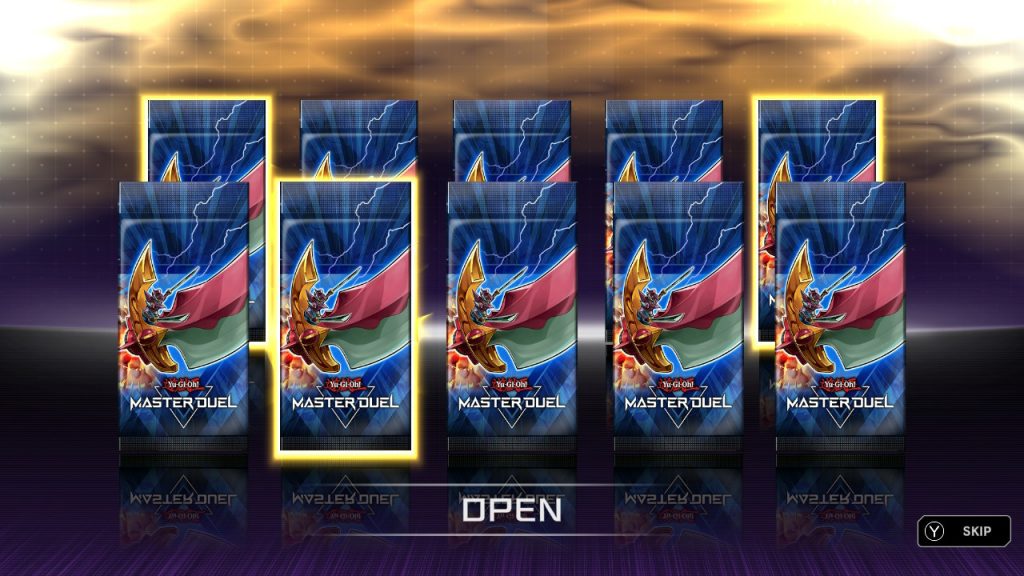 Like I said at the beginning, Master Duel isn’t perfect. But considering it came out about a week ago, there’s still plenty of time for Konami to make changes and improve it. Hell, they’ve done several patches as of this writing, so I’m confident that will happen. So if you’re at all a fan of the series and want to see how the game has evolved, I’d definitely check it out. 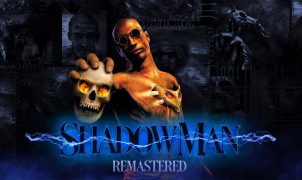