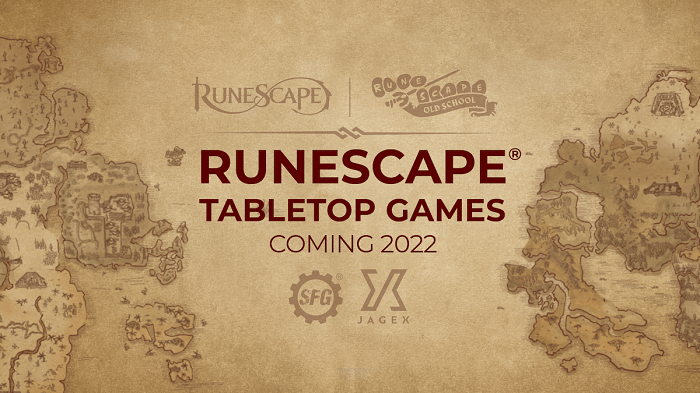 The fine folks at Steamforged Games have been hard at work turning some of our favorite games like Dark Souls and Devil May Cry into well-designed and thoroughly thought-out board game versions. However, Today they’re taking on a massive project for one massively multiplayer online RPG named Runescape. We’ll be seeing not just a traditional board game version, but also a tabletop RPG core book as well!

“The games will draw on adventures, characters, and locations from across RuneScape’s rich 21-year long history, with the board game taking between one to five players on quest-based campaigns through Gielinor. They will craft and upgrade equipment, upskill their characters, cook special recipes, engage with NPCs, and test their skills while exploring different regions of the world, with a variety of enticing side quests to distract and entertain them on the way.

The TTRPG will consist of a lavishly illustrated, hardback core book containing rules for players to run a RuneScape tabletop roleplaying game, in which they can build their own characters, explore Gielinor, and create unique and exciting quests. The TTRPG core book is also fully compatible with the fifth edition ruleset of the world’s favourite roleplaying tabletop game.”

We’ll be seeing both of these games come in 2022, with the board game version set to launch on Kickstart and the TTRPG heading straight to stores. You can read the full article from Steamforged Games here. Are you excited to venture into a tabletop Gielinor? Let us know in the comments below! Stay tuned for more Runescape news here on the site.