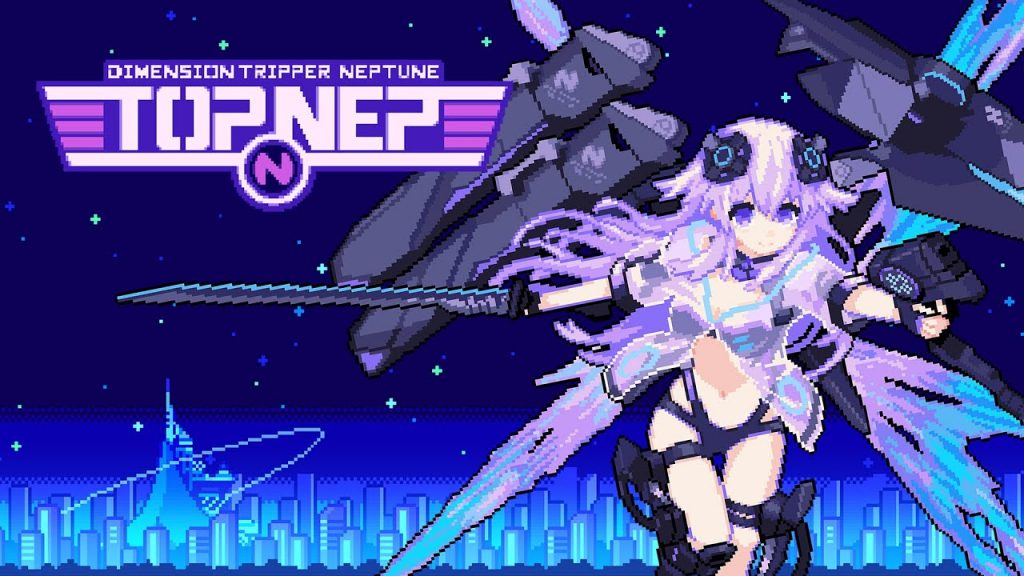 If you’re a fan of the Neptunia series, the chances are pretty good that the phrase “Top Nep” means something to you. If not, that’s okay, too. I’m not going to get into its origins or anything, but, basically, it’s a meme. And it doesn’t have much meaning outside of giving people an excuse to post pictures of Neptune (and sometimes other characters as well) in a big, goofy hat with the words “TOP NEP” emblazed on it. At least that was the case until yesterday, thanks to the release of Dimension Tripper Neptune: Top Nep.

I’m not sure how to explain DTN: Top Nep in any better way than by saying that someone, somewhere, said to themselves, “what if we made a Neptunia shitpost video game but actually put some effort into it instead of making it purposefully bad?” In many cases, that might not be a good thing. After all, making fun of your own product isn’t necessarily the wisest choice most of the time. However, Neptunia has always held within its very core the mindset that nothing is sacred—and that worked out very well for them with this game. 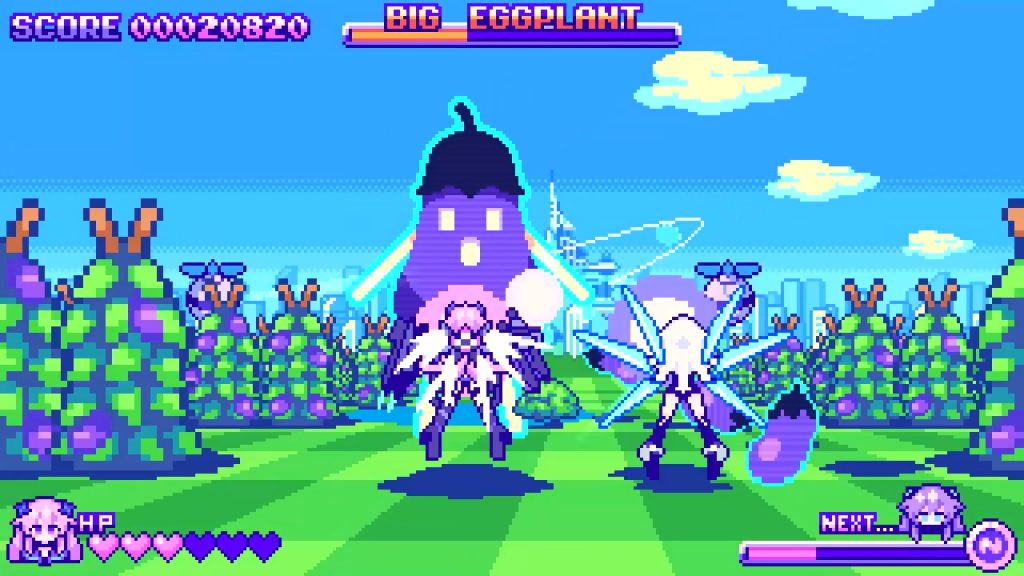 I’m sure that most of you are aware of what Space Harrier is. For those who don’t, however, allow me to fill you in. Space Harrier is an arcade game made by Sega that released back in 1985. While essentially just a simple rail shooter, Space Harrier was unique in that it employed a unique camera angle which essentially made it look like you were following right behind your character as they flew around on the screen. It made things a little tricky if you weren’t used to them, but, all-in-all, it was a good time. But why am I telling you about this, you might ask? Simple—because DTN: Top Nep is Space Harrier except with Neptunia characters. That’s, uh… that’s pretty much it.

So, like I’ve already said, DTN: Top Nep is very much a Space Harrier clone. Players will control Adult Nep through five distinct levels as they soar past, blast through, and slice up a bevy of familiar Neptunia enemies. While the game lacks a traditional power-up system, players can temporarily receive the aid of one of the CPU goddesses—which basically doubles your firepower—by collecting enough of the coins scattered throughout each level. Players also have health, meaning that they don’t have to worry about being a one-hit-wonder. 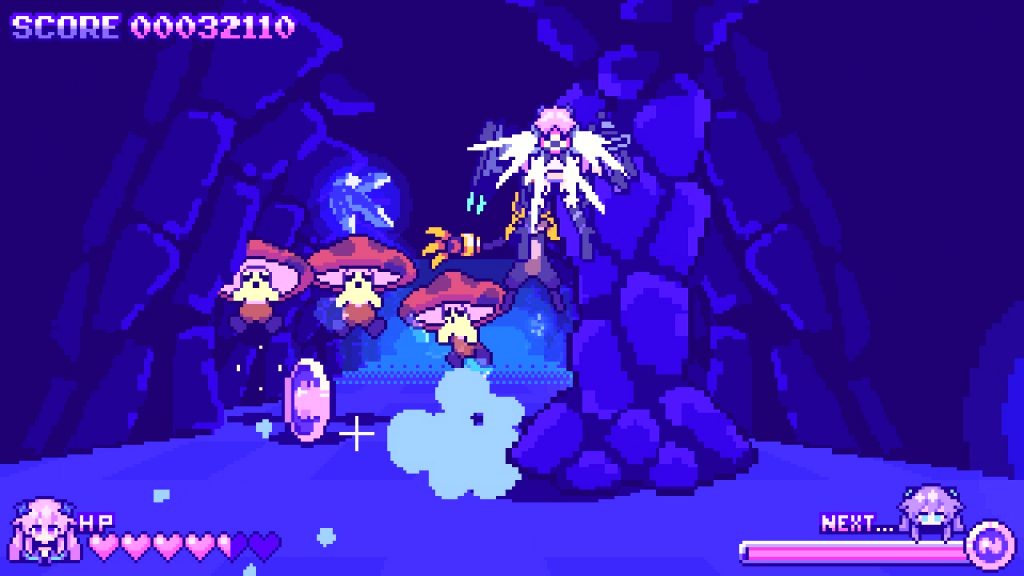 If you’re looking for something difficult, this game probably won’t be able to satisfy your thirst for danger. I was able to beat the entire game (which only takes about 15 – 20 minutes) in my first run through without dying, and I don’t even consider myself all that great at games like these. Fortunately, for those thrill-seekers out there, there is a Hard Mode available. The differences aren’t exactly abundant—with the most notable one being that you no longer recover all of your health in-between levels—but the game is genuinely fun, and I found myself quickly wanting to best my old high scores. 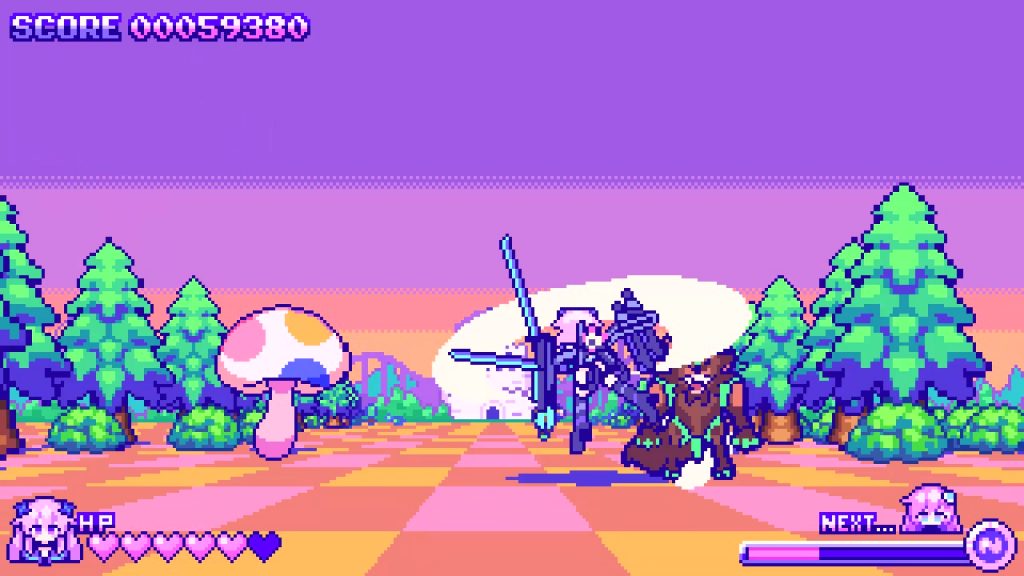 Swords may have poor reach, but they’re super-strong!

Fortunately, despite its many similarities to a decades-old Sega game, DTN: Top Nep still feels like its own thing. A lot of this is thanks to its design—flying around as Adult Neptune is an interesting experience (even if it doesn’t actually mean much), and the story’s art and sound design are really, really good. I mean, I didn’t know that I needed a chiptune version of “Will be Venus” in my life, but I’m sure glad that this game threw it at me. The game may be short, but it’s a delightful ride through and through.

Soaring With a Smile

There isn’t too much to say about Dimension Tripper Neptune: Top Nep outside of what I’ve already said. It’s a short, and incredibly stylish, arcade-style rail shooter that plays almost identically to Space Harrier. I do think, however, that this might be one of the few Neptunia titles which could bring in a larger crowd than normal. It may be entirely rooted in a very fanbase-centered meme, but it’s legitimately a fun and addictive little game—and one which deserves the attention of both arcade shooter fans and Neptunia fans!