Batwoman Season 3: Meet Your Maker Review: Lost in the Forest 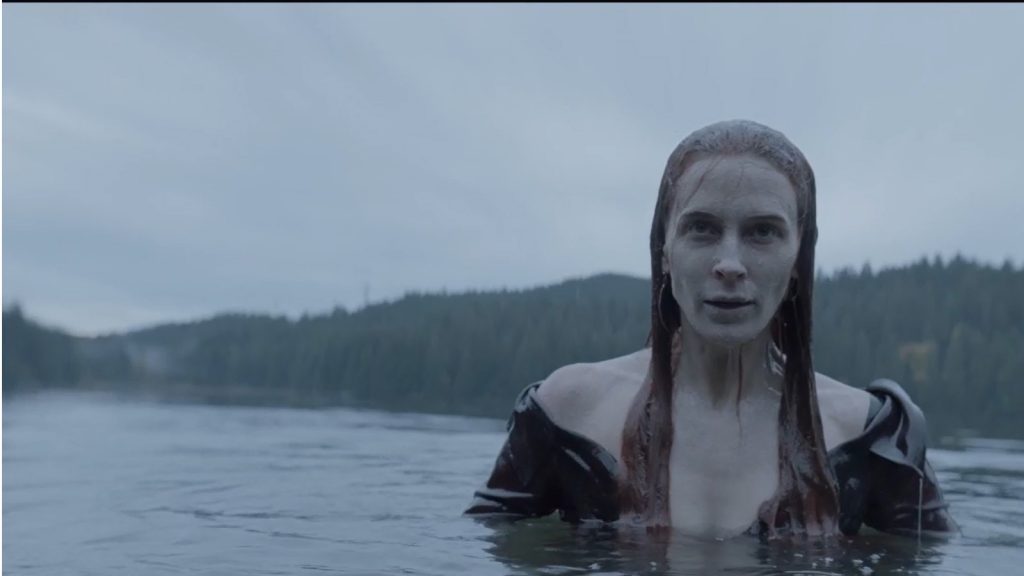 I really thought Meet Your Maker was going to be an epic episode. After all, they’ve been teasing Poison Ivy’s return for a while now, and she’s a pretty big Batman villain. And while it had some good moments, overall it was a bit of a mess. Mostly because the sheer number of unnecessary arcs and narrative jumps gave me whiplash. Thankfully, we no longer cover each episode beat by beat, so reading this will be less painful than watching the episode itself was. It’s primarily about the now free Poison Ivy trying to reclaim her full powers. There’s also side stories involving Jada Jett, Alice and Mary, Luke being downtrodden and tons of bickering between Ryan and Sophie. With that out of the way, let’s get started.

One thing I did appreciate about Meet Your Maker is how it brought back the horror elements used to good effect earlier in the season. We first see it when Ivy attacks some fishermen at a dock. They’re supposed to catch and release, but instead they start removing the guts from their catch. So Ivy’s vines drag them underwater, before she emerges from it like some waterlogged banshee. Despite all this, she’s still very depleted from being on ice for a decade. And for whatever reason, neither water nor sunlight is replenishing her like it should. On the plus side, she’s holed up at the national park, where she has eyes and ears everywhere, and can mercilessly kill with her strangling (and impaling) vines. 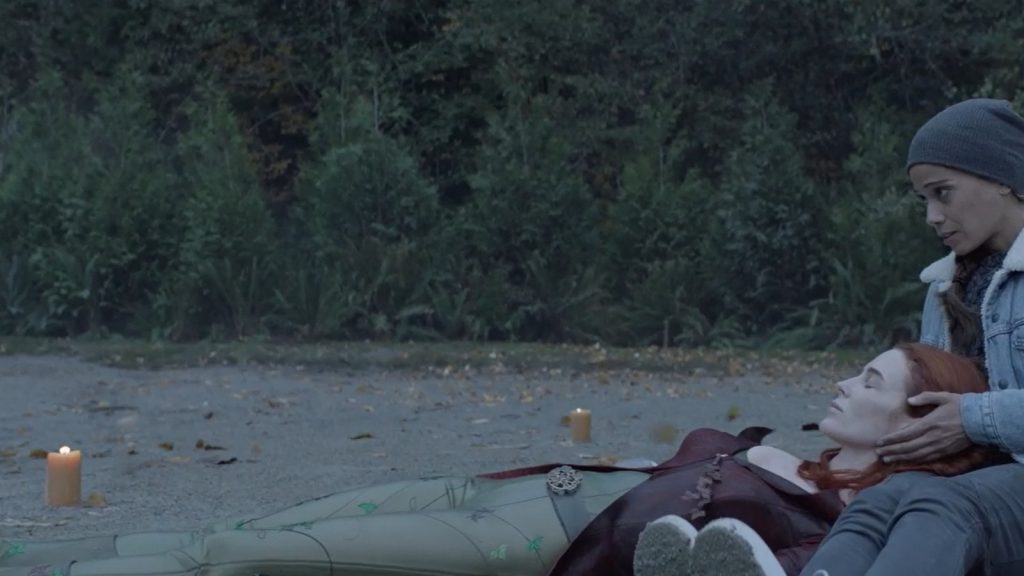 For whatever reason, Montoya is still hanging around Pamela, despite being horrified by her violent acts of eco terrorism. She even goes so far as to suggest a way that Ivy can communicate with fellow plants, which leads to her summoning Mary. It takes the entire episode for Mary to arrive, but you can bet that by next week we’ll be dealing with an entirely new Poison Ivy. Meanwhile, we discover that although Montoya has true feelings for her green girlfriend, she’s also been preparing herself in case Ivy went too far. She developed a tolerance to Ivy’s pheromonal mind control, and uses it to try and prevent Mary from reaching her. Unfortunately, a random father and son hunting duo take the dart out of Mary’s neck, leading to her accidentally killing the man in panic before she finds her way back to Ivy.

I Can’t Let You Hold Me Back Anymore 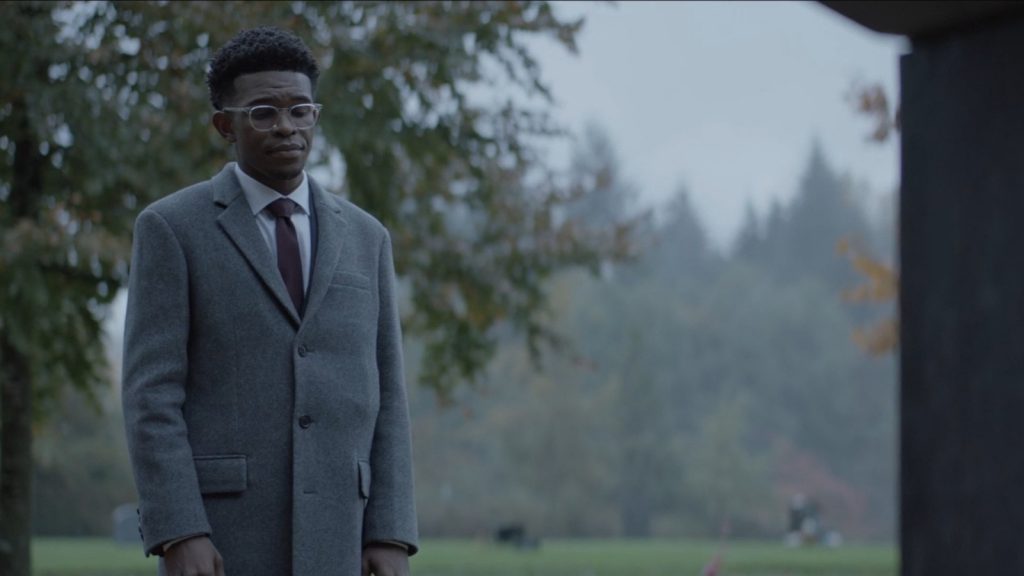 Meet Your Maker is also about a lot of drama. Luke is suddenly wracked with self confidence issues, which is surprising after assured he was last week. He’s fearful about Marquis Jett knowing his identity, and blames himself for everything that’s been happening to the Bat Team. While he does manage to put together a chemical dart to take Ivy down, it quickly gets taken from him once the team reaches the national park mid episode. Thankfully, he reaches some semblance of peace at the end of the episode, and tells his father’s headstone that he’s gonna be his own man.

But wait, there’s more drama. Ryan is sniping at Sophie the entire episode, blaming her for trusting in Montoya (not to mention sleeping with her). I will say, though Javicia Leslie is fantastic as Batwoman, her stink eye is unparalleled. And she makes Sophie suffer under its burning gaze for most of the episode. When Sophie finally calls her out on it, the two bicker before finally share a long delayed and passionate kiss. Which hopefully means the bitching and moaning will be a thing of the past. 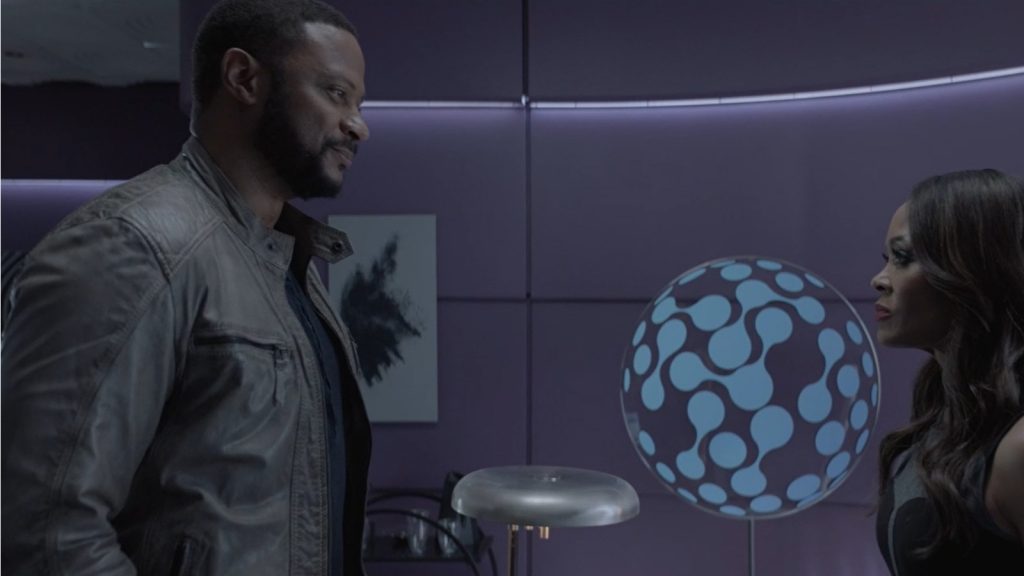 The oddest part of the episode was the John Diggle cameo. Don’t get me wrong, I love the actor, as he was one of my favorite characters in Arrow. But here, he just feels like a walking Deus Ex Machina. He arrives just in time to help Jada Jett search for a way to help Marquis. She offers him a job as head of security, and he turns it down. But Diggle still helps her, offering tons of info on where the Joker’s hand buzzer might be holed up. It’s clear the two used to have something going on, but as a happily married man, Diggle is just there as a friend and father.

Eventually Jada and him break into Montoya’s office and find the hand buzzer, which may mean that Marquis is close to being healed from his madness. Though a part of me thinks that’s too easy, and suspects something might go horribly wrong. Later Diggle meets up with Luke at his father’s grave. Apparently Dig found time to ask Luke to look into opening a transmatter cube, but Luke isn’t able. I suspect that this whole side story will be relevant later on, likely leading to the next big CW crossover event.

Do I Look Like the President of the Poison Ivy Fan Club? 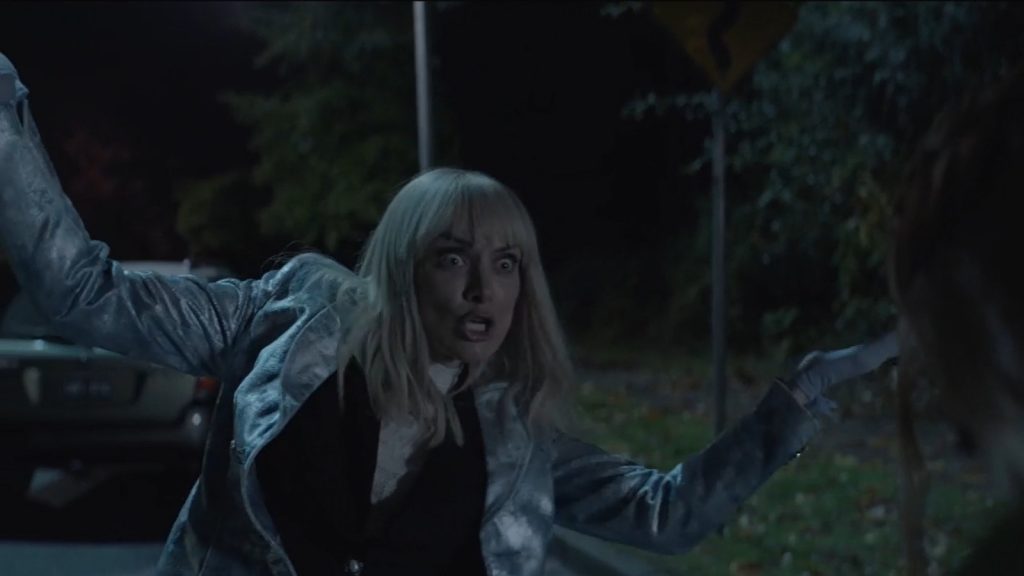 It wouldn’t be a proper Batwoman review without mentioning Alice. Her sisterly bonding time with Mary is going great, until Mary gets hit by the psychic summons from Ivy. Alice tries hard to help Mary resist, but eventually Mary can’t take the pain, and forces Alice to drive to the national park. There the two make clear that, despite their fraught history, they actually love each other as family. Regardless, Mary might be learning too well from Alice, and uses her mind control to get her way. She knocks out her crazy blonde sister and makes her way to a waiting Poison Ivy.

Again, this wasn’t a bad Batwoman episode. But my recap of Meet Your Maker was far more coherent than the episode itself. The best moments were Sophie and Ryan finally making a love connection, Luke finding peace, and Alice developing some humanity. There’s even a brief moment where it’s made clear Jada Jett has motherly feelings for her lost daughter Ryan. What’s unclear is how the Bat Team will deal with Ivy next week, since she kicked their ass here, and that was at less than half power. A fully rejuvenated Ivy should be a true force of nature (pun intended). If nothing else, fingers crossed the narrative is less jumbled and more compelling next week.