Sometimes, all you can do is power through 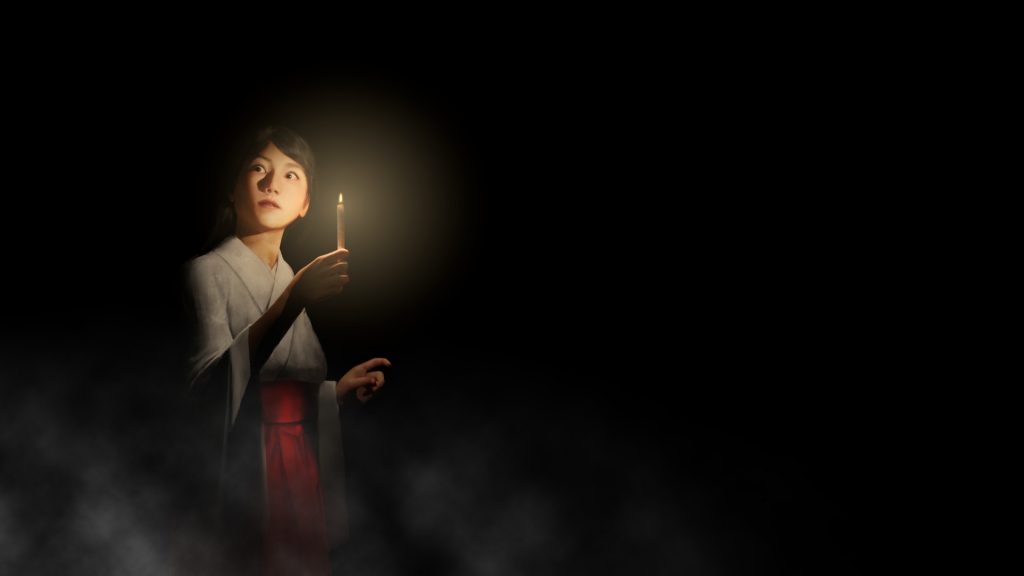 Helplessness is probably the scariest thing to ever exist. I don’t care how many creepy monsters and terrifying scenarios you throw at me to try to convince me otherwise—those things are only scary because we’re helpless to stop them. Most of the time, if you find yourself helpless in a dangerous situation, the best option is to simply remove yourself from it (or at least try to). I mean, it makes sense, right? Safety-seeking is definitely the thing to do when things turn sour. It’s also the basis of a lot of horror games. You’re (presumably) helpless in the face of any creepy crawlies that you encounter in whatever scary game you’re playing—or, at the very least, are at a disadvantage—so it’s best to just skedaddle. Sure, you’re scared while you’re running away, but that sweet, sweet feeling of relief when you find a nice cozy corner to hide in always feels extra-nice. What happens, though, when a game doesn’t let you do that? What if a game renders you entirely helpless, but still makes you face your foes head-on, anyway? Well, that’s an easy question to answer—you get a game along the lines of Ikai. 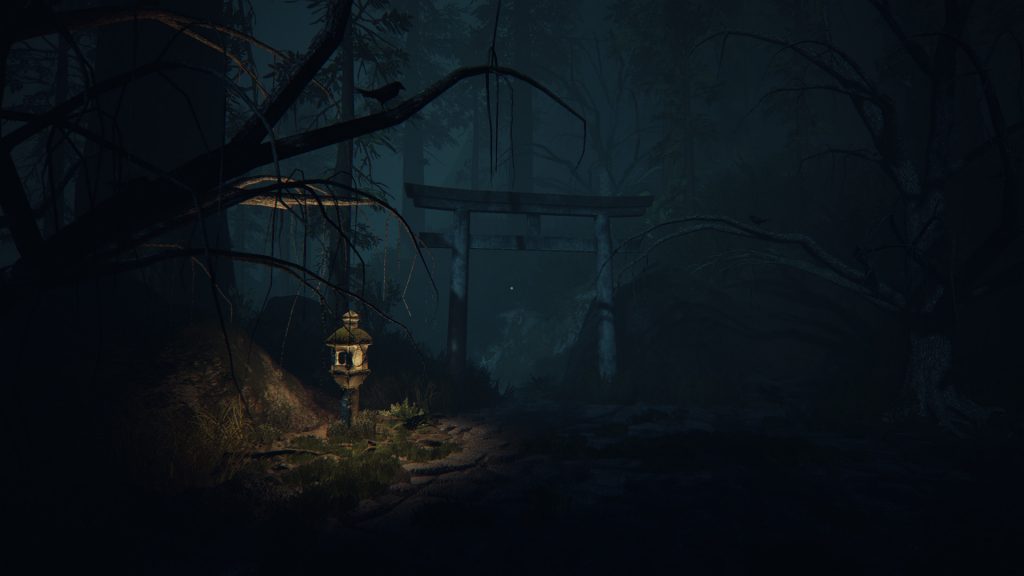 Hmm… This looks a little different than normal.

Ikai follows the story of a particular shrine maiden by the name of Naoko. Content to perform her duties day after day under the guidance of the shrine priest, Naoko has seemingly lived most of her life quietly and contentedly. So, too, does her terrifying journey begin in this way, with Naoko heading to a nearby river one afternoon in order to clean some of the shrine’s dirty laundry. Unfortunately, partway through her journey, Naoko discovers a bizarre ritual site and promptly faints. While she does, fortunately, wake up alive and seemingly unharmed, the same can’t be said for her surroundings. Though physically in the same spot that she was when she fainted, Naoko, upon awakening, finds herself in a bizarre, twisted version of the forest that she’s visited so many times. It’s unnaturally dark, is teeming with evil energy, and, unfortunately, seems to now be inhabited by Yokai—and things only get worse once she arrives back at the shrine.

There really isn’t a lot to be said about Ikai‘s story as far as I’m concerned—at least, not for now. While the demo offers several hours of gameplay, Ikai‘s story takes a very slow-burn approach. Because of this, I can’t say that I learned too much about Naoko’s situation outside of what I talked about in the previous paragraph. Still, what the game does offer is rather intriguing, and the demo’s decision to end when it did definitely left me wanting more. 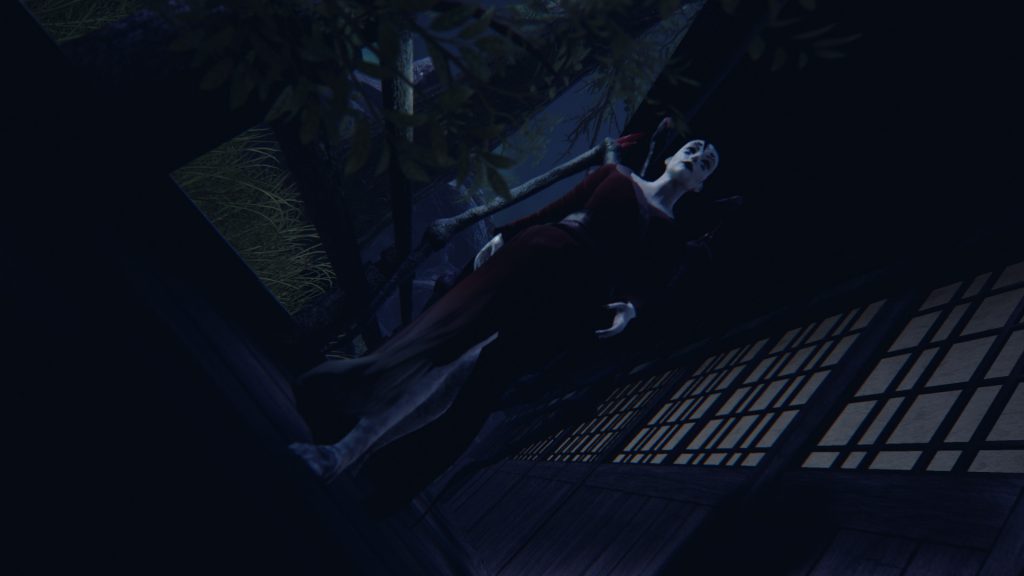 I don’t suppose that we could just, you know, sit down and talk things through, could we?

In a lot of ways, Ikai harkens back to the horror games of the early-mid 2000s. While linear in nature, Ikai appears to very much be against holding the player’s hand in any capacity, and instead subtly encourages the players to carefully explore their surroundings. For the most part, the game does this quite well. Even though it only offers ambiguous guidance regarding what to do, the game’s areas (or at least the few that I was able to experience) flow into one another very well and are, by and large, obvious in telling the player what to do without literally telling them. Sure, you might encounter a moment of aimless wandering here and there, but you certainly shouldn’t get lost. And, if progression does get too confusing, Naoko will begin to think aloud about what she should do next—a very clever way of giving the player hints without breaking their immersion.

Of course, where Ikai really manages to shine is with how it handles monster encounters. Given the long and detailed history of Yokai, there are a lot of ways that you could set up encounters with them—Ikai, as far as I can tell, is attempting to take full advantage of this. Rather than relegating them to nothing more than tired tropes like “invincible monster that chases you around” and “jump scare monster that appears for no reason,” Ikai‘s aggressors act in more appropriate contexts. The post-fainting game immediately begins by having giant heads fall from the sky trying to crush you and living campfires igniting and extinguishing themselves in order to get you to run across them (which I thought was a really clever way to introduce stage hazards, by the way), allowing the player to get a taste of what’s in store for them. 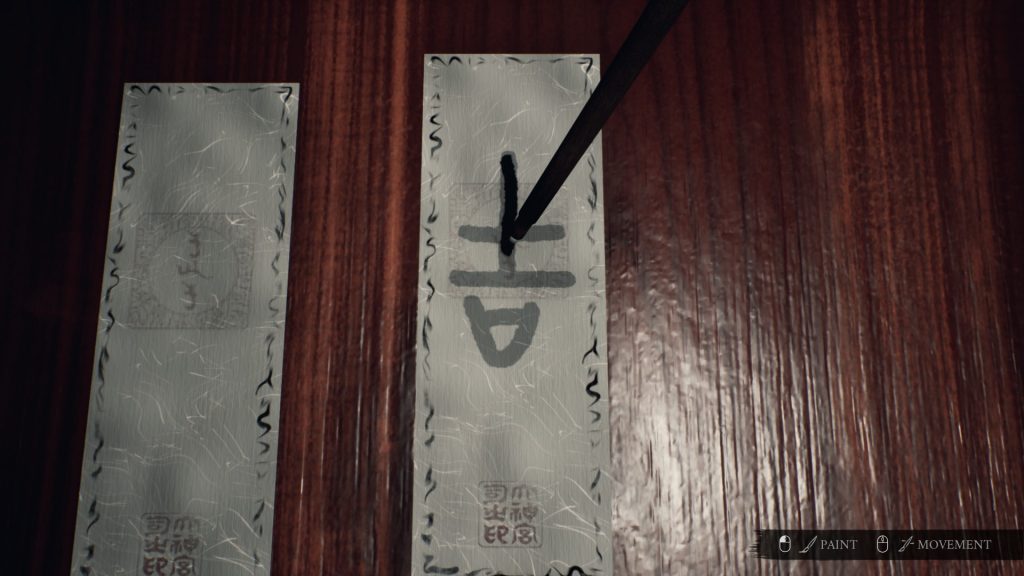 The Yokai in this game won’t just wait around for you while you attempt to create talismans!

Ikai isn’t entirely devoid of horror tropes (in a way, I’d almost deem them necessary up to a certain point), but it does its best to make them feel as unique as possible. Being inspired by the horror games of the early-mid 2000s, Ikai has plenty of puzzle elements, with one of the more prominent puzzle-esque features being the creation of talismans. Creating a talisman is easy enough—all you need to do is trace a shape with a decent level of accuracy—but not everyone’s happy about you doing that. In fact, Ikai has a specific Yokai that will only track you down while you’re doing this. You can (at least as of now) run around all you’d like, and she won’t so much as even appear, but the second you sit down to participate in a minute or two of divide arts-and-crafts, she comes barrelin’ through to put an end to it—meaning that the player has to listen, rather than watch. Heck, even the chase scene felt a little novel, thanks to the fact that you actually have to let the Yokai attempting to prematurely end your life chase you to a room with no exit and then sneak past it. There are a lot of little (albeit terrifying) things at play in Ikai, and I like what I’ve seen so far.

So far, I’m liking what I’ve seen of Ikai. It’s an unnerving and immersive horror game with plenty of terrifying charm, and its emphasis on pushing players toward, and not away from, imminent danger does a nice job of flipping the script when it comes to certain horror tropes. I’m not sure what exactly happened to Naoko at the end of the demo, but I’m sure it will lead to something even scarier than anything I’ve seen from the game so far—and I’ll welcome the chance to foolishly charge headfirst into whatever horrific danger might be laying in wait.