Tux and Fanny Review: gAmE oF tHe YeAr 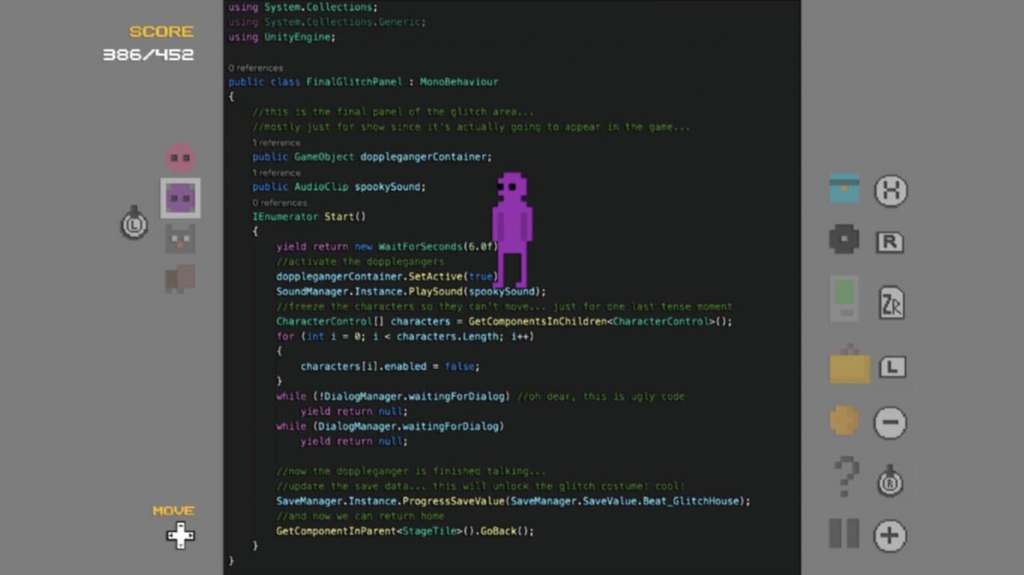 Aside from a select few standouts in the 16-bit and 64-bit eras (Aladdin, Lion King, and Golden Eye), it’s a generally accepted opinion that video games based on films don’t always capture what made the original great. It’s not necessarily the fault of the developers; after all, converting one medium to another is no easy feat. Sometimes stuff just gets lost along the way when it comes to gameifying a movie or TV series, mechanics oddly brute-forced like a square peg through a round hole. I get that there’s a demand for film-based games, but some IPs are better suited for interactive adaptations than others. 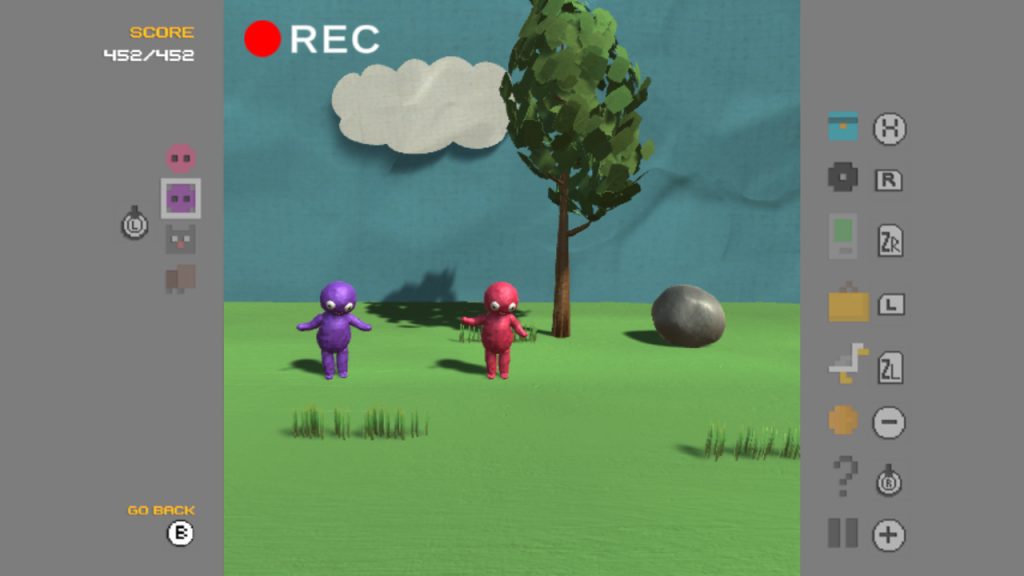 Originally an episodic YouTube series by Albert Birney featuring extremely short snippets of the titular characters, Tux and Fanny was adapted into a full-length film in March of 2021 followed by a point and click video game in September of the same year. Developed and published by Ghost Time Games (Jettomero, Test Tube Titans), Tux and Fanny is a near-perfect, beat-for-beat retelling of a uniquely stellar and surprisingly beautiful (yet simultaneously silly) slice of life series that will make you laugh as much as it will make you think. Available on PC and Switch for only $9.99, Tux and Fanny will provide players with hours upon hours of pure fun that they’ll struggle to put down even after the game is finished.

Tux and Fanny opens up in such a way that it feels a bit like the prequel to the YouTube series; Tux (the pink one) and Fanny (the purple one) would love to do nothing more than kick a ball back and forth in the front yard, but alas — their soccer ball is deflated, so they’ll need to find all the pieces to their pump and assemble it so they may inflate the ball. Meanwhile, a cat wandering around nearby fancies a nap, but only the warmest rock will suffice. Unbeknownst to the cat, there is a dying flea colony hanging by a thread underneath the most suitable napping rock, waiting for the prophecy of the furry bridge to be fulfilled which will transport them to the promised land. Players will take on the role of all four characters, exploring their home, their yard, and the world around them. Can you complete all 452 actions and — most importantly — inflate their soccer ball? 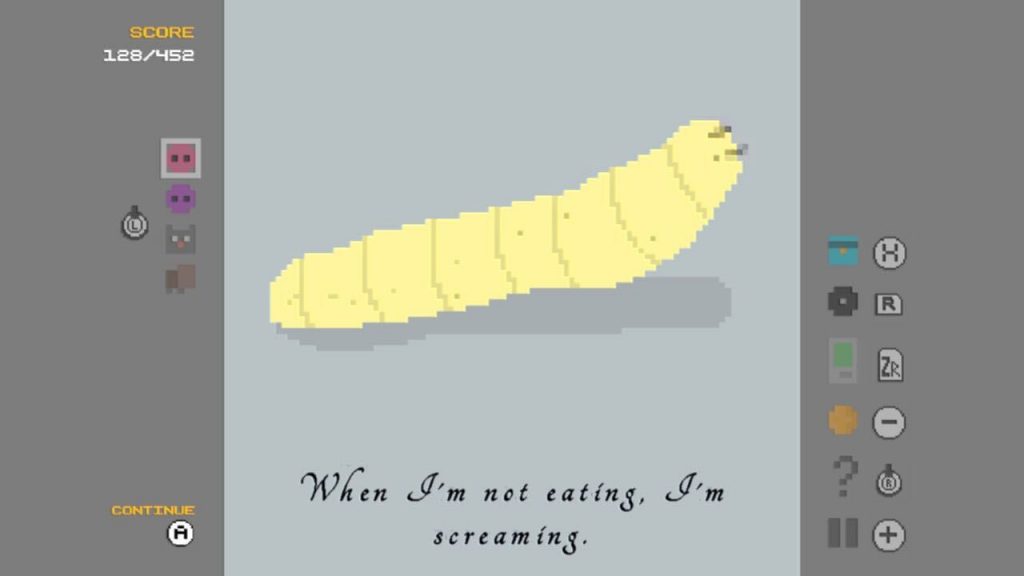 Now, I enjoy a good point and click, but Tux and Fanny takes everything to the next level in a way that truly honors the source material. Turning on the TV will only yield static, those who have watched the series knowing full well they’ll have to climb up onto the roof to fiddle with the antenna. Finding a wormy apple might be an utterly random pickup for those unfamiliar with the pair, but for the viewers, they know they’ll ultimately use it to go fishing. Where some shows might struggle in their translation to a video game, Tux and Fanny felt naturally authentic to the point and click genre, as if it was made with the medium in mind.

The adventures the pink and purple pair get up to may not seem all that epic — see every flower, bird, and bug, help forest goblins get their needs met, collect every possible outfit and record, discover every last secret — but there’s an incredibly addicting joy in the simplicity of discovery. This is partially due to the show’s wacky vibe and the developer’s full tilt into it, but also in Tux and Fanny’s respective natures. Tux is unapologetically optimistic, automatically seeing the good side to every clickable item, while Fanny’s pensive mind leans towards existentialism but doesn’t teeter off into a crisis. 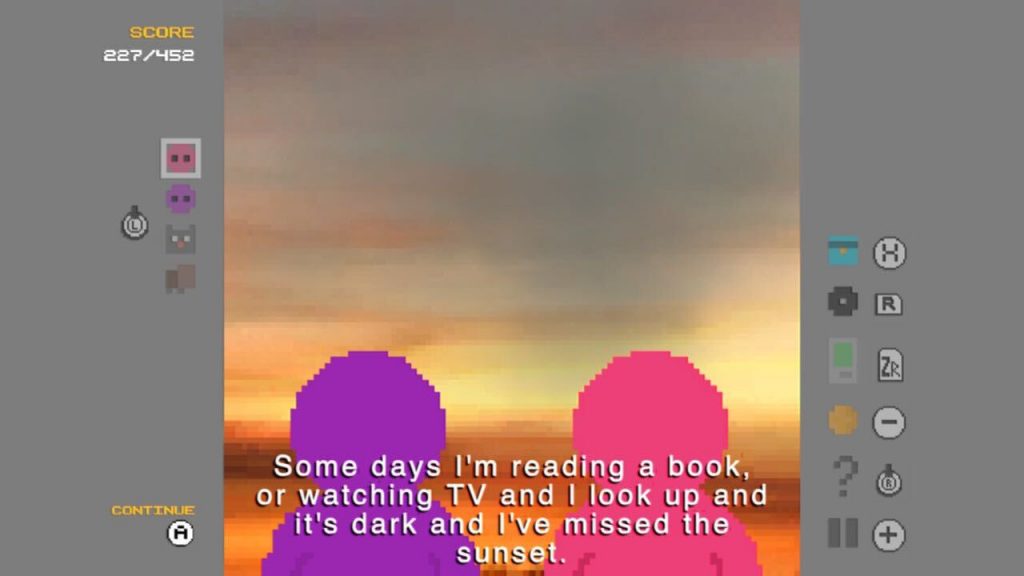 When something is fleeting and temporary, Tux sees the beauty of a transitory state while Fanny seems to yearn for the ephemeral to last a bit longer. Players will laugh at a ridiculously long-winded boss battle between a gigantic (partially true) trivia-spouting fly and the fly-swatter equipped duo, but will ponder the short-lived final sunset the insect witnesses before its inevitable demise. I’m not sure there’s another game that can eloquently flip between the two emotions in such an endearingly clunky yet effective manner — truly, I laughed, I cried, it moved me.

In fact, the closest parallel to Tux and Fanny, in spirit at least, is Wattam. The almost childlike, inquisitive nature that this game evokes out of players delights on a genuinely pure level. I can’t tell you how many times I just caught myself smiling at the utter ridiculousness of the game, waiting for the next guffaw-inducing plot point that would surely top the last one. From creating a clay stop-motion video to sell on the internet to literally manifesting a fish hook through meditation, from feeding a unicorn a chili pepper to make its horn explode to visiting the moon and kicking the Earth away, from star-gazing, cloud-gazing, cat-adopting, meta-game playing, lucid-dreaming, and so, so much more, Tux and Fanny treats players to an outrageous story that is unironically great featuring relatable characters that are sincere in both their silliness and their seriousness.

Tux and Fanny may have slipped under your radar in 2021 — I’m begging you to right that wrong and play it in 2022. If you find the joy in small things and believe that big, crazy things can be found even in the most mundane places, Tux and Fanny is the title for you. For such a lighthearted game, there’s a lot of soul in it; you’ll soon find yourself devouring every last ludicrous discovery, sad to leave the duo when you’ve completed their journey. As far as I’m concerned, Tux and Fanny is my pick for gAmE oF tHe YeAr 2021, the simple, silly, slice of life stories shared between friends a wonderful experience worth having.

Full disclosure: This review is based on a copy of Tux and Fanny provided by the publisher.