On December 29th, 1999, twenty-two years ago, the opening chapter of Yu Suzuki’s Shenmue was released in its native Japan. Released by Sega Enterprises at the time, Shenmue was a game world built like no other. Yu Suzuki’s creation isn’t about science fiction, dystopian futures, or medieval fantasy. Nor is it about shock-value bloody violence, breakneck combos, or turn-based battles. Shenmue is, as video games go, as real as they come.

Lead director/developer Yu Suzuki needs little introduction. With previous milestones works such as ­Hang-On, OutRun, and Virtua Fighter on his resume, Shenmue was his boldest project yet. Proclaiming a new genre entitled FREE (Full Reactive Eyes Entertainment), there is no doubt that Shenmue changed the course of open-world games forever. This first chapter would allow complete freedom of movement around Yokosuka. Set during 1986 and beyond, at a time before Yokosuka was granted core city status, Player’s control Ryo Hazuki, a teenage martial artist, as he investigates his father’s murder, through the everyday streets of Yokosuka and its suburbs. These streets, shops, homes, and the people who live in them are all interactive in an immersive real world. Shenmue’s grand-scale development (an alleged seven-billion-yen budget) were often the forefront of its hype and will likely remain its tabloid talking point forever, but there is no mistaking its grand-scale achievements and influence on videogames both then and now.

Although released a whole year later in my native United Kingdom, such a project was sending shockwaves through the west in the lead up to its release. Constant videogame magazine coverage, import reviews, any chance to catch a glimpse of a new screenshot created a wave of hype that was palpable. Its release didn’t disappoint; promises of a world of NPC’s living their own lives, in an accurate representation of locations such as Dobuita’s main street, are truly epoch-making and definitively delivered. This is a videogame about being immersed in a world that everyone lives in, not just the protagonists and antagonists that drive it. This is a world that revolves but rarely around you, only when the necessary actions dictate. Immersion is the name of the game, and it wants to play the game with you.

Shenmue’s immersive possibilities can be developed, discarded, and delivered by all manner of players. Ryo receives a daily allowance of 500 yen, and the streets of Yokosuka provide means of using that money to any desired effect. To this day, any of my revisits must include spending unscrupulous amounts on capsule toys, a pastime more prominent than ever in many Japanese cities and districts. If it isn’t toy collecting, then it’s off to the arcade; after all, Yokosuka is predominantly a residential and retail area, and there are only so many toys and coffee cans you can buy. Here is where Suzuki would set a trend later seen in the Yakuza franchise with the inclusion of Sega arcade classics to play anytime. How’s that for immersion? If you’ve got time to kill, then what better way than spending credits on Space Harrier or Hang-On? Videogame inception. Brilliant.

Another significant influence to come out of Shenmue’s development is the use of QTE (Quick Time Events), which have become a staple in many interactive adventures ever since. The use of QTE’s was often the source of derision towards Shenmue at the time, and in such an immersive and grand project, it does appear to be a very basic function to include. In truth, it becomes an area of skill to quickly develop as the story progresses, with several visual rewards to discover. Another area not so rewarding but oddly competitive is the (forced) opportunity to get a job working a forklift up and down the docks in the latter half of the game. Kiss that 500 yen a day bye-bye for the big bucks of a monotonous job that takes most of the day to complete, with little time to spe… wait, did I mention how immersive Shenmue is? It even gets working down to a tee.

Bless you, Yu Suzuki. On September 6, 2001, the sequel Shenmue II was also released on Dreamcast, also later coming to the west. After years of hiatus, fan-campaigning, and fundraising Shenmue III was released on PlayStation 4 and PC on November 19, 2019, almost twenty years to the day. Next year will also see a surprising, and hopefully exciting, anime adaption hit our screens, and of course, we all await an announcement on any future Shenmue with bated breath. In the meantime, if you wish to visit, or even revisit, the immersive world of Shenmue, I recommend bagging a copy of Shenmue 1 & 2 right now to see what the fuss was, and still is, to this day. 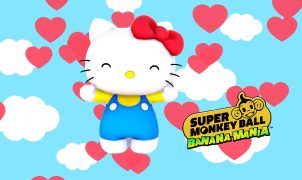