Anti-Turing Test Has a Confusing Story, but Engaging Mechanics

Deckbuilders. Why oh why do you always lure me in with your siren call? I was recently given the opportunity to give metagalaxy panda’s Anti-Turing Test a spin, and I have to say that, even though it’s still in early access, there’s definitely some promise here.

Over the several hours I played Anti-Turing Test, I wasn’t really very aware of any story. While the game’s Steam page talks about endlessly resetting, and wandering through an artificial city, none of that really came through in the preview. But that’s okay! I don’t typically expect deckbuilders to have the most riveting of narratives; I mostly just need an excuse to construct a deck and kick some butt. Thankfully, there’s a good amount of gameplay that kept me entertained as I tried to conquer run after run. 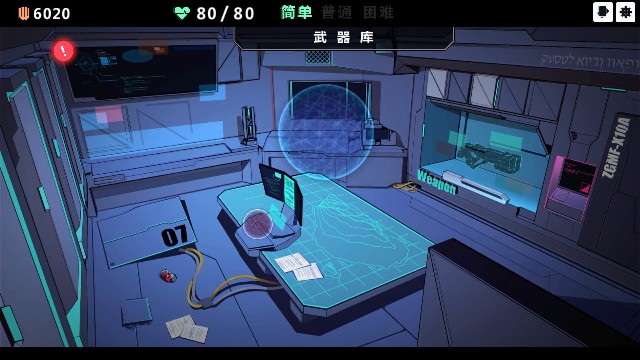 Gameplay is mostly what you’d expect: you draw cards every turn, attack and/or defend, and use items. Where Anti-Turing Test differs from some other deckbuilders I’ve played is that you can also “load” your weapon with cards, as well as move either forward or backward across three squares on your side of each battle. At the start of your turn, you’re given three energy points, and you’ll need to spend them wisely on your cards. Each card has a cost that must be paid in order to play it, and you can expect that the stronger the card is, the more points you’ll have to pay to play it.

Managing your points, and balancing attack and defense is always key to a deckbuilder, and obviously this game is no different. The strategy here goes a little deeper, though. Some of your attack cards will have a limit on how far they can attack. You’re given a range of three linear squares on your side of the field, and the enemy has the same number on theirs. This is important because some cards will only allow you to attack the enemy that is closest to you, or will deal additional damage based on which square the enemy is located in. Additionally, there are cards that will let you pull enemies a square closer to you or further away. This is an important mechanic because you can actually shove the enemy into the boundary on their side (or into one another) and it will cause a good amount of damage. 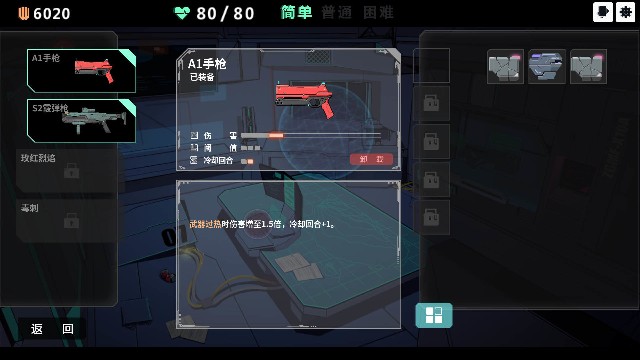 You can also attack indirectly; there are various status effects you can inflict on your opponents, such as burn (which causes damage every turn), pierce (which ignores their shield and attacks their hit points directly), and myriad debuffs to reduce their attack power and defense. I actually enjoyed the wide variety of buffs and debuffs available to you, but unfortunately the translation of the game is a bit lacking, making it difficult to determine what exactly a specific buff or debuff is going to do. There’s a fair bit of trial and error, and some of them I still wasn’t fully able to understand how they operated. Finally, you can use excess cards in your hand to “charge” your weapon and use it to attack an enemy directly, which I thought was an interesting way to deal with cards you can’t play.

Anti-Turing Test follows your standard rogue-like deckbuilder formula when it comes to progressing through a run. You’re given four options after each “stage,” and you’ll come across the staples of the genre, such as battles, elite battles, shops, and recovery points. Work your way through them and you’ll eventually reach a boss. Along the way, you’ll earn in-game currency that can be used to purchase temporary upgrades, add more cards to your deck, or even remove cards from your deck to make it leaner. After finishing a run, successfully or unsuccessfully, you’ll earn points that can be used towards permanent upgrades such as increased max health points, more starting credits, and various buffs. 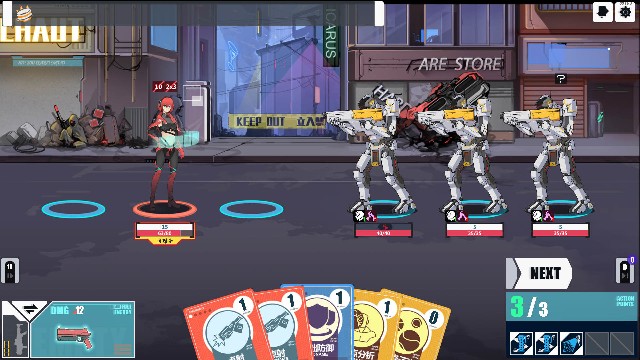 Overall, I think the bones for Anti-Turing Test are there. The art style is solid, from what they’ve shown so far. Sound effects are lacking, though, and the soundtrack isn’t anything special as of yet. The translation definitely needs some work to help clarify how certain cards/statuses/buffs/debuffs work, for sure, but you can still figure it out through trial and error. Anti-Turing Test will be one to keep an eye on, as there is a lot of potential here.

Fallen Legion Revenants is a little rough around the edges, but its action-packed, Flash-esque gameplay is still quite enjoyable.