Loop Hero Review: Rebuilding the universe, one loop at a time 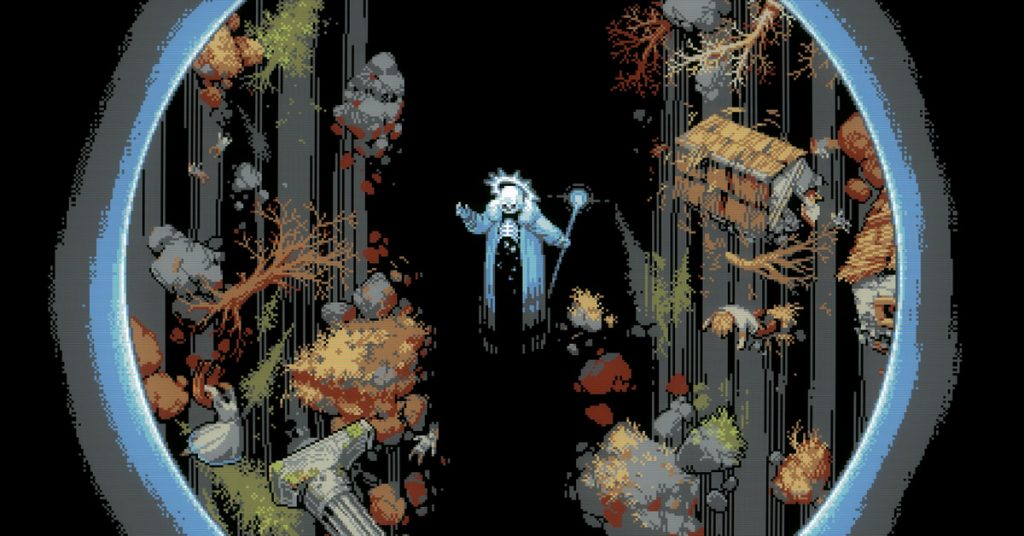 In the beginning, there was nothing. Then, there was a hero. Emerging from the darkness, he began walking, slowly but surely, on the path that suddenly opened up before him. “Where did the world go?” he asked aloud. The abyss answered, sending woods, villages, fields, graveyards, meadows, mountains, and more to dot his path forward. “Where are the world’s inhabitants?” he wondered. Again, chaos responded, unleashing slimes, spiders, beasts, goblins, harpies, vampires, bandits, and more to sharpen his skills while dulling his blade. “Who could have done this?” he lamented. At this, the Lich King laughed; despite the hero’s valiant efforts, the universe had been destroyed, never to be restored to its former state… unless… 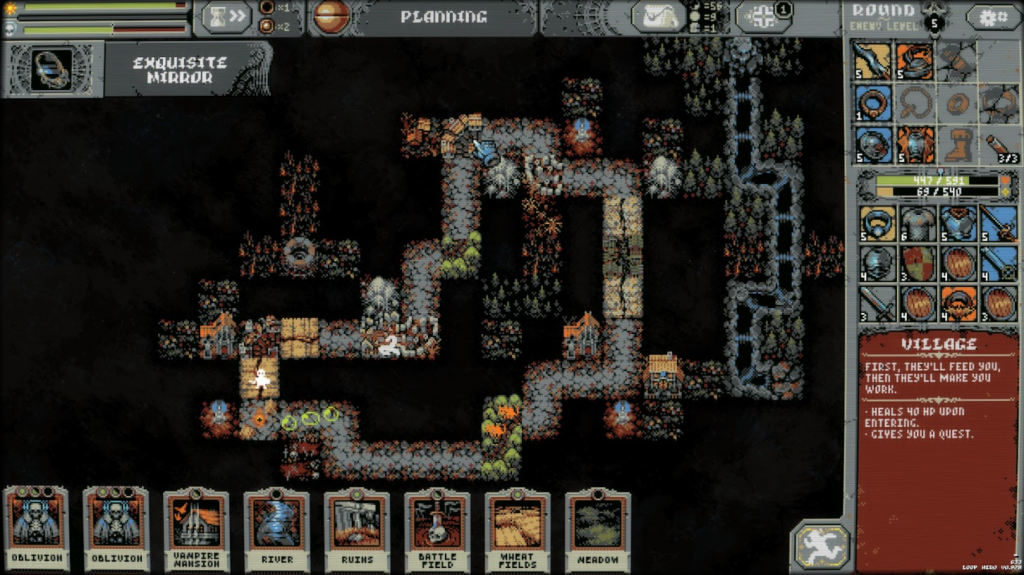 Loop Hero made the rounds earlier this year when it released on PC — I enjoyed it greatly then, rating it highly. In the last gasps of 2021 we see the Switch port of Loop Hero emerge honorably, a nominee for The Game Awards’ Best Indie of the Year alongside fellow Devolver Digital releases Death’s Door and Inscryption. For those who loved the PC version, I’ll cut to the chase: go ahead and just grab it on the Switch too, it feels right at home on the console. For everyone else, read a few hundred more words about why Loop Hero belongs in every Switch library.

As mentioned earlier, Loop Hero opens up on literally nothing, as the entire universe has seemingly been destroyed by the Lich King. Somehow escaping this wretched fate, our hero wakes up in pitch black darkness, a circular path slowly unfolding in front of him. With no other recourse, our hero presses onwards and fights the enemies that slowly reappear before him. Typically, beasts and other baddies would be reason for concern, but their return signals a very significant fact: nature is healing. And so, our hero forges forward, fighting enemies and helping others who share this cursed half-existence in an effort to hopefully restore the world to its former state. 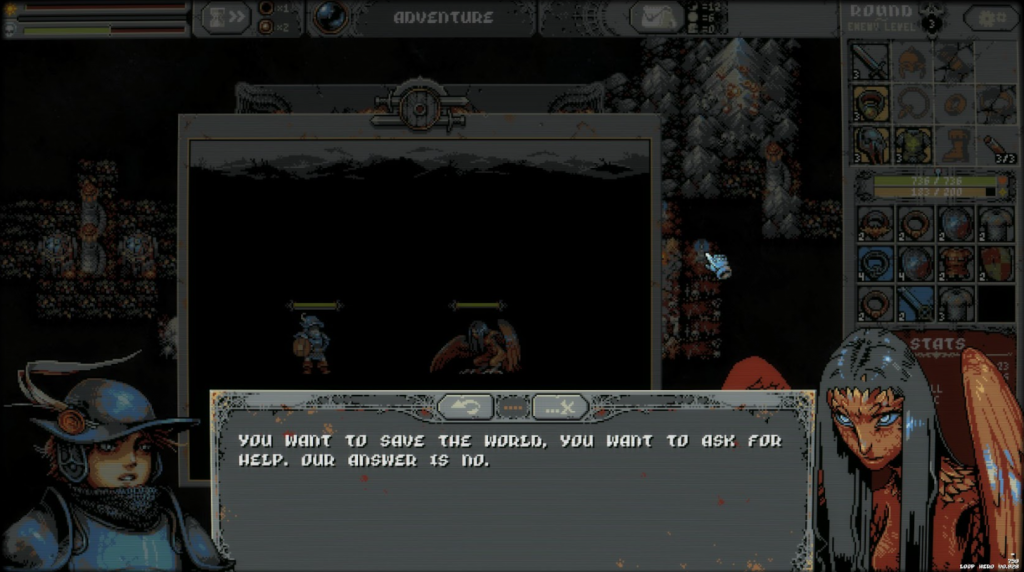 Although there’s a lot of action going on in Loop Hero, none of it is controlled by the player. Our hero walks alone, following a predetermined looping path, fighting all enemies that he encounters along the way. Instead of controlling our hero, the player controls the things around him, placing environments that spawn enemies, equipping him with weapons and armor, and choosing abilities that will help him loop longer. Everything else is up to our hero, who valiantly fights to bring back supplies to the refugees waiting for him back at camp or dies trying.

It may sound like a passive, idle game, but I can assure you Loop Hero requires a ton of player input. Defeating an enemy yields either a card from the player’s deck that is playable on the field (such as a graveyard or mountain) or an equippable item that will help the hero live to fight another day. It may seem odd to want to place enemies on the board that could potentially kill the hero, but doing so not only grants better equipment but eventually calls forth boss fights after a filled environment. The focus quickly becomes less about defeating enemies and more about keeping the hero alive until the end of each loop, assessing if the hero can survive another one, and pulling out if necessary to take supplies back to camp. 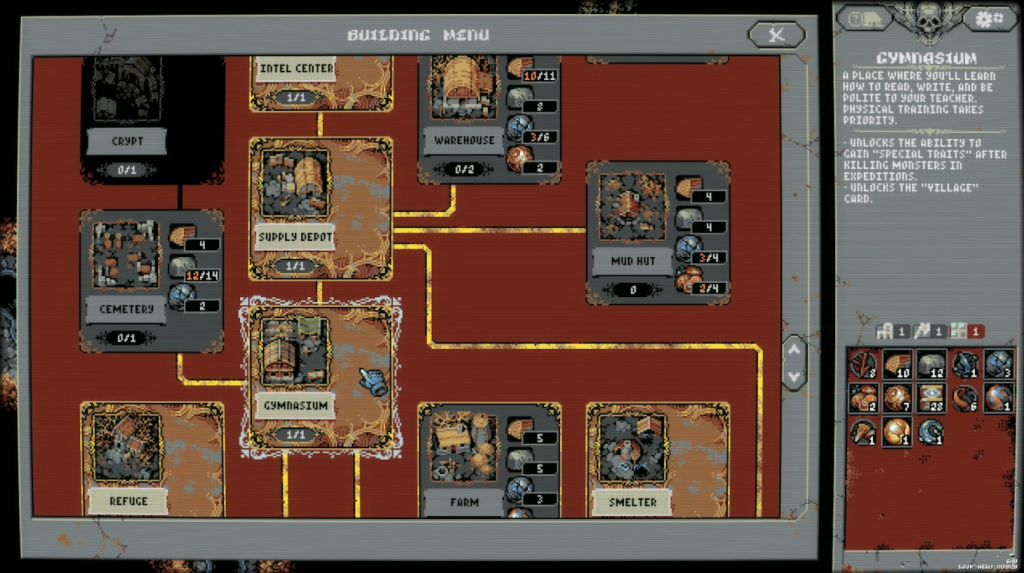 Back at base, our hero turns gathered resources into structures for the huddled masses, such as farms, smelters, and gymnasiums. Each facility will unlock something new for our hero, such as a new class, new cards for the deck, or even a new mechanic. The way the camp plays back into the core loop (get it) is pretty genius, its interconnectivity further supporting the hero as he ventures out into the literal unknown to bring back the world and its people.

As for how it runs on the Switch, I daresay Loop Hero actually feels much more at home on the console. It’s true that pointing and clicking may feel more intuitive on PC, but the way controls were handled on the Switch allows players to avoid the use of the control sticks if they must (thereby averting any potential joy-con drift frustrations). Holding the right shoulder button allows the player to sift through the equipment while pressing down on the left shoulder lets the player do the same with the environment cards. And it’s not just controller adjustments that make this port great — something about the dazzling art style and glorious chiptune music is just so insanely nostalgia-inducing that I sincerely got flashbacks to my childhood playing NES with cousins at my grandma’s house. It’s doesn’t just feel better on the Switch, it feels right.

Loop Hero is a triumph on the Switch, full stop. Having the freedom to play an engrossingly addicting game either at home or on the go is an absolute joy, and that goes doubly so for those who wax nostalgic on their days of dutifully grinding away to dulcet 8-bit tones. Loop Hero is one of the best games to come out of 2021 — make the winning decision to add it to your Switch library.

Full disclosure: This review is based on a copy of Loop Hero provided by the publisher. 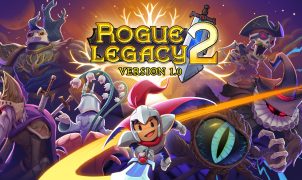 Rogue Legacy 2 Review: Carrying On The Legacy For years I didn’t think I liked roguelikes, or even roguelites. The idea of throwing myself against the same challenge, again…