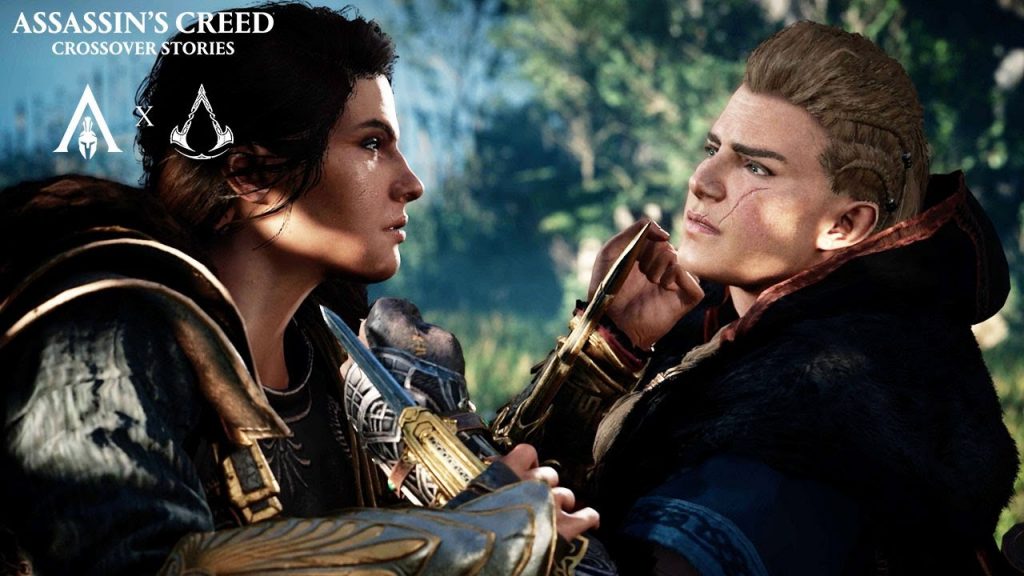 Ubisoft has announced Assassin’s Creed Crossover Stories with a new trailer that sees the return of Fan-Favourite Assassin Kassandra and bridges the gap between Odyssey and Valhalla.

Assassin’s Creed Crossover Stories is a two-part story told over two free DLCs for Assassin’s Creed Odyssey and Valhalla. The first part takes place during Odyssey’s Those Who Are Treasured DLC set after the game’s main story. Kassandra is 1300 years older and has mostly taken a break from adventuring until a deadly new relic emerges which takes Kassandra on a quest around the world. Eventually, Kassandra will make her way to the Isle of Skye which leads into Valhalla’s DLC, A Fated Encounter which sees her come face to face with Eivor.

A Fated Encounter is played from Eivor’s perspective as the two assassins go head to head and duke it out, pretty commonplace for crossover stories. Speaking to PlayStation Blog Creative Director Clémence Nogrix hinted at the two Assassins’ dynamic and Kassandra’s character development saying:

“She has traveled the world and seen the rise and fall of the roman empire. We wanted to make sure that players felt she had learned and seen a lot, but that she was able to stay the same at heart. It was challenging in a way that we were attentive to each hero’s personality, but we made sure they both showed what they were made of on the battlefield. The team did an amazing job with that encounter scene.”

Crossover Stories is an exciting prospect for Assassin’s Creed fans as it marks the first time that two protagonists have come face to face. Assassin’s Creed Revelations saw two iconic Assassins – Ezio and Altaïr – share the spotlight but the two never really interacted in any meaningful way.

Those Who Are Treasured will be unlocked after completing the first chapter of Assassin’s Creed Odyssey, which is free to play this week. A Fated Encounter is available to play once players unlock Valka the Seer in Assassin’s Creed Valhalla and reach settlement level four in Ravensthorpe. Crossover Stories will also add a new island to each of the two games. Interestingly, Those Who Are Treasured can be played through as either Kassandra or her brother Alexios, while it’s only Kassandra who is featured in A Fated Encounter.

In other news, Ubisoft provided a big update for Valhalla’s Dawn of Ragnarök DLC which is expected to launch in March 2022. Dawn of Ragnarök sees the return of Odin as he goes on a journey across the nine realms of Norse Mythology to rescue his son.