Beyond A Steel Sky Review: A Long-Awaited Sequel That Mostly Hits The Right Beats 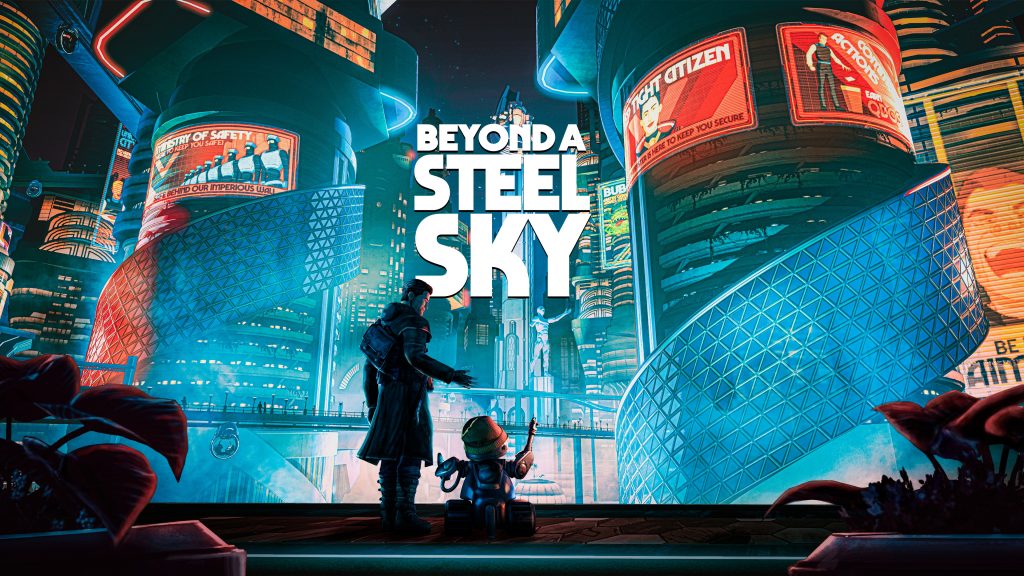 Beyond A Steel Sky is a sequel 26 years in the making to the point-and-click adventure Beneath A Steel Sky, which lives up to its predecessor’s legacy, for the most part.

The story of Beyond A Steel Sky once again focuses on Robert Foster as he returns to Union City after ten years in search of a kidnapped child from his village. A lot has changed since players last visited Union City, which is now considered a utopian paradise, but everything is not as it seems.

Beyond A Steel Sky’s biggest strength is unquestionably its originality in its world-building, a task that’s becoming increasingly daunting in the sci-fi genre. Union City is perhaps the most idealistic view of the future in gaming to date. It’s honestly refreshing to see an environment so colorful and eye-popping as opposed to the cold and bleak environment seen in most cyberpunk and sci-fi titles. The city is so impressive that it’s almost disappointing that you can’t take the time to explore rather than follow the fairly linear adventure Beyond A Steel Sky presents. 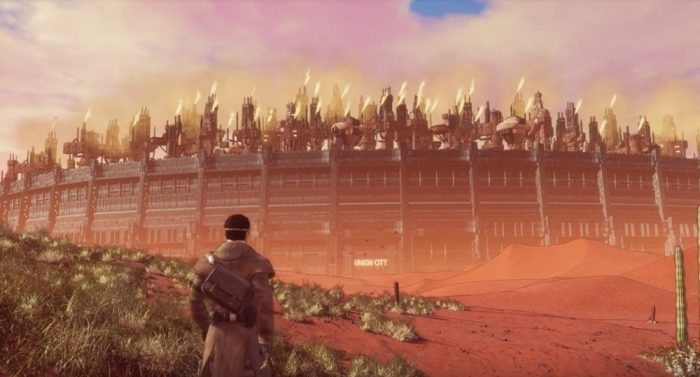 Union City’s new aesthetic perfectly parallels the steely and industrial look that was presented initially in Beneath A Steel Sky. The environments are beautifully realized with cel-shaded graphics to replicate a graphic novel and honour the work of acclaimed comic book artist Dave Gibbons, known for his work on Watchmen. The game opens with some stellar artwork from Gibbons in a short motion comic, but some of it can be lost in translation with the plastic-looking character models.

Beyond A Steel  Sky manages to take some well-worn sci-fi tropes, such as a dystopian class system, and turn them on their head. Union City’s infrastructure places the upper class at the bottom of the city, and the lower class is allocated to the top. Citizens of Union City work to build Qdos to raise their social ranking and descend to the lowest level. There are some fascinating and unique ideas in Beyond A Steel Sky that beg to be explored further. It’s just a shame there isn’t a stronger narrative to bring it all together. Beyond A Steel Sky is fairly self-aware and is a relatively light-hearted affair, but there’s very little to drive the story forward and keep players engaged. 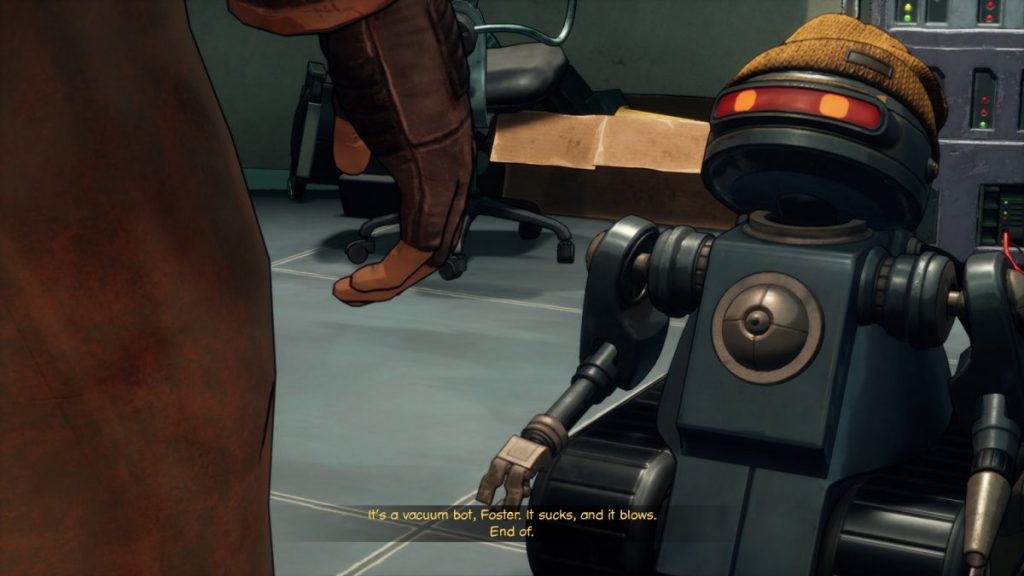 For the most part, Beyond A Steel Sky tells a fairly self-contained story and quickly gets new players up to speed with the events of the previous game. Foster’s objective throughout the game is to rescue a kidnapped child, Milo. However, there’s no meaningful interaction between the two, and Milo instead becomes a MacGuffin rather than an actual character. Robert Foster as a protagonist can either be viewed as a delightfully old-fashioned all-around good guy or painfully one-note. The larger cast isn’t particularly memorable either, with the exception of Foster’s robot companion Joey, who has some genuinely witty dialogue. Nevertheless, there are some nods and easter eggs for fans of Below A Steel Sky, and the final hour of the game serves as an epilogue of sorts to that story.

Beyond A Steel Sky ditches the point-and-click style of gameplay from its predecessor, Foster is now controlled from a third-person perspective, but the foundations are still there. Due to the cell-shaded graphics and third-person control scheme, some players may think there’s a telltale-style narrative adventure ahead of them, but Beyond A Steel Sky is every bit a classic adventure game. 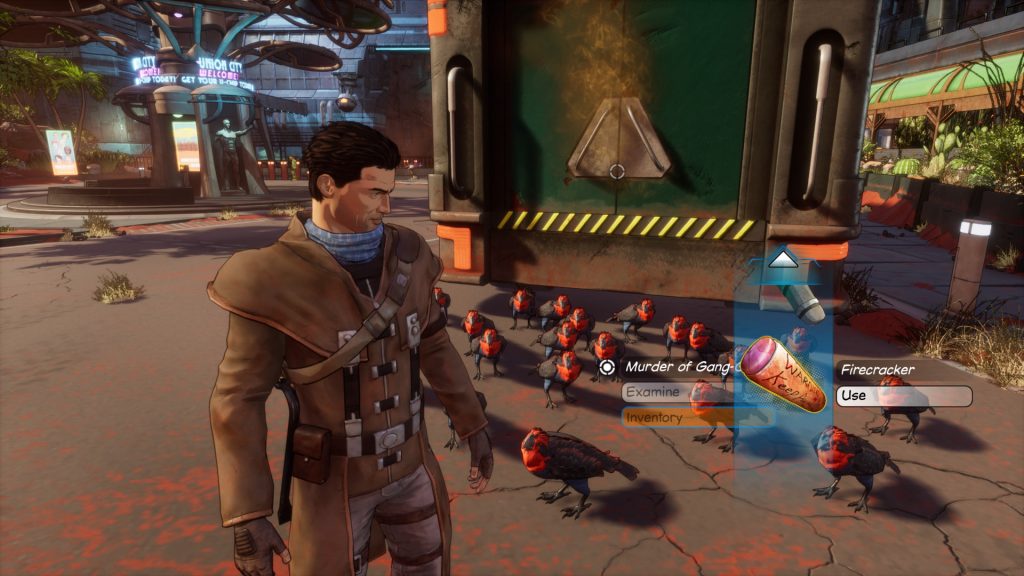 Foster can explore his environments to interact with the citizens and pick up objects to add to his inventory and apply to puzzles. There are some genuine brain teasers in Beyond A Steel Sky, and like most adventure games, the solutions can come off as every bit as baffling as the puzzle themselves. A new addition in Beyond A Steel Sky is the hacker tool that Foster acquires early on in the game. The hacking tool can be used to switch systems between machines. The hacker can provide some genuinely funny and clever moments, but it quickly gets stale due to the barebones mechanics.

If players find themselves hitting a wall, then they can head to the menu, where there’s a section for hints to give you a nudge in the right direction. Consult the hint section enough, and eventually, you’ll be given the solution outright as a new hint will be revealed every 30 seconds. NPCs can occasionally help you in finding a solution to certain puzzles, but more often than not, exhausting dialogue options just feels like beating a dead horse. It felt at times that there was an overreliance on roadblocking puzzles rather than being split up evenly with the narrative.

For better or worse, Beyond A Steel Sky sticks to the conventions of its predecessor and classic adventure games. Fans of Beneath A Steel Sky are sure to be satisfied with Robert Foster’s newest escapade into Union City, but some of its charms may be lost on a more modern audience.

Editor’s Note: This review is based on a review copy of Beyond A Steel Sky provided by the publisher. 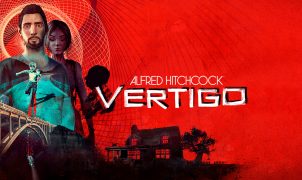