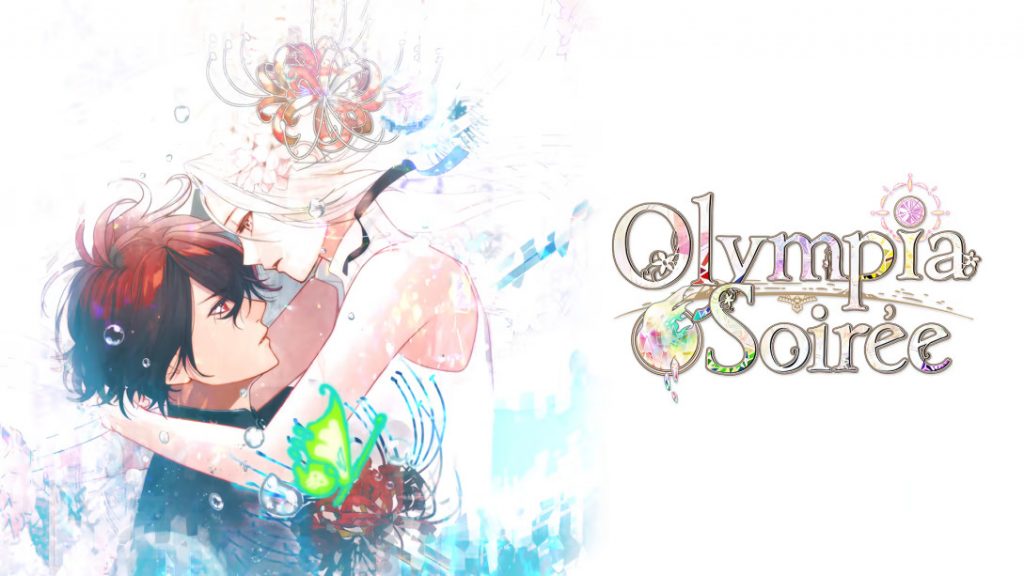 I can’t help but feel as though Otome visual novels always have something unique to offer. Now, to be fair, this could be the fact that I haven’t played too many of them talking—and it’s pretty typical for new experiences to feel, well, new. Still, I can’t quite shake the feeling that the handful of Otome VNs that I’ve played have each managed to bring something unique to the table in some way, shape, or form—and Olympia Soirée is certainly no exception. Far from it, in fact.

Olympia Soirée is, without a doubt, the most politically charged visual novel that I’ve ever encountered—and it will probably remain that way for quite some time. Though both fictional and fantastical through and through, every single part of it is teeming with themes revolving around social inequality, colorism (albeit in a unique way), and the struggle that comes with attempting to find oneself. But that in and of itself isn’t exactly impressive. No, what really impressed me was the fact that it managed to create a story around all of that devoid of the typical heavy-handedness that you might expect it to have—while simultaneously creating a genuinely heartwarming love story that Otome fans could enjoy. 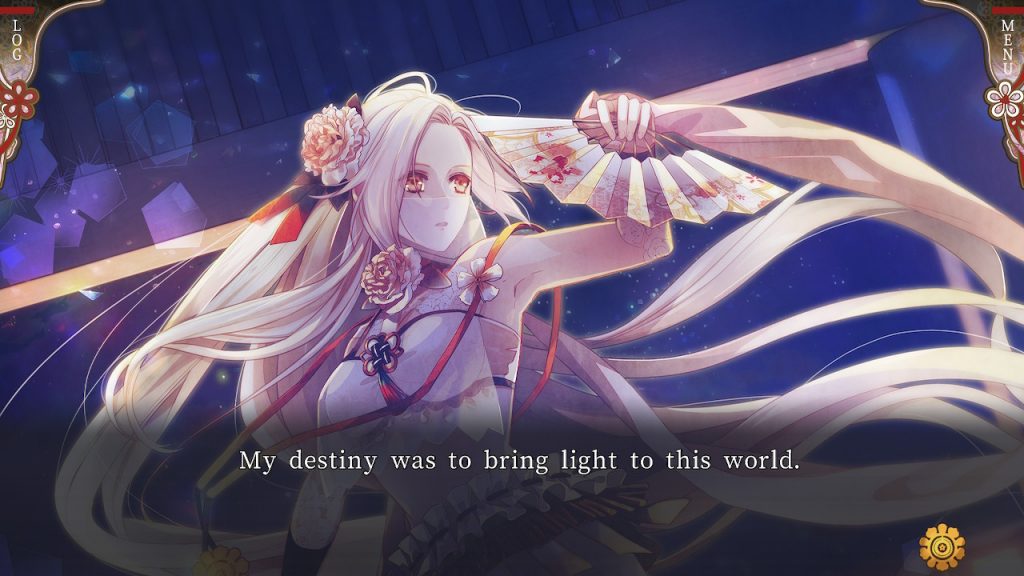 Being the last of your kind can’t be easy.

Olympia Soirée takes place in a small world parallel to our own and follows the story of a young woman who operates under the moniker “Olympia.” The last surviving member of her kind—known as “the White”—Olympia was brought to Tenguu Island in order to perform sacred dances with the purpose of ensuring that the sun continues to rise and fall with each passing day. Of course, Olympia is only human—and humans are not destined to live forever. So, upon reaching her 18th birthday, she is told that she has but one year to find a husband (as per Tenguu Island tradition) so that she may eventually begin mating—as failure to do so would spell the end of the White, and, subsequently, the end of the world.

In case the previous paragraph hasn’t made it obvious, the entirety of Tenguu Island is, in a word, archaic. Men and, especially, women are expected to pair off and reproduce at a young age (20 for men and 18 for women) in order to help ensure that humanity continues to survive (their parallel world is rather small, after all), but simply finding your soulmate isn’t enough within this world—as nothing in this world is quite as important as color. And, yes, I mean that literally. 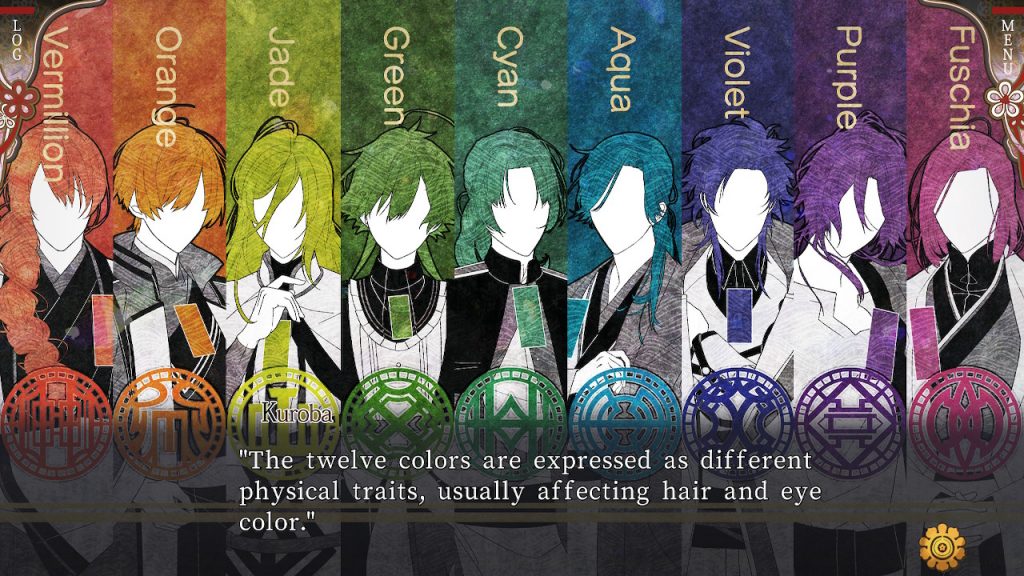 The entirety of Tenguu Island operates around a very strict caste system, which assigns each individual a “color class” upon their birth based upon what color traits are apparent. At the top resides the three primary colors—red, blue, and yellow—and below them reside the secondary colors, who are also generally allowed to live luxurious lives. However, should an individual not possess a beautiful color upon birth, or, even worse, should they possess multiple colors at once, they—along with any and all criminals—will find themselves banned to an underground world called “Yomi” (literally “Hell”) as the beautiful Tenguu Island does not deserve to tarnished by such imperfections. Oh, and don’t think that Olympia is immune, either. In fact, most people think that she’s a freak. Talk about harsh, huh?

By now, it should be more than obvious just how drenched in political allegory Olympia Soirée is—which is, to say, very. Because of this, you might expect the entirety of the game to be overwhelmingly sobering and dour. However, while there are plenty of instances of morbidity, the game still manages to feel… I don’t know what to call it—”quintessentially Otome-esque?” There’s an air of optimism that permeates throughout most of the story, and the bulk of the game somehow manages to stay within the realm of being cute and fairly lighthearted. Sure, some of it could be due to the game’s gorgeous artwork, or perhaps even to the sound design—which never gets particularly dark—but I wouldn’t let that detract from the writing too much. I can’t honestly say that I believed that stories around these topics could be written in such a charming manner, but Olympia Soirée has certainly proven me wrong on that front.

The Path You Chose That Day 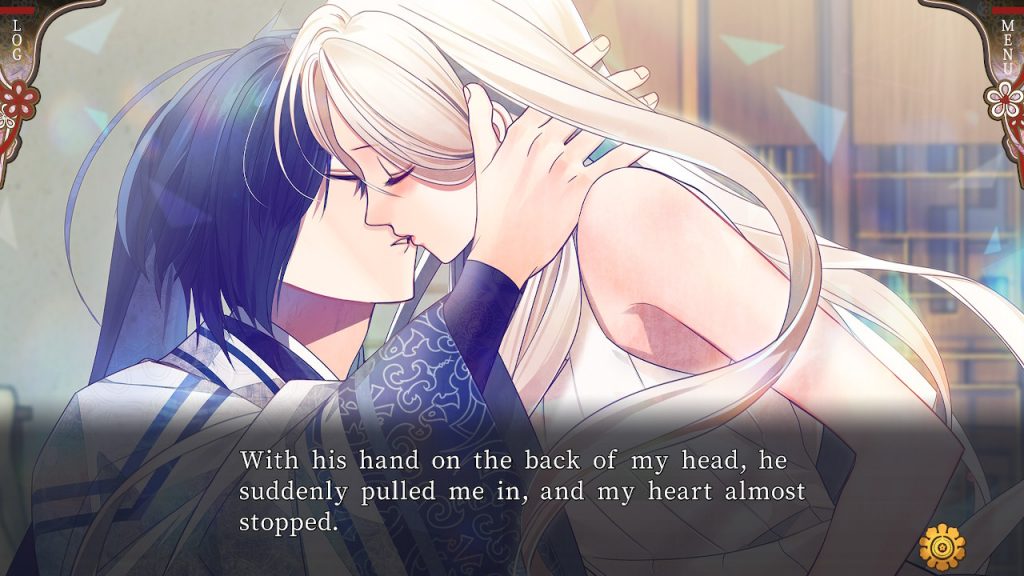 A whirlwind romance is yours for the taking!

My experiences with Otomate’s games has taught me that their approach to the visual novel genre seems to vary from title to title. Most of the time I’m fine with how they set things up, and I suppose that that applies to Olympia Soirée in a way, too. But I’m not exactly thrilled with it. In my experience, visual novels are most fun when the player gradually creates their own path through the story via the periodic selection of choices. And, to their credit, Otomate has taken this approach before (Hakuoki: Kyoto Winds is a good example), but it didn’t happen with this game.

Rather than opting for a more gradual approach to player pathfinding, Olympia Soirée‘s method of matching players up with their chosen bachelor is exceedingly blunt. The game begins with a facsimile of the traditional “common route,” but only continues it long enough for the player to sample a brief set of interactions between Olympia and the game’s romanceable characters (with certain characters getting much more time in the spotlight than others) and then forcing the player to pick one of the bachelors to stick with through the rest of the game. Following this things become much more traditional, with the player being able to receive one of several endings depending upon their post-decision interactions. All-in-all it’s not necessarily bad, and I’m sure that there are plenty of players that like having direct control. Personally, though, I can’t help but find this approach a little underwhelming.

There are a lot of words that I could use to describe Olympia Soirée, and most of them are positive. Even if social commentary isn’t the reason why you play video games (goodness knows it isn’t mine), Olympia Soirée‘s decision to fearlessly tackle situations that parallel ones within our own world shouldn’t cause you to shy away from its wonderfully romantic story lying in wait. If you’re a fan of Otome VNs, I doubt that this one will let you down!