Here’s Hoping The Project Sees The Light Of Day 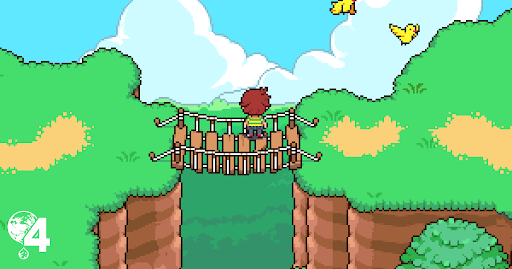 A fan-made sequel to the cult classic Mother RPG series has been unveiled in a new trailer showing off gameplay and story details.

Mother 4 is a love letter to the series recreating the pixelated art style, environments music, and battle systems associated with the series. It’s stated on the official website that Mother 4 is a fan project first and foremost and should not be viewed as Canon and is not “affiliated with Shigesato Itoi/Hobonichi, HAL, Nintendo, or any other related party.” Nintendo has built up a reputation of quickly shutting down fan projects but the devs are confident they can avoid running into any problems with Nintendo as they only” go after remakes of existing games, or controversial fan games”. Mother 4 is described as a fun”what-if” fourth entry and an “elaborate piece of fan art”.

The fan project has been built from the ground up in a custom engine built on the Löve framework. The unique sound battles and rhythm combos from Mother 3 will be making a return and have been faithfully recreated. Rhythm combos allow players to rack up physical combo attacks by hitting a button to the beat of the background battle music. It’s a niche mechanic that’s not for everyone and will be entirely optional as it was in Mother 3. Rolling HP will also make a return but the mechanics have been adjusted for Mother 4.

Don’t expect to bump into any established characters in the series though, Mother 4 aims to tell an entirely new story. The game’s story follows a young teenager Aaron and his group of friends as they go on a road trip across America to solve the mystery of power artifacts known as rift shells. The reveal trailer below serves as a proper introduction to Aaron and the other party members.

At the moment, Mother 4 is very much a work in progress according to the developers, assets, dialogue, and systems still need to be finalised. There’s no set release date and no word of when we’ll get another update but the game is expected to launch on Windows, Mac OS, and Linux.

There’s endless potential behind a project like this and fans of the Mother series are sure to be very happy with this news. We can only hope that development goes smoothly and that the developers can avoid any potential takedowns or copyright claims.