Get Ready To Take The Fight To The Kaiju On Switch 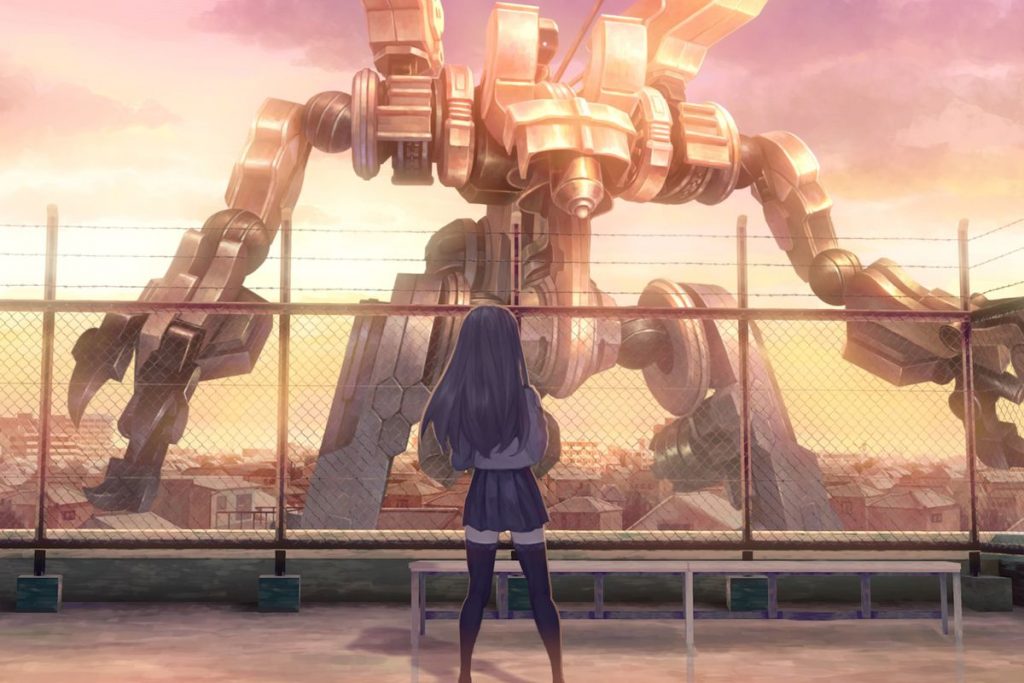 13 Sentinels: Aegis Rim was first released in Japan in 2019 on PS4 before a worldwide release in 2020. 13 Sentinels is a very niche concept with a non-linear narrative blending side-scrolling action and real-time strategy. Critics praised the game’s story which was nominated for the Best Narrative category at The Game Awards in 2020.

The game’s story follows 13 high school students in an alternate 1980s Japan who are forced to fight in a war spanning time and space. Players can choose to play through the characters’ intertwining stories in any order as they attempt to solve the larger mystery at the heart of the game.

13 Sentinels takes a unique approach to gameplay mashing up side-scrolling and RTS with visual novel elements. The core gameplay is split between Remembrance and Destruction. The remembrance section of gameplay allows players to navigate gorgeous 2d environments as they interact with other characters. As expected in visual novel games key choices made by the player can greatly impact the narrative and character interactions.

Combat in 13 Sentinels Aegis Rim is conveyed through Real-Time Strategy in the Destruction section of gameplay. Each of the 13 pilots has their own Sentinel, a mech-suit used to battle hordes of Kaiju and defend mankind. Players will have access to six characters as they attempt to defend a terminal from the Kaiju. All of the sentinels are fully upgradeable but some are more tailored to certain combat situations than others, making players’ decisions in deployment a key factor in victory.

Real-Time Strategy can be daunting to a lot of gamers, but as a visual novel, 13 Sentinels: Aegis Rim tells an unforgettable story that is well worth experiencing. Interestingly 13 Sentinels was originally supposed to launch on the PS Vita alongside PS4 but the Vita version was canceled following delays. Visual Novels are often tailored to portable systems and coupled with the success it’s had so far, 13 Sentinels: Aegis Rim could be set to finally have its day and thrive on a hand-held system.