Let’s Just Say That Cactus Is Out of the Bag 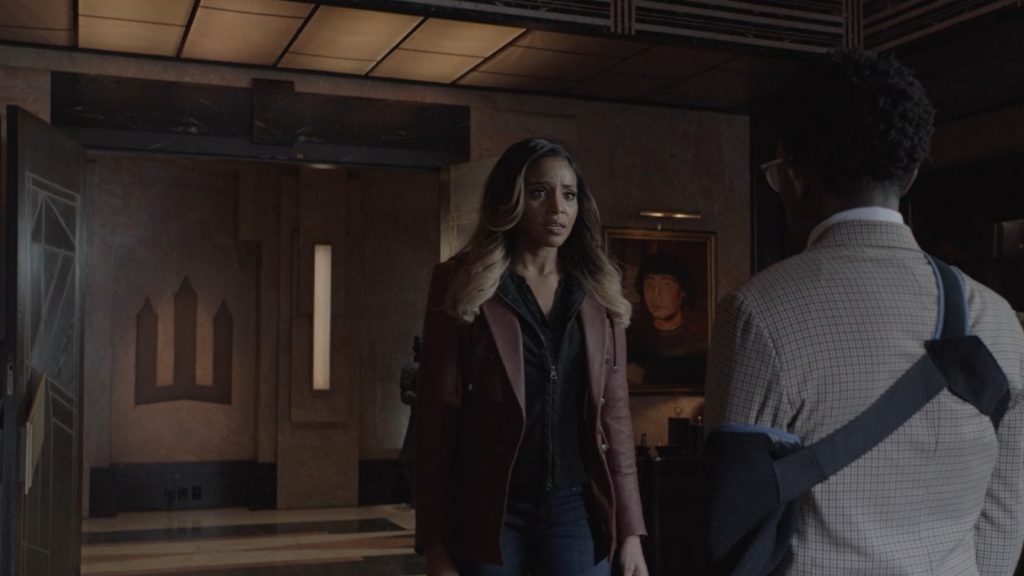 I’m just going to be honest – I was quite impressed by this mid-season finale of Batwoman Season 3. It seems like the writing has gotten tighter and more compelling this season, and I’m very happy not only to see it happen, but to occasionally get surprised by revelations. Everything starts with a brutal double cross. Ryan pretends to be going along with Marquis’ plan, and then helps Jada drug him and take him into custody. In trade, Jada agrees to have her scientists work on a cure for Mary’s transformation into Poison Ivy. Complicating things is that the team is on the clock, since soon Mary’s body will be overwhelmed by the Ivy infection.

I really thought Jada was the villain this season, but she’s proven me wrong. She’s ruthless and willing to be underhanded, but she also cares deeply about her son, broken and twisted though he is. So I suppose I owe her an apology for getting the wrong impression of her motivations.

At first the team doesn’t know that Mary and Alice are working together, until Ryan and Sophie start trading notes. Ryan makes it clear why she was unwilling to help Sophie last week, and surprisingly the other woman seems to understand. Though a big part of that might be Sophie’s guilt about sleeping around with Renee Montoya. Eventually the Bat Team connects the dots, but it’s a bit too little too late. Cause Alice and Mary are already on an epic road trip!

Welcome to the Dark Side 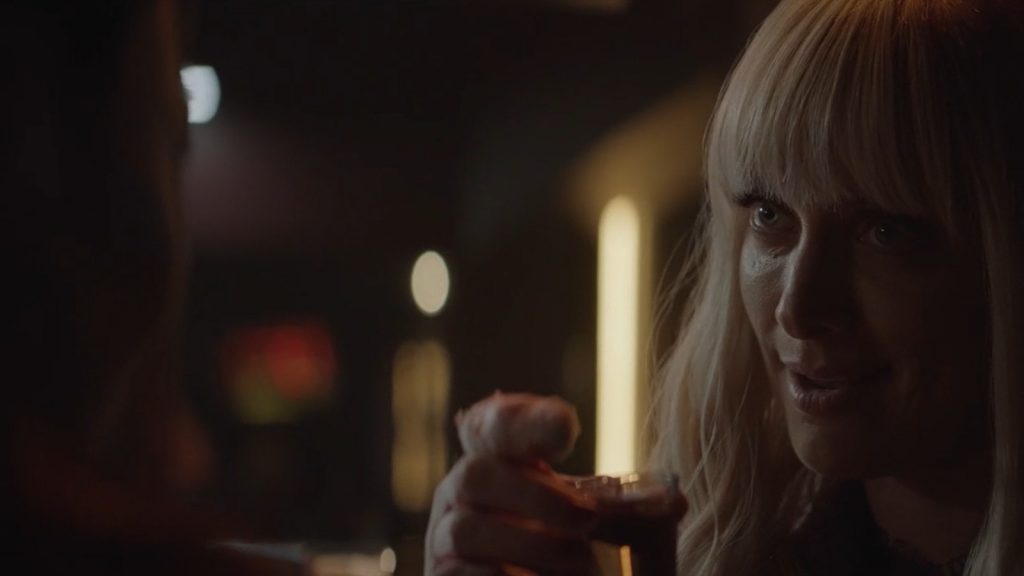 Mary clearly doesn’t have any recall for what she does as Ivy, and so she’s totally ignorant of what happened between her, Luke and Ryan last week. She’s also in the dark that Poison Mary tossed her phone in the drink, so Mary can’t call her friends. Which plays perfectly into Alice’s gloved hands. Alice is all for Mary as a villain, but first she needs her help as a doctor. She wants her step sister to remove the nanobots from her blood by performing a blood transfusion. Which leads to a hilarious series of misadventures in a bar.

While there, Mary realizes her powers are evolving, even at night time when she’s still herself. She now has access to Ivy’s pheromone powers, and uses it to dangerous effect. Worse, she seems more and more willing as the episode progresses to make ethically questionable choices. The Bat Team eventually tries to track Alice’s nanobots, but the sneaky blonde has a trick up her sleeve. She uses her own blood to paint several cars on the freeway, which splits one signal into dozens, throwing Batwoman off her trail. Which gives Alice and Mary plenty of time to find a willing donor at the bar where they’re having way too much fun. 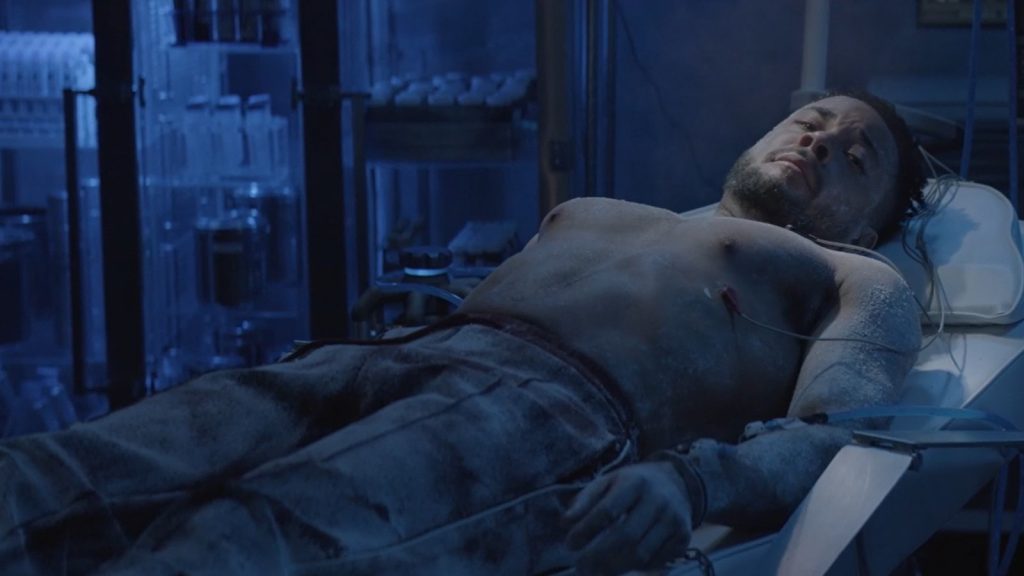 Back with Jada and Marquis, she does her best to put her plan into motion. She gets really close to freezing her son so she can thaw him out once he’s cured. And they share what seems to be a poignant moment together. I admit, I still had my doubts about the veracity of the story Jada told about Marquis being attacked and utterly changed by the Joker. But that doubt quickly faded as he broke free, took his mother hostage, and then escaped on a rampage.

Turns out, Marquis may be more dangerous than Jada made him out to be. He heads directly to Wayne Enterprises, where he’s confronted by a wounded Luke. Poor Luke still has his arm in a sling after Mary attacked him last week, and he’s in no shape to deal with the sociopathic brother. He tries calling security on him, and Marquis murders the man with a pen. Then he proceeds to beat Luke unconscious while mocking him.

This Is Me Finally Not Pretending 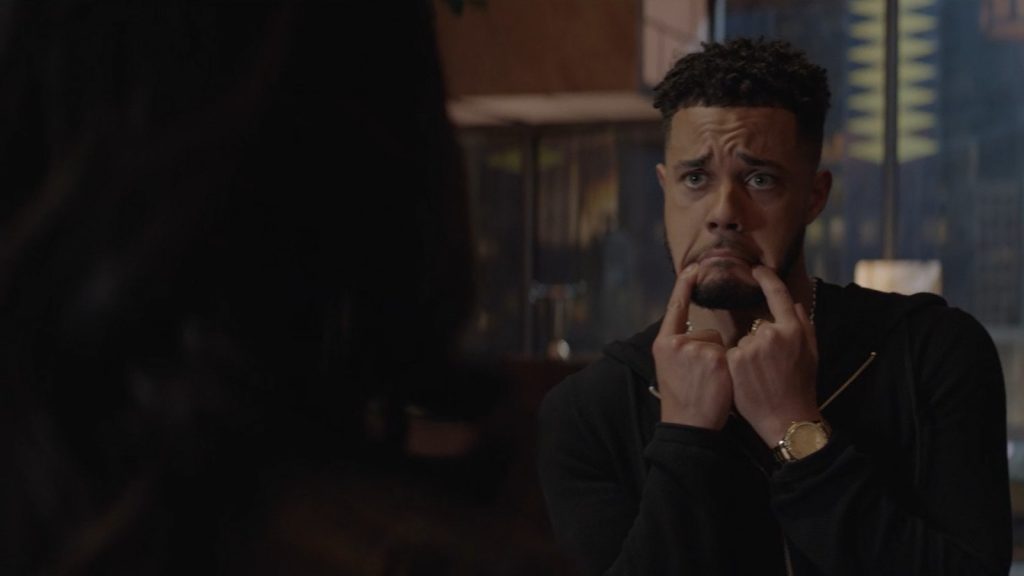 Ryan finally arrives, but things are worse than she thought. It turns out that Marquis heard his mother talking about Mary’s cure, and went on to murder the scientist that developed it. Then he stole it as leverage, and uses it to force Ryan to sign a letter of resignation as Wayne CEO. It appears that not only did Marquis’ brain chemistry get altered by the Joker’s hand buzzer, but he took a shine to the madman, and now models himself after him. And now he’s in complete control of Wayne Enterprises.

Undeterred, Ryan takes the cure and heads after the remaining 4 signals from the nanobots. Luke and Sophie talk, and he realizes Mary loves caffeine, and so they help narrow down the location to the bar. Batwoman gets there just as Mary finishes Alice’s blood transfusion, and it seems like she can talk Mary down. But then Mary uses her pheromone powers to force the truth out of Ryan, and realizes she’ll be locked away if she doesn’t take the cure. Infuriated, Mary summons vines to stop Ryan in her tracks, and shatters the cure in the process. Then she and Alice disappear into the sunset. 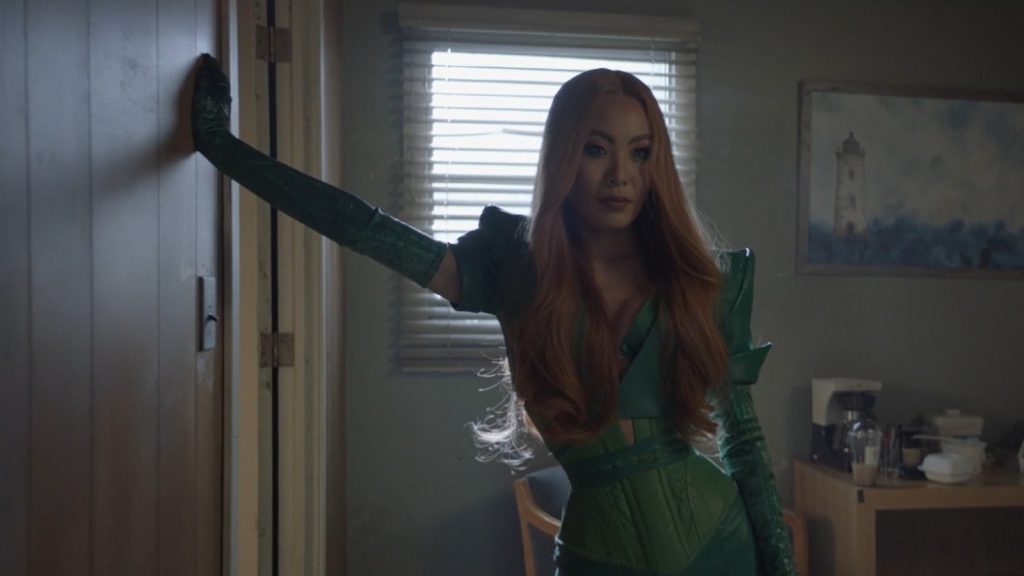 Pick Your Poison ends with some harrowing events. Ryan, Luke and Sophie manage to stay safe, but in the process are thrown out of Wayne Tower and lose all access to the Bat Cave. Though Ryan still has the suit and Bat Mobile, that’s pretty much it. While it’s some solace the demented Marquis doesn’t have access to Batman’s tools, it’s still a huge setback. Especially since he now has all the financial assets of the company, and the Bat Team are completely deprived of that resource. And as Alice and Mary are lounging around, Mary finally completes her metamorphosis into Poison Mary, and looks damn good while she’s at it.

I’m honestly really happy with the direction of Batwoman Season 3, and am excited for when it returns in January. Sure, I missed the horror in this episode that’s been so well used this season, but it excelled on so many other levels. Now to wait to find out whether Mary can still be cured, or whether she’ll spend the rest of her life as a dangerous super villain. Tune in to HPP this January for the return of our continuing coverage of Batwoman Season 3!

Prepare To Empty Your Wallets There are few things in life that make a PC gamer happier than a Steam sale. Those wonderful four times a year are looked…