An Encore Worth Waiting For 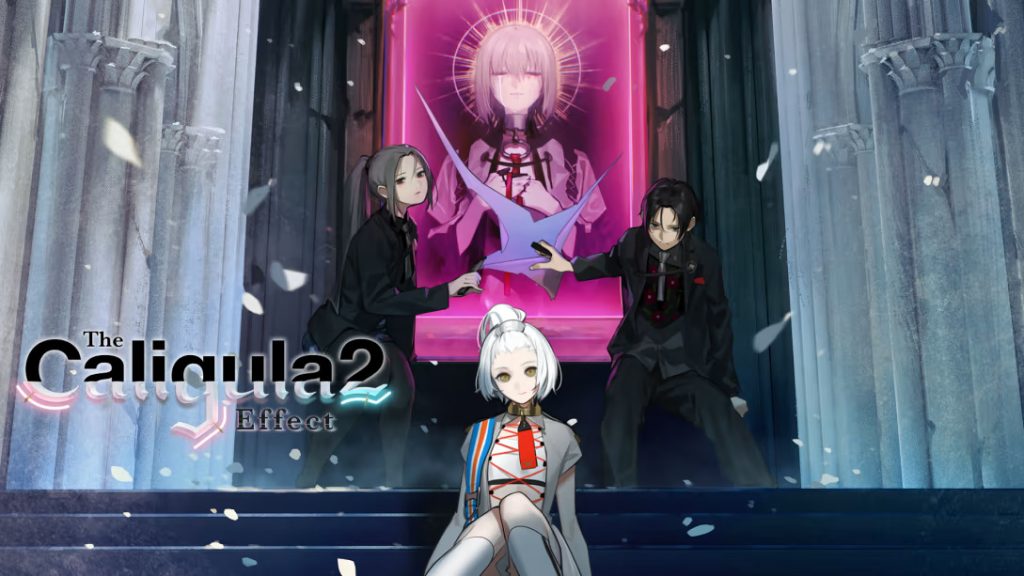 Music has always been a major part of my life in some form or another, and the ability for music to convey thoughts, feelings, and stories is something that I’ve always been incredibly enamored with. Because of this, it’s probably not surprising to hear that I, generally speaking, pay pretty close attention to video game OSTs. After all, a good soundtrack can push an already good game into a new level of greatness—a sentiment that I’m sure that I share with many.

Still, while there are plenty of games whose soundtracks I’ve ended up liking, there are a few games with soundtracks that I, personally, have been so in love with that the music ends up trumping just about everything else that the game has to offer. FuRyu’s The Caligula Effect: Overdose was one of those games, and you can bet that that turned into me being very excited about the release of The Caligula Effect 2. And, I’m happy to say that all of that excitement was not wasted when I was finally able to dive headfirst into this exquisite adventure—which goes far beyond simply being a game with a great soundtrack!

Taking the “u” out of “Failure” 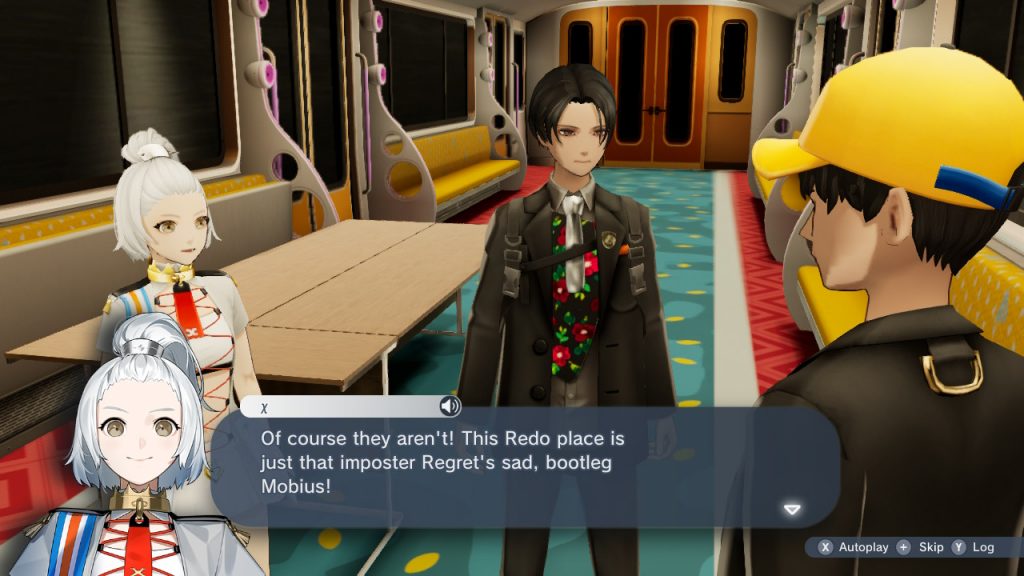 If you played either the original Caligula Effect or the upgraded Overdose version, then you should be well aware that it featured a story revolving around a virtuadoll (think “sentient Vocaloid”) named µ (pronounced “mew”) who trapped those who listened to her music in a virtual world which allowed them a second chance at life. Well, The Caligula Effect 2‘s story isn’t a whole lot different. Taking place a few years after the first game’s Mobius incident, The Caligula Effect 2 follows a brand-new Go-Home Club as they attempt to escape from the clutches of virtual Doll Regret after a chance meeting with none other than µ’s daughter, χ (pronounced “key”) helps pull back the wool from over the protagonist’s eyes in order to show them that their life within the world of Redo is nothing more than a big lie.

The Caligula Effect 2‘s story is very similar to that of its predecessors—and I mean very similar—in terms of general premise. And I’ll absolutely admit that, because of this, I was a little worried at first. Sure, the first Caligula Effect‘s story was good and all, but was it really good enough to warrant it being the focus of a sequel? Well, as it turns out, yes. Yes, it was. To begin, The Caligula Effect 2 doesn’t just try to re-tell its predecessor’s story with a new set of characters. Instead, it seeks to expand upon the events of the original by introducing a repeat of the first game’s catastrophe. The Caligula Effect 2‘s story references the original game’s events a surprising amount (although not so much that it overshadows anything currently going on) and Redo is described not as a simple copy of Mobius, but as a superior version of Mobius—and, similarly, that the world’s virtuadoll, Regret, is a superior version of µ—and the way in which this game goes about showing this is incredibly impressive. 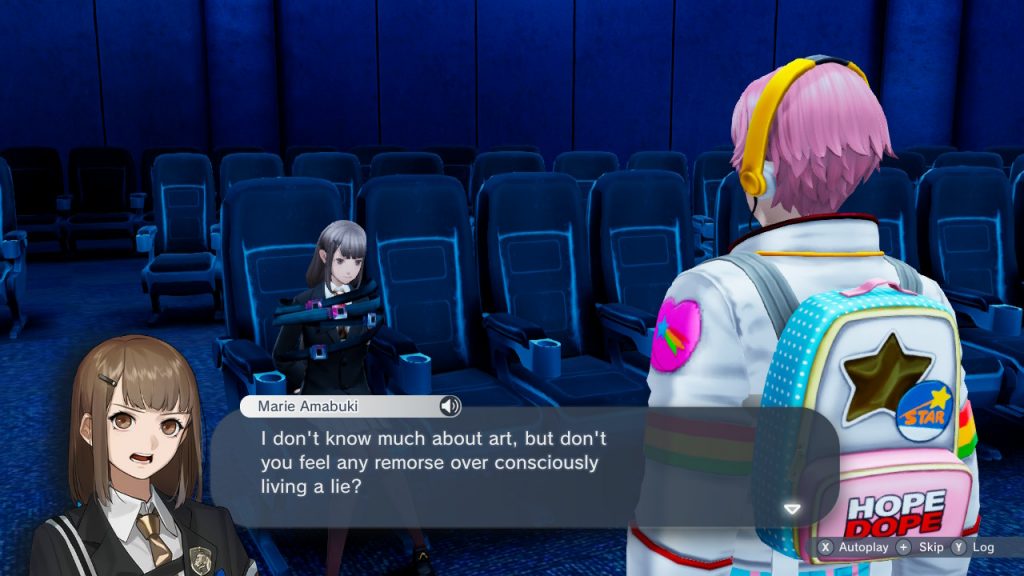 The other way that The Caligula Effect 2 distances itself from its predecessor comes into play when viewing its thematic emphases. While the first Caligula Effect focused on the potential joy that one could obtain from future possibilities, The Caligula Effect 2 favors the other side of the proverbial coin by emphasizing the sorrow that one already has obtained from events that transpired. Redo, as the name implies, isn’t a chance to live out your dream life—it’s a chance for those who have deemed themselves “failures in life” to turn their worst mistakes around. The Caligula Effect 2 wonderfully encapsulates this theme—not just through grand, sweeping narrative gestures, but via a myriad of subtle story design choices as well. And, of course, I’d be remiss if I didn’t mention how wonderfully each of the game’s songs plays into the overall theme as well (it’s worth looking up the lyrics if you get the chance!)

What a Wonderful World 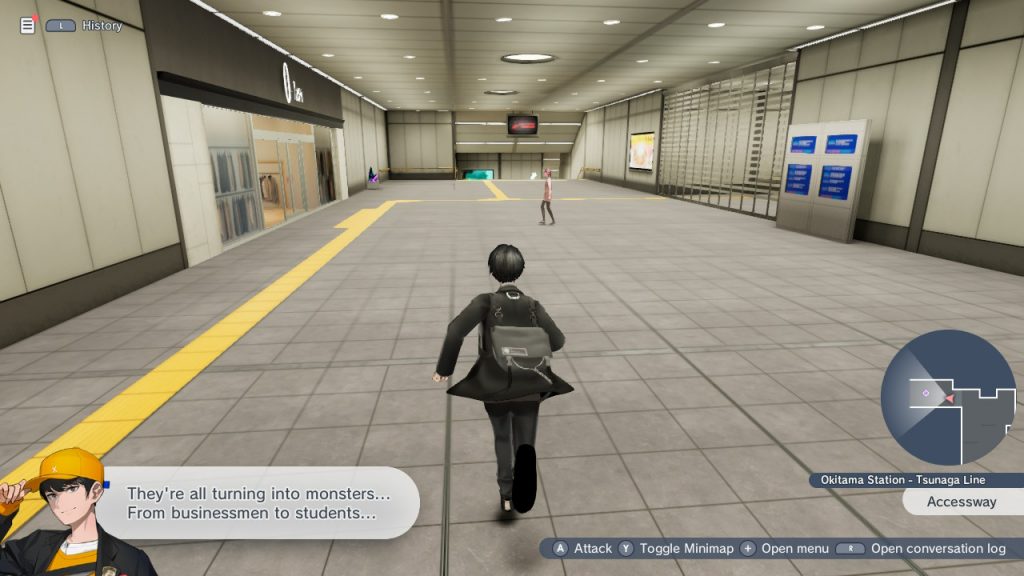 The Caligula Effect 2 once again turns the ordinary into the extraordinary.

The Caligula Effect’s wonderful choice may be my favorite thing about it, but it wasn’t the only thing about the game that I appreciated. On the contrary, there was quite a bit that the game did that I liked a lot—and the same can be said about the way The Caligula Effect 2 handles things, too! Much like its predecessor, The Caligula Effect 2 is a turn-based, dungeon crawler of a JRPG whose dungeons look like anything but. Featuring things like a subway station, a museum, and a hospital (a normal one, not a haunted one), every single area that you end up exploring in the game is about as normal as normal can be—in fact, you’ll constantly find yourself running into other normal, everyday people—some of whom you can even befriend or embark on quests for!

Aside from differing locales, there really isn’t a lot that separates The Caligula Effect 2’s dungeons from those of its predecessors. Arguably, this game’s dungeons are set up even more innocuously than those of the first game—with a good number of them appearing downright inviting—which only helps to instill into players the sense that all isn’t well within the false paradise of Redo. It’s strangely unnerving running around and fighting for your life in areas deemed “entirely safe” by everyone around you, but such is the life of a Go-Home Club Member—and I suppose that I wouldn’t have it any other way.

It’s All In Your Head 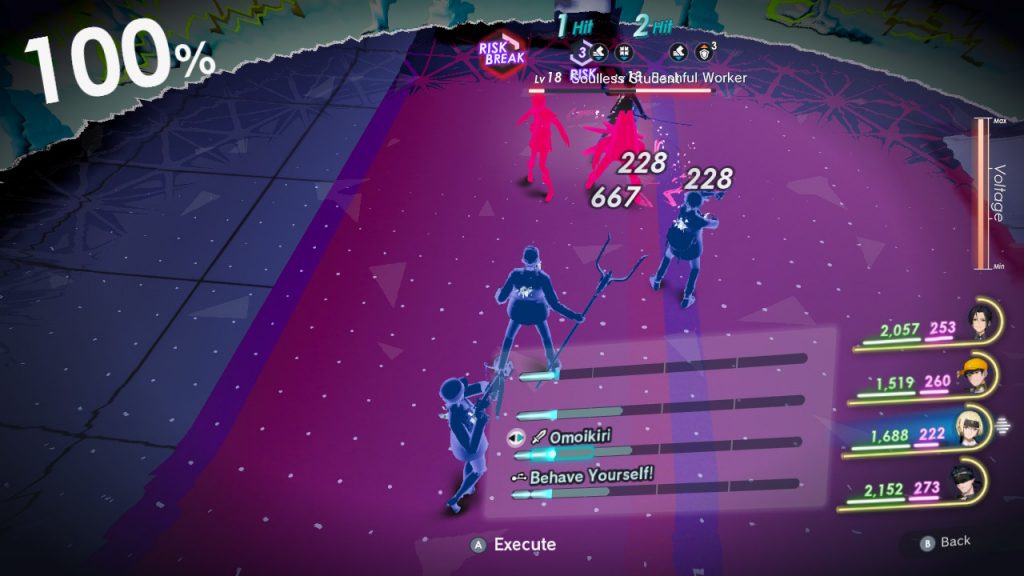 Yet another similarity that The Caligula Effect 2 has with its predecessor comes into play with combat, which once again features fairly standard turn-based combat with a single, but very substantial, gimmick thrown into the mix. Contrary to most other turn-based games out there, The Caligula Effect allows players to literally always know what’s in store for them via the use of something called the Imaginary Chain. The Imaginary Chain will automatically activate each time a player selects an action for one of their characters and allows to see how things will play out (assuming all enemy and ally abilities hit). And, if you don’t like what you see, all you have to do is back out and try again—there is literally no limit to how many times you can use this thing.

Now, being able to literally predict the future throughout the entirety of every single battle might make things seem a little, well, cheesy—but don’t go dipping your nachos into this gimmick just yet! As someone who decided that it would be a good idea to play this game on the hardest difficulty the first time through, I’m a firm believer that The Caligula Effect 2‘s Imaginary Chain gimmick is not only useful (especially when compared to how the previous game handled things), but downright mandatory if you want to get out of battles alive. Enemies, at least on harder difficulties, are extremely lethal (even the lowly grunts), meaning that you have to put a lot of strategy into how things are going to play out—and it’s only thanks to player clairvoyance that you can scrape by. It’s also strangely addicting to use after a while, and, if you’re anything like me, you’ll eventually find yourself trying to set up deft doges and crazy combos just for the heck of it. 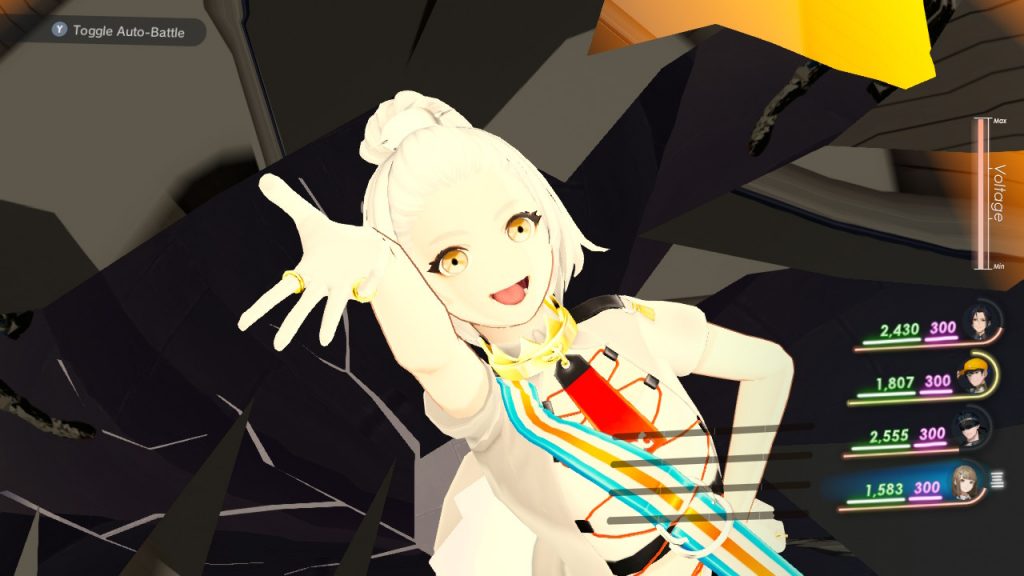 Boy howdy, χ, that is an awful lot of saturation.

The Caligula Effect 2 isn’t entirely without its own identity, though. Thanks to the abilities of your Soul Partner χ, the player is able to use a special technique known as χ-jacking to quite literally steal the show from Regret. By executing a χ-jack during battle (which can literally be done whenever you’d like), χ begins taking over the radio waves with a cover of one of Regret’s songs, which temporarily boosts your stats (with different songs boosting different stats) and letting every single party member immediately take an action. The χ-jacking ability is insanely powerful, and, naturally, takes a while to charge up in between uses, but the ability to override the flow of battle with magical, musical might can really help out when you’re in a pinch.

The χ to my Heart