Get Pumped and Primed for Warframe’s Prime Resurgence Event 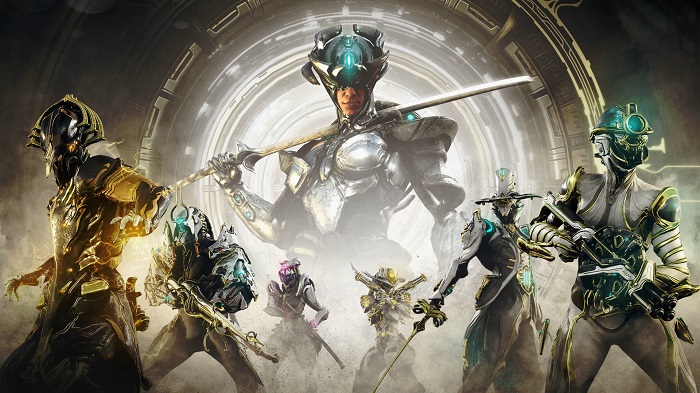 With the New War on the horizon, Warframe‘s getting ready to gear up for the fight with the announcement of the Prime Resurgence. Varzia Dax, one of few surviving Dax soldiers from the Orokin Empire, has decided to help the Tenno get an edge on the opponents ahead. Usually, over the course of Warframe, there’s only ever been two Prime Warframes, along with their weapons and accessories, unvaulted at a time for around six months. But, not this time. In the span of a couple of months, you’ll be getting access to all 18 of the Prime Warframes, as well as the Prime Weapons and Prime Accessories!

During this event, when you’d normally get Void Relics during a mission, you’ll instead find something called Aya. You can exchange this Aya with Varzia to get the corresponding Void Relics for your desired Prime Warframes and Weapons. You can also purchase Regal Aya for real-world money and outright buy your desired Prime Warframes and Weapons, as well as their accessories, either individually or as a pack.

There are a couple of things to keep in mind for this event. Do note that while everything Prime-related will be available during the event, they won’t all be available at once. Every week there will be a new rotation of Prime content. You’ll be able to find Varzia in Maroo’s Bazaar on Mars. Also, sadly, Excalibur Prime, Skana Prime, and Lato Prime are not going to be in this since those are still locked to the Founders Program. Also, you can buy stuff locked to Prime Gaming using Aya as well. The event starts on November 16th and will last up until January 18th, with the first rotation featuring Mag Prime and Nova Prime, as well as an assortment of weapons and accessories detailed below. 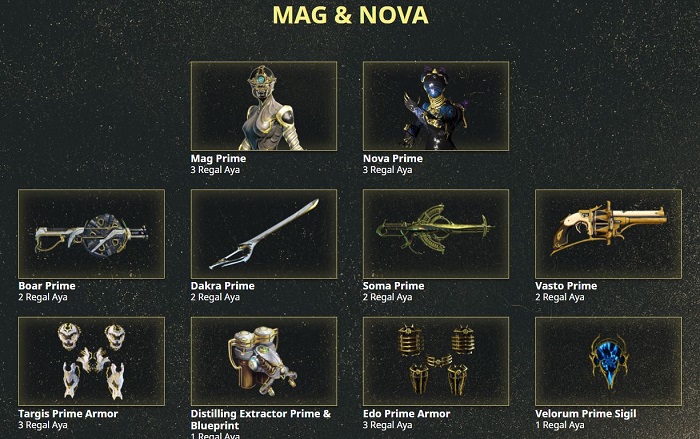 Here’s the full list of rotations we’ll be seeing.

That’s the gist for the Prime Resurgence event for Warframe, but if you’d like to learn all the finer details and such, please go visit Warframe’s official page here. We’ll be posting updates and information on the rotations as they come out, so stay tuned for more of the latest on Warframe here at Hey Poor Player! 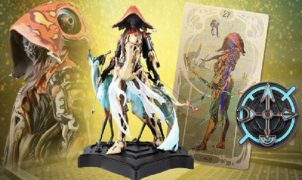 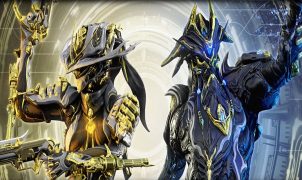